A kitten decided to accept another cat who had been found outside, not knowing they needed each other.

A pair of 2-day-old kittens arrived at the county shelter in Tampa, Florida, desperately needing help. They had been found as orphans in rough shape.

AnimalLuvr’s Dream Rescue took them in and immediately placed them in a foster home where they received critical care. Despite their best efforts, one of the kittens lost her fight, but they were able to save her sister, Peyton.

With round-the-clock feedings and painstaking care, the little gray kitten perked up and let out her first purr. 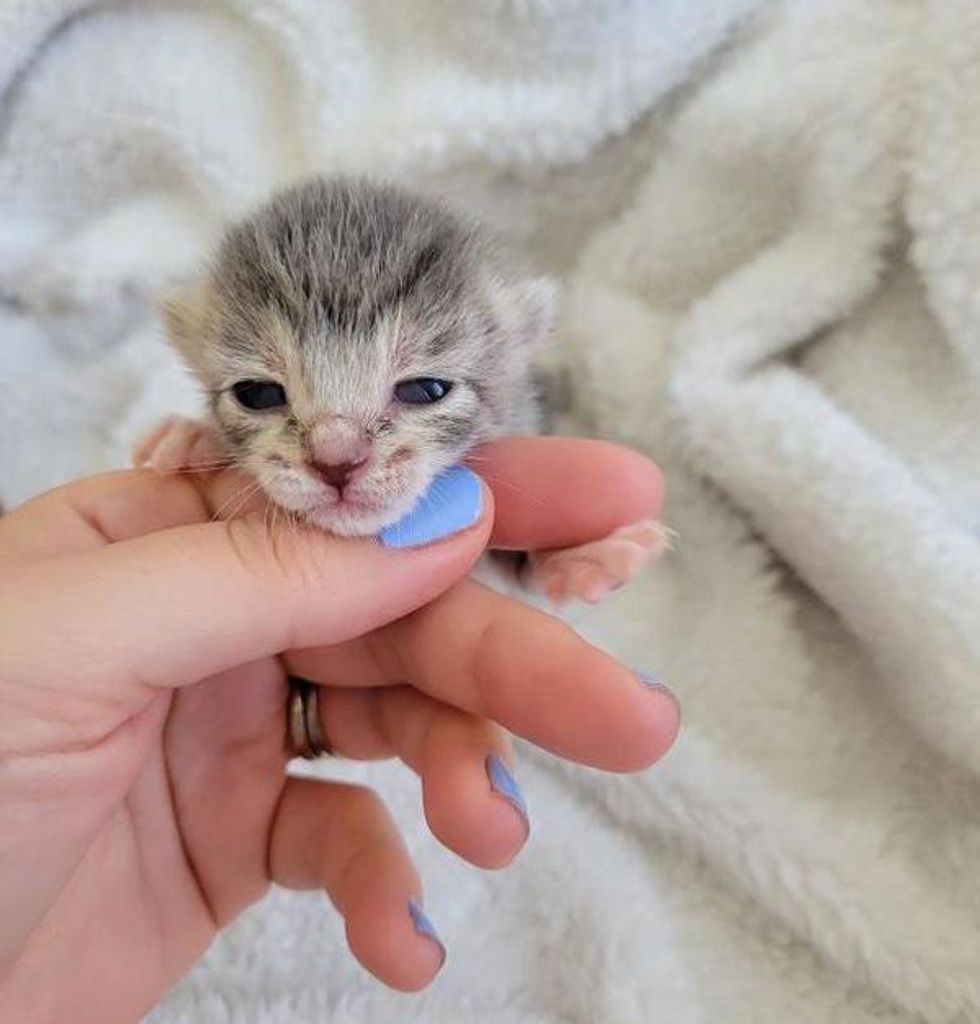 Peyton was a fighter at just a few days oldNadija @tiny.paws.fosters

“Thankfully, Peyton turned a corner and started thriving after a stressful two weeks of worrying about her and having her on meds,” Nadija, a foster volunteer of the rescue, told Love Meow.

As soon as her legs were strong enough, Peyton tried to explore and wriggle around her nursery with her newfound strength. She quickly discovered her penchant for hugs and had a faux momma (a cuddle toy) to keep her company at all times. 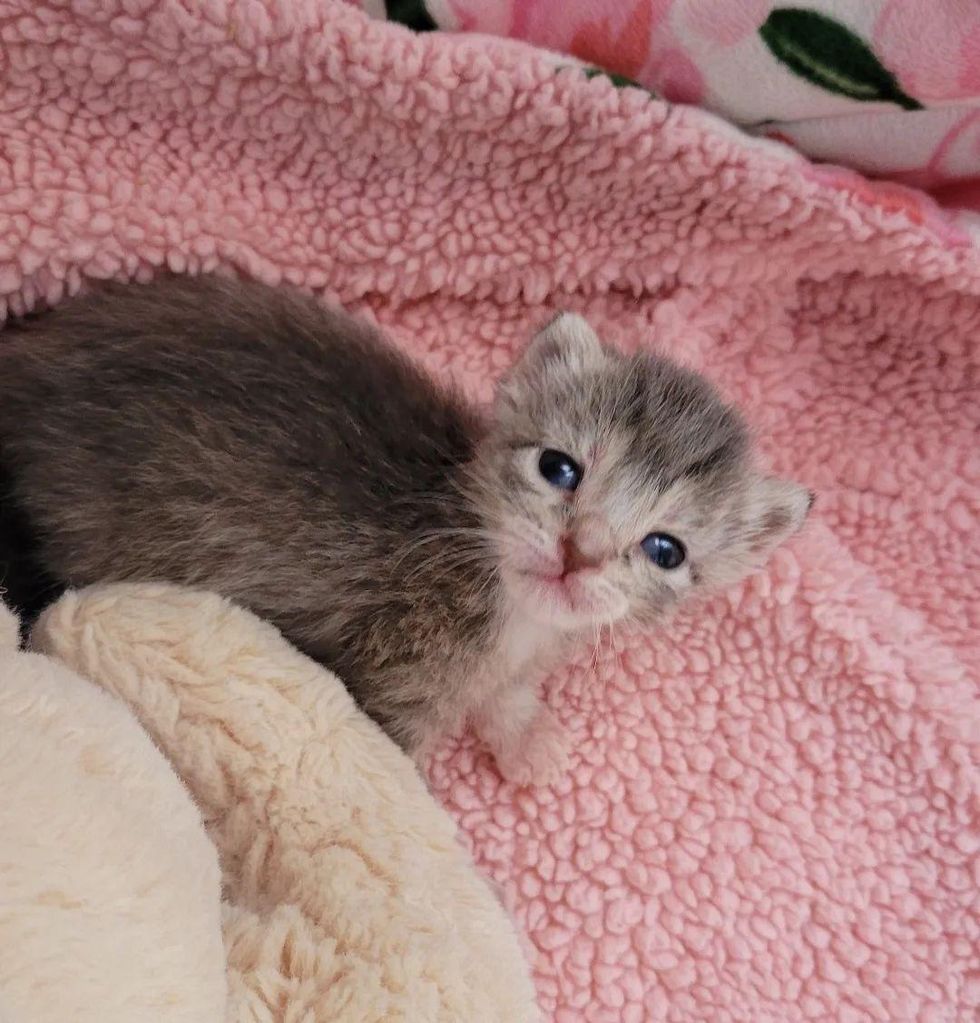 She bounced back on her feet and became a brave, outgoing kittenNadija @tiny.paws.fosters

“This sassy and sweet little lady has never met a stranger. She is incredibly brave, outgoing and curious.”

Knowing how much she could benefit from having a friend, they planned to introduce her to other fosters. Around that time, Nadija was contacted about an orange tabby who had been brought into the rescue as a singleton. 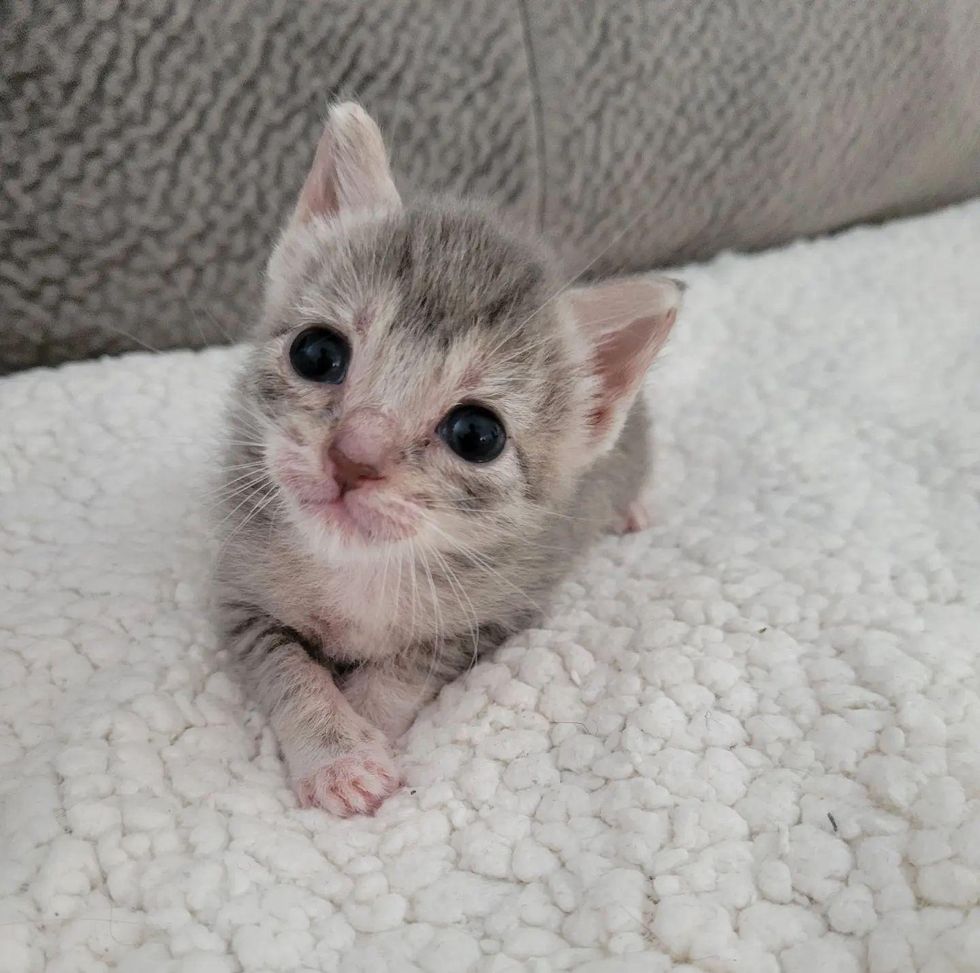 “Hart (the orange kitten) was found all alone by a good Samaritan, in horrible condition. He was only four weeks old, had a scratched up nose, upset belly, malnourished and so hungry,” Nadija shared with Love Meow.

“After a few good meals, lots of naps and meds, he began to feel better. He gained weight and started to have energy to play.” 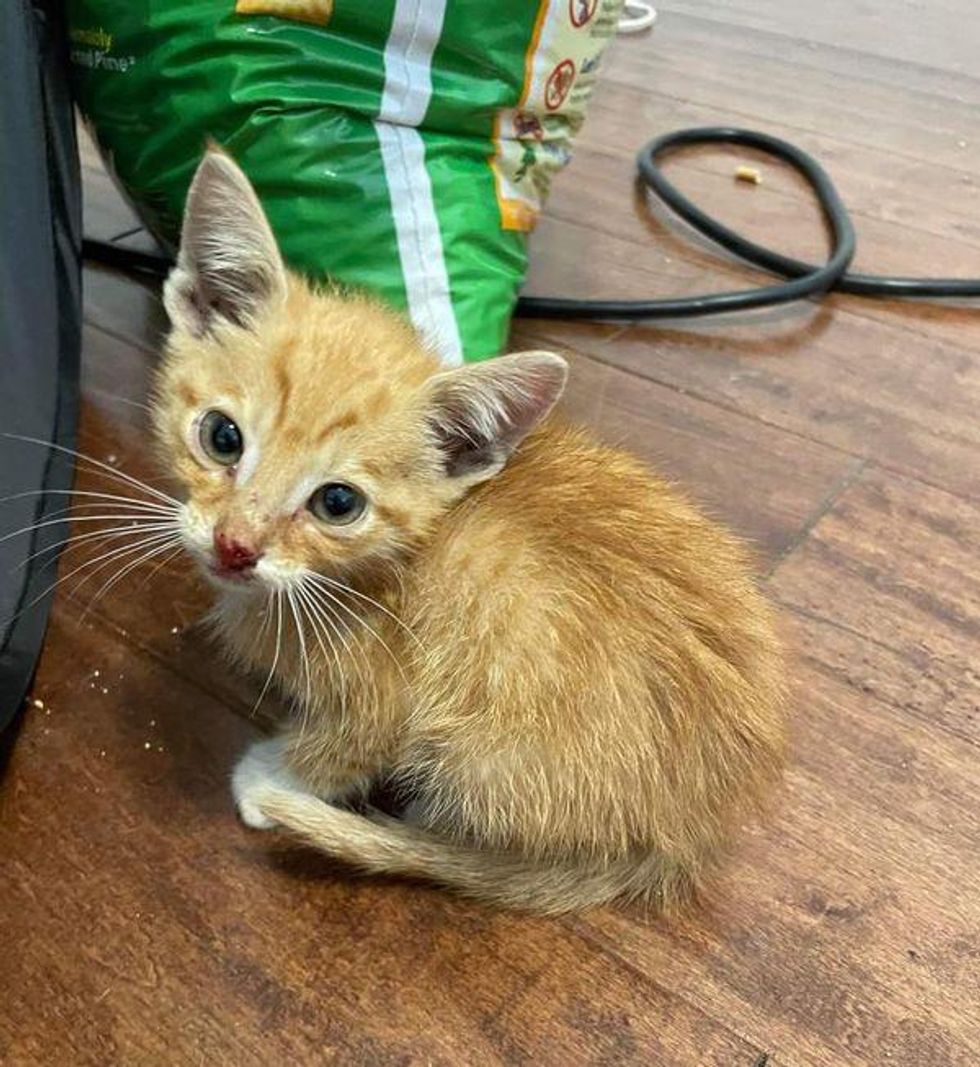 With a roof over his head and food at his disposal, Hart turned into a rumbling purr machine and a clingy lap kitty.

“He starts to purr the second you even look at him and just gets louder as he makes his way into your lap. He is a handsome ginger with tiny white socks and gorgeous green eyes.” 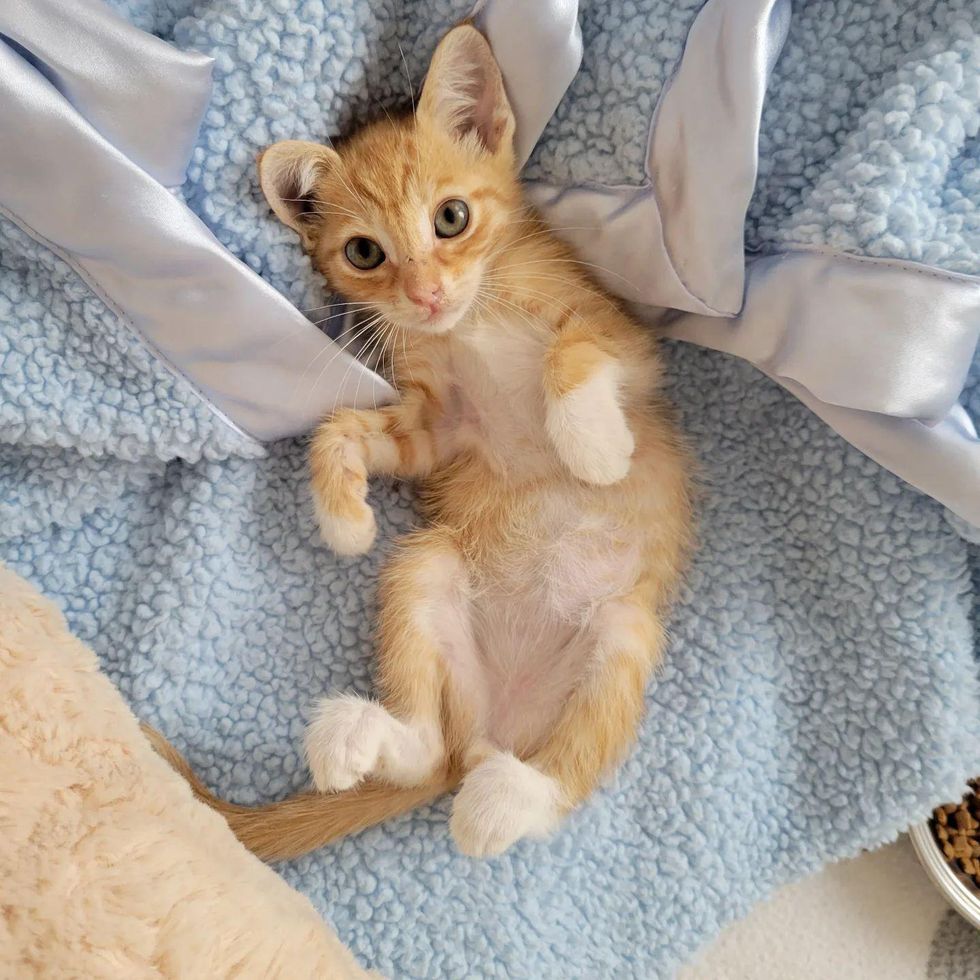 He was nursed back to health and turned into a purr machineNadija @tiny.paws.fosters

Hart insisted on sitting on her foster mom’s lap while she worked, and would happily take all his naps there. As a lone kitten, he was eager for a buddy whom he could play and cuddle with.

The rescue decided to introduce Hart and Peyton, as they were both in need of a friend. 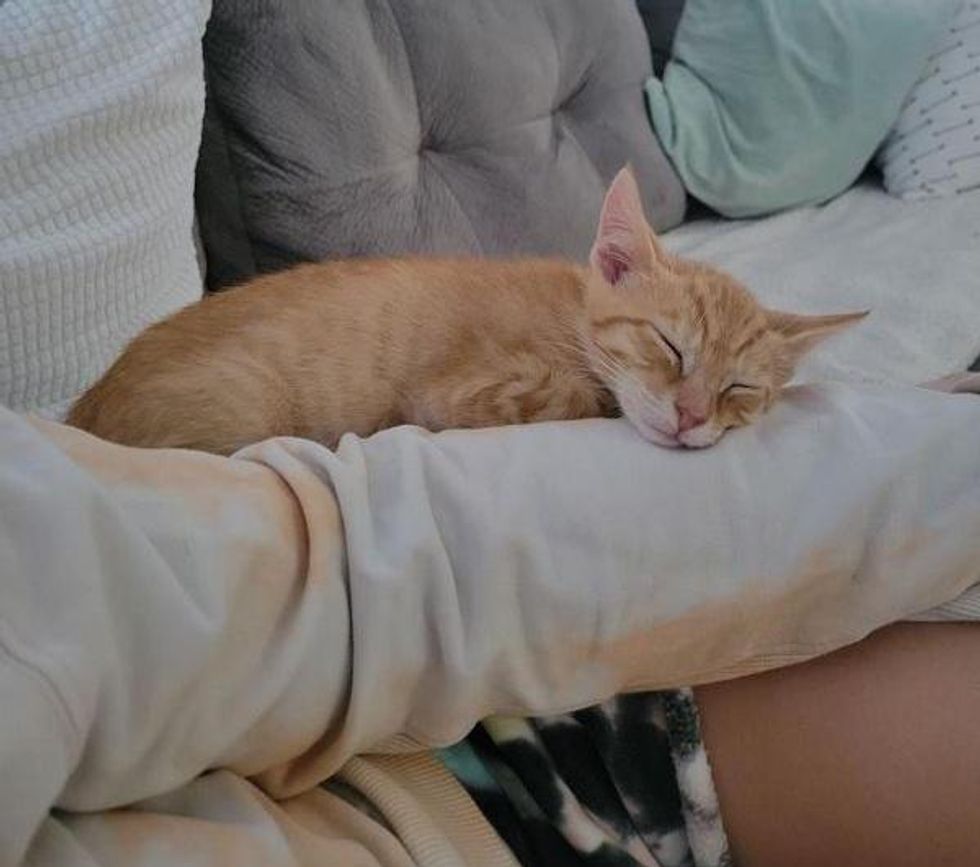 Hart loves to snuggle and doesn’t want to be alone any moreNadija @tiny.paws.fosters

After a few words exchanged, growls over sharing food, the two began to snuggle and even groom each other as if they had always been littermates.

Peyton likes to carry toys twice her size in her mouth, and shares them with Hart who follows her everywhere around the house. 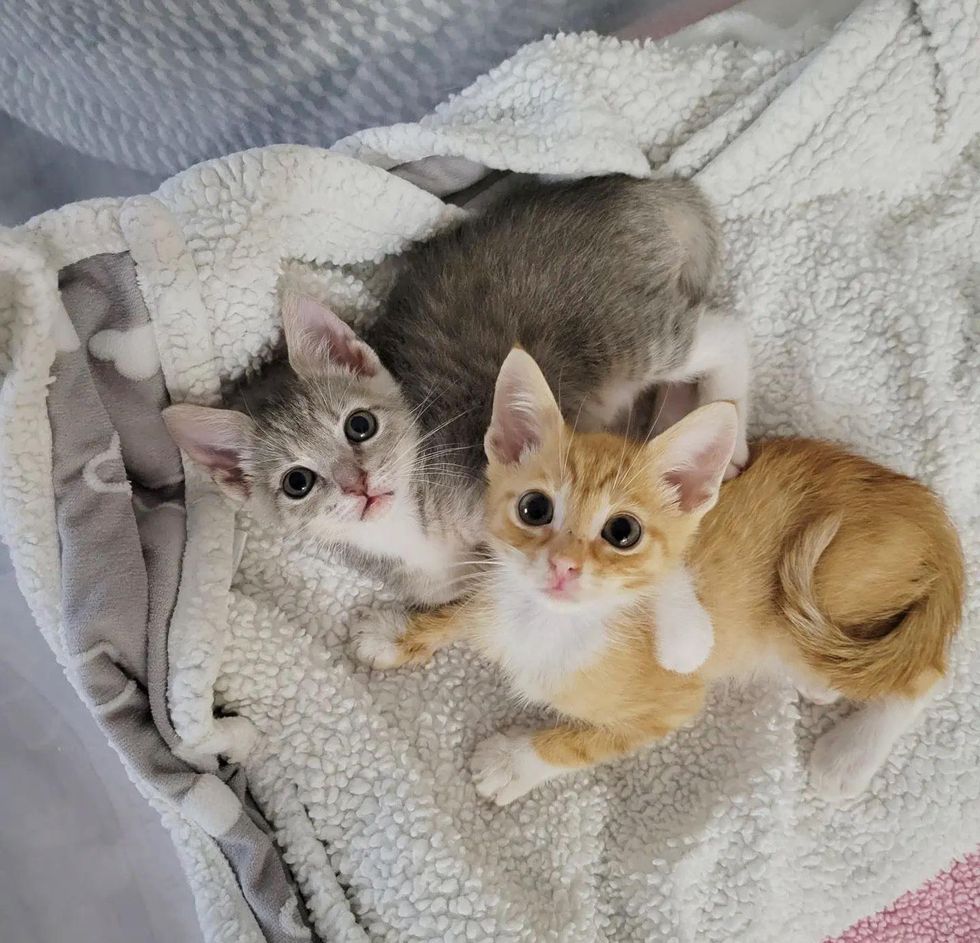 “They are besties who zoom through the house playing, wrestling and getting into trouble together.”

Peyton is the pestering sister, constantly wanting to play, and Hart is the sweet brother who is so content to just be around her. 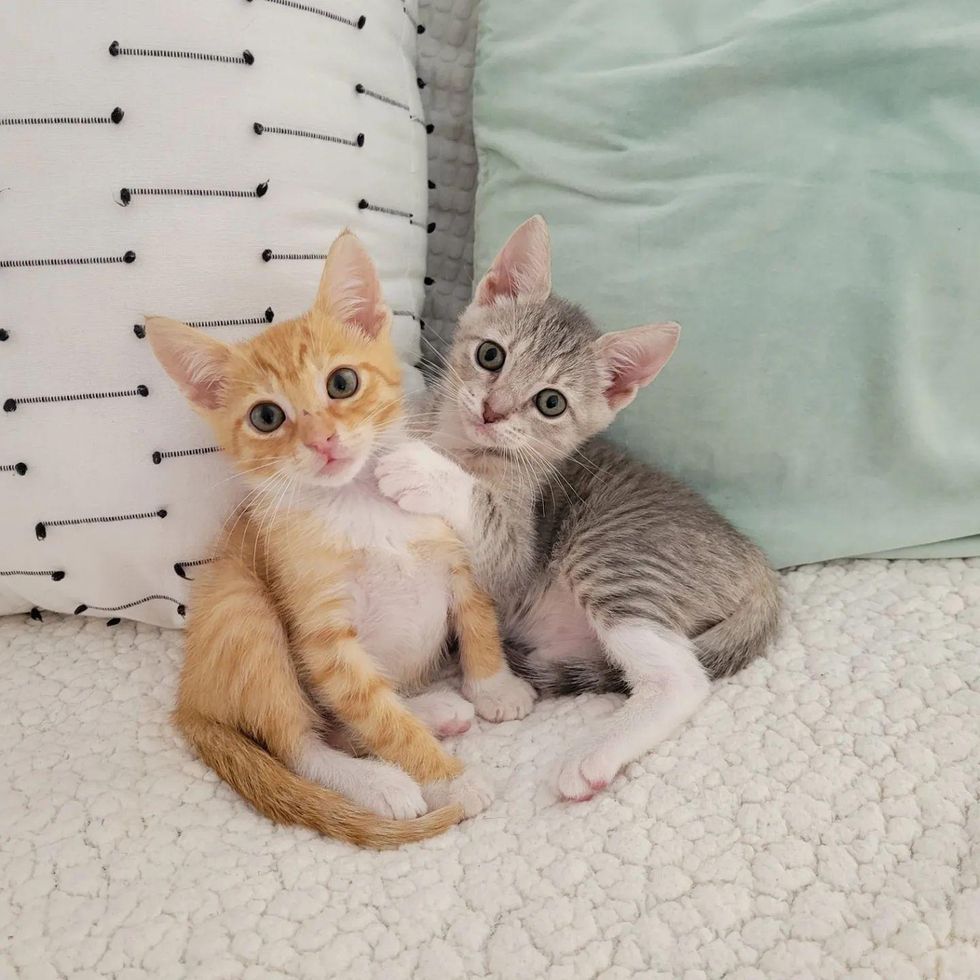 When it’s time to recharge from all the romping and tumbling, Peyton often wraps her arms or body around Hart, and they fall asleep to the tune of their harmonized purrs. 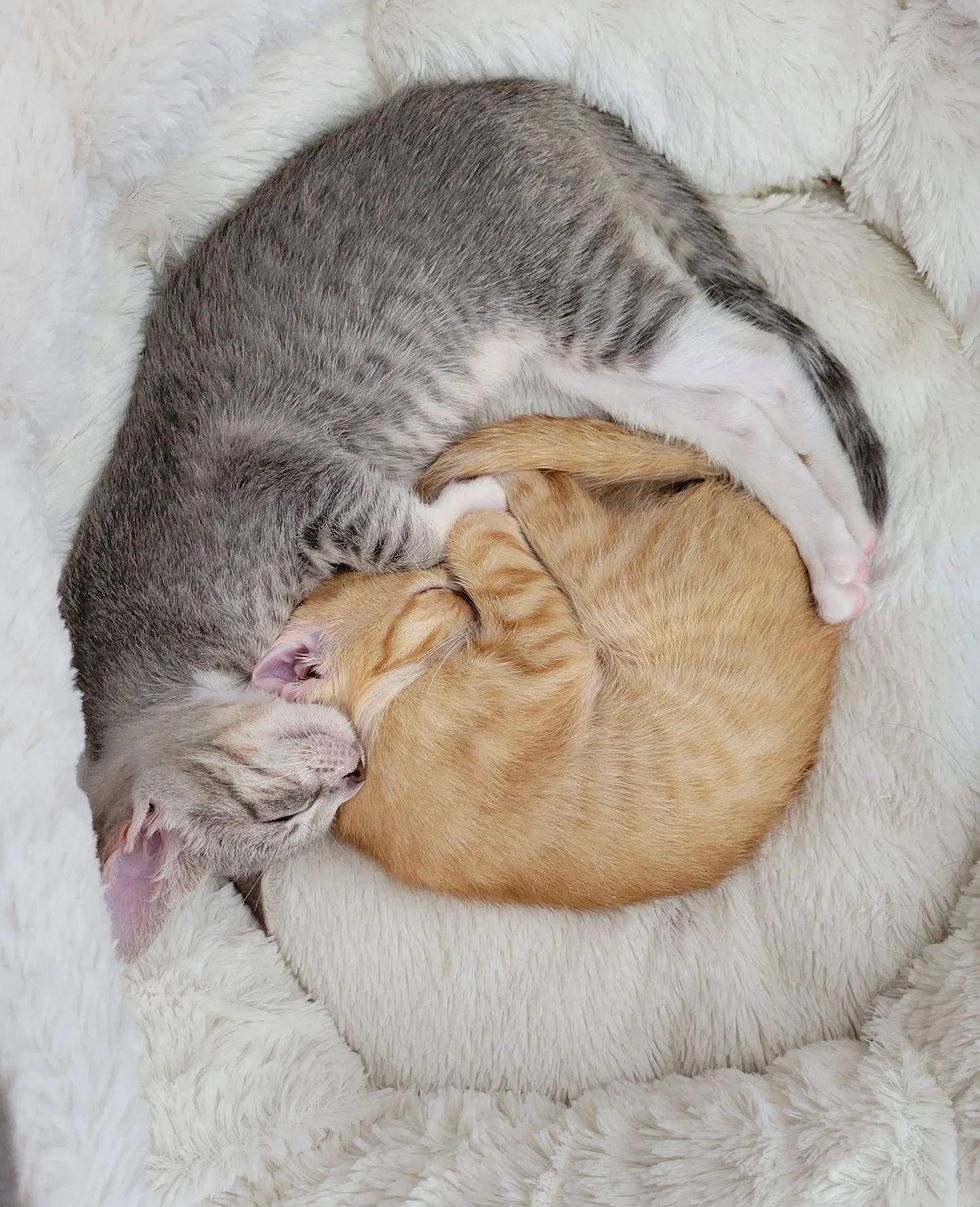 “They are very playful together, lots of wrestling and chasing each other. But when it’s snuggle time, they both nap together or come on the couch and cuddle up with me,” Nadija shared with Love Meow. 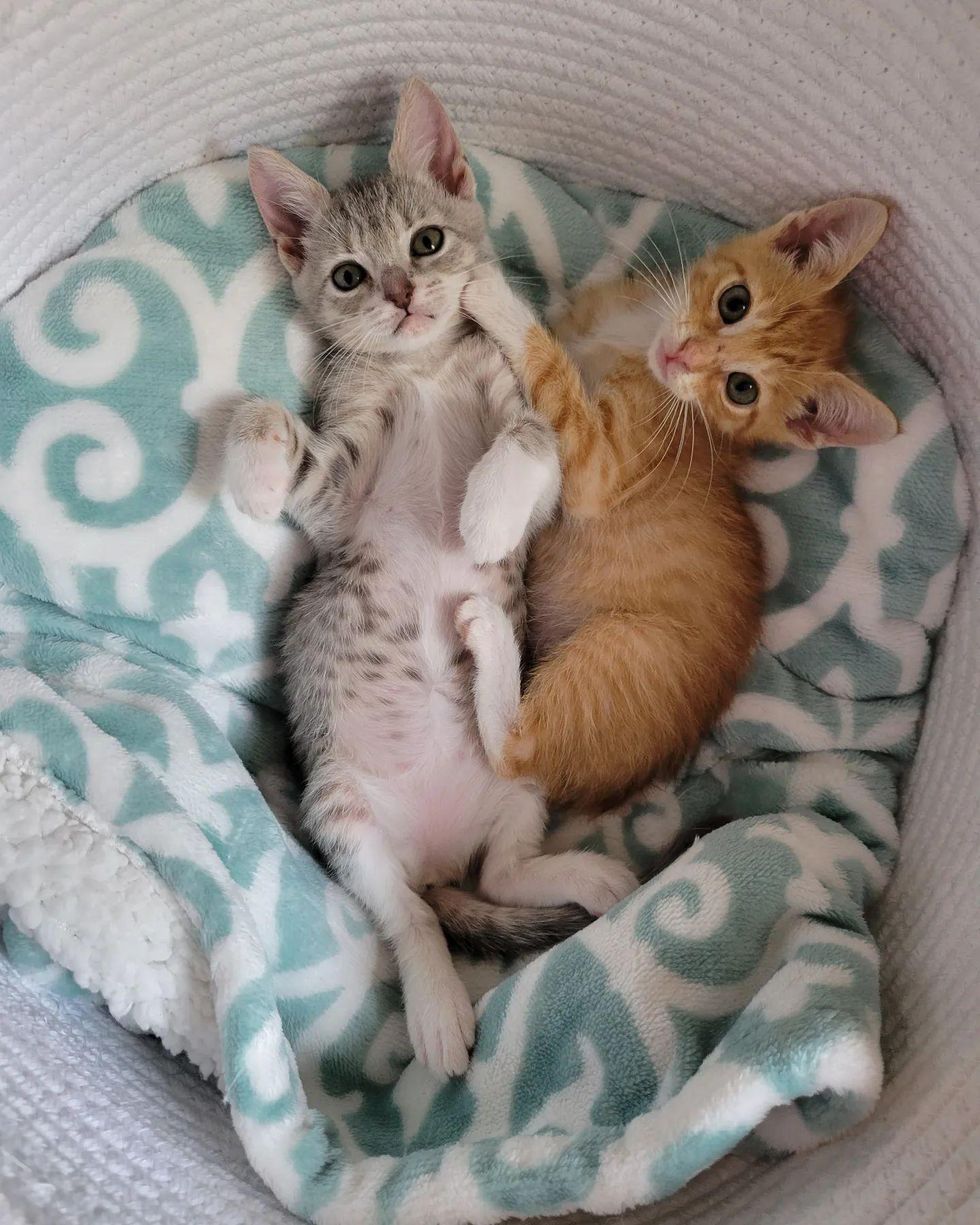 The two best friends have come a long way, and are now ready to find a loving home where they can stay together, forever. 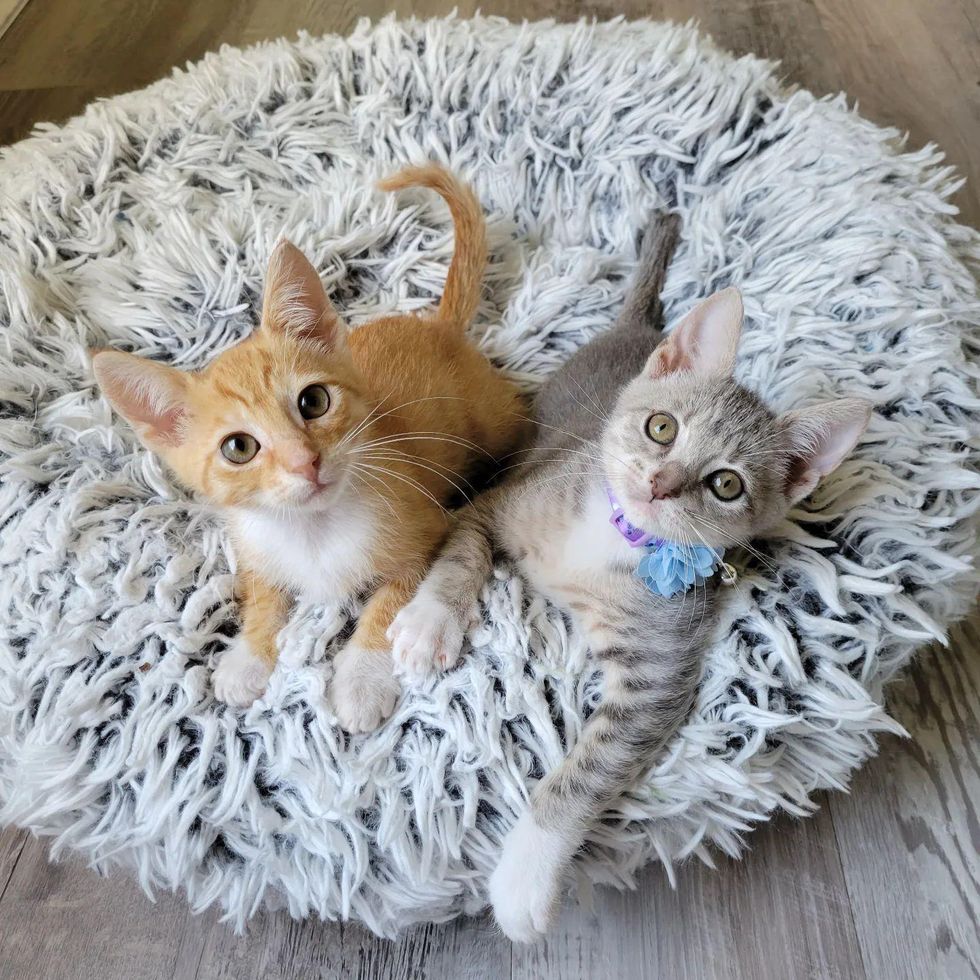 Related story: Kitten Arrives as Orphan Eager for Warmth, Finds Cat Who Doesn’t Hesitate to Take Him in

Twin Kittens Keep One Another Strong After Being Found as Orphans, and Blossom Together

4 Kittens Found Just Days After Birth, Shower Each Other with Hugs Throughout Their Journey to Dream Homes

4 Kittens Found Just Days After Birth, Shower Each Other with Hugs Throughout Their Journey to Dream Homes