Kitten ‘Roars’ His Way Out of the Outdoors, Now Zooms and Jumps Around with His Twisted Limbs

A kitten “roared” his way out of the outdoors. Now, he zooms and jumps around with his twisted limbs. 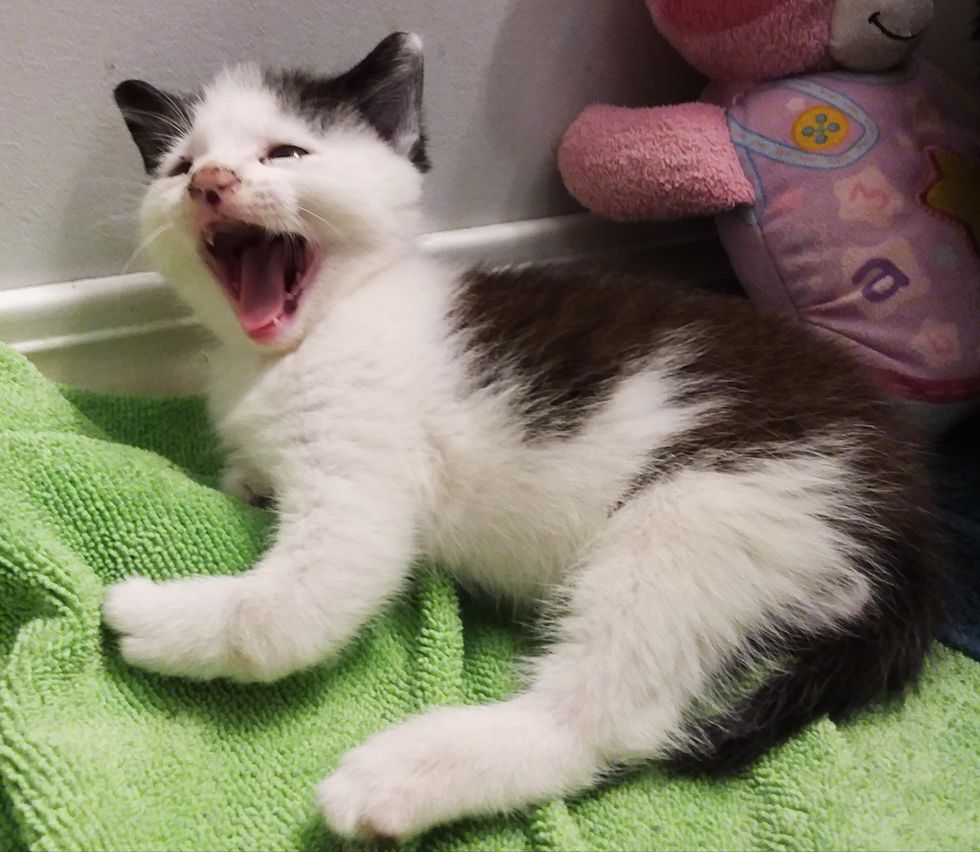 A black and white kitten with a big voice was found on a rural property in need of rescue. A feral cat had been moving her kittens, but leaving the runt behind.

When the property owners heard the kitten’s “roaring” plea, they came to his rescue and noticed that he had deformed front legs. They brought him to safety and reached out to Steinbach and Area Animal Rescue (SAAR, in Manitoba, Canada) for help.

“He was about five weeks old at the time but looked smaller, and he was so precious and tiny,” Raelle, SAAR Medical Director and Cat Intake/Foster Coordinator, told Love Meow. 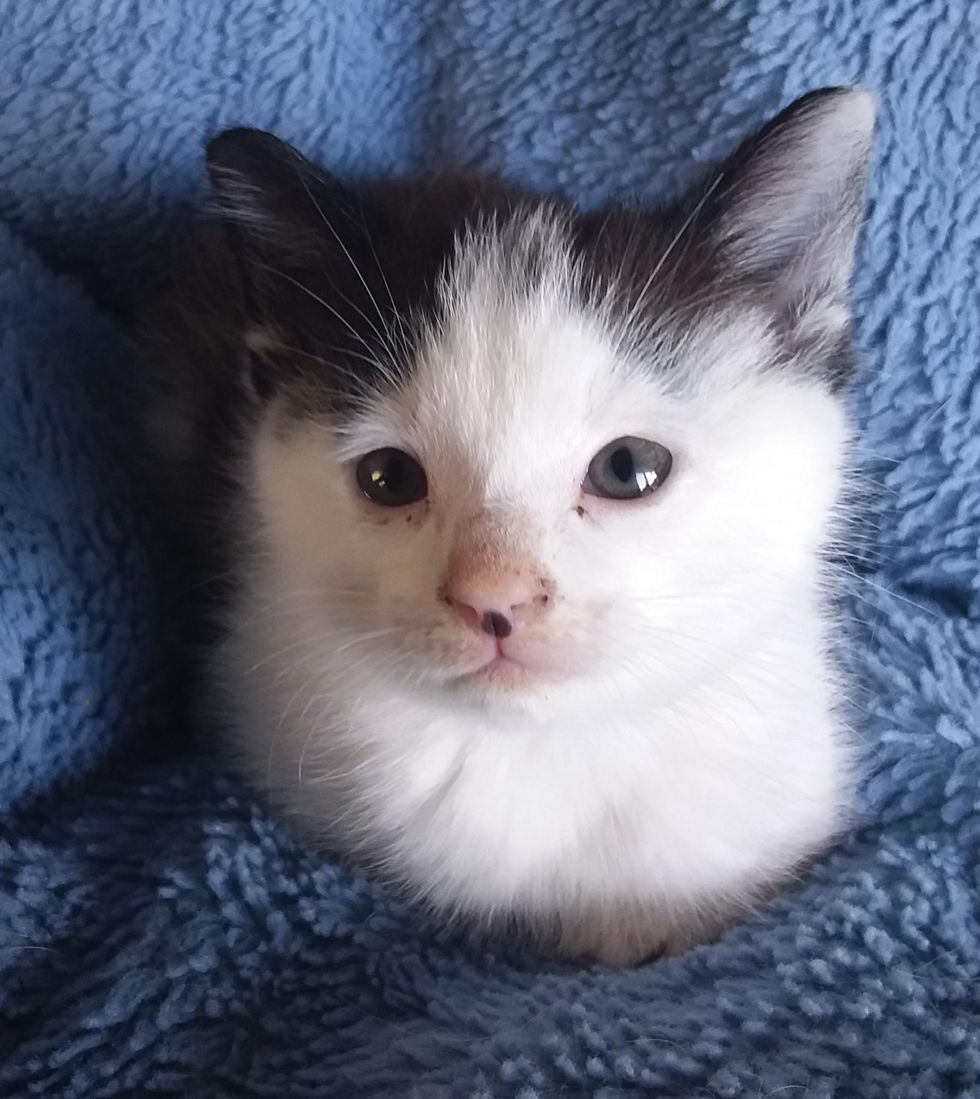 Raelle took the kitten in and started caring for him around the clock. Knowing how much he craved attention and comfort, Raelle put on a hoodie made specifically for cuddling small rescue animals, with a soft fleece lined pouch in the front. So the little bundle of fur could be tucked in and cozy up all day.

“I carried him around with me as much as possible to keep him warm and help him feel safe. When I wasn’t carrying him, he slept curled up around a stuffed panda bear and a lullaby sound machine bear.” 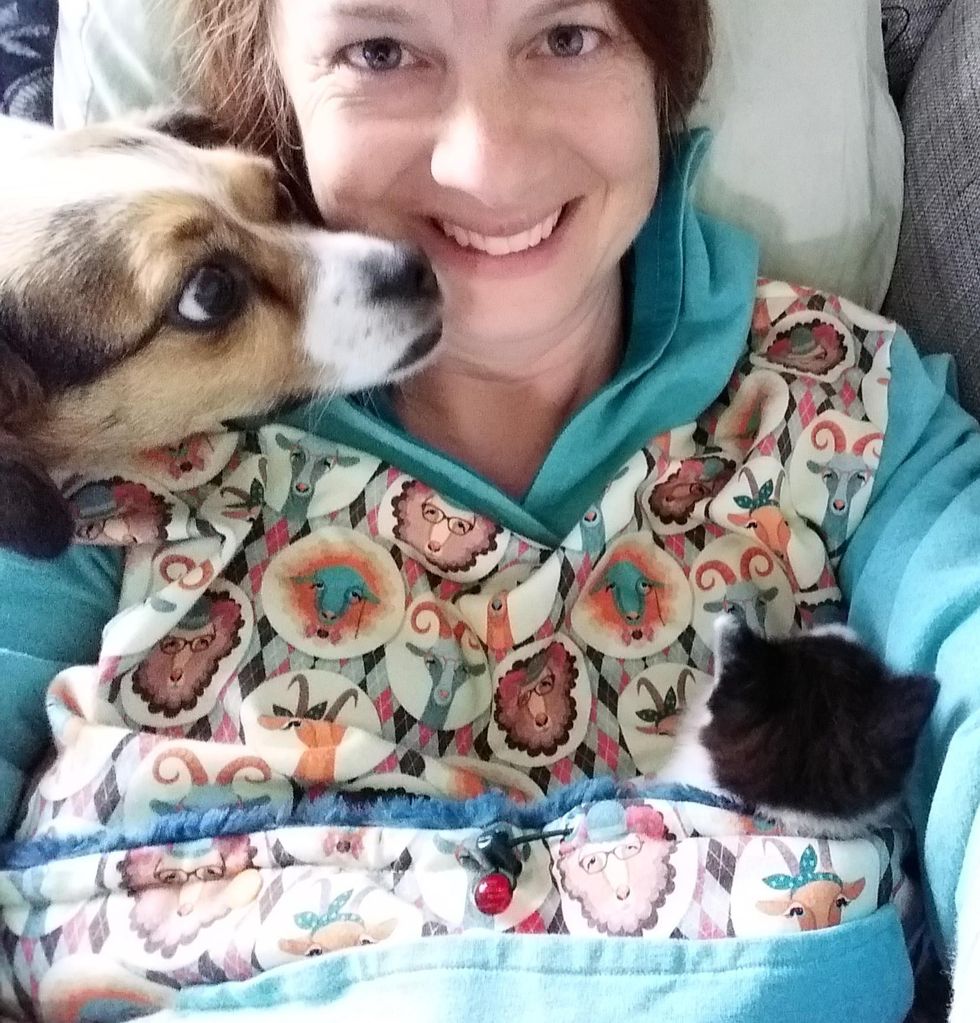 Raelle and her 5-year-old son named the kitten Professor X after a character from the X-Men. He was born with deformed front legs and toes due to congenital defects.

“He has a partial paw pad and toe on the outer aspect of what would be his elbows. The toes on his front feet also are a bit odd but there’s no impact on his health,” Raelle added. 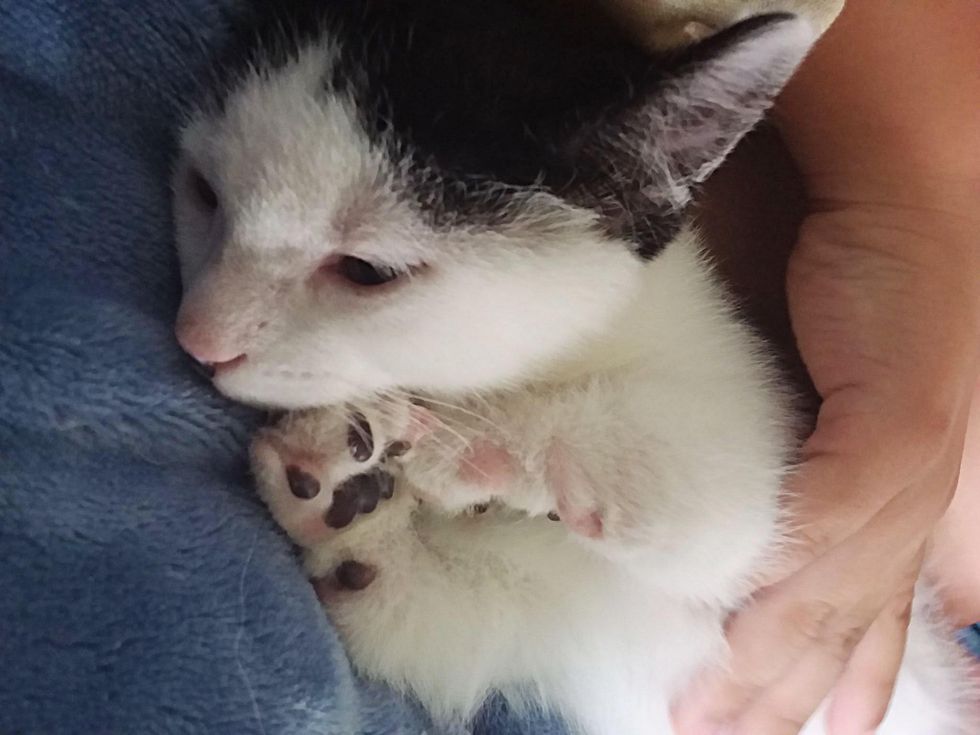 “Everyone at the rescue agreed Professor X was going to get a chance to live a normal, healthy life, and our veterinarian whole-heartedly supported us.”

Professor X may have some mild developmental delays along with abnormalities in his front legs, but nothing seems to bother him. He is always in good spirits and romps around the house like a champ. He is very brave and vocal about what he wants. 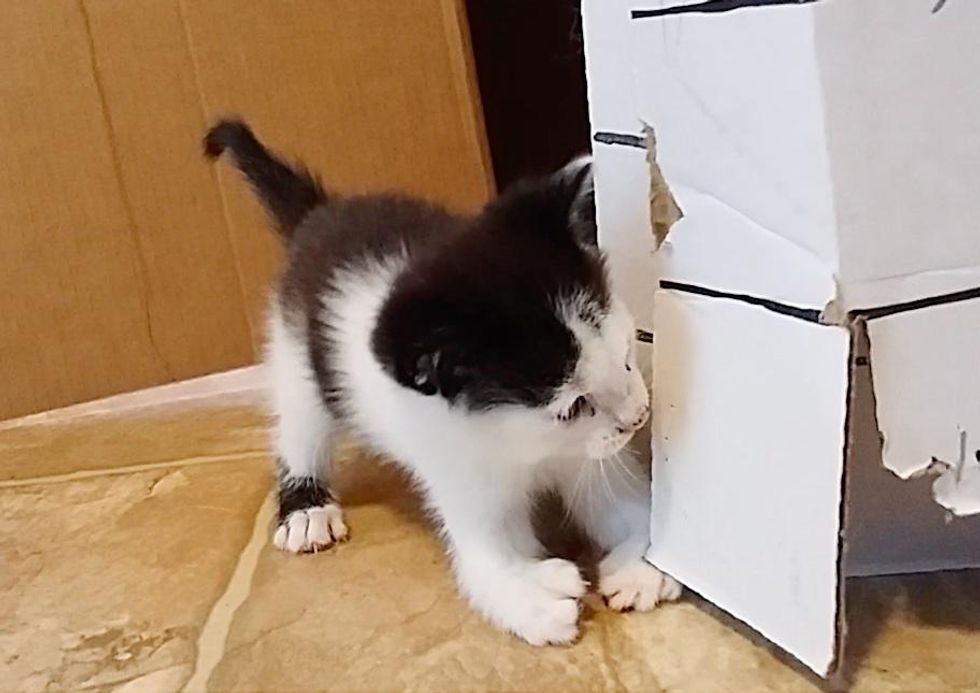 Volunteers went back to the property to look for the mother and the rest of the litter. They were able to rescue Professor X’s sister and brother, Rogue and Gambit. With lots of effort, they got the feral cat mom and had her spayed and vetted.

Watch Professor X the kitten in this cute video:

“The kittens were very happy to be reunited. They were a bit hissy and scared initially, as none of the kittens were used to being indoors or being handled a lot,” Raelle shared with Love Meow.

“But soon they all relaxed and are now very well socialized.” 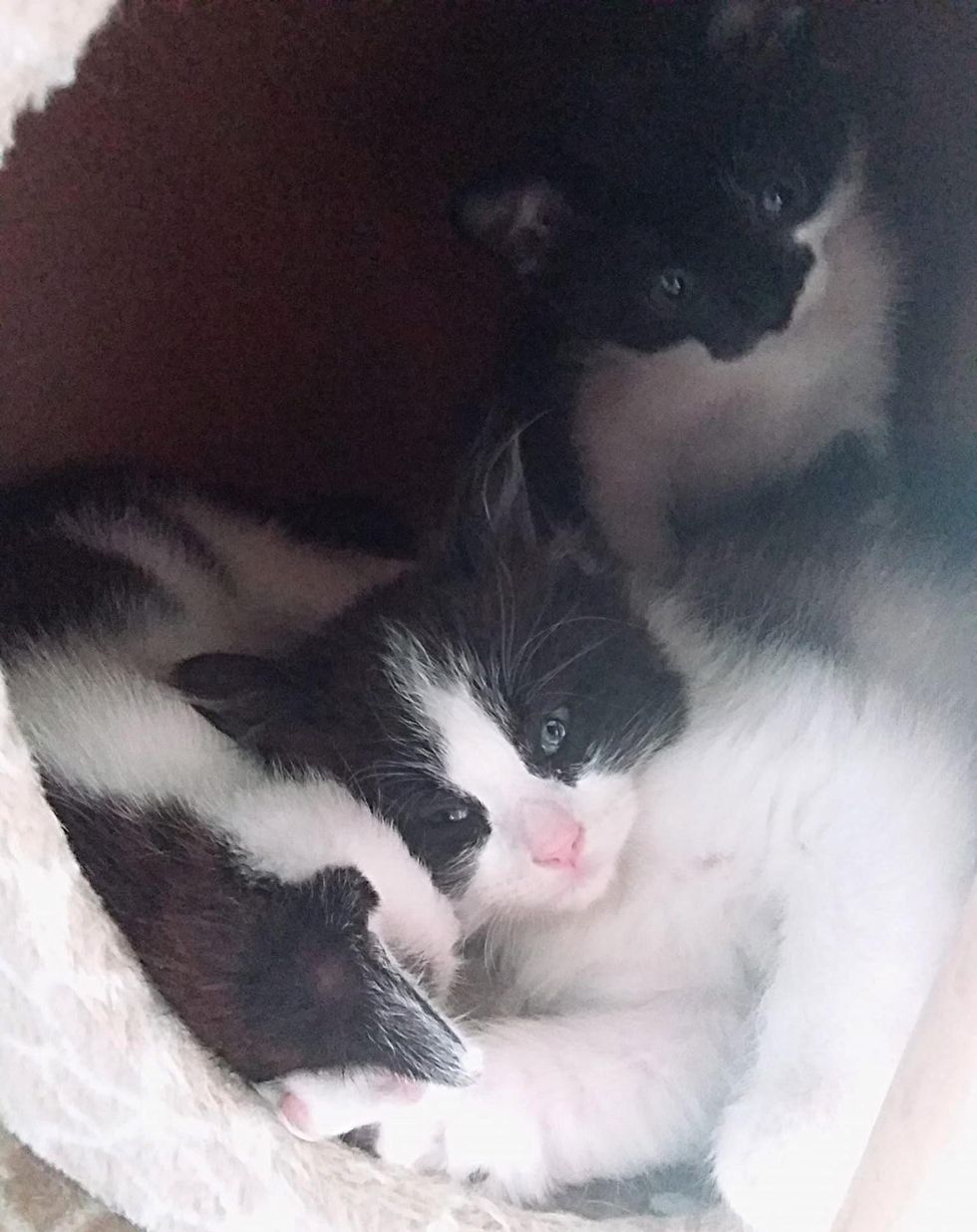 Professor X was reunited with his siblingsSteinbach and Area Animal Rescue

Professor X doesn’t know he is different as he scampers and hops around without a care in the world. He may tire out faster than his boisterous siblings, but he always recharges in full with longer nap time.

“He can run, play and jump just like his siblings, but he hasn’t quite figured out how to go up and down stairs yet. He also can’t climb up window screens or curtains.” 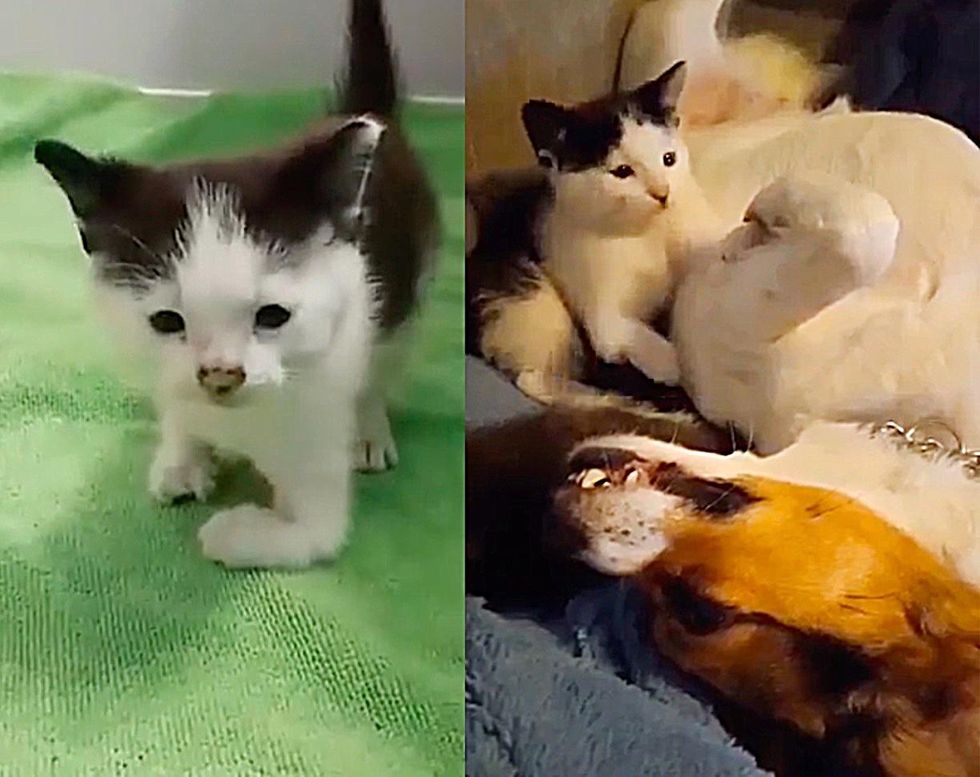 Bentley, a foster cat, has taken the little one under his wing and showered him with hugs and licks.

“Bentley can be a tough cookie, but he’s clearly got a very sweet soft side too. He kept hugging Professor X and grooming him, just like a mama cat does.” 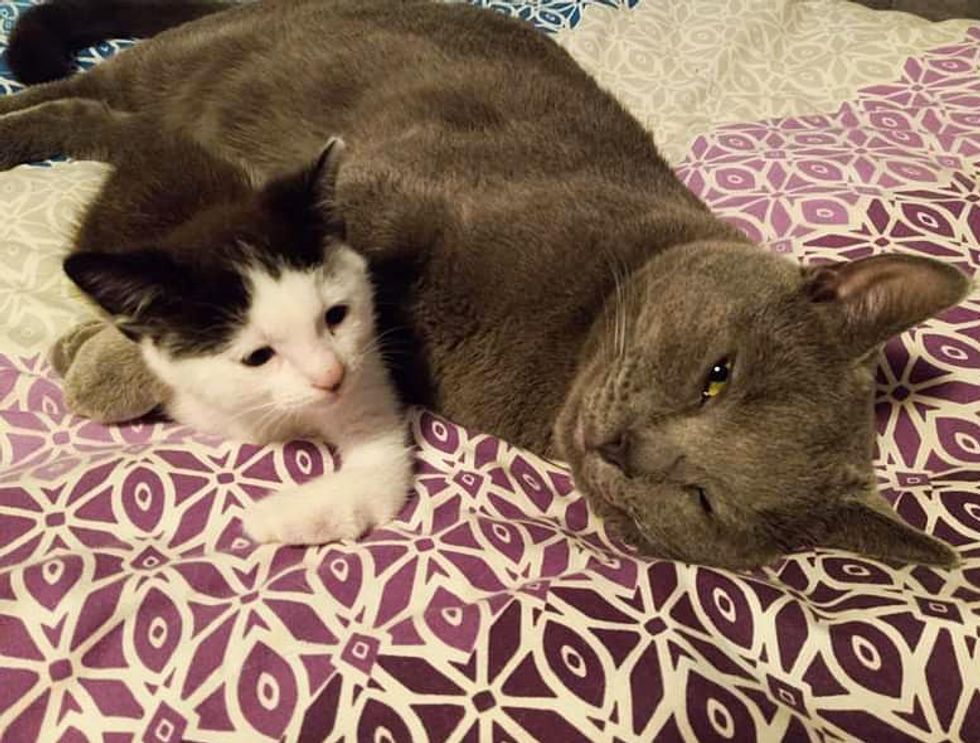 In a few weeks, Professor X will receive treatment to see if his front legs can potentially be straightened. “Even if they can’t, we know he’s going to be just fine as a pampered indoor cat,” Raelle shared. 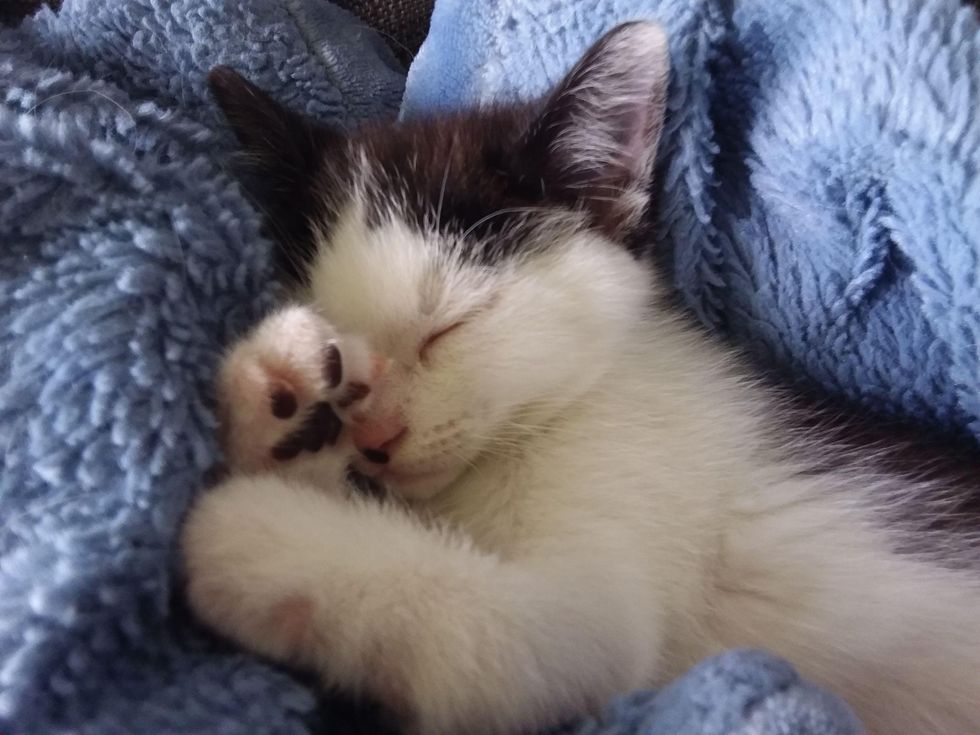 “He is a very sweet, gentle boy who loves to cuddle and will cry out if he needs a hug or wants to be lifted up onto the couch. He’s absolutely adorable and I’m so thankful he was rescued.” 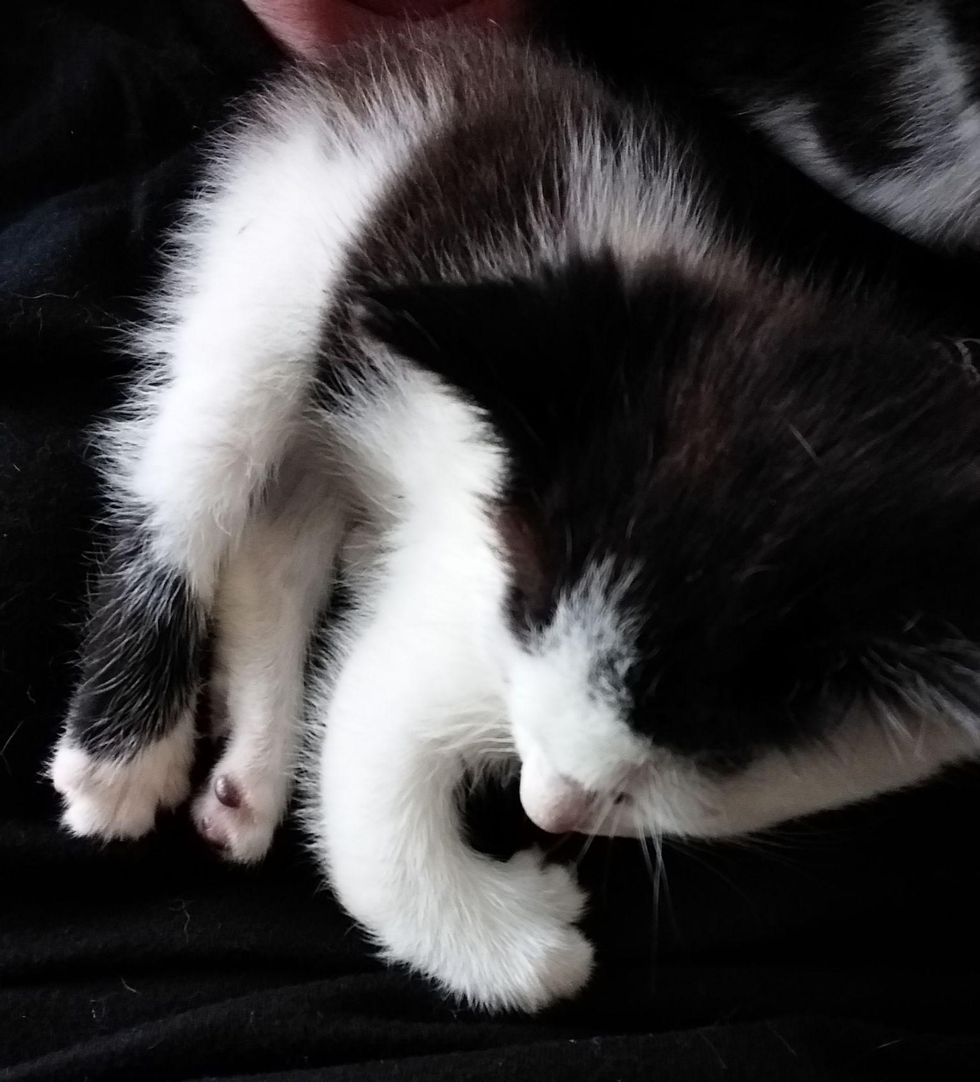 Related story: Cat Found Wandering on Snowy Roads is So Happy to Have Her Kittens Out of the Cold

Couple Find Lone Kitten Waiting on the Side of the Road, They Can’t Leave Him Behind

Couple Find Lone Kitten Waiting on the Side of the Road, They Can't Leave Him Behind