A kitten with the happiest “smile” wobbled into the arms of a shelter employee and was determined to go home with her.

Kayla who works for Salem Friends of Felines (a cat shelter in Oregon), didn’t expect to come to the office one day and have her heart completely won over by a wobbly kitten.

Mr. Beesley, an orange and white kitten, was dropped off at the shelter for his neuter surgery when Kayla met him for the first time. He was wobbling in his carrier and very chatty towards everyone he came across.

The kitten came from a litter of six born to a rescued stray cat. He has a neurological condition called cerebellar hypoplasia, also known as wobbly cat syndrome. 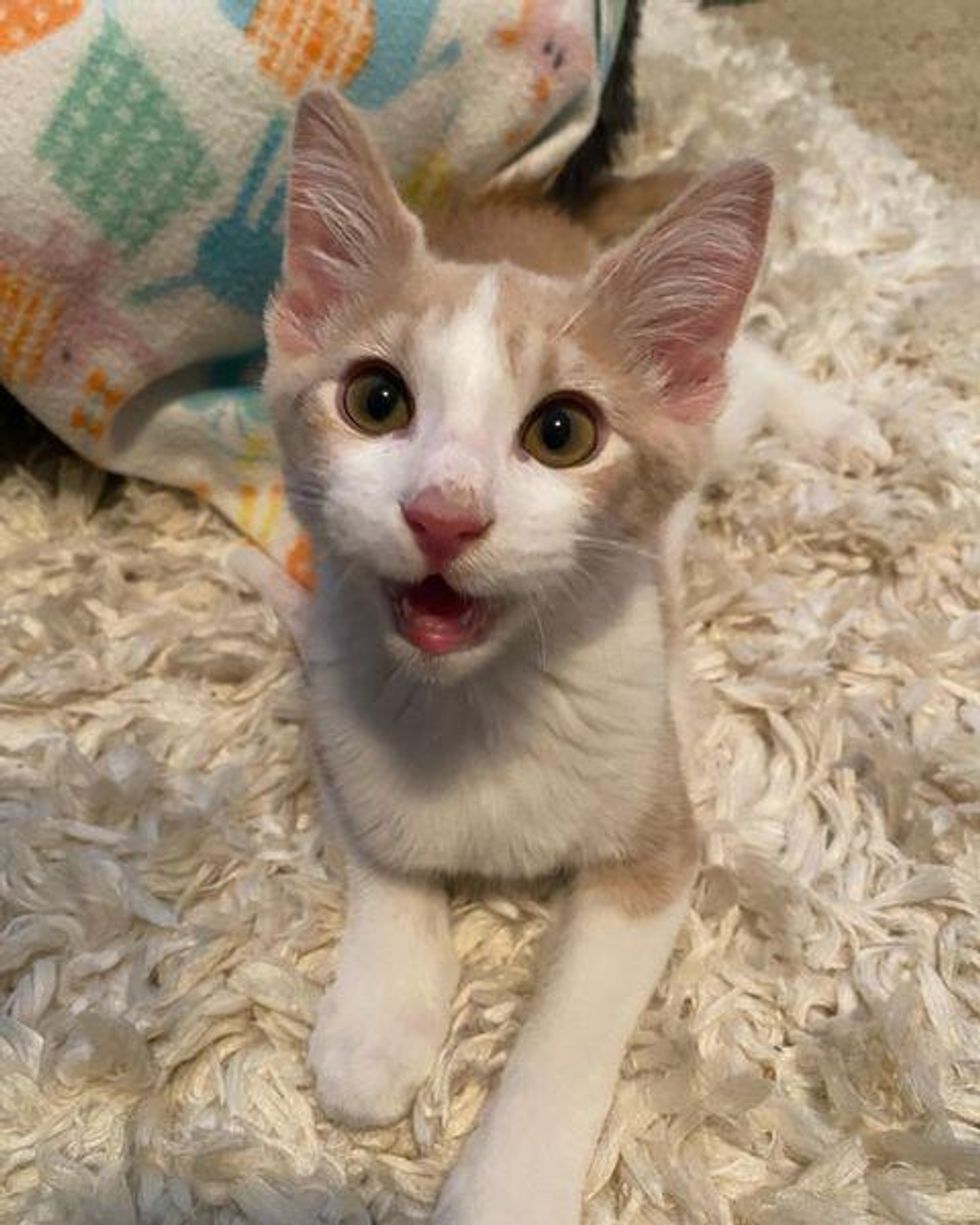 He is a bit wobbly and very talkativeKayla

The condition affects the cat’s movement and coordination and is non-progressive and not painful. Mr. Beesley may wobble a bit when he walks, but he is the happiest little guy that Kayla has ever met.

“He was brought in to get fixed on Tuesday, and we hung out while he was recovering. He needed a little extra help eating, so I had an excuse to spend more time with him at work, and he just stole my heart,” Kayla told Love Meow. 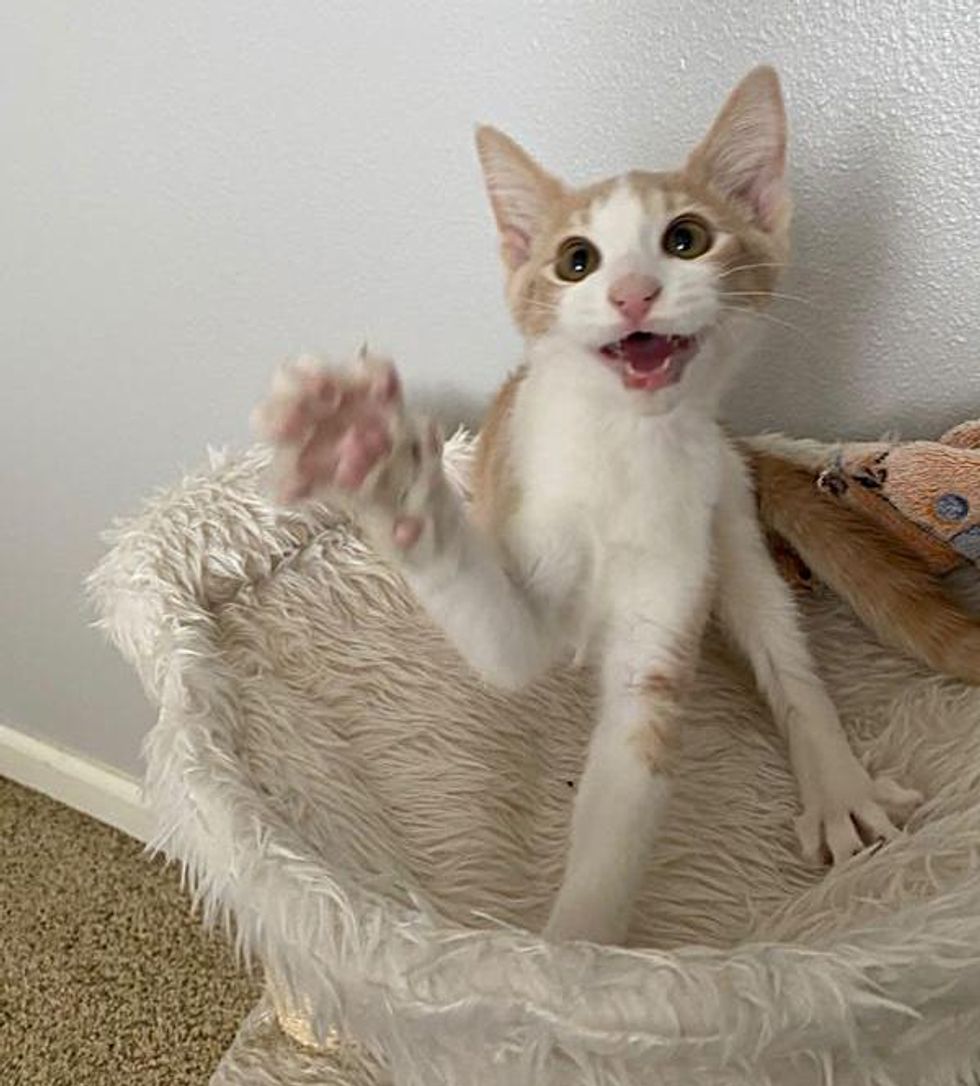 Mr. Beesley loves to play and is constantly on the lookout for mischiefKayla

Mr. Beesley would curl up in her arms and chat up a storm as if to tell her his life story. “My coworkers would try to go in and get some of his famous hugs I was always talking about, and he wouldn’t hug them like he did with me.”

Kayla couldn’t stop thinking about Mr. Beesley during her day-off. When she came back to work the next day and noticed the kitten was still available for adoption, she knew it was meant to be. 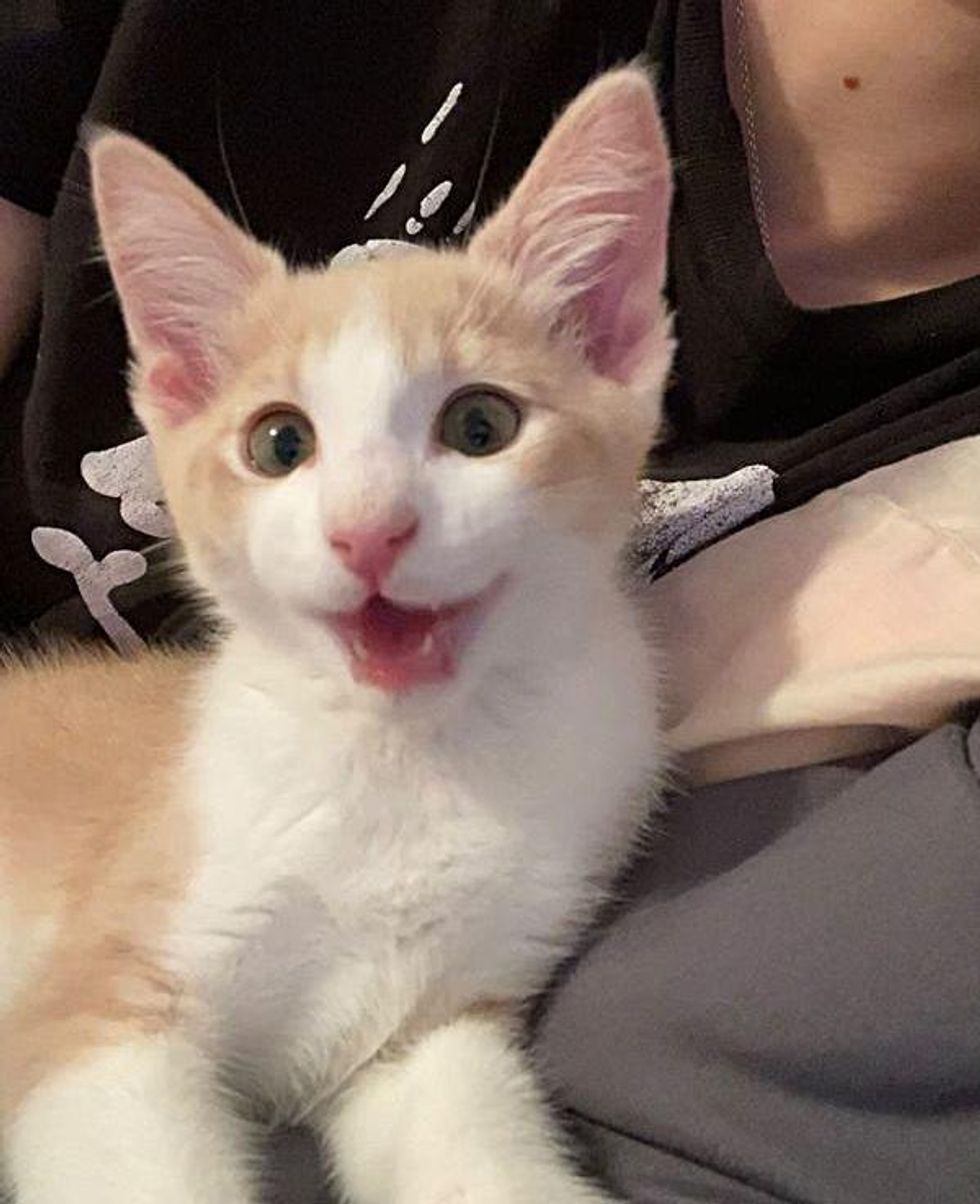 He is a cuddle-bug and a purr machineKayla

“I adopted him and brought him home that night. He is the happiest, sweetest, and cutest little guy.”

Mr. Beesley quickly settled into his new abode and started exploring and playing. After he tired himself out, he tottered up to his mom and cuddled with her. “He slept in my bed all night that first night.” 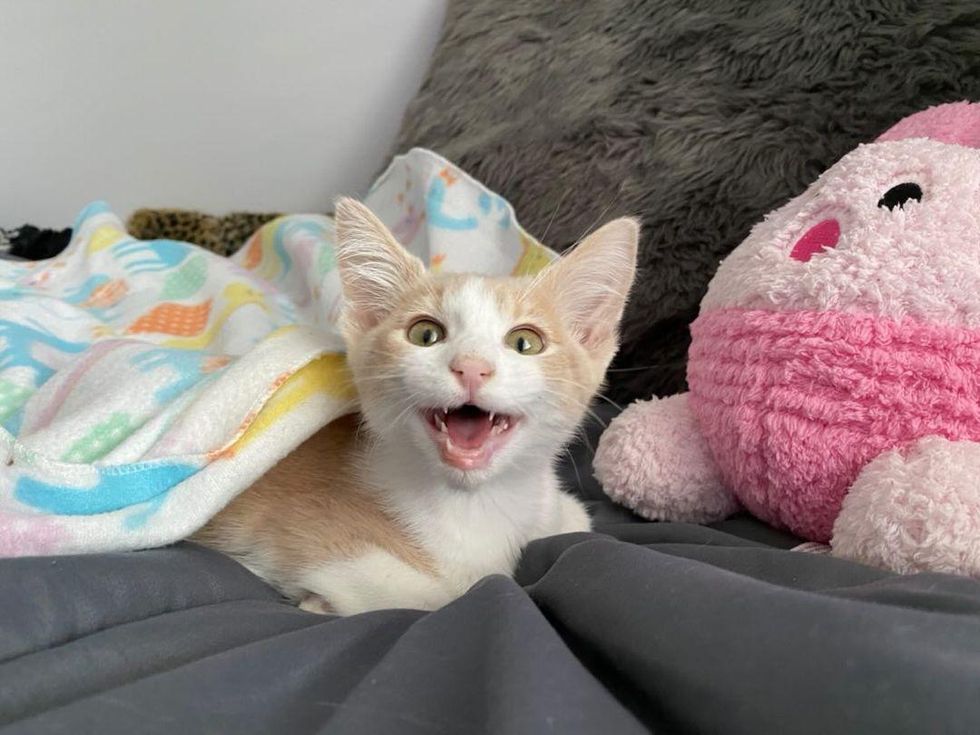 The sweet boy doesn’t let anything slow him down. If he takes a tumble, he gets right back up and continues to play his heart out.

Watch Mr. Beesley the kitten in this cute video:

“He’s the smartest kitten I’ve ever met. He learns to adapt so quickly. He has so much energy that he literally bounces off the wall at times,” Kayla shared with Love Meow. 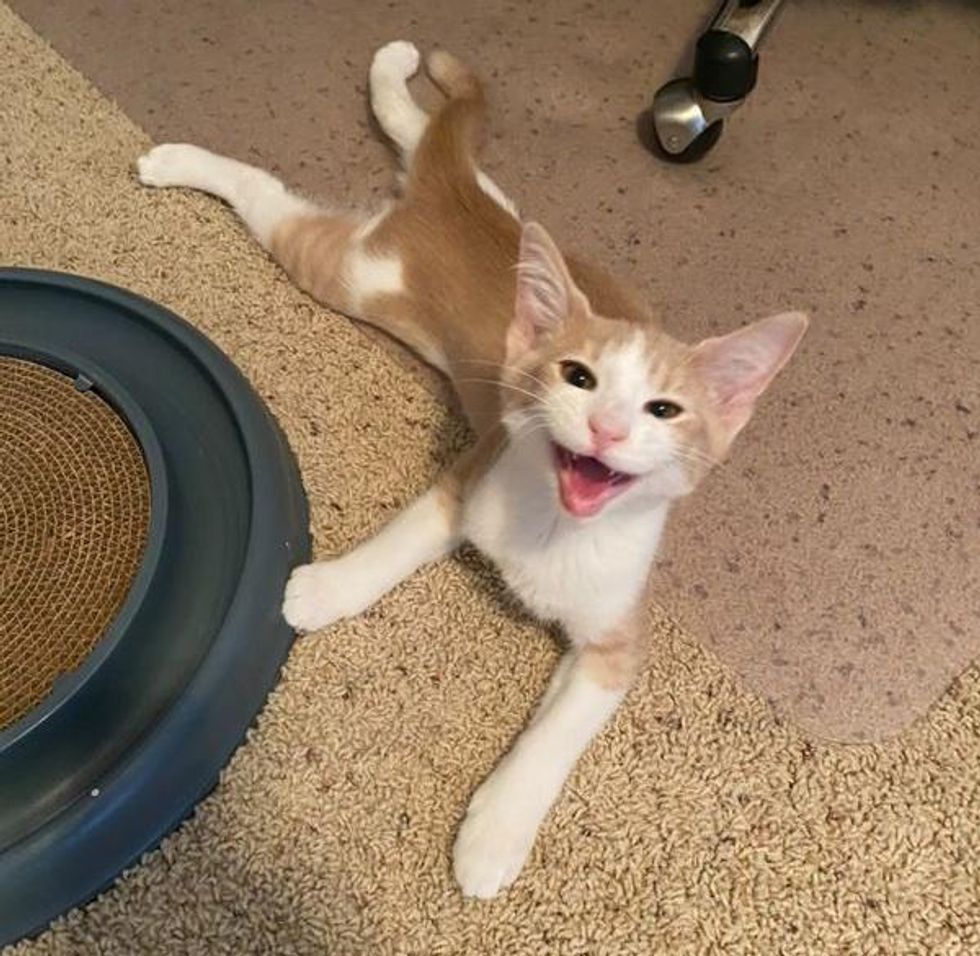 Kayla has kitten-proofed her place by blocking off all the bottoms and sides of furniture, and providing soft landings with pillows and blankets.

“We’ve been playing with lots of different toys to help him build his muscles, so he can control himself a bit more and stand or walk a bit better.” 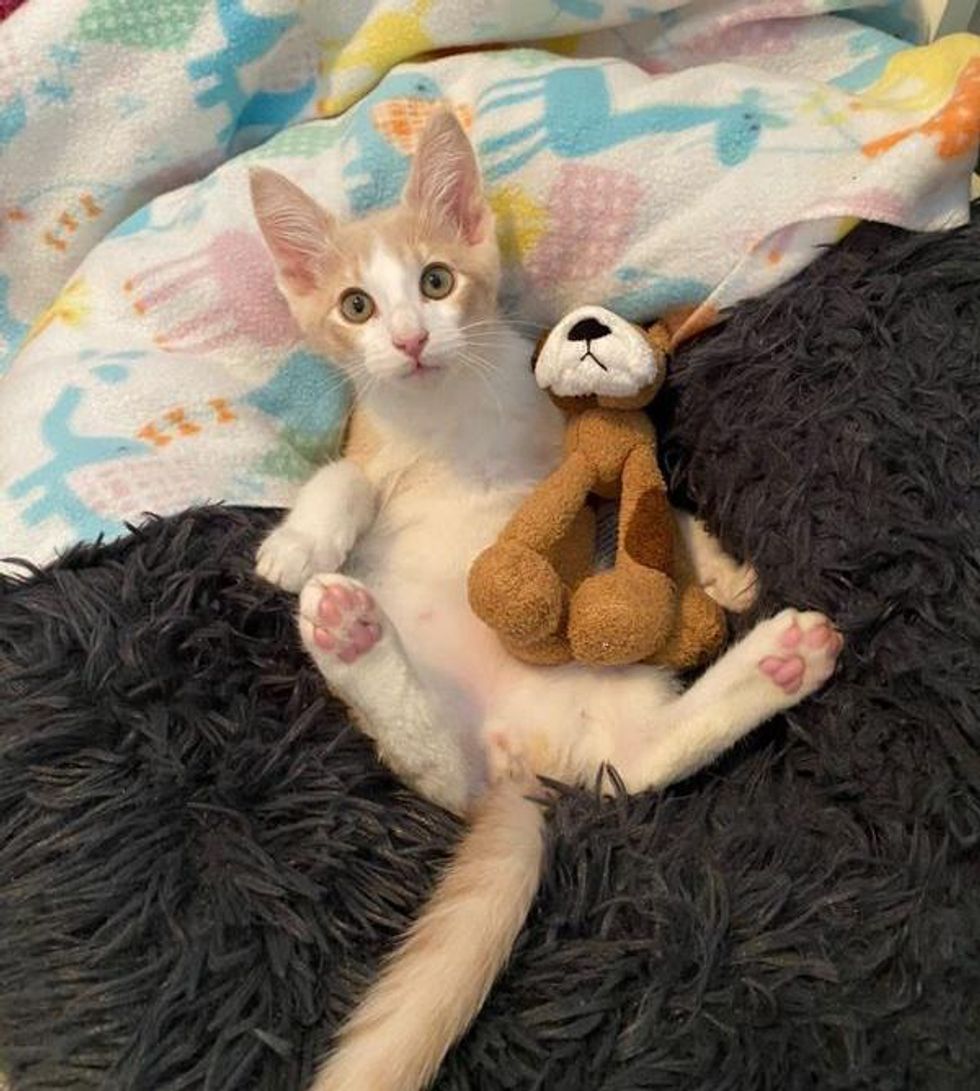 Mr. Beesley has a big personality and wears the happiest smile on his face all the time. He is excited to wake up in the morning and romp around to his heart’s content.

When he needs a nap between play time, he snuggles up to his mom and falls fast asleep. 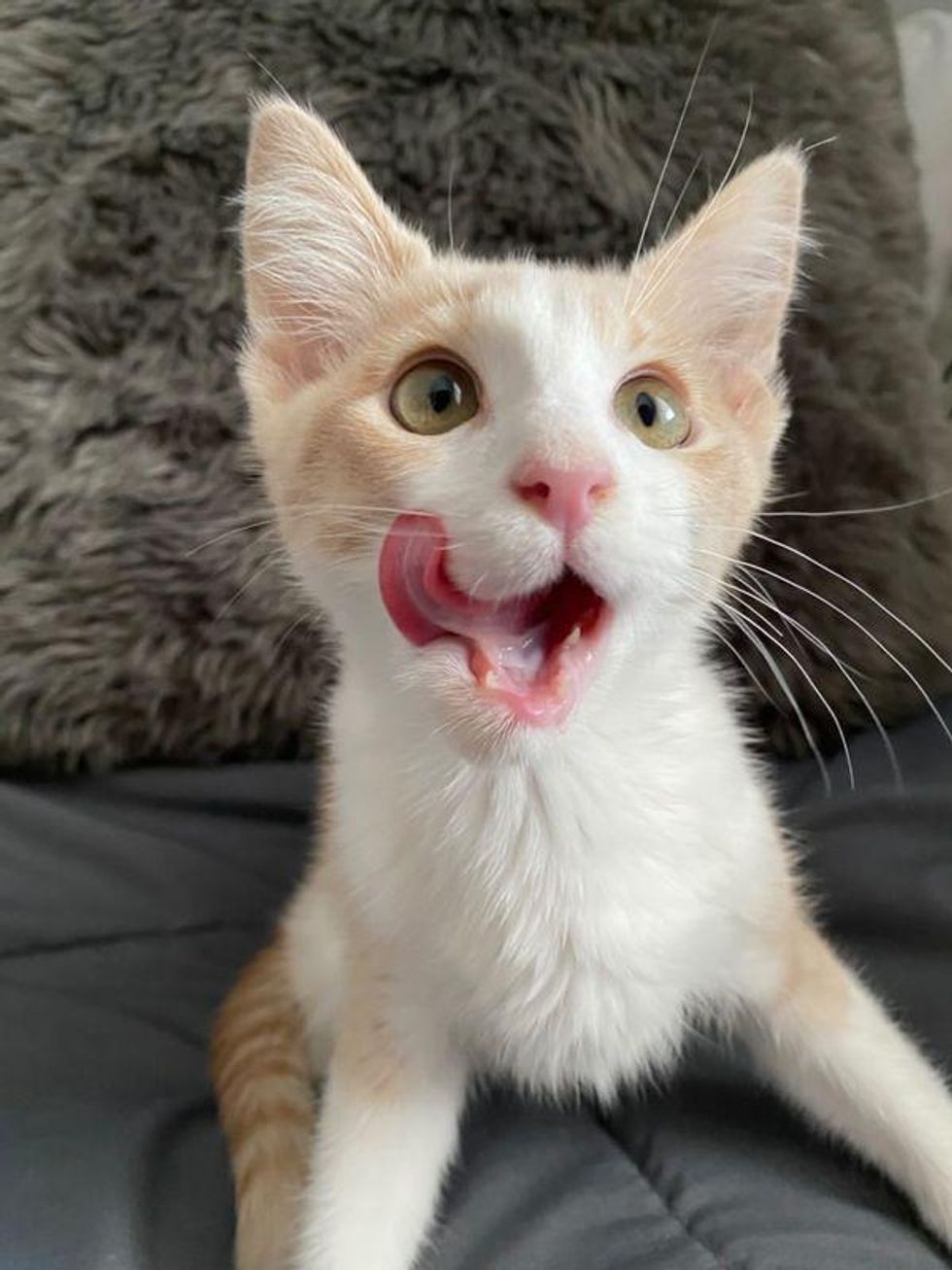 “He is constantly purring and trying to show everyone how much he loves them with his hugs, kisses, and cuddles.”

Kayla fell head over heels for Mr. Beesley on that fateful day, and the little guy has brought so much joy to her life since. 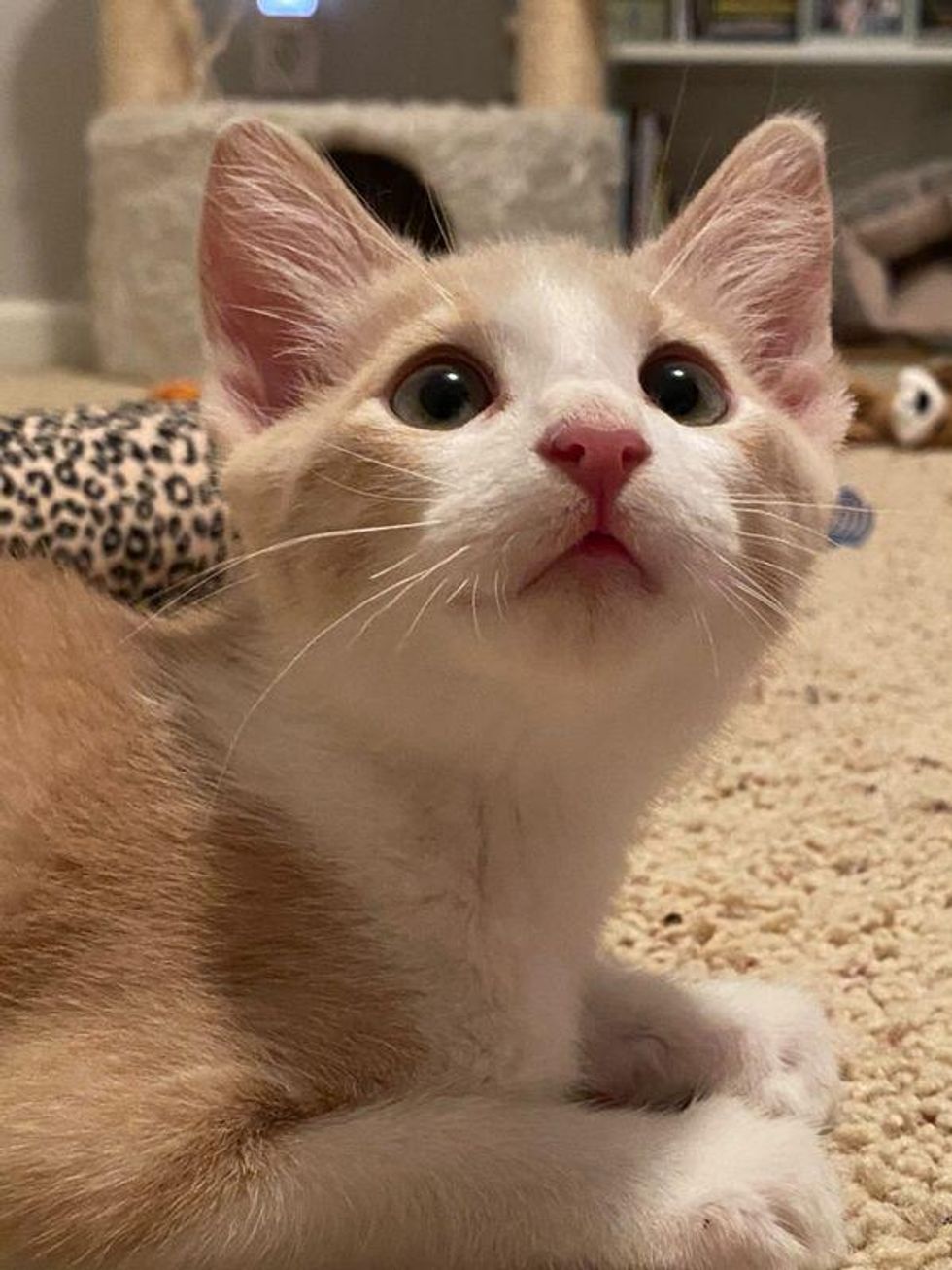 Related story: Kitten with Big Paws Decides to Cling to Woman Who Gave Him a Home, and Follow Her Cats Around

WIN a 3 Month Supply of Litter from Kitty Poo Club