A cat dances and talks to visitors at the shelter and wants everyone to notice him.

Out of all the cats at Lollypop Farm (an animal rescue organization in Fairport, New York), a 4-year-old black and white cat named Moxy has quite the reputation.

He is a handsome gentleman with a fluffy coat and a penchant for mischief. “Moxy was brought to Lollypop Farm because he can get overstimulated easily which sometimes causes him to play a little rough,” Lollypop Farm shared with Love Meow.

“(Before he was surrendered), he spent most of his time chilling out by himself and bird watching. He loved to sneak some snuggles in here and there.” 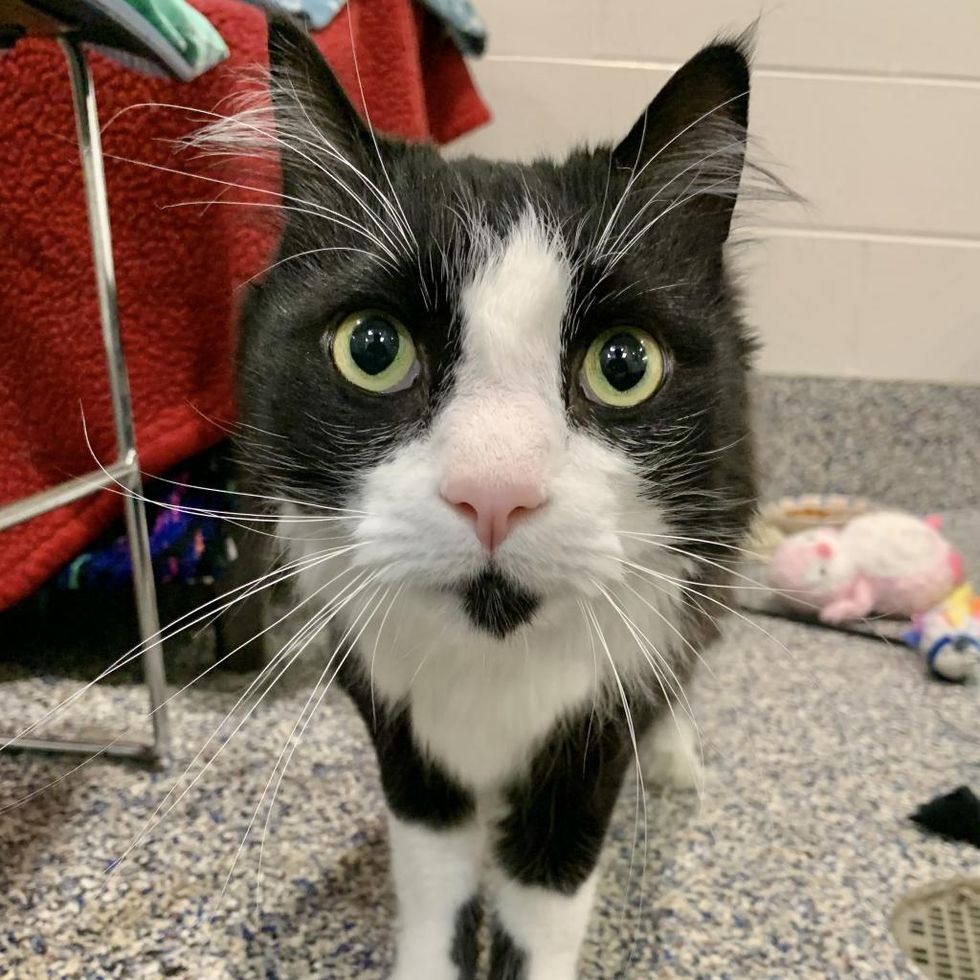 Moxy moved into his own kitty condo at the shelter in early May, and has been waiting for his forever home since. He quickly warmed up to the staff, and started seeking attention from everyone walking by.

He will sit by the glass window and wait for someone to visit. Once he locks eyes with a passerby, he will speak to them in meows and demand their immediate attention. 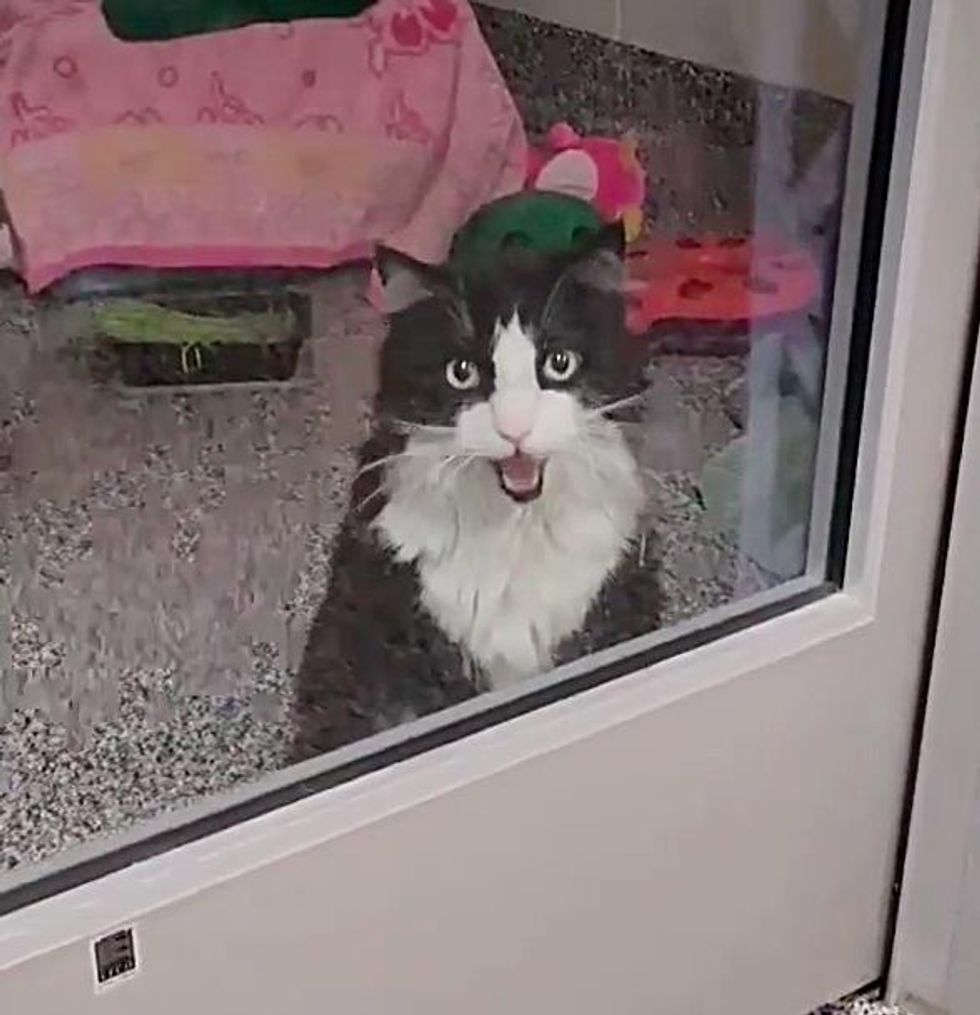 He talks to everyone that walks by his kitty condoLollypop Farm

“When he decides he loves you, he really really loves you. He likes to sit on laps and get sweet cheek rubs, explore (once he’s comfortable), chomp on cat grass, and stick his cute, little tongue out.”

As a regular window watcher, Moxy has come up with a brilliant idea to get people to notice him, and it has never failed to get him what he wants. 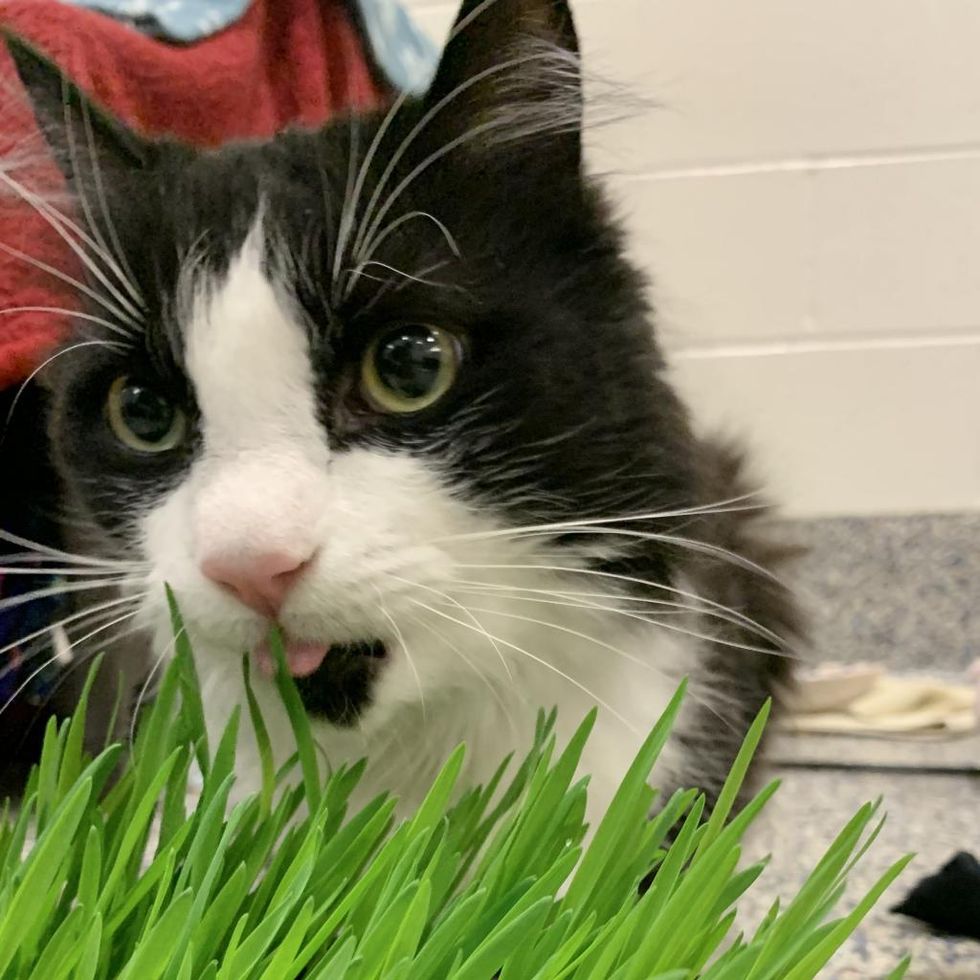 In perfect Moxy fashion, he gets up by the glass window and begins his signature “dance”. He waves his paws up and down while swaying his body to the left and right.

The more he wants something, the harder he bends to the side and the faster he waves. Needless to say, the staff oblige to his requests, heed to his needs, and bring him his favorite treats. 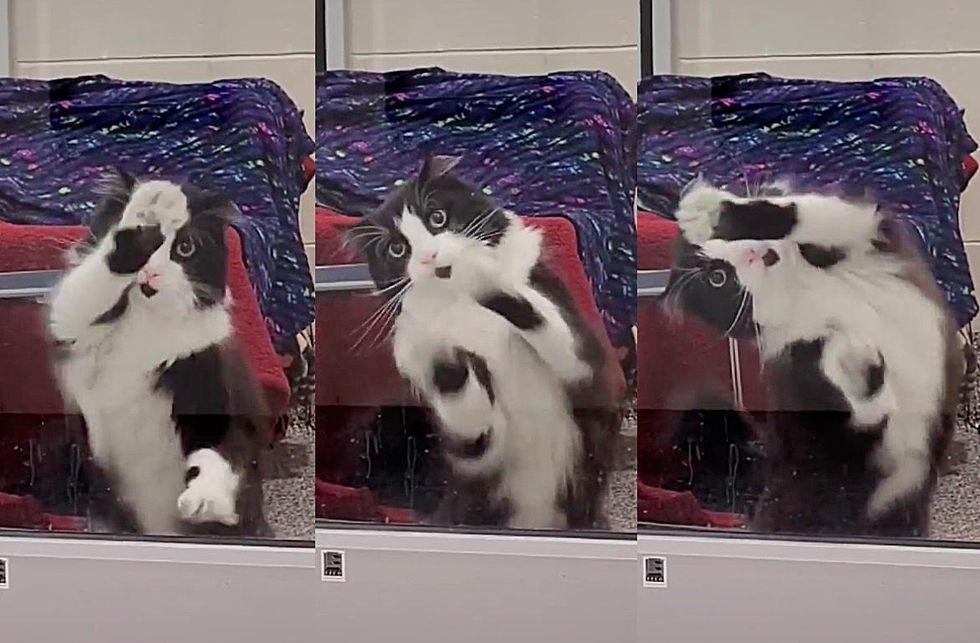 He puts on his signature dance when he wants attentionLollypop Farm

When Moxy gets to hang out outside his kitty condo, he will romp around the hallway and give staff or visitors a dose of his affection.

Watch Moxy the cat and his dance in this cute video:

When they call his name, the happy kitty comes running to them with his fluffy tail pointing up to the ceiling.

In the morning, during breakfast, Moxy puts on a good performance as he busts out his moves and wins everyone over again. 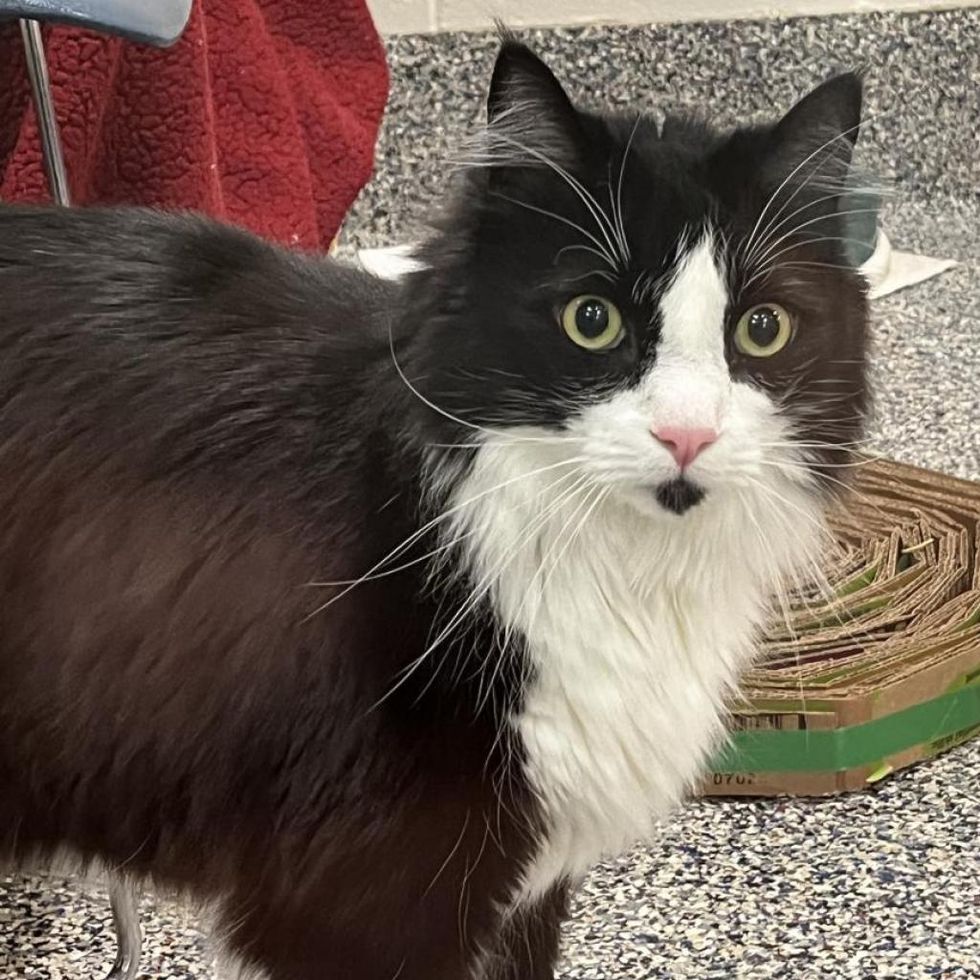 After over two months of waiting, Moxy is more than ready to find a place of his own.

“A nice window to watch the birdies from and a cat tree would make this little gentleman happy as a clam. We are looking for a ‘cat-savvy’ owner (who will understand his cattitude) to welcome him into their home,” Lollypop Farm shared. 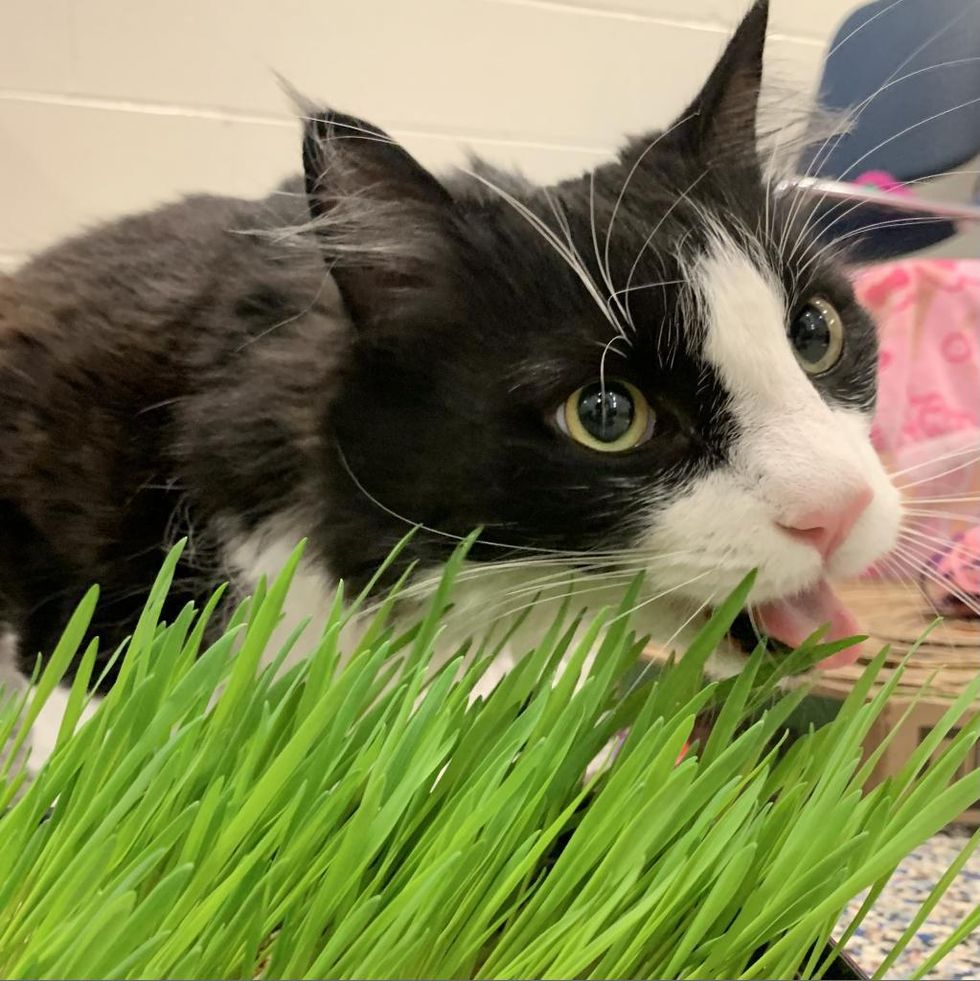 Moxy is a determined little guy and continues to dance and chat with everyone he meets at the shelter. He hopes that someday the perfect family will come scoop him up. “He’ll be waiting patiently, and demanding to be spoiled by cat staff until then.” 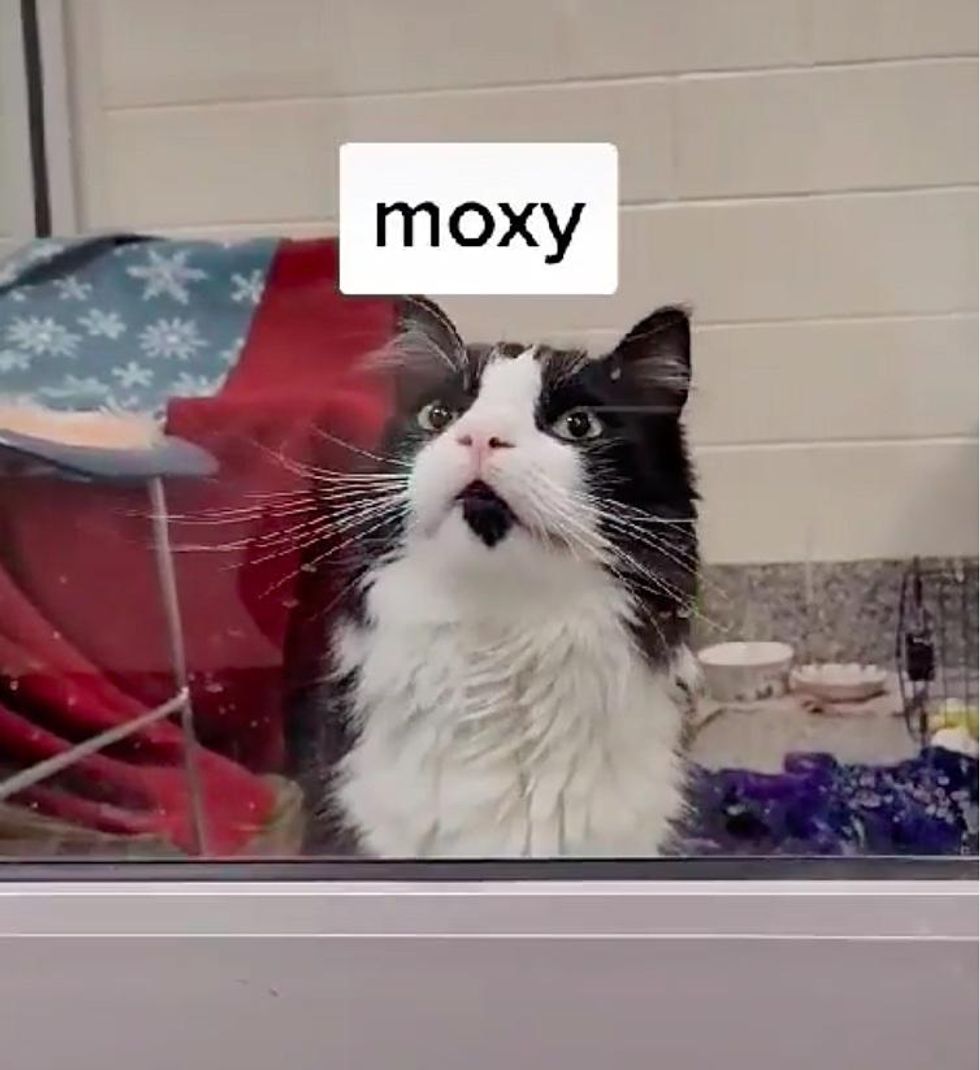 Related story: Cat Waited Her Whole Life to Be Indoors, is Now Living the Dream Life with Her Kitten

Lost Cat? Not Anymore with a Tractive GPS Cat Tracker

New Book: Cats in the City of Plague

New Book: Cats in the City of Plague