A couple took in a small kitten and saw him grow with the help of a cat.

Becca and Nathan, a couple who volunteer for Nashville Cat Rescue, were contacted about a pair of kittens needing help.

They were found underneath a house without a mother in sight. The finders took them in and tried to bottle-feed them but soon realized that they needed specialized care.

Phil (grey) and Rory (calico) were rushed to Nashville Cat Rescue to be hand-reared around the clock. At just one week old, Phil, the smaller of the two, had all the odds stacked up against him. 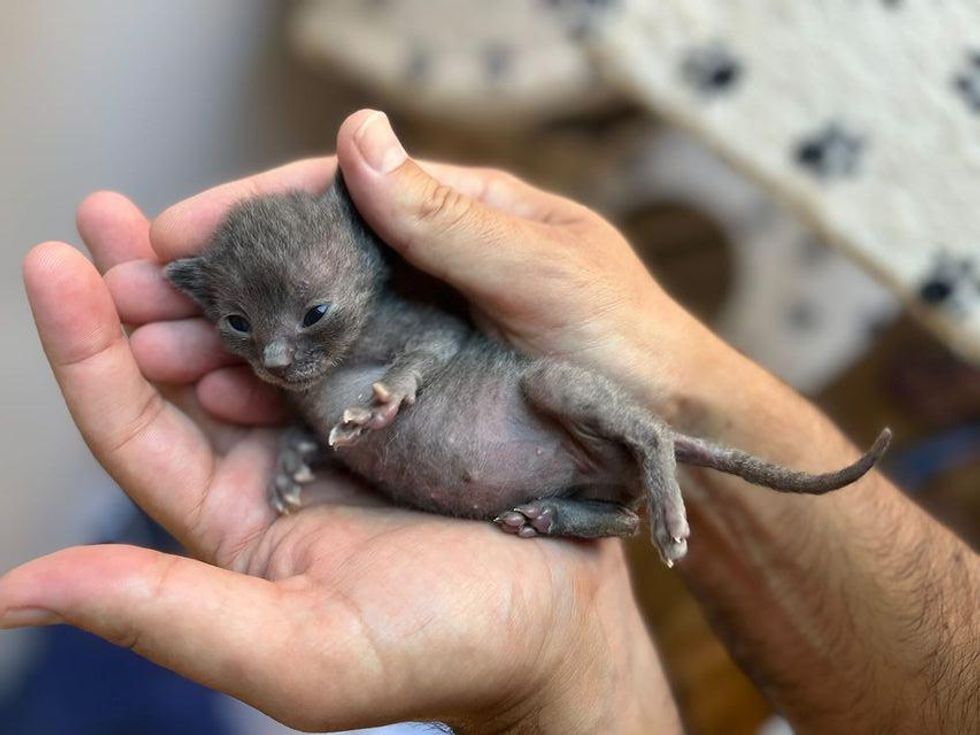 “After a few days with a bottle feeder, Phil was not doing well, and he and Rory were extremely underweight,” Becca and Nathan shared with Love Meow.

Around that time, the couple were fostering a nursing cat (who had been found as a stray) along with her own litter of three. Knowing that Phil had trouble eating and desperately needed nutrition, they wanted to try placing the orphaned kittens with the mom. 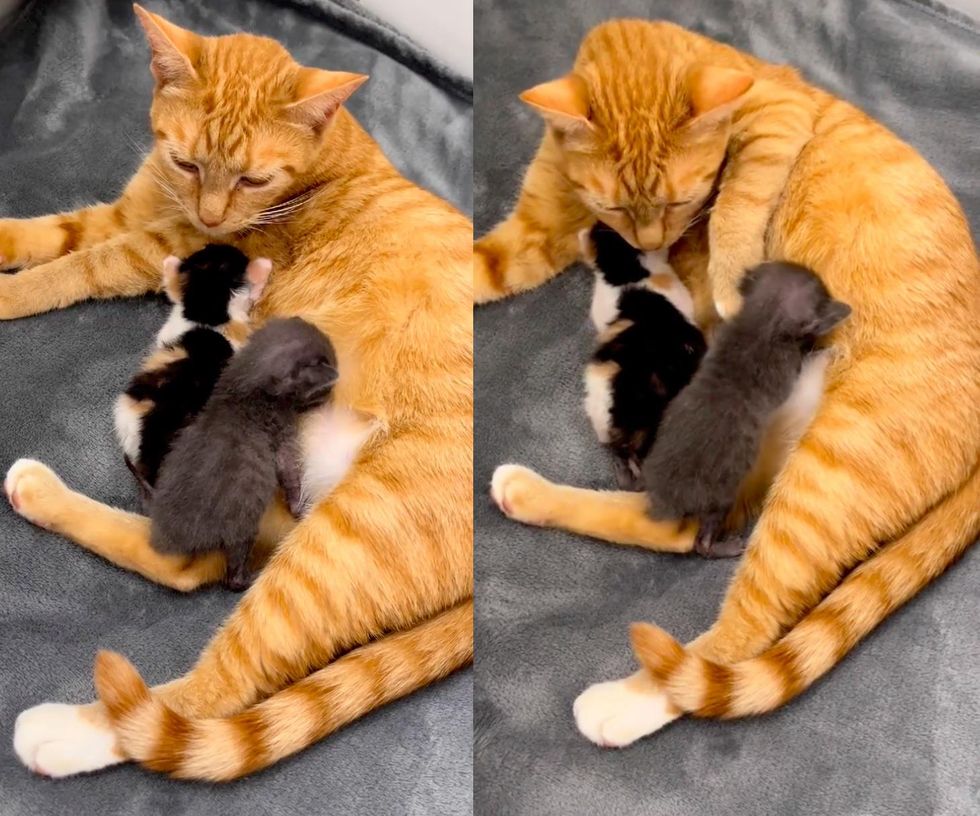 “We agree that the best thing to do would be to put Phil and Rory with the mom (named Murph).”

Without hesitation, Murph accepted the two new additions and started caring for them as her own. Rory quickly latched on and nursed away blissfully. Phil was still very weak but so content to have a mother who showered him with licks and warmth. He curled up next to her and fell fast asleep. 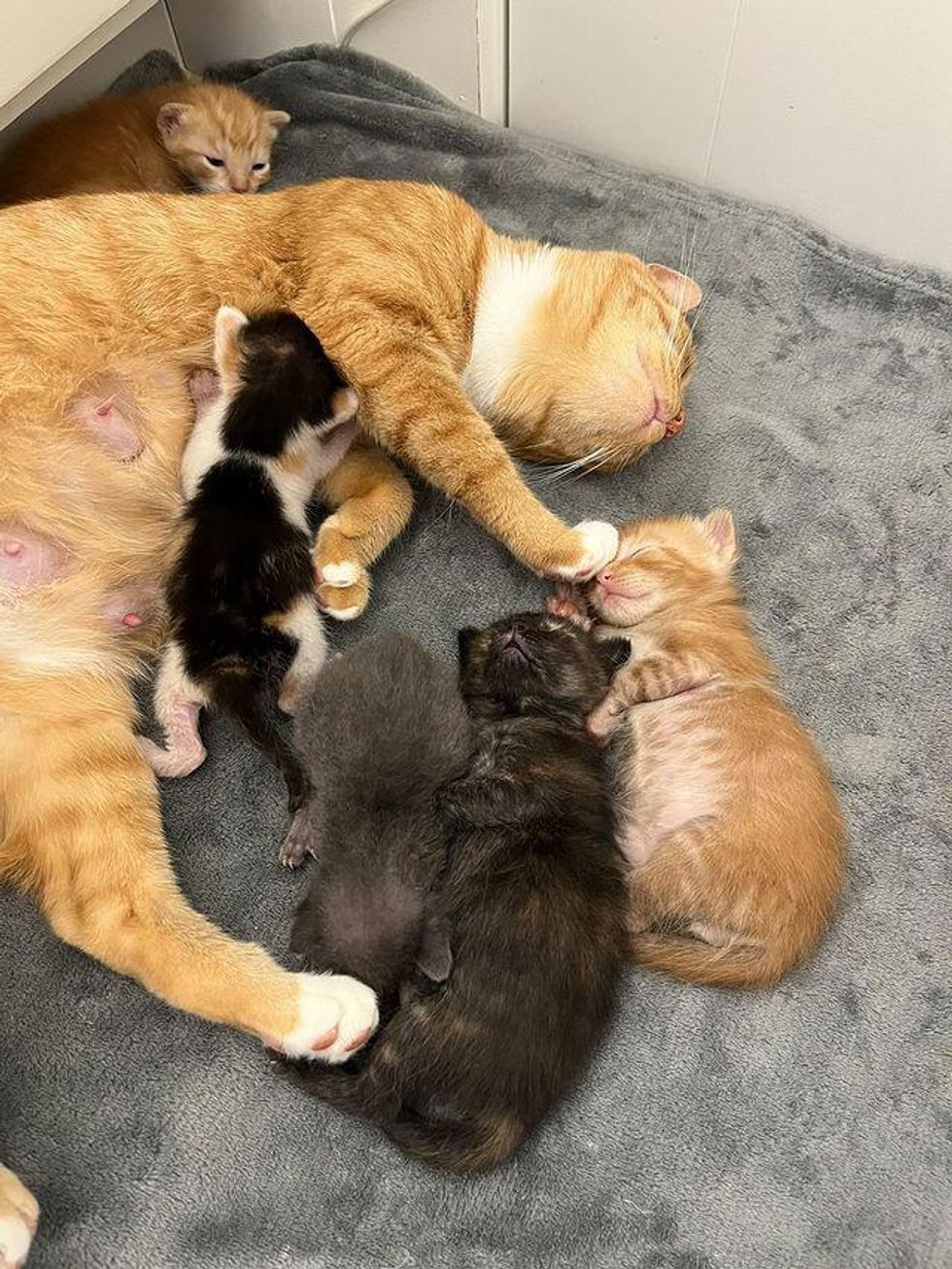 The couple began tube-feeding Phil every three hours, treated both for some gut issues, and gave them supportive care.

“After tube-feeding for a week, we managed to get him to eat a little from a bottle. We alternated tube and bottle feeding for another week or so, along with giving him dedicated nursing time with the cat mom.” 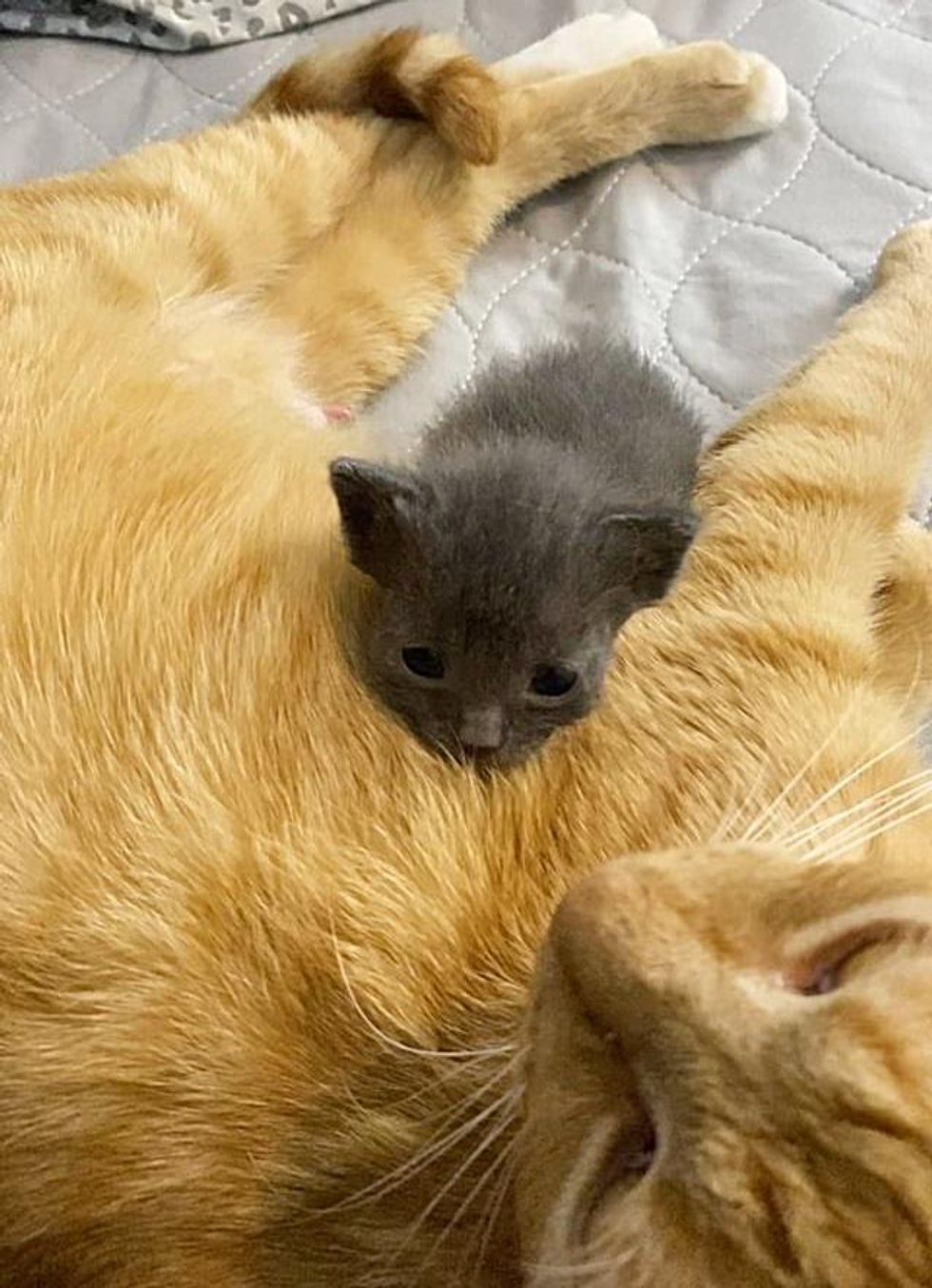 Phil relished every one-on-one session with Mama Murph, as he snuggled up a storm and tried to soak up all the love.

“Rory was feisty and fighting for bottles and food. All Phil wanted was warmth and comfort. He would sit and stare at us with his big round eyes. He just wanted to be with us and to be warm.” 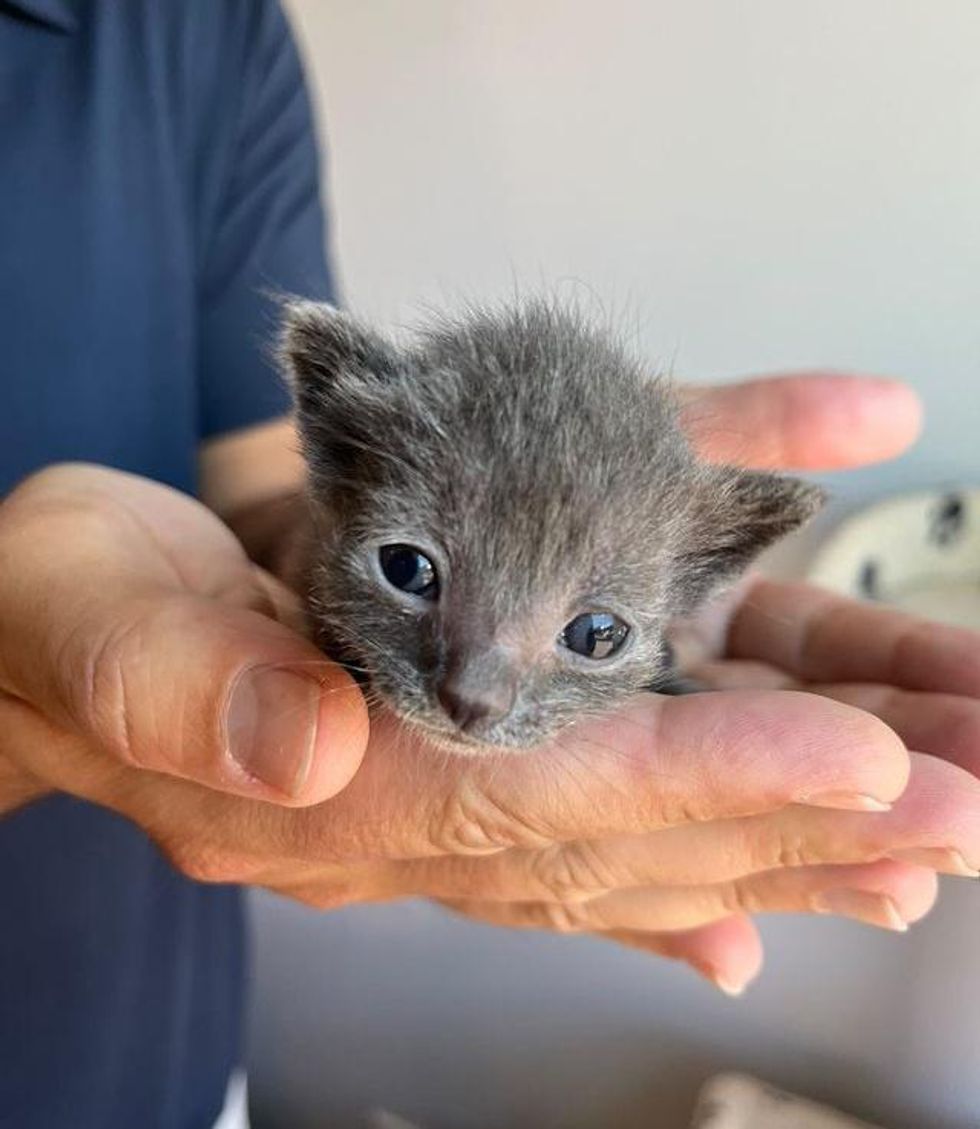 The little guy began to put on weight and made great strides over the next few weeks. When he started making normal gains for a kitten, Becca and Nathan could finally breathe a sigh of relief.

Phil is still very tiny, about half the size of his sister, Rory, but he is full of life and happy as can be when he’s cuddled with his people. 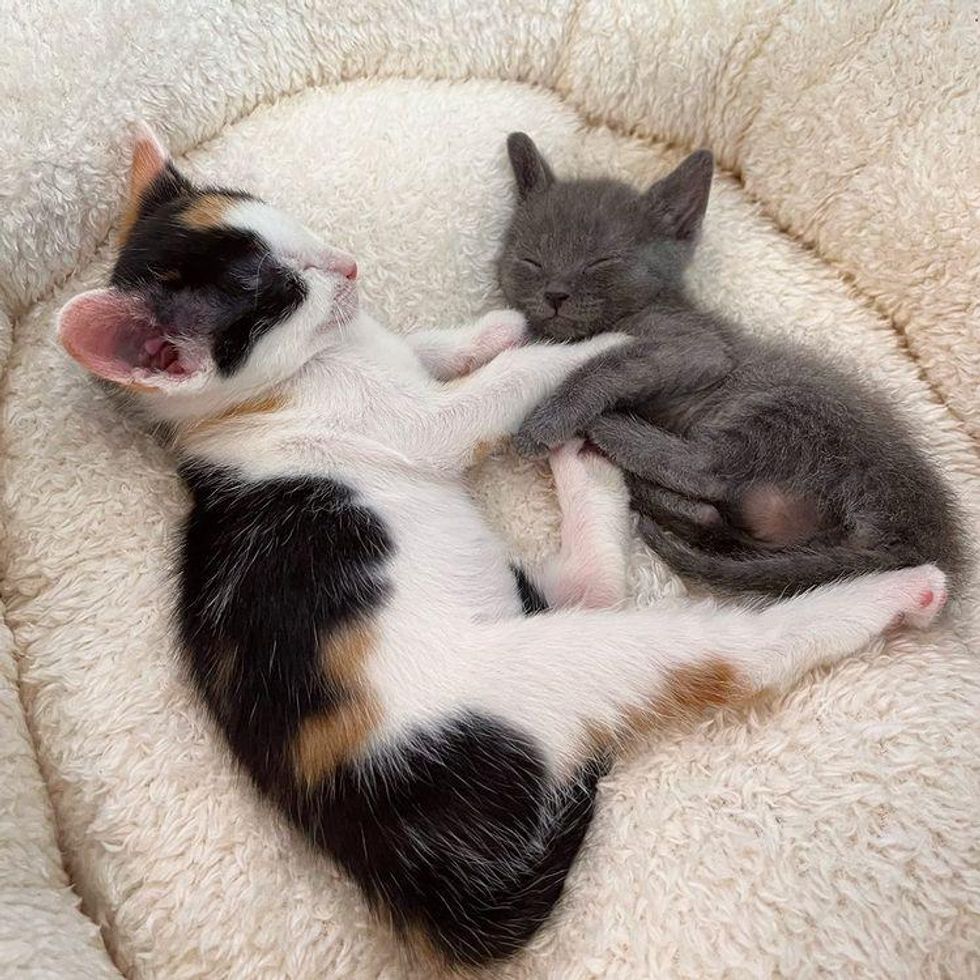 Phil is about half the size of his sister@fosterkittens_tn

“He is very vocal and views us as his mom and dad, so he always wants to be held and to hug back. He is extremely loving and affectionate but is also learning to be playful with the other kittens,” Becca and Nathan shared. 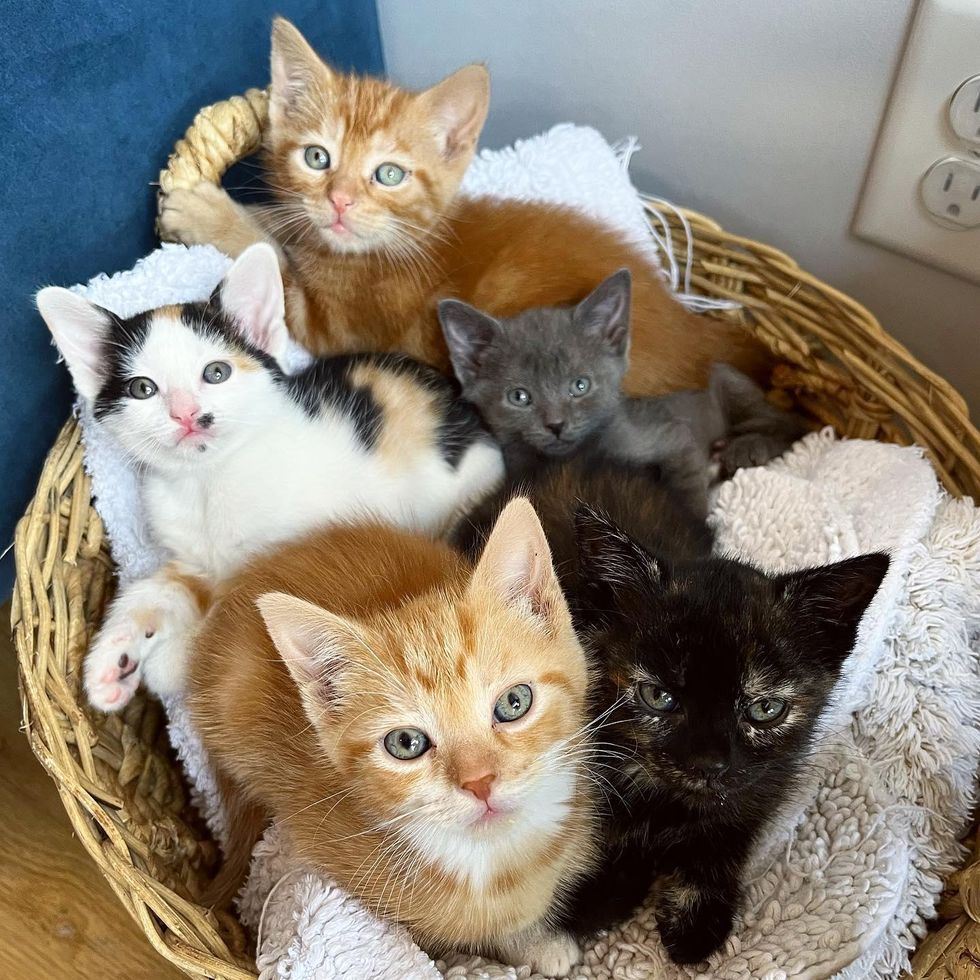 Phil, Rory and their foster siblings@fosterkittens_tn

“His number one priority is always cuddle time in our laps. He is a total lap cat in the making.”

Phil enjoys being babied and swaddled in a blanket or just snuggling all day with his humans. He likes to lie on his back for belly rubs, watch his people attentively, and curl into a ball in the palm of their hands. 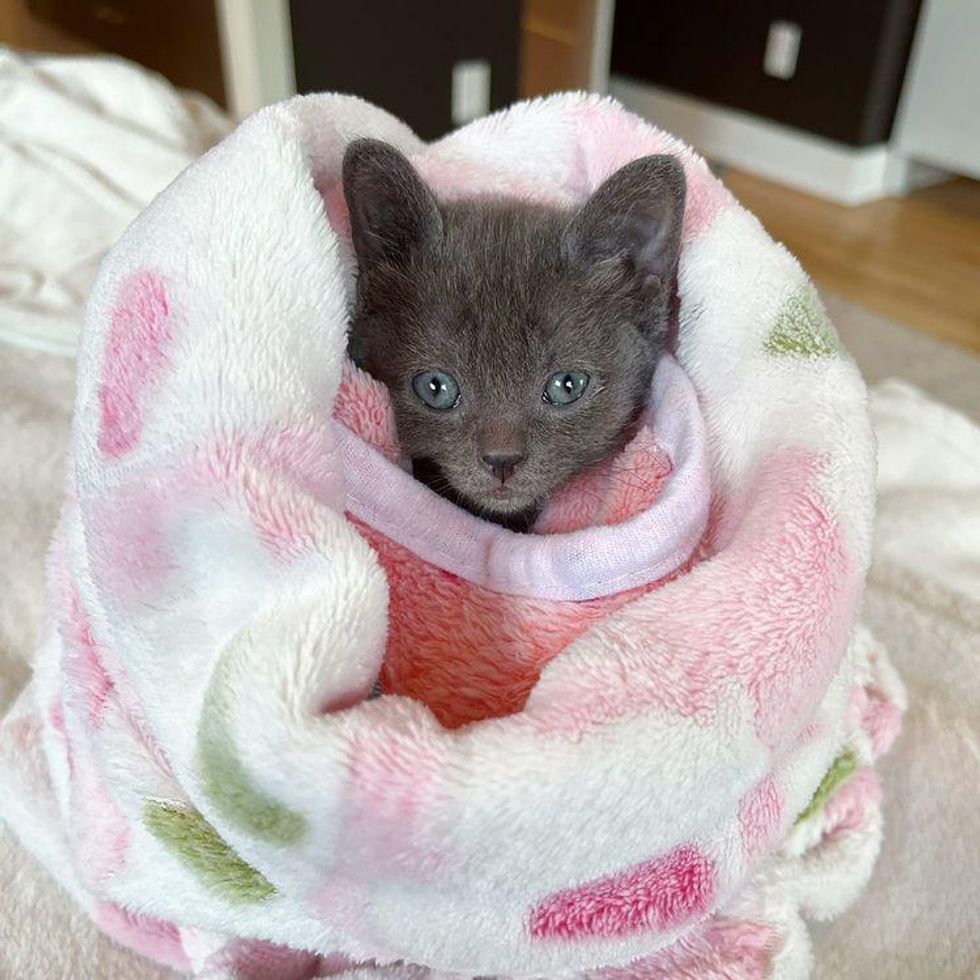 “He is like our baby, and we love him so much.” 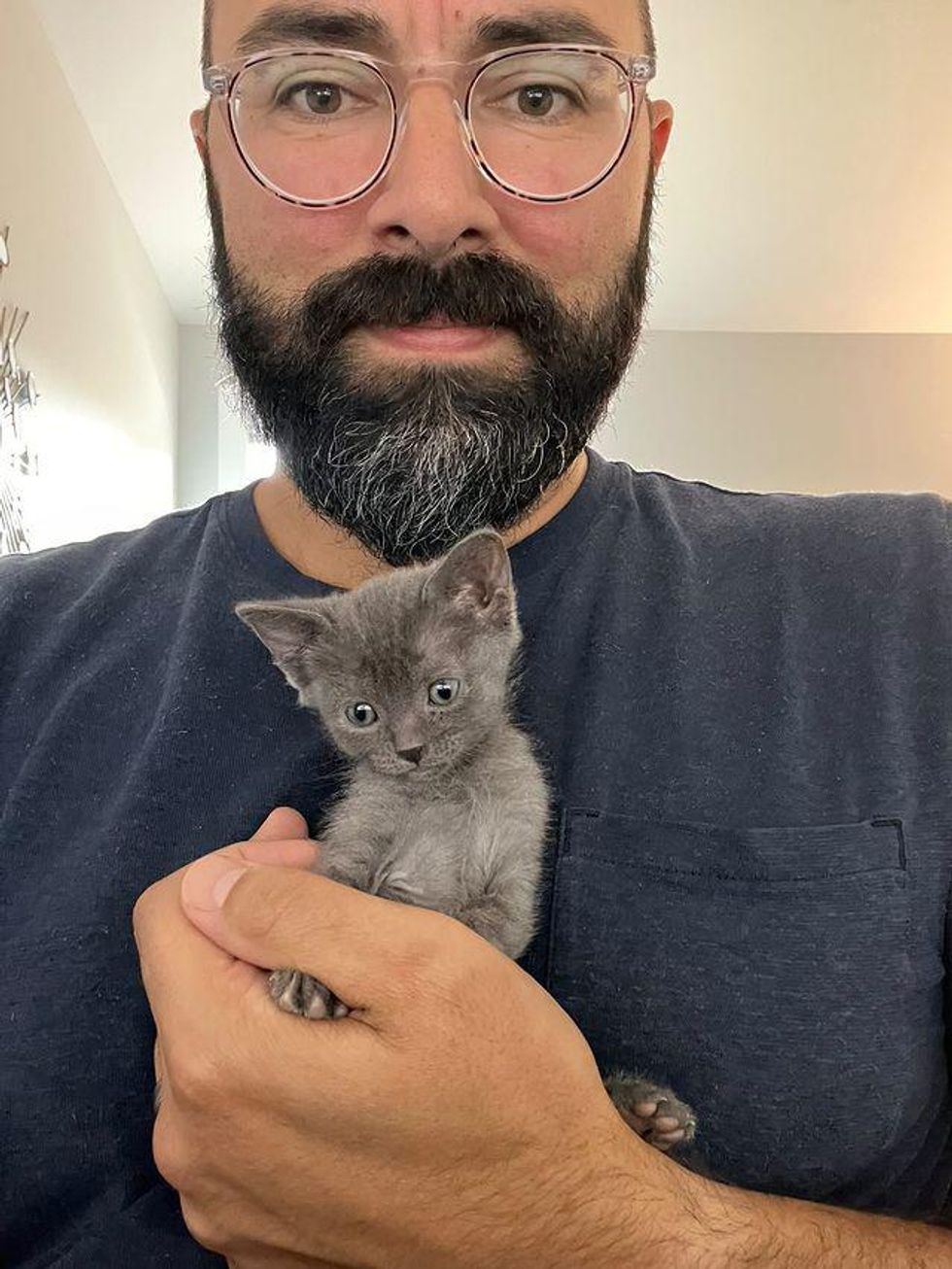 Related story: Kitten from the Street Grow to Adore Sweet Dog and Think He is Their ‘Mother’

How Louis Wain Made Cats into High Art

12 Unheard Cat Facts You Should Know

12 Unheard Cat Facts You Should Know

Can Cats Eat Popcorn? All You Need to Know