A stray cat waited for the door to be opened for him so he could be in someone’s lap again.

A black and white cat appeared in a neighborhood of Montreal, Canada, scrounging around for food scraps and safe shelter.

He was very hungry and trailed behind a few other strays to a kind woman’s doorsteps. Milena spotted the newcomer and offered him food and water. He swooped in and scarfed it down as if his life depended on it.

The cat came back in the following days and really warmed up to his human friend. He hopped onto the windowsill one afternoon, meowing to be let inside the house. 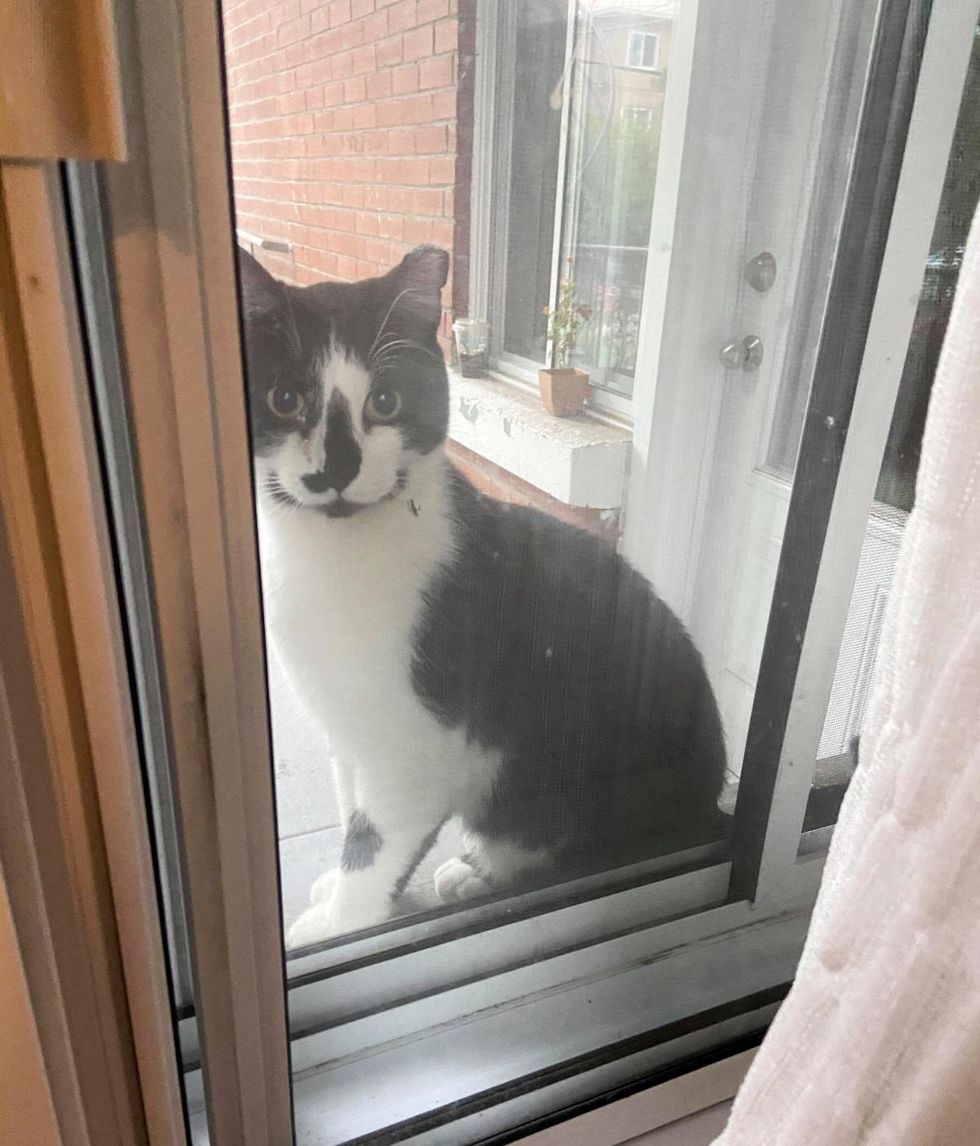 Milena opened the door and he just strutted right in. After finishing his dinner and getting some pets and snuggles, he fell asleep on the bathroom rug in contentment.

The next day, Milena took the cat to the clinic to scan for a microchip. They found one but it was never registered. 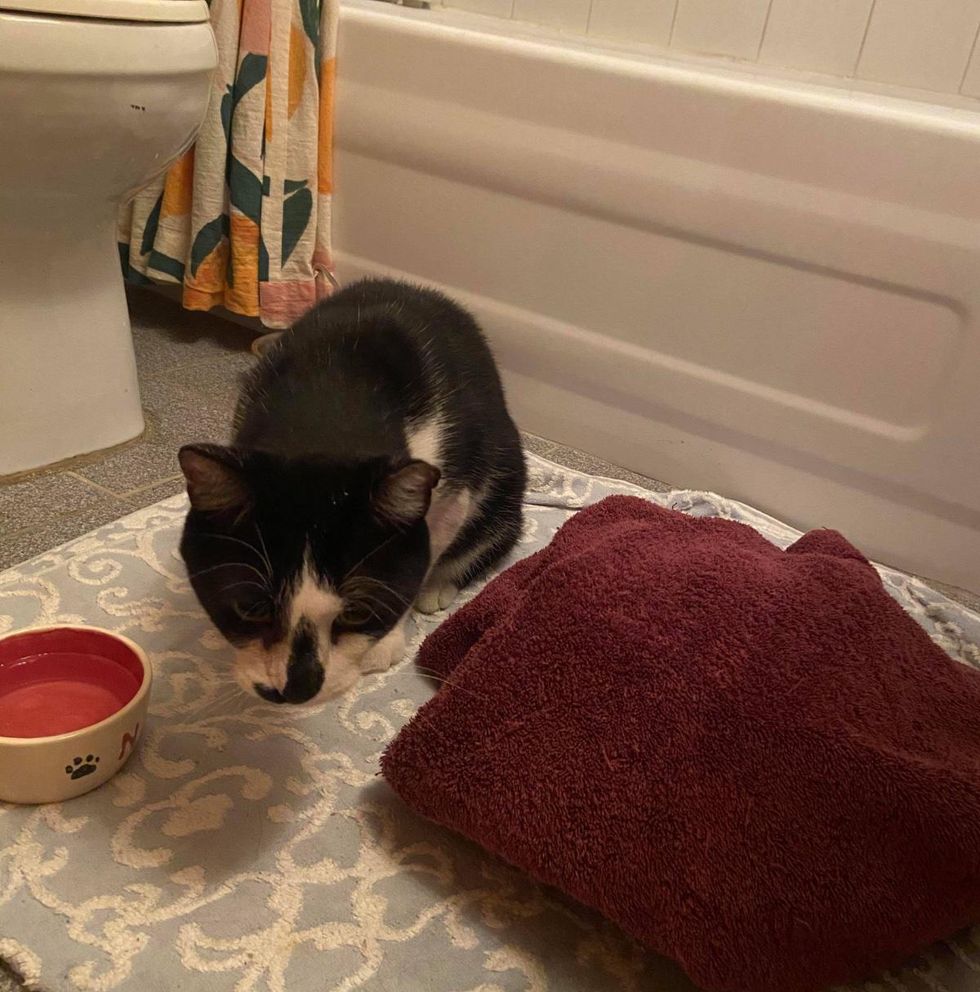 They were able to trace it to the shelter, and learned that he had been adopted a few months prior and was positive for FIV (feline immunodeficiency virus). After multiple attempts to contact the adopter but to no avail, they decided to rescue the cat. 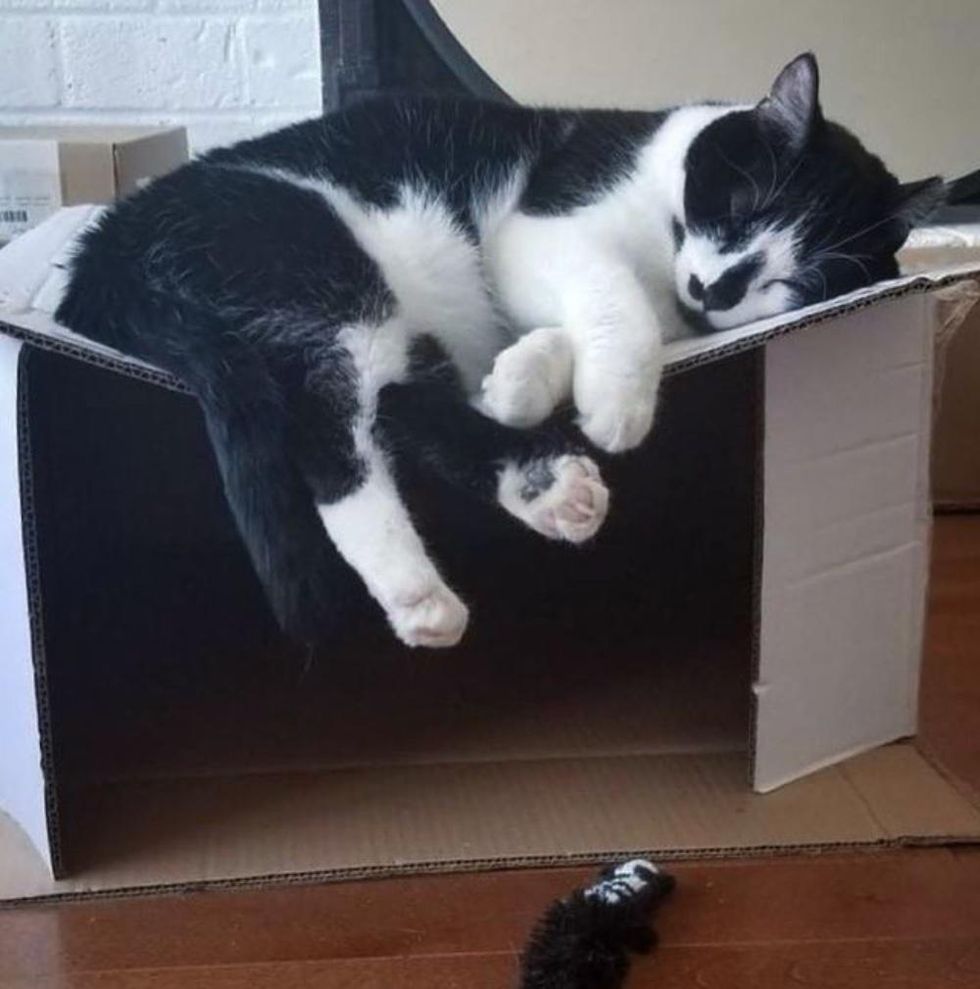 “We took him to the vet to get him all fixed up. He started eating quality cat food and quickly recovered.”

Anne-Claire and Daniel, foster volunteers of the rescue, took him into their care. In no time, Mathéo settled in as an indoor cat that he was always meant to be. “He adjusted quickly and started purring and cuddling with his humans,” Celine told Love Meow. 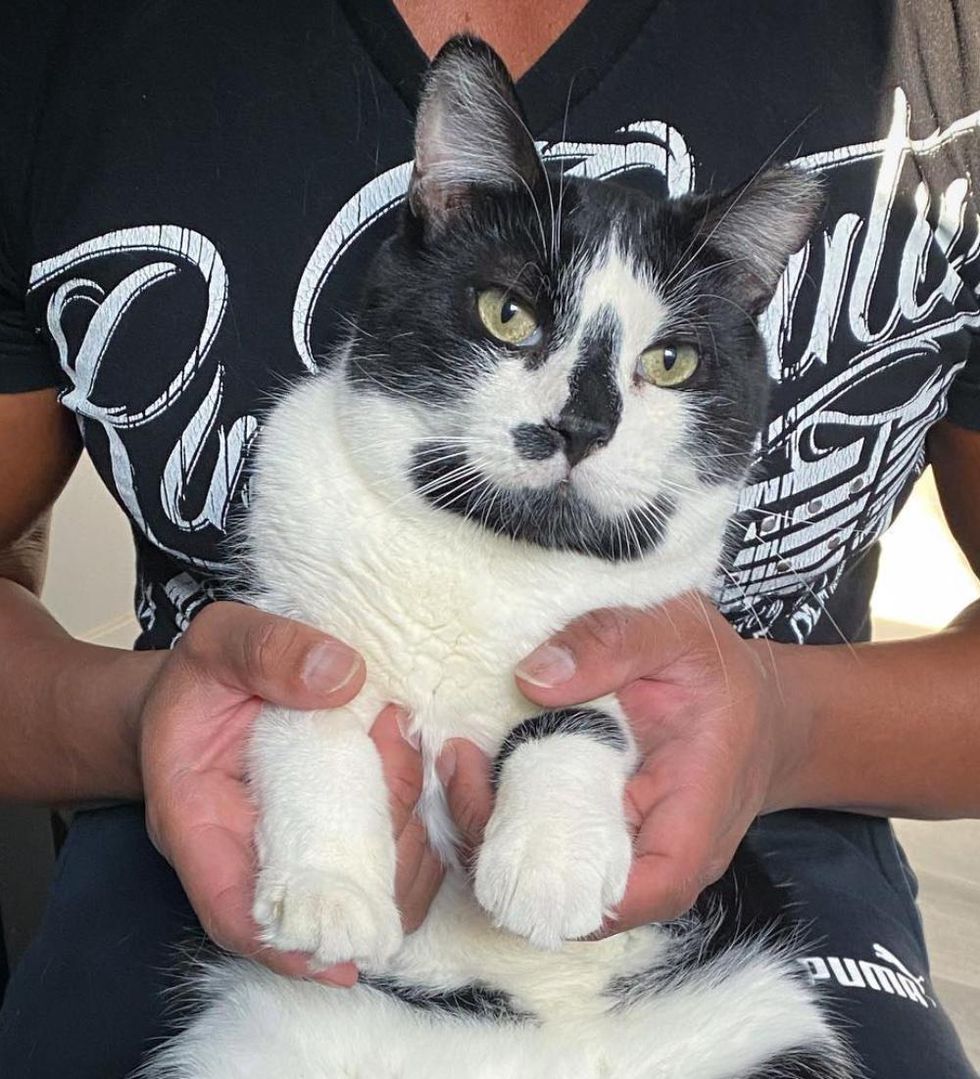 Mathéo was so happy and comfortable being back in his element. He’d follow his people around the house and curl up on their laps for hugs.

“He is very playful, adventurous and has the heart of a teddy bear. He likes to be carried in their arms like a baby and will chirp and purr when he’s held.”

Watch Mathéo the cat and his journey in this video:

When he was transferred to another foster family with Melanie and Kurt, he met three other cats, two of which were also FIV positive, and he immediately felt like he belonged. 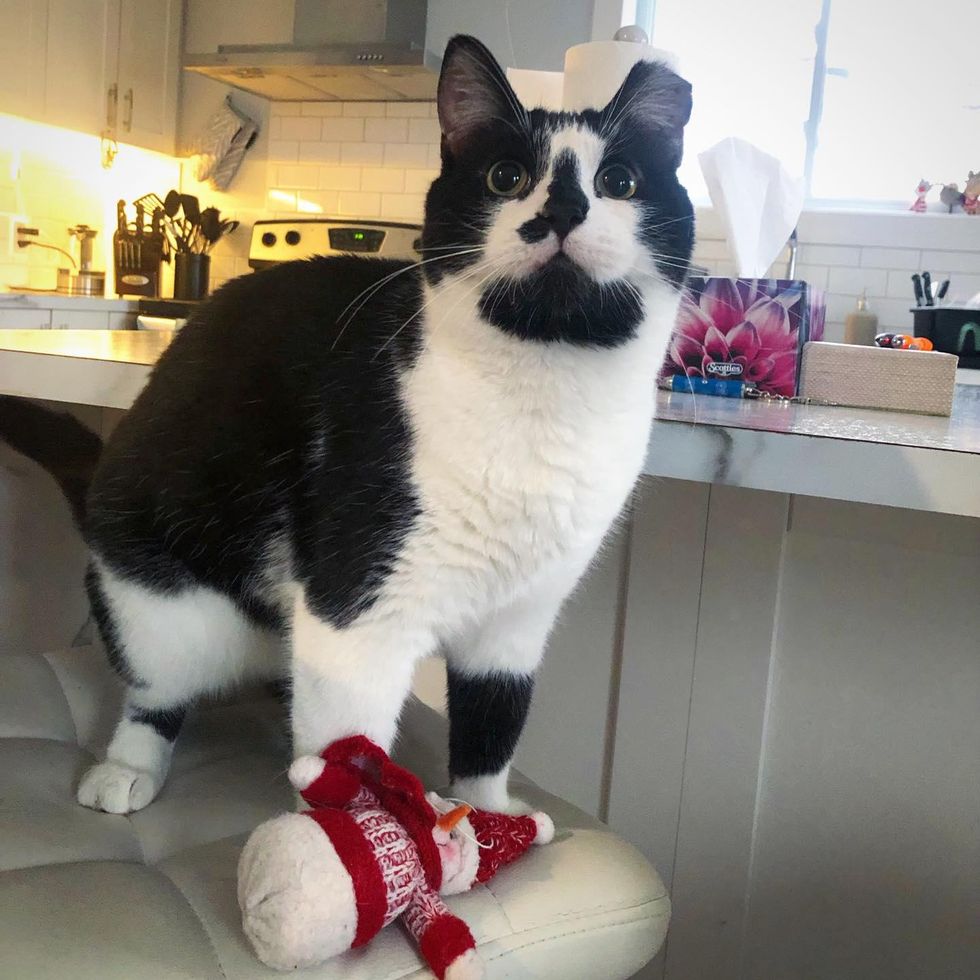 Harold (brown and white), Pinocchio (grey), and Brandie (tortie) came to the rescue on separate occasions and all found their way to the same foster home. Harold, the big brother, took Mathéo under his wing and showed him the ropes.

“He introduced Mathéo to morning wrestling and invited him to watch feline entertainment at the windows with the gang.” 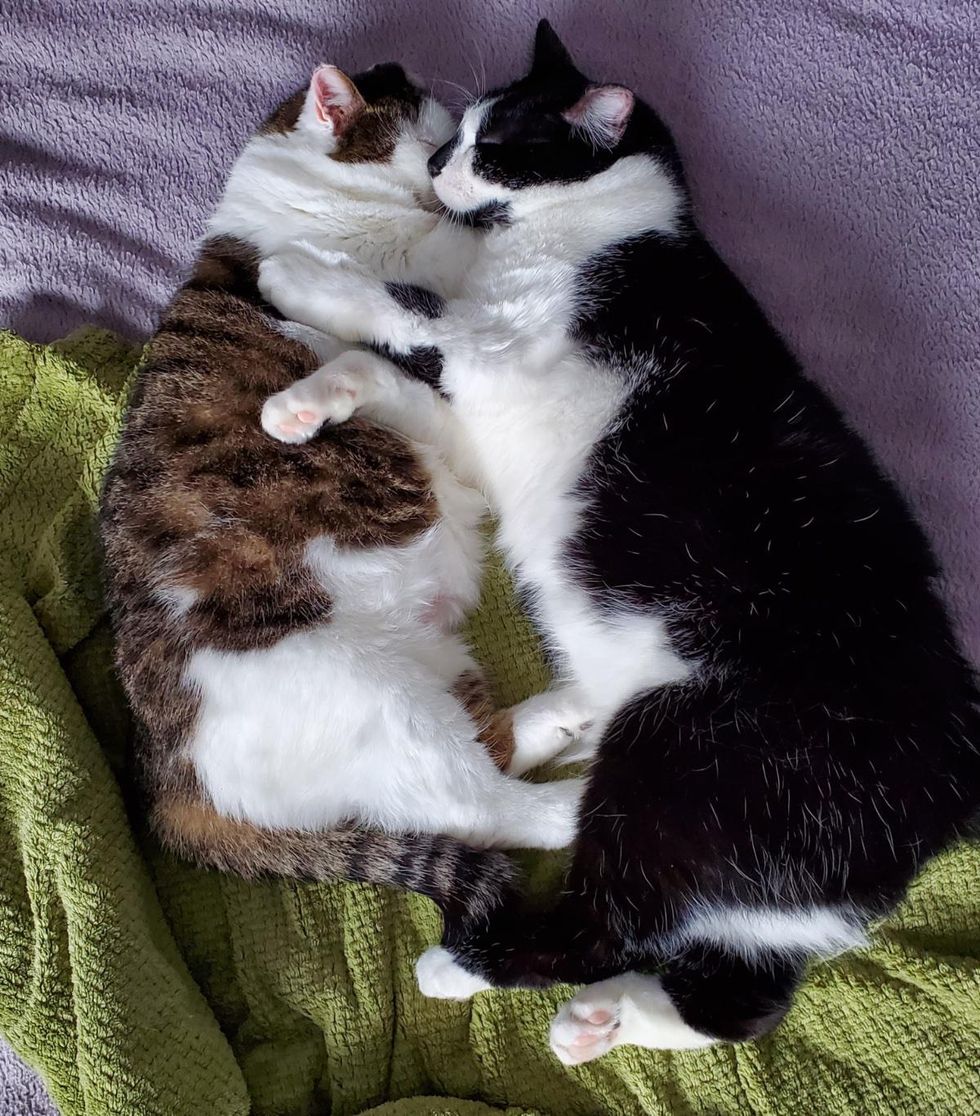 All four of them got along beautifully—they did everything together and supported each other with plenty of face rubs and snuggles. Melanie often found Mathéo cuddled up to Harold, with their arms around each other, snoozing and snoring together.

After months in foster care, the couple knew Mathéo was where he belonged. “They called me on Melanie’s birthday and told me that they would like the four to stay together with them forever,” Celine shared with Love Meow. 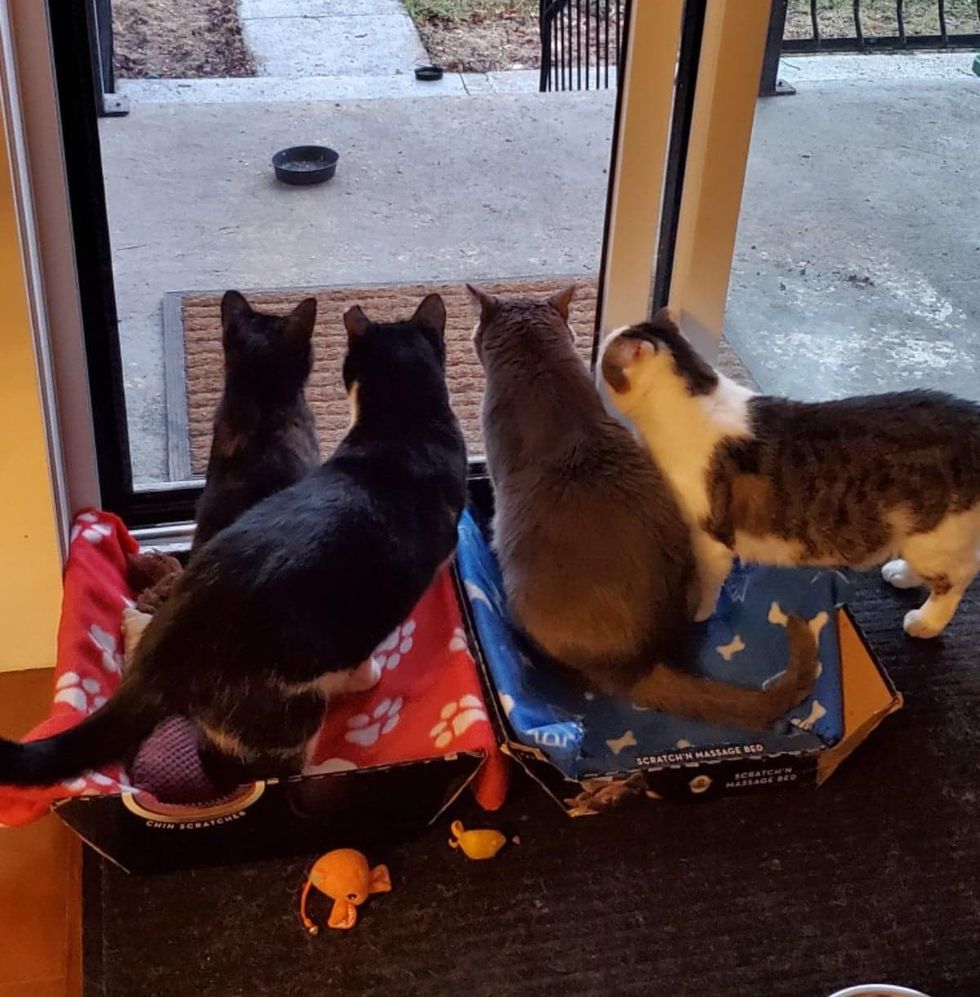 The four will stay together foreverChatons Orphelins Montréal

“These sweet cats were adopted together to a big home with loving humans. It was the first time we had a quadruple adoption.”

Mathéo is living the life of his dreams with his feline siblings to keep him company and forever humans that love him to bits. 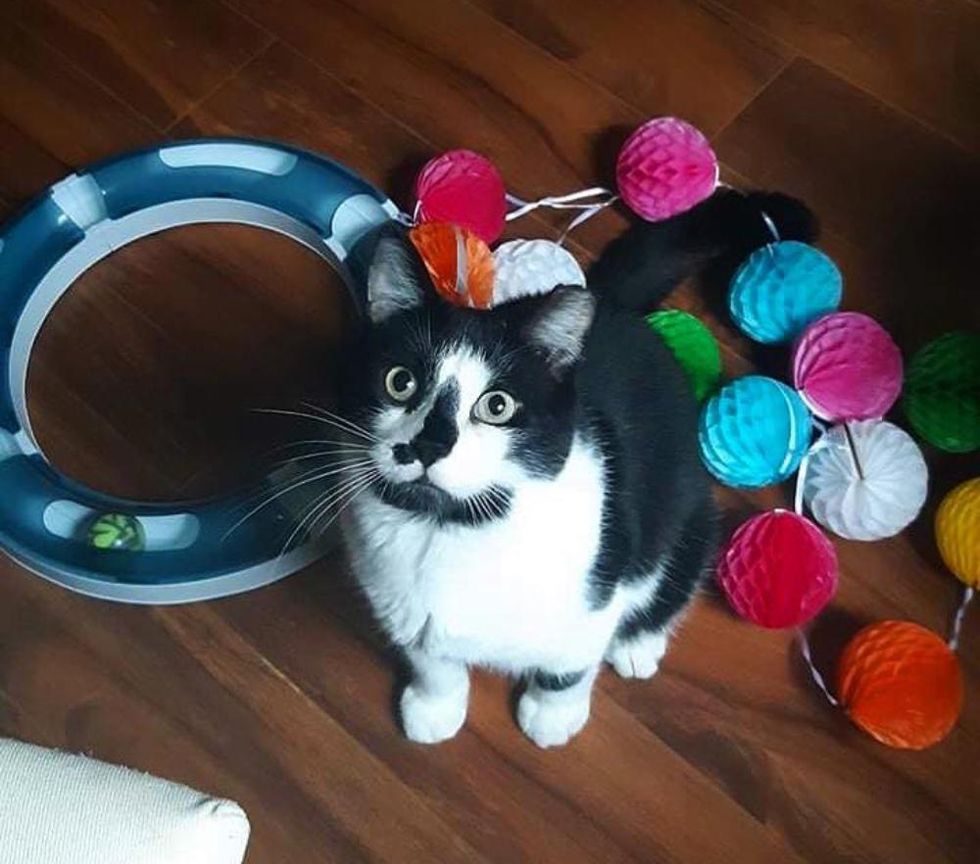 Related story: Cat Gets Her 8 Kittens Inside a Home After Spending Her Whole Life Outdoors

Kitten Just a Quarter the Size Of What He Should Be, Blossoms into Beautiful Young Cat

Award Nomination for Ex-Serviceman Who Swapped the Military for Moggies