A kitten with a “frown” came to a woman’s home and grew up to be a small cat with a big cattitude.

A litter of kittens were brought into the Carroll County Humane Society in Tennessee, needing foster care. They were about 4-5 weeks old and one of them was significantly smaller.

As it turned out, the runt of the litter was the only one born with dwarfism. Her siblings were on par with their growth. “However, there was an obvious difference with her,” Michelle Roberts, a foster volunteer of the rescue, told Love Meow.

“She was smaller and weighed less than the other cats. She also had that ‘grumpy cat’ face that I have noticed in other dwarf cats.”

Michelle was asked if she could foster the kittens, and she didn’t hesitate to take them in. The tiniest fur baby named Widget gazed up at Michelle with the most “disapproving” look when they first met, and immediately commanded her attention. 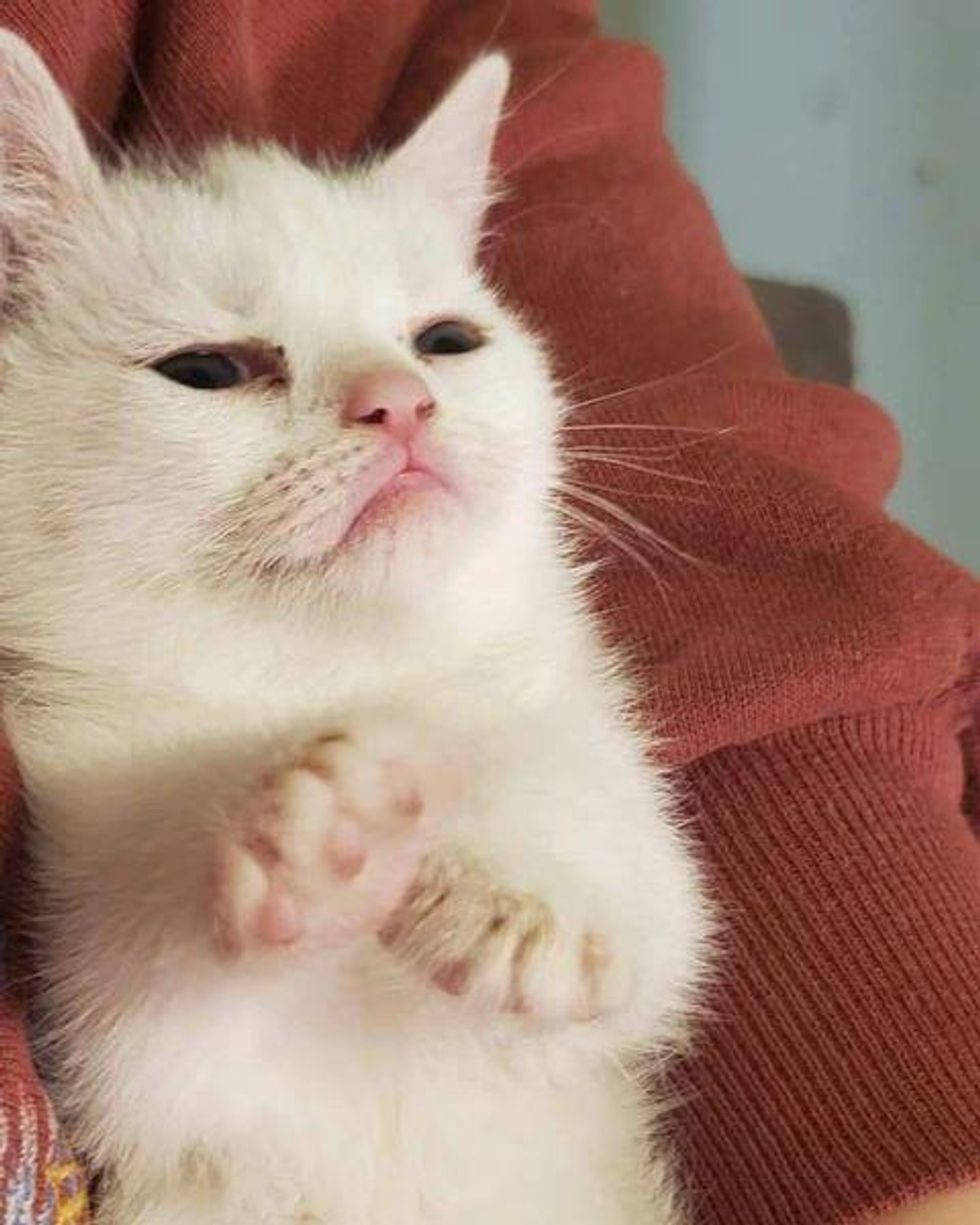 “I instantly fell in love with her before I even met her. Once I saw her in person, I was completely smitten,” Michelle told Love Meow.

Over the next 1-2 weeks, her littermates grew by leaps and bounds, while Widget took her time making small progress each day. Her little “frowny” face became more pronounced, and her cattitude bloomed. 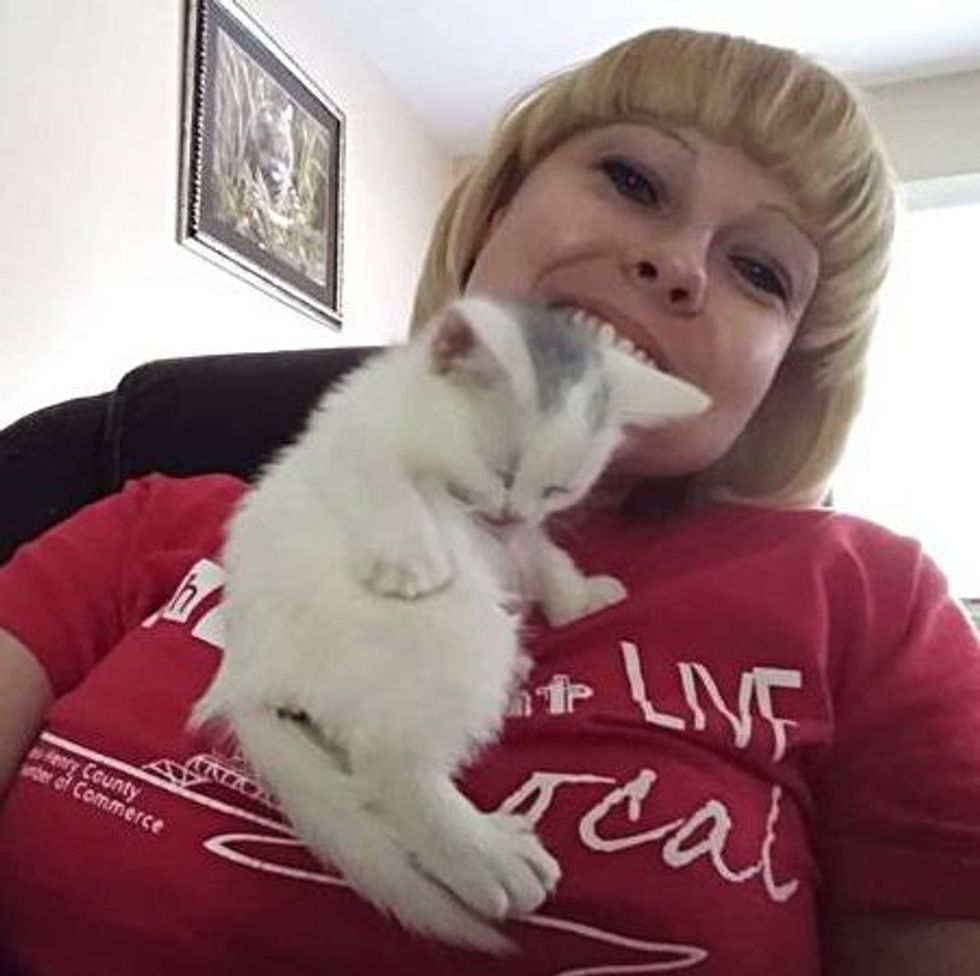 Widget enjoyed snuggling with her foster mom (even though her face said “no”) and being catered to like a little princess. With each passing day, Michelle found herself falling even more in love with the little girl.

Within a few weeks, her siblings were all adopted into forever homes. “Since I was Widget’s foster mom, they did allow me to be first in line to adopt her.” 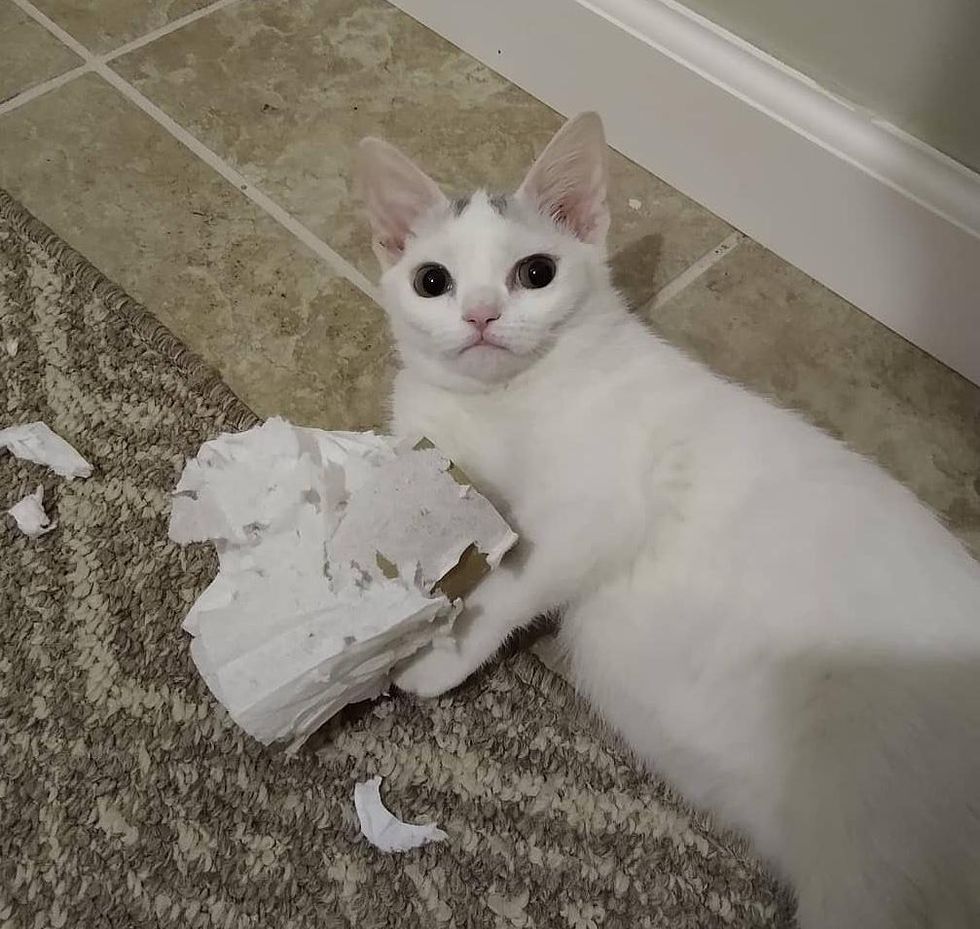 She loves to play with toilet paper rollsMichelle Roberts

The kitten had her foster mom wrapped around her little paw from the day she set eyes on her cheeky frowny face. It was then that Michelle knew that she had been chosen.

“I have always said that a cat or a dog actually pick out their human instead of the other way around.” 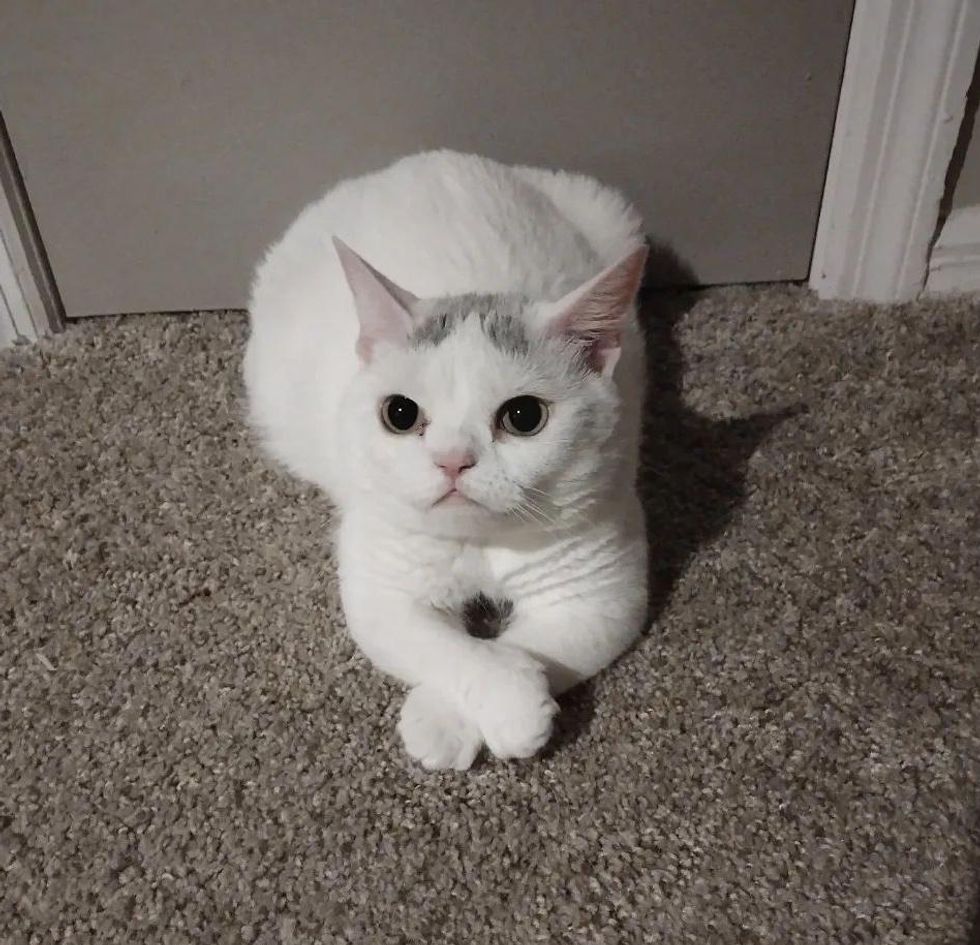 She may be small but she is full of sassMichelle Roberts

“The ladies at the Humane Society decided to contact me about Widget because they knew I would love her. They knew I would give her a wonderful home and that they would get constant updates on her.” 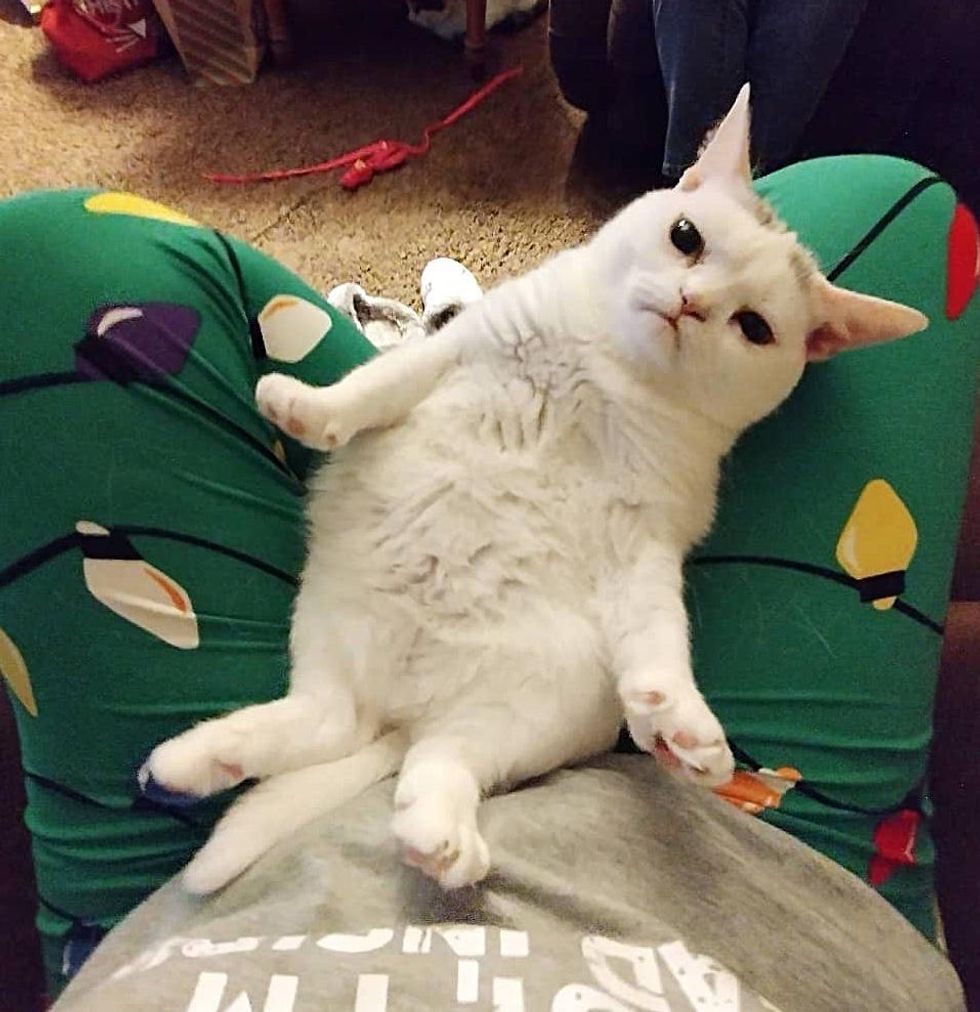 Widget is packed with cattitude, and everywhere she goes, she is the epitome of feline sass.

“She will let you know exactly how she feels about everything,” Michelle shared with Love Meow. “It’s crazy how that super frowny face can actually have 50 different emotions in under two minutes.” 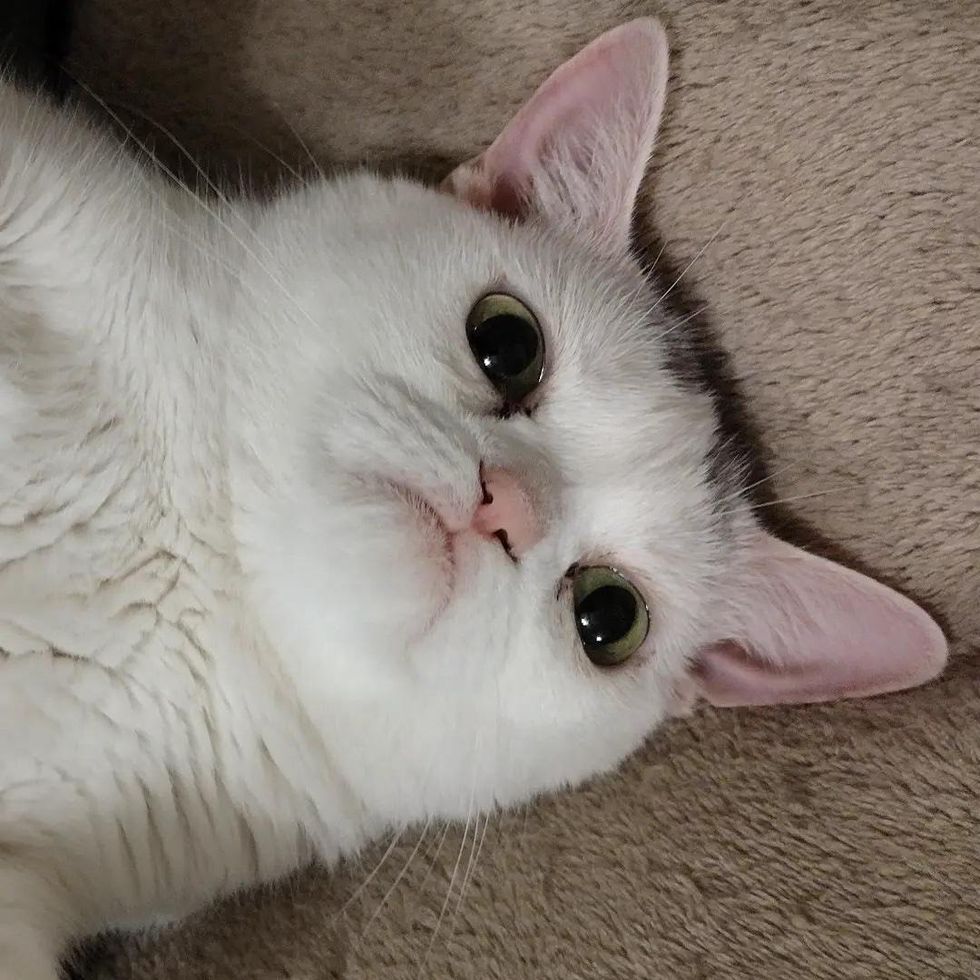 She may be small, weighing just 6.4 pounds, she can play, wrestle, and romp around just like any other cat.

“She loves playing with tissue paper and crinkle balls. She also enjoys picking fights with her siblings (other resident cats).” 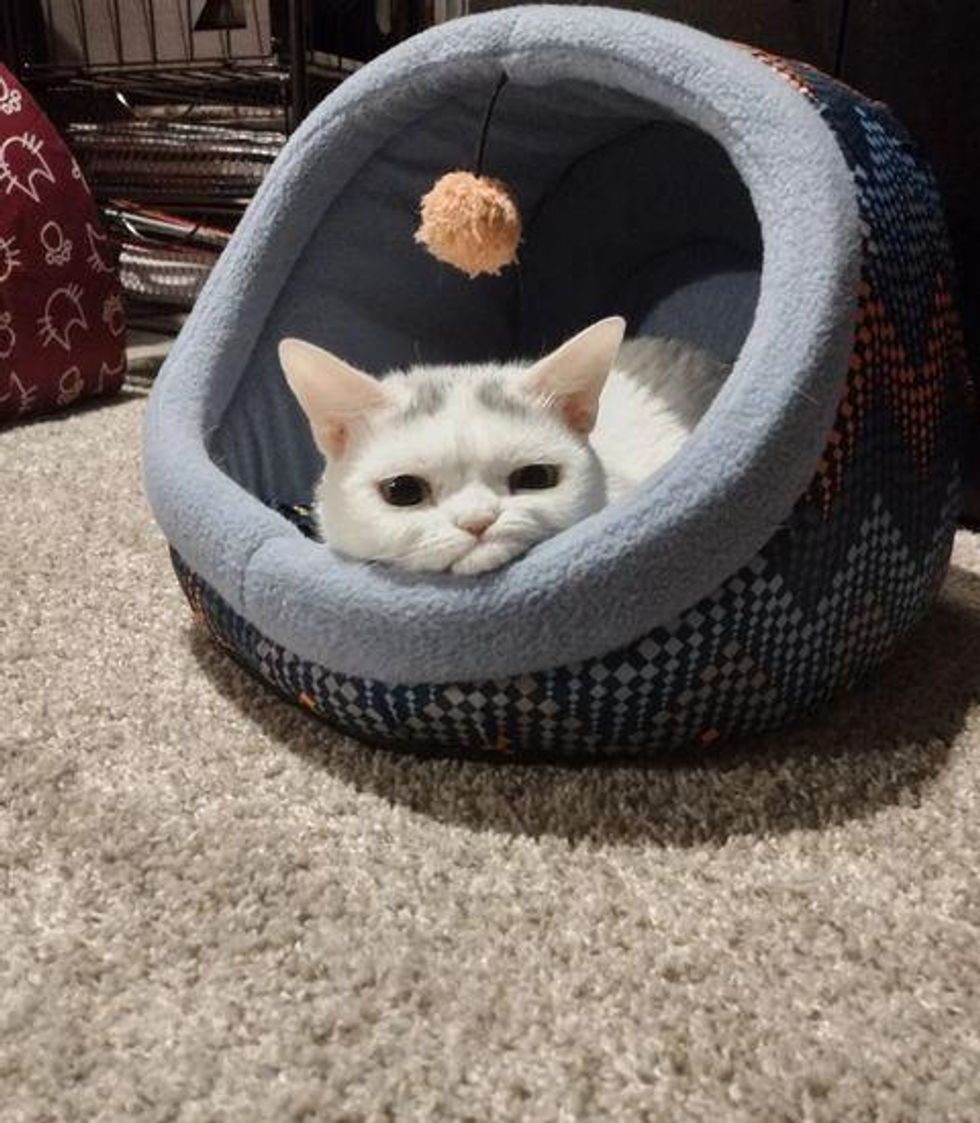 “She enjoys a good nap in a sunny spot followed by some stretching, and then more nap time. She has mastered running up and down the steps in my apartment. It’s pretty crazy how loud a dwarf cat can be when going up and down some stairs.” 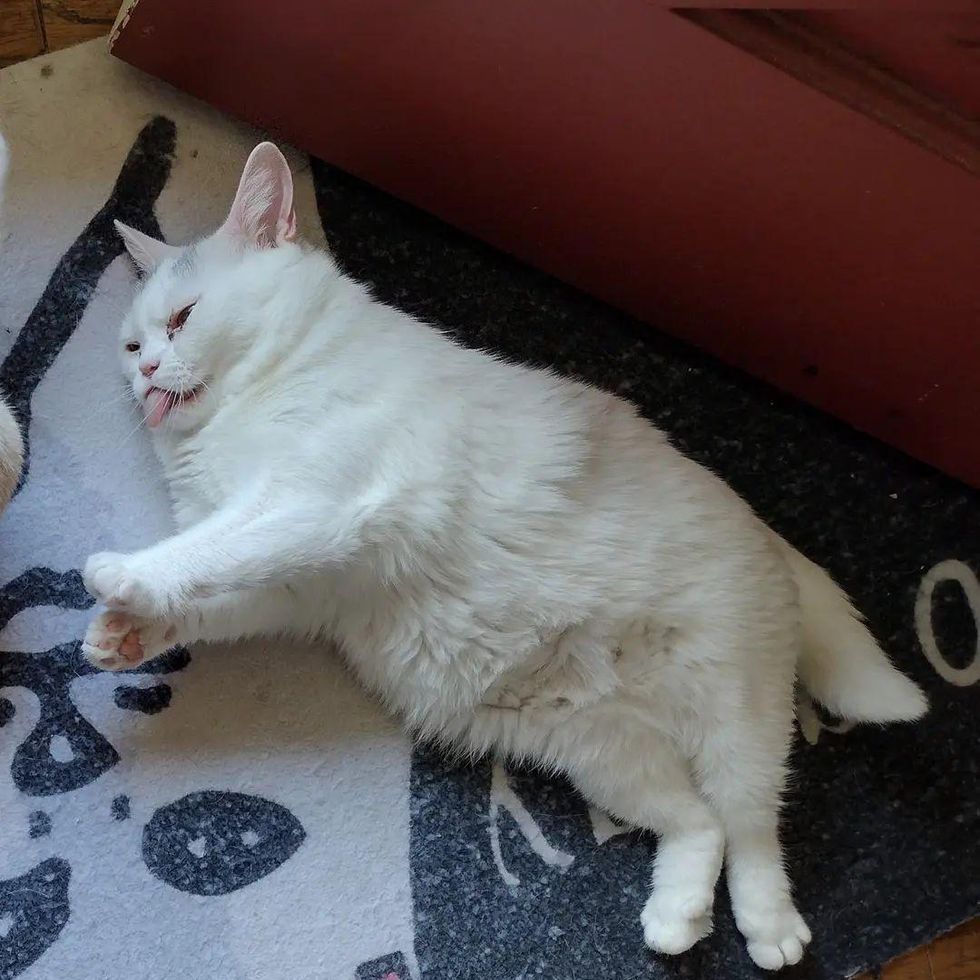 When she is on the move, she turns into an inquisitive roly-poly and a catnip-pillow tackler. When she needs to recharge, she plops down on a soft surface and snoozes away without a care in the world. 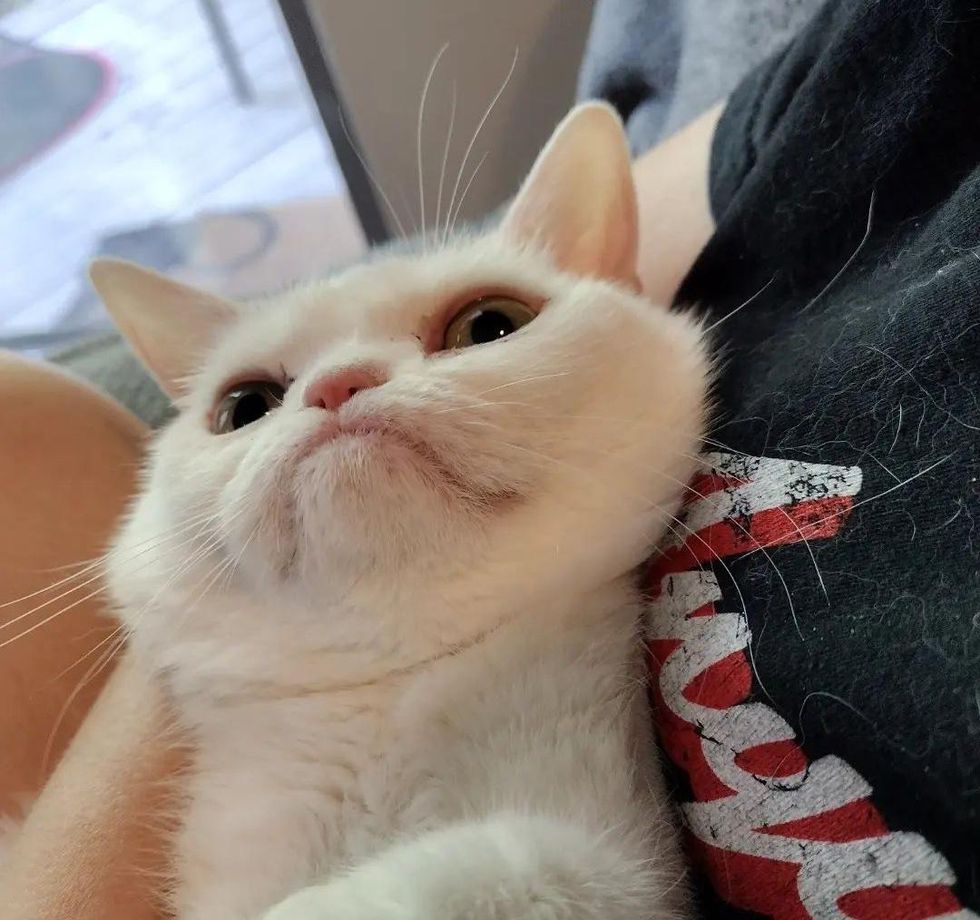 What Widget lacks in size, she surely makes up for in personality and an abundance of sass. 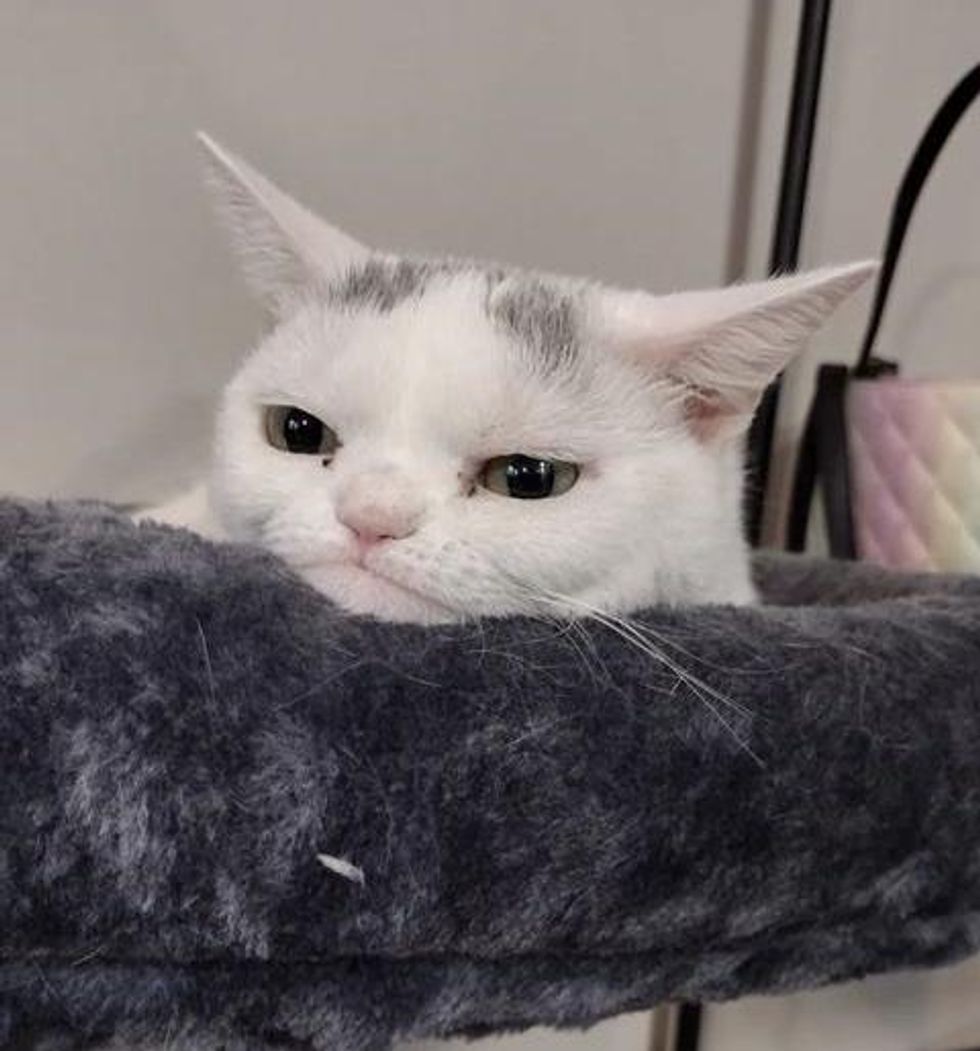 She lives up to the spoiled wittle kitty life yet shows so much confidence and runs the house like a boss. 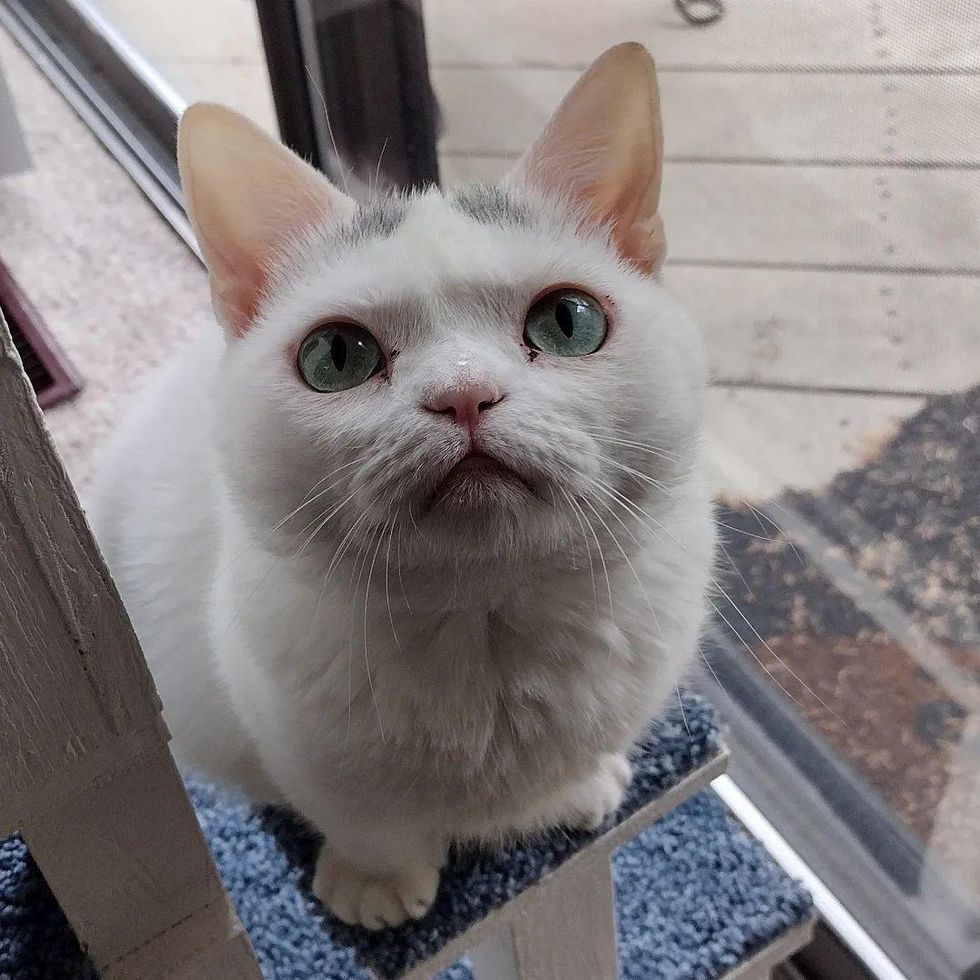 Related story: Cat Brings Kitten to Family She Trusts and Comes Back Next Day with Another One

Signs Cats Are Your Spirit Animal

Why Do Cats Sleep So Much?