These three kittens were found in a tractor trailer by kind people who turned their lives around.

It was nothing short of miraculous when three little kittens were saved from a tractor trailer at a tire recycling company. A worker was unloading the trailer and was shocked to discover the litter of kittens huddled up amongst the tires.

The worker jumped into action, placed the kittens in a box layered with their clothes, and rushed them to get help. “They were lucky to have been found when they were. The trailer happened to be unloaded that day, when sometimes they can sit for days or weeks,” Sarah Kelly, founder of Murphy’s Law Animal Rescue, told Love Meow.

“Thankfully, they were found alive and able to be rushed to one of our foster volunteers who worked in the area.” 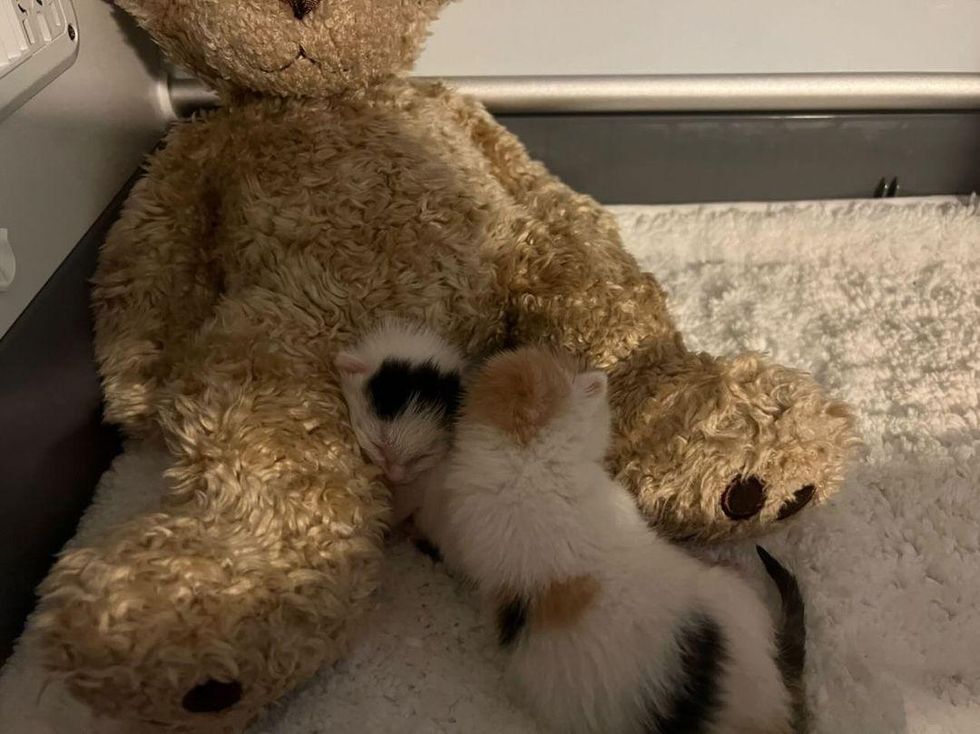 The three were in poor shape and urgently needed critical care. The orange and white kitten was unresponsive and struggling to hang on. “When we saw them for the first time, we didn’t think we were going to be able to save him.”

Despite all the odds, Sarah and her team wanted to do everything within their power to help him. The kittens were a few days old but only the size of newborns. 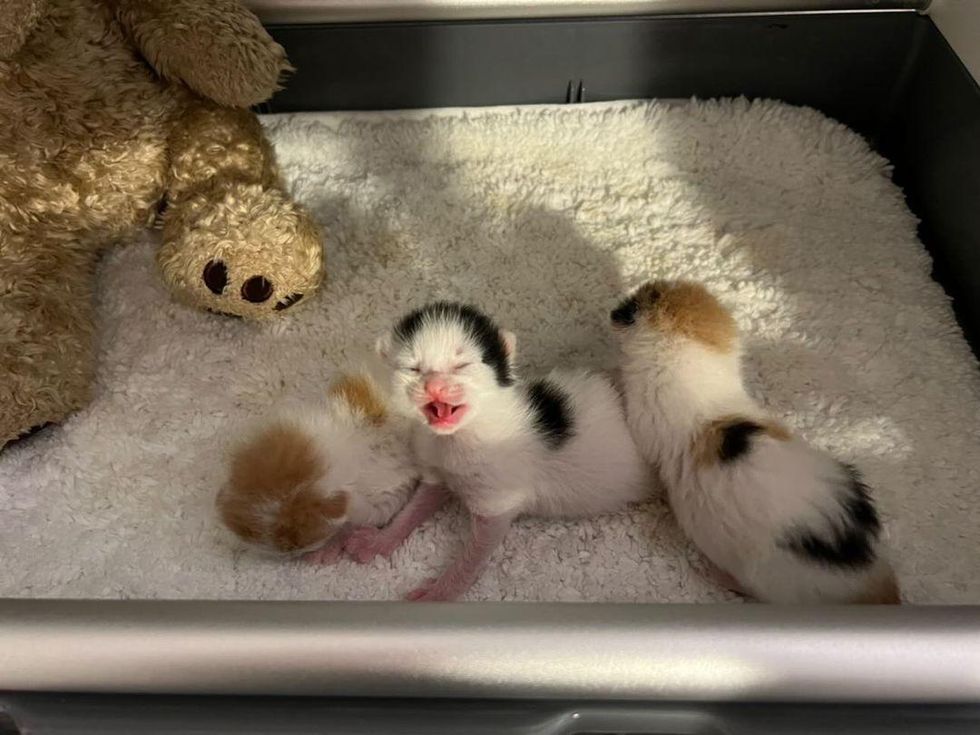 “We worked all our magic, pulled out all the tricks and worked around the clock to bring them back to health,” Sarah shared with Love Meow.

The trio, Mich (black and white), Elli (calico), and Goody (orange and white), were given the best care in the comfort of their nursery. Goody had his own incubator, where he could rest up uninterrupted and receive oxygen and nebulizer treatment to help him heal. 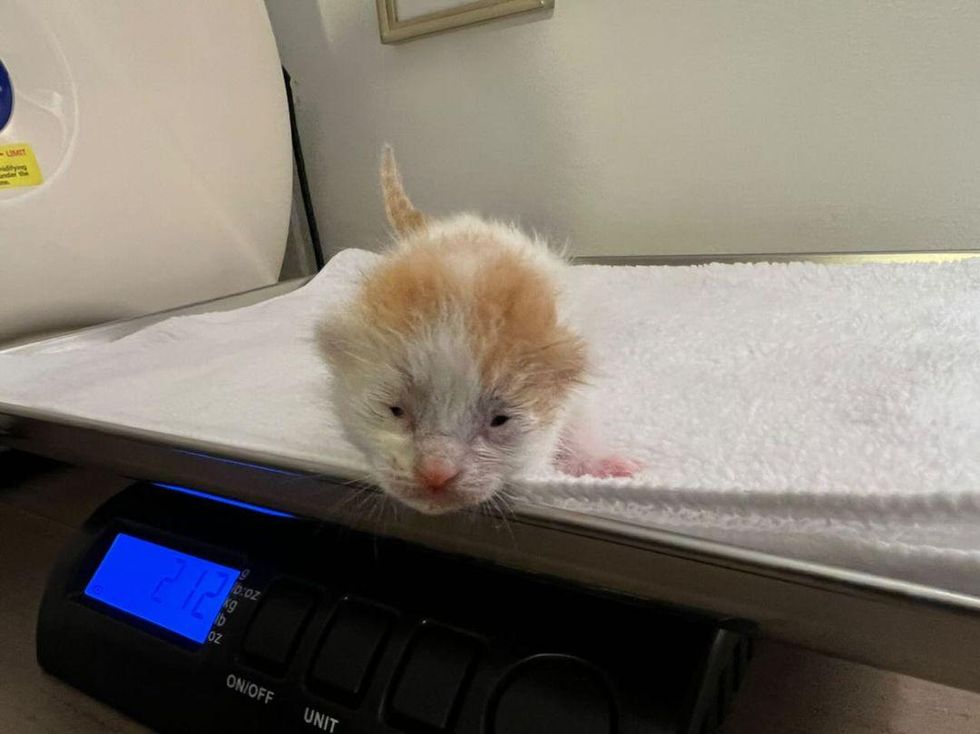 Goody who was in the worst shape, perked up after a few days of intensive careMurphy’s Law Animal Rescue

Goody showed his incredible will to live. After 48 hours of painstaking care, he perked up and started wiggling his little legs with his newfound strength.

A few days later, he was able to move around and eat on his own. It was then Sarah could breathe a sigh of relief knowing that he was going to be okay. 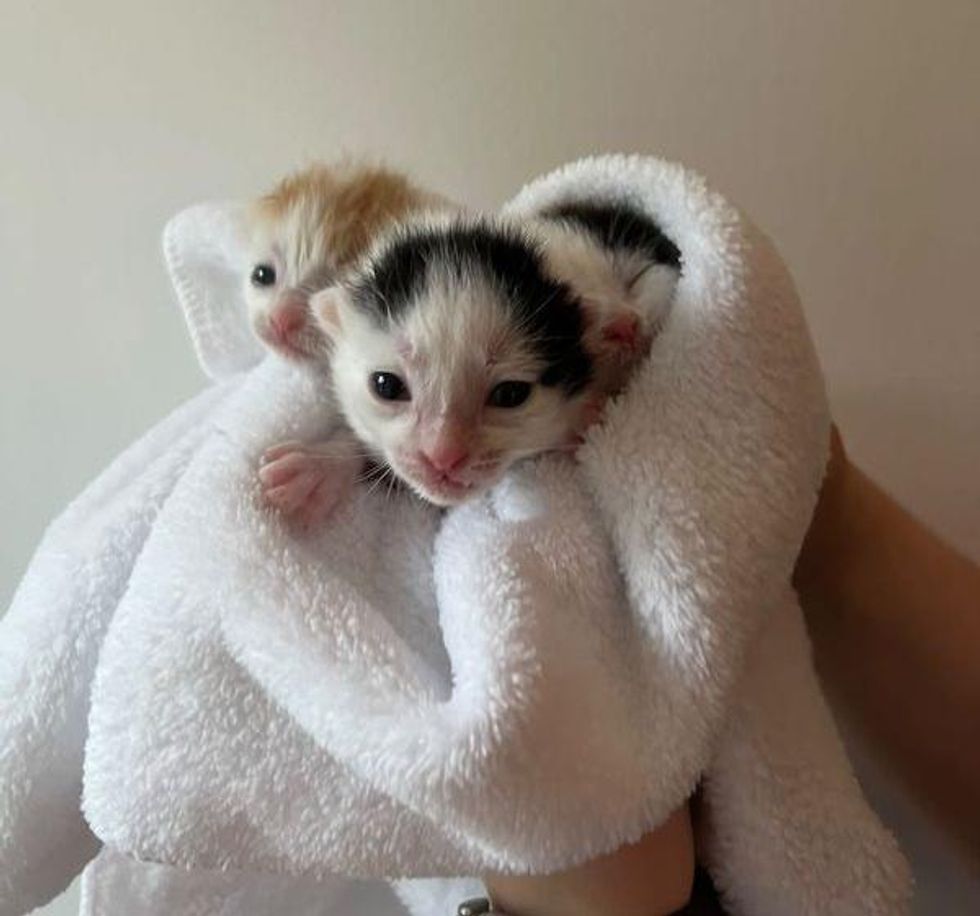 “We worked as hard as we ever have to bring him back from the brink and couldn’t believe our eyes the first time he was able to hold his head up and drink on his own. It was truly a miracle,” Sarah shared.

“Mich and Elli were much stronger than Goody from the start, but they had to overcome so much as well. We were so thankful they were all able to pull through.” 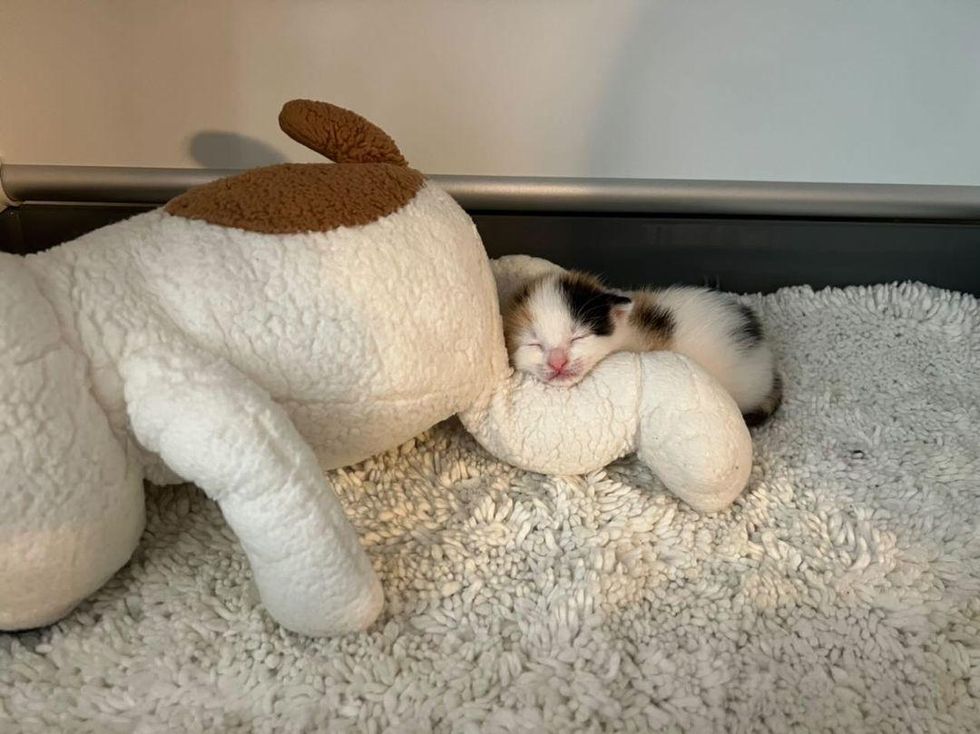 The trio were reunited when Goody was strong enough to roly-poly with his siblings. “Mich and Elli could not have been sweeter and snugglier to their brother after getting him back.”

The kittens reached one milestone after another. They put on a lot of healthy weight and their energy level soared. 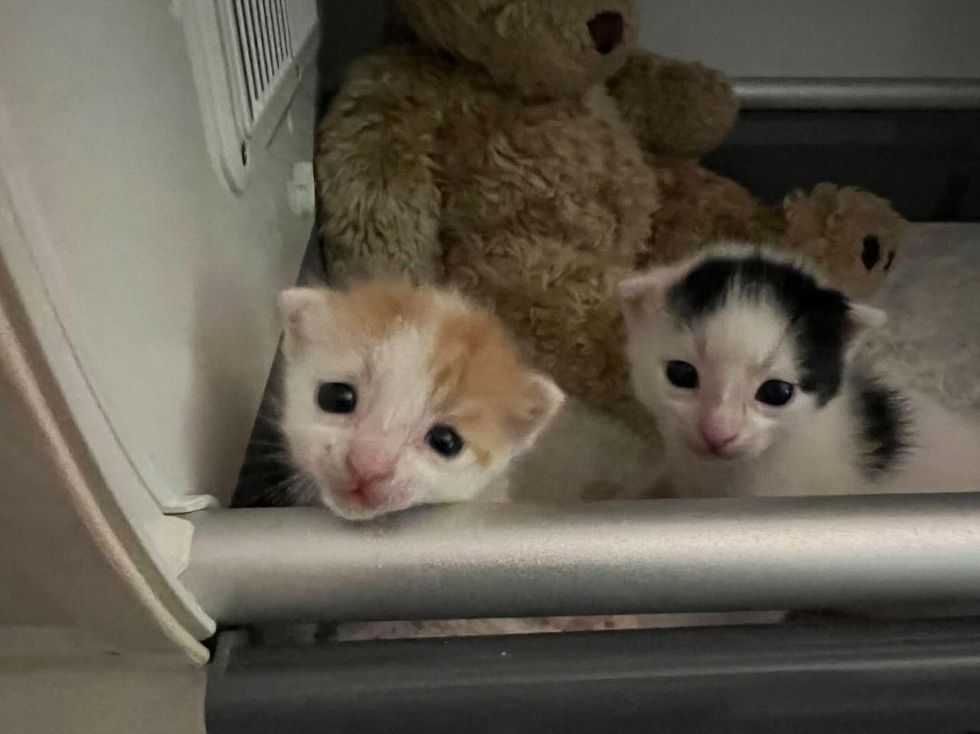 They were getting increasingly curious about their surroundings, and their desire to venture out of their nursery amplified.

As soon as they found their feet, the trio started waddling about and were ready to explore. 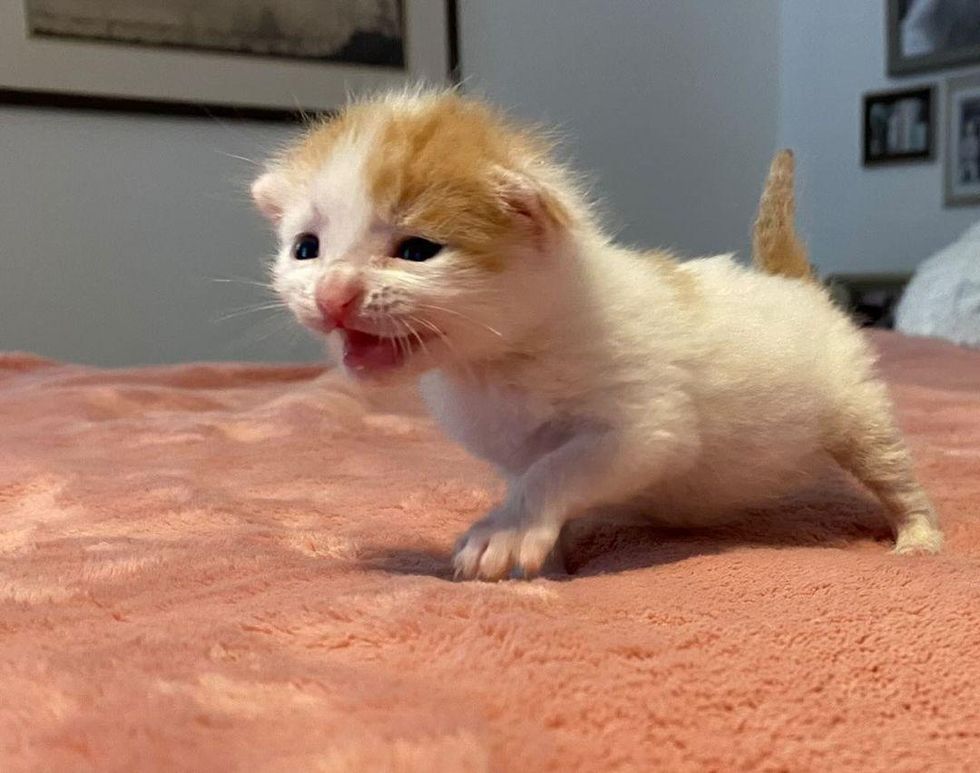 Once the kittens were big enough to move into their upgraded kitty suite, a spacious playpen, their personalities began to shine.

They perfected their walk after some honing and polishing. Soon, they began zooming around their room, chasing each other until they were all tired out. 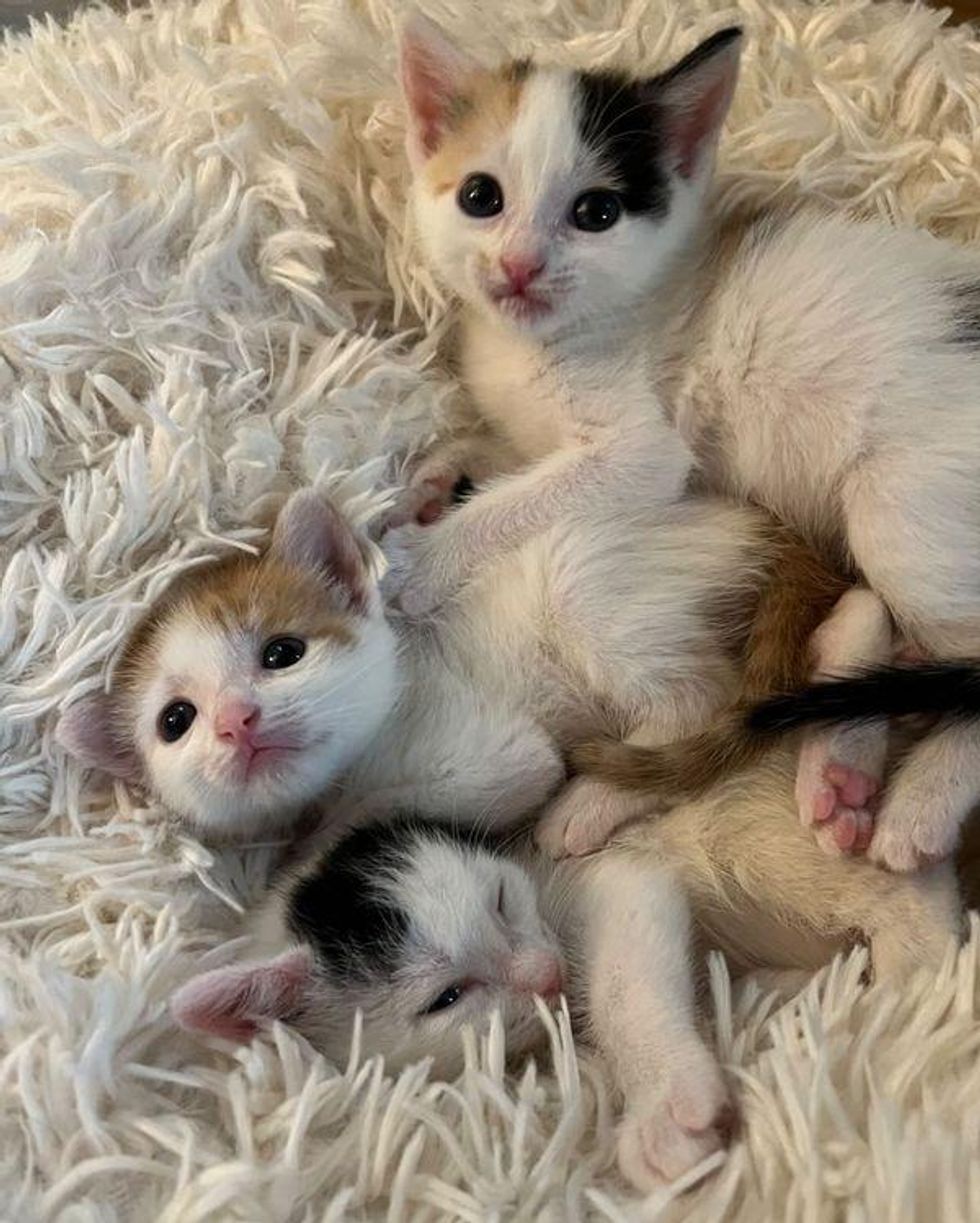 “Their personalities are the best. They are incredibly sweet and sincere. Elli is the most adventurous, and Goody and Mich prefer to snuggle more than anything else,” Sarah told Love Meow. 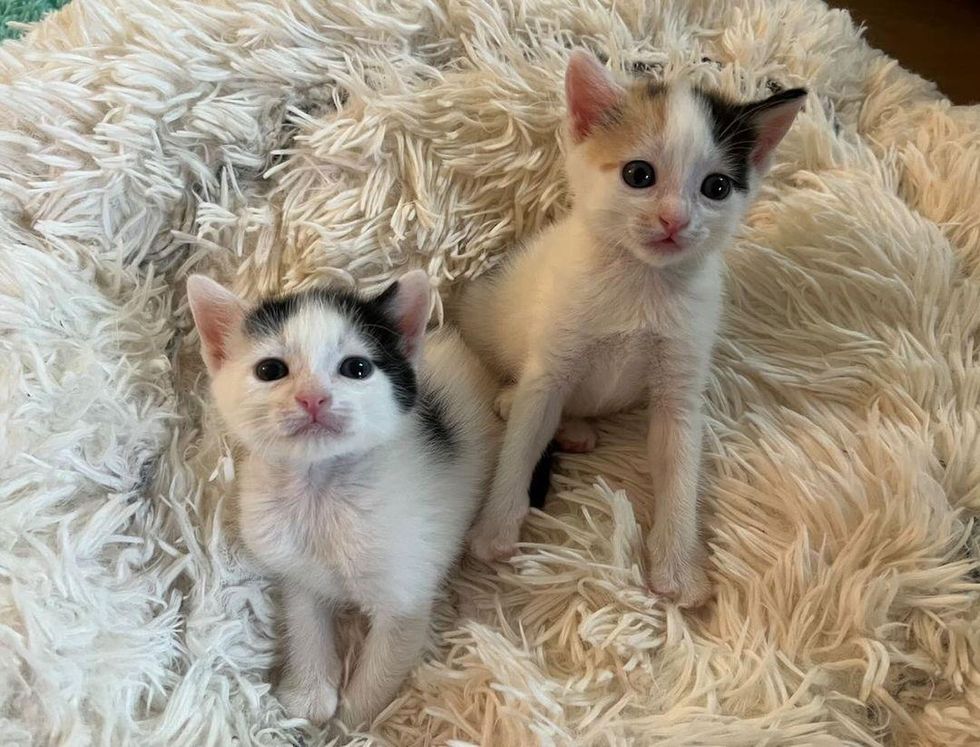 “They are all just adorable little love-bugs. They live for attention and love a good cozy bed and nap where they are getting their belly rubbed and chin scratched.” 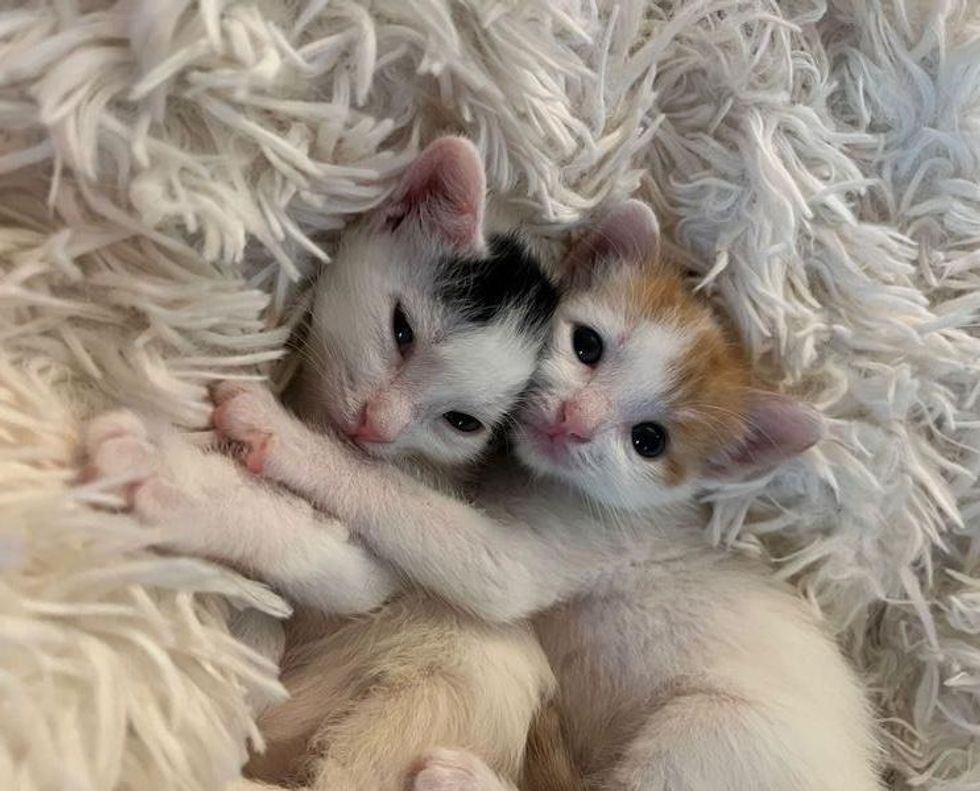 Mich and Goody like to wrap their arms around each other and purr themselves to sleep, whereas Elli is a social butterfly and loves to hang out and cuddle with everyone. 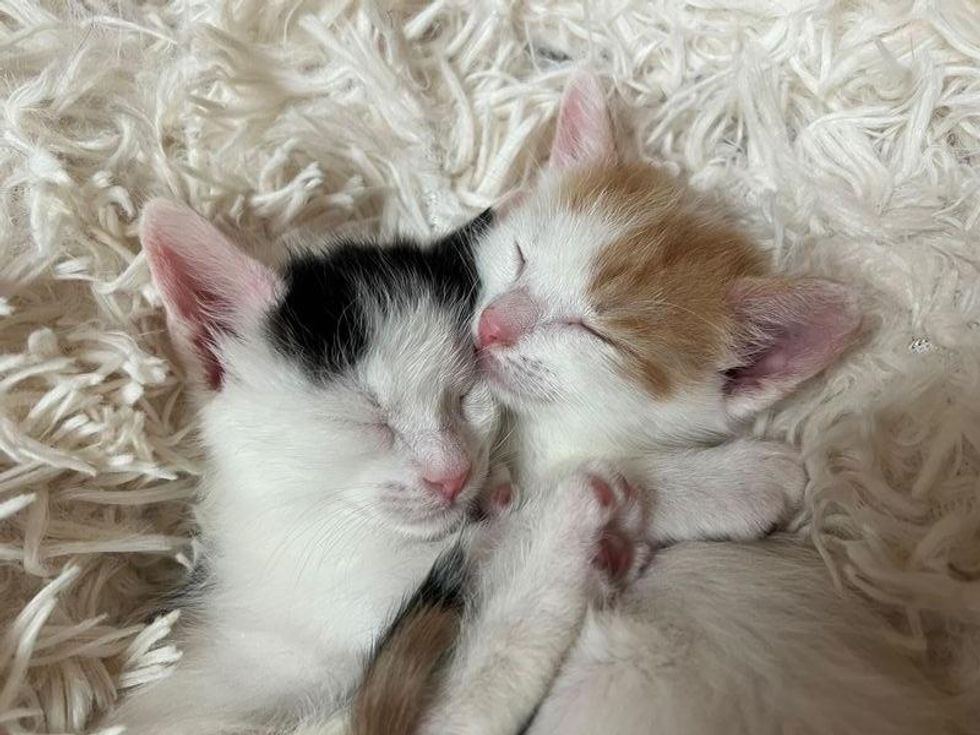 “They are very spoiled, as they deserve to be, and we can’t wait for them to find their forever families.” 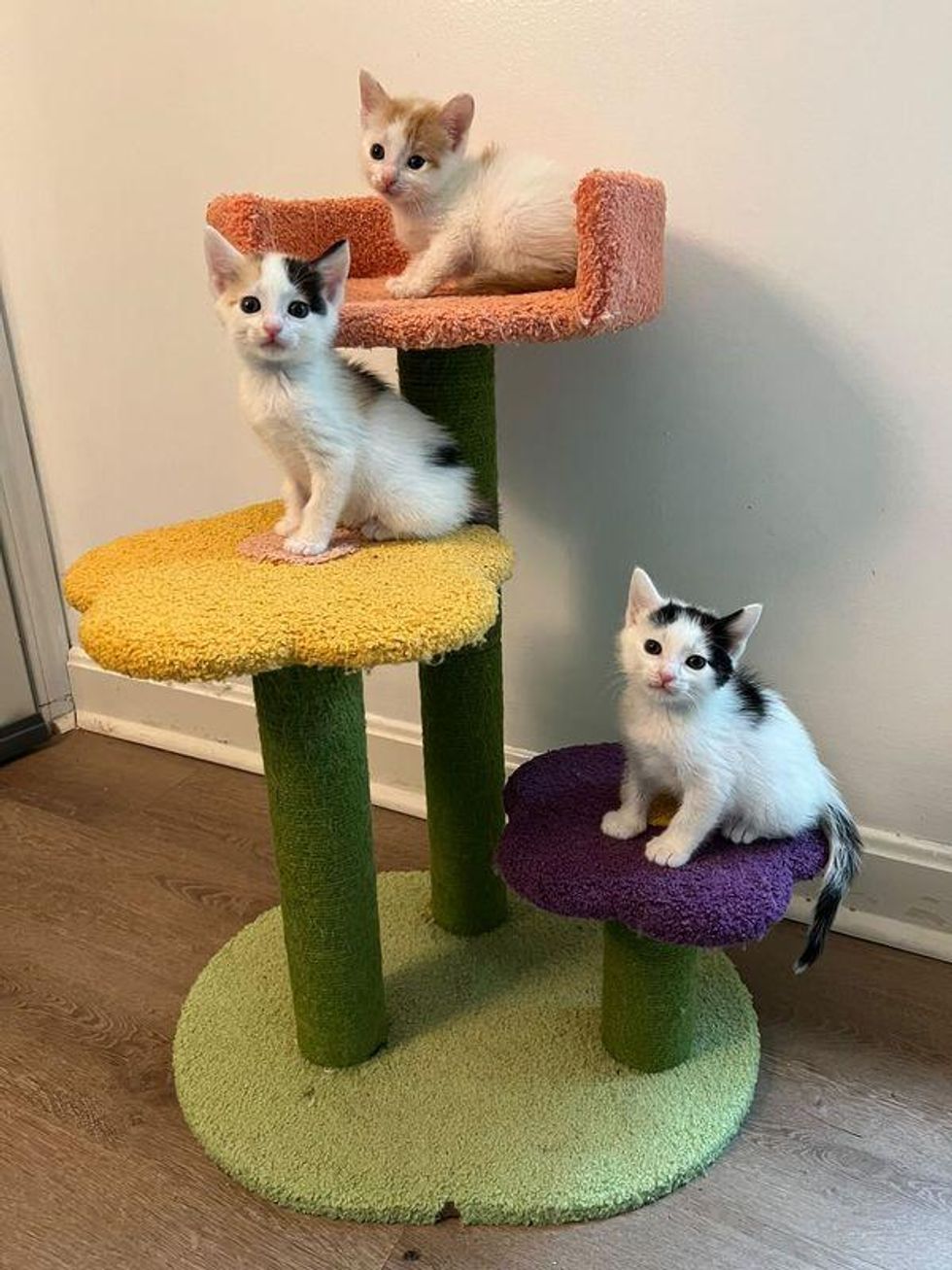 Related story: Kitten with Small Body but Strong Will to Live Transforms into Gorgeous Calico Cat