A stray kitten was so excited to be in a house that she started “supervising” everyone.

A tiny kitten was found wandering outside all alone in a residential area in Montreal, Canada. She was barely five weeks old without a mother and siblings in sight. A Good Samaritan spotted the kitten and noticed how hungry she was for food and attention.

She couldn’t bear the thought of leaving the kitten out to fend for herself, so took her home and tried to find someone to help her. Nadia, a local animal rescuer, came across her plea and sprang into action.

She picked up the kitten and transported her to her rescue, Chatons Orphelins Montreal. “We named the kitten Nannah. She was so small and weighed barely a pound,” Celine Crom of the rescue shared with Love Meow. 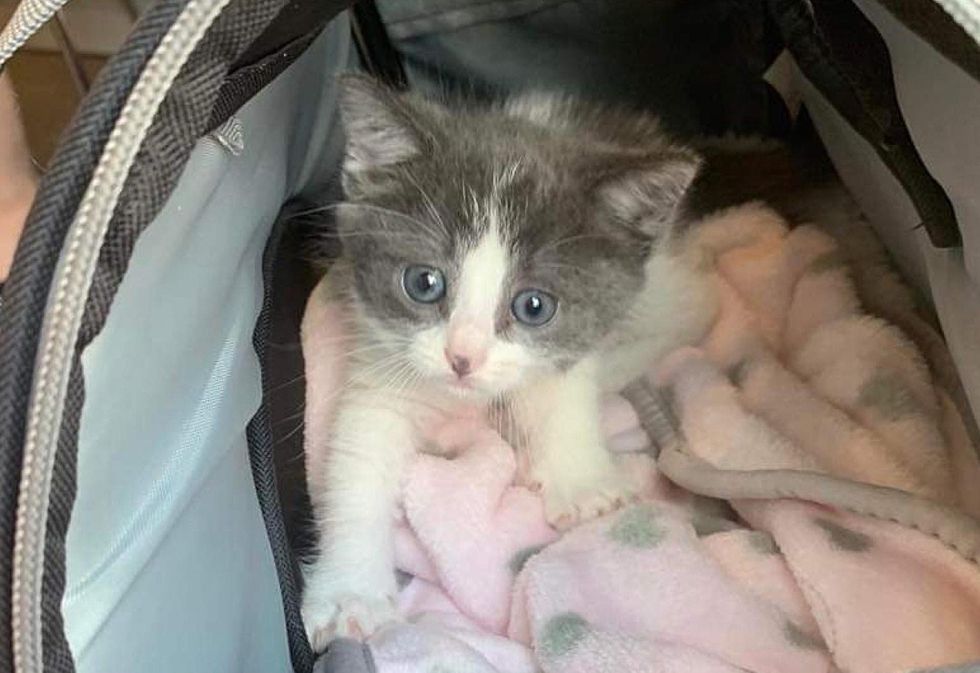 She was found outside all aloneChatons Orphelins Montreal

Nannah was underweight and had some stomach issues that needed to be resolved. “She was vulnerable living outside without a mom at such a young age. We are glad that we got her now.”

The kitten was very friendly and confident from the get-go. She was not afraid at the vet and purred loudly as she was being examined. 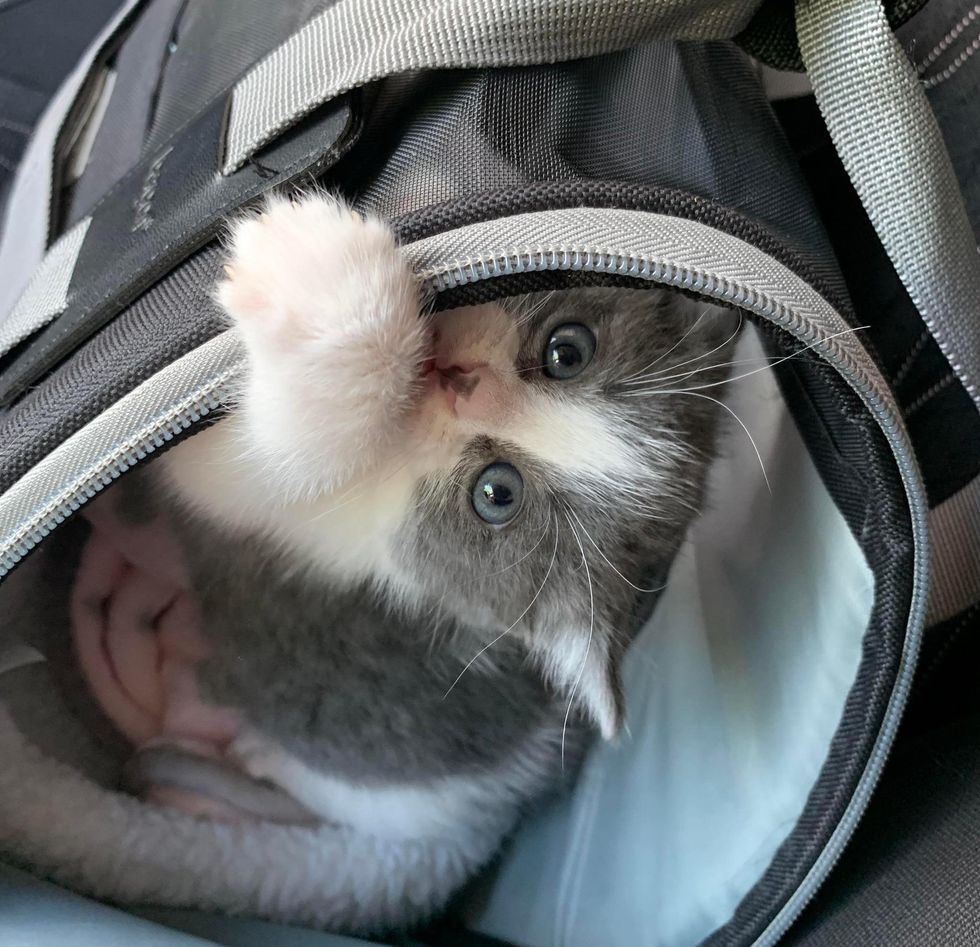 After braving the streets as a youngling, Nannah was taken into foster care. Anais, Manon, and Eva, volunteers of the rescue, took turns to care for the kitten. They nursed her back to health and helped her wean.

Nannah was beyond ecstatic when she met other cats and dogs. She became their little petulant sister that they never knew they needed. 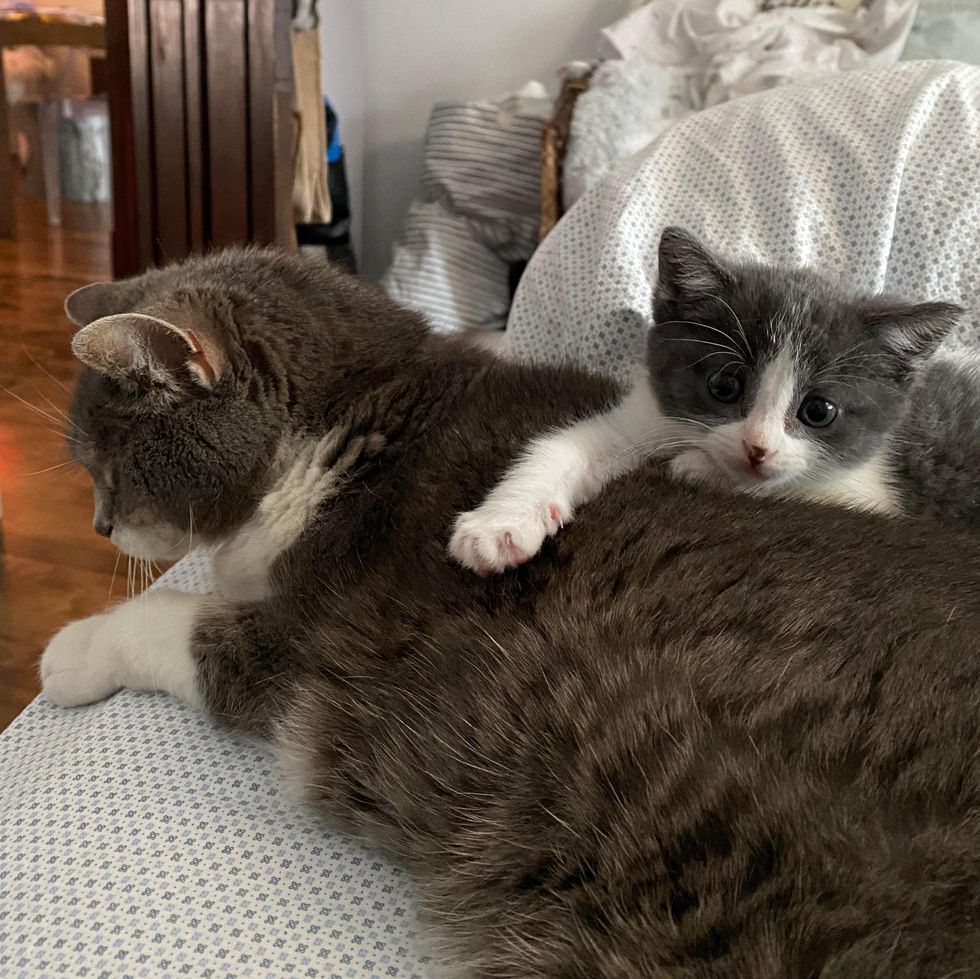 She insists on being everyone’s friendChatons Orphelins Montreal

She isn’t shy of walking up to a cat to exchange nose sniffs. She will follow them around the house, try to play or cuddle with them, and won’t take no for an answer.

Nannah can hold her own when roughhousing with cats thrice her size. She is always the one to initiate a wrestling match and constantly tries to keep them on their toes. 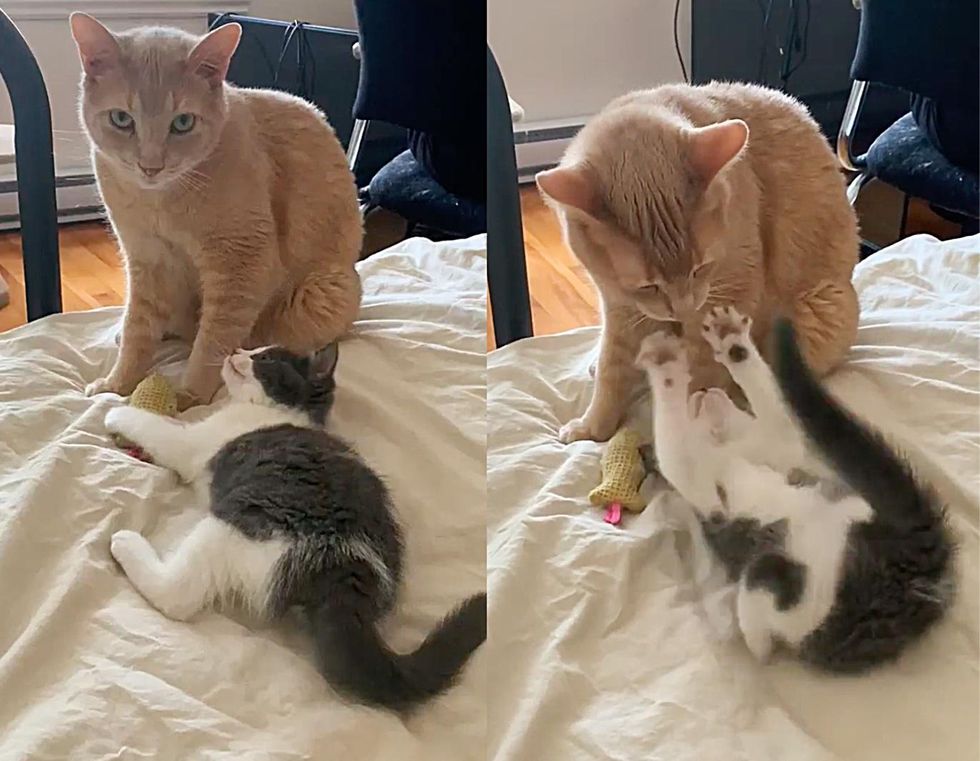 She wiggles her behind to charge up her pounce and surprises the resident animals with her boisterous sneak-attacks. Even the resident dog can’t escape this little ball of energy.

“She always goes to them and needs to be around them. She wants to know what they are doing and is a bit of a diva herself,” Celine told Love Meow. 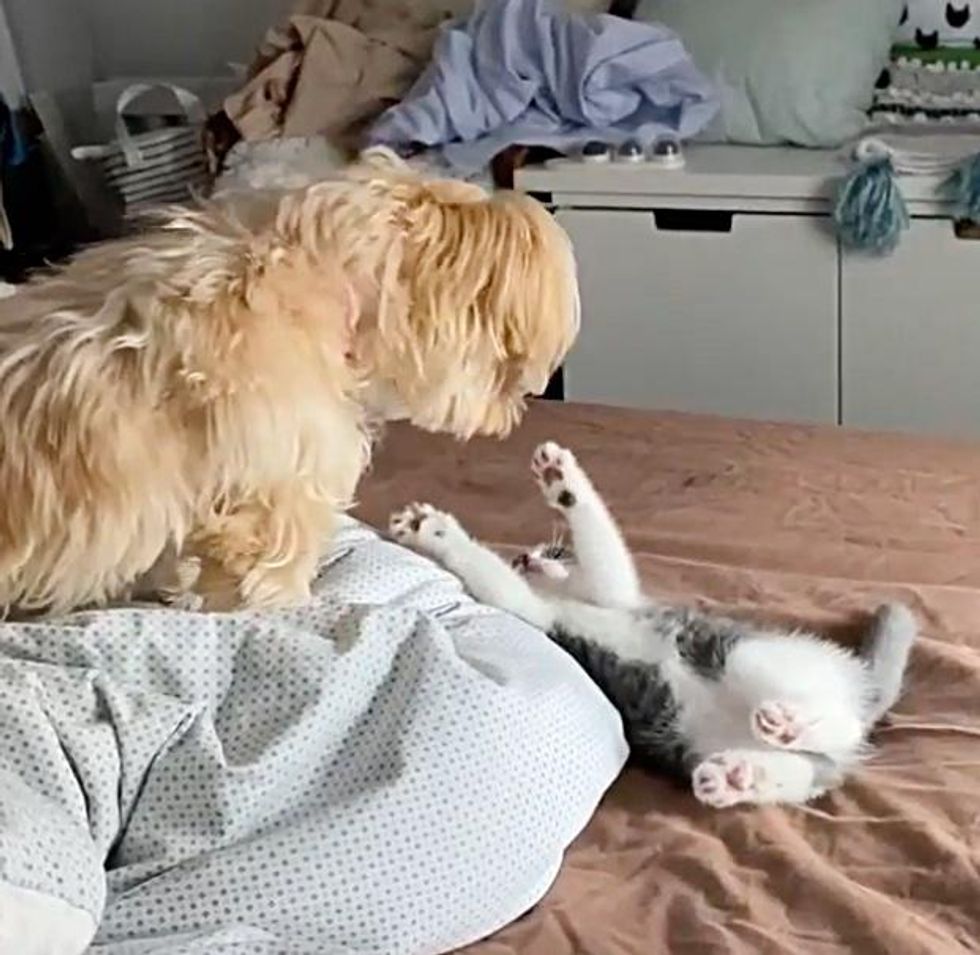 “Nannah has learned to eat on her own by watching and mimicking the house cats. They have taught her boundaries and tolerated her many antics. She may be the smallest one in the house, but she is the most feisty little princess.” 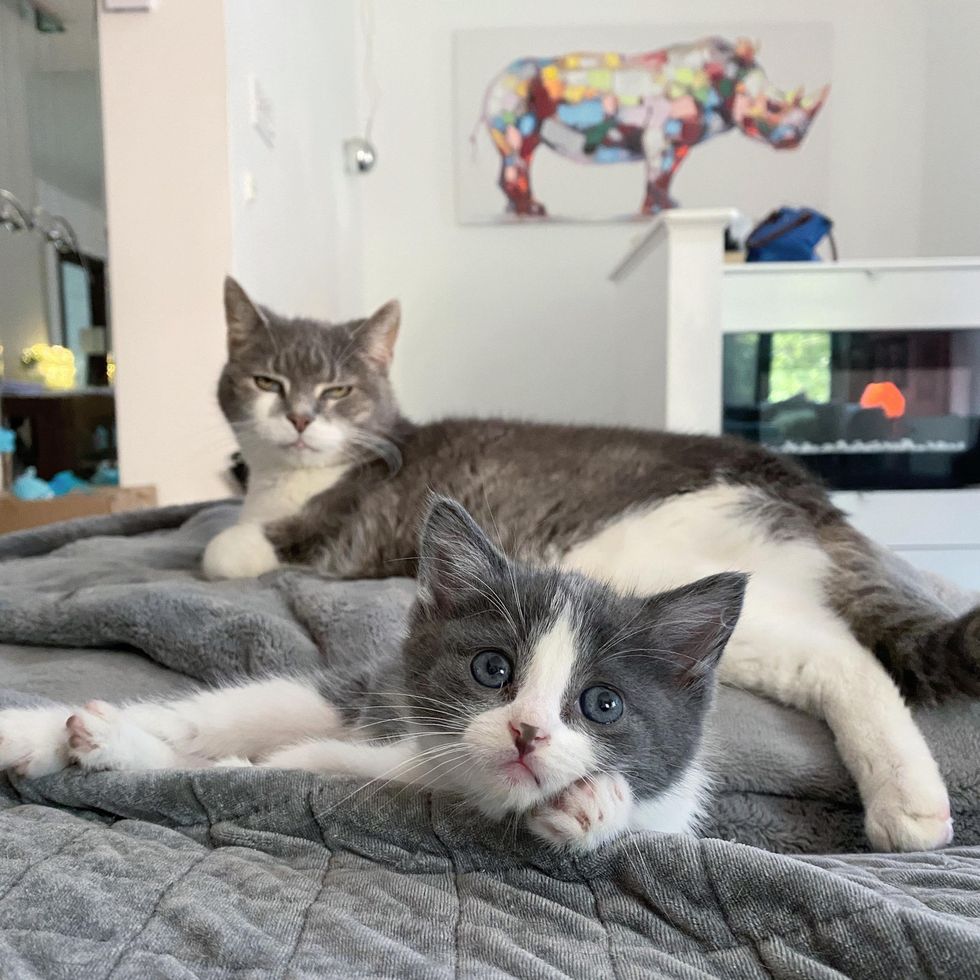 She starts by watching her people from afar and slowly creeps up on them in a stealthy fashion. Before they know it, she is right there in their face, curiously inspecting their ongoing task.

Nannah channels her inner ninja every day and brings so much laughter to her foster family. 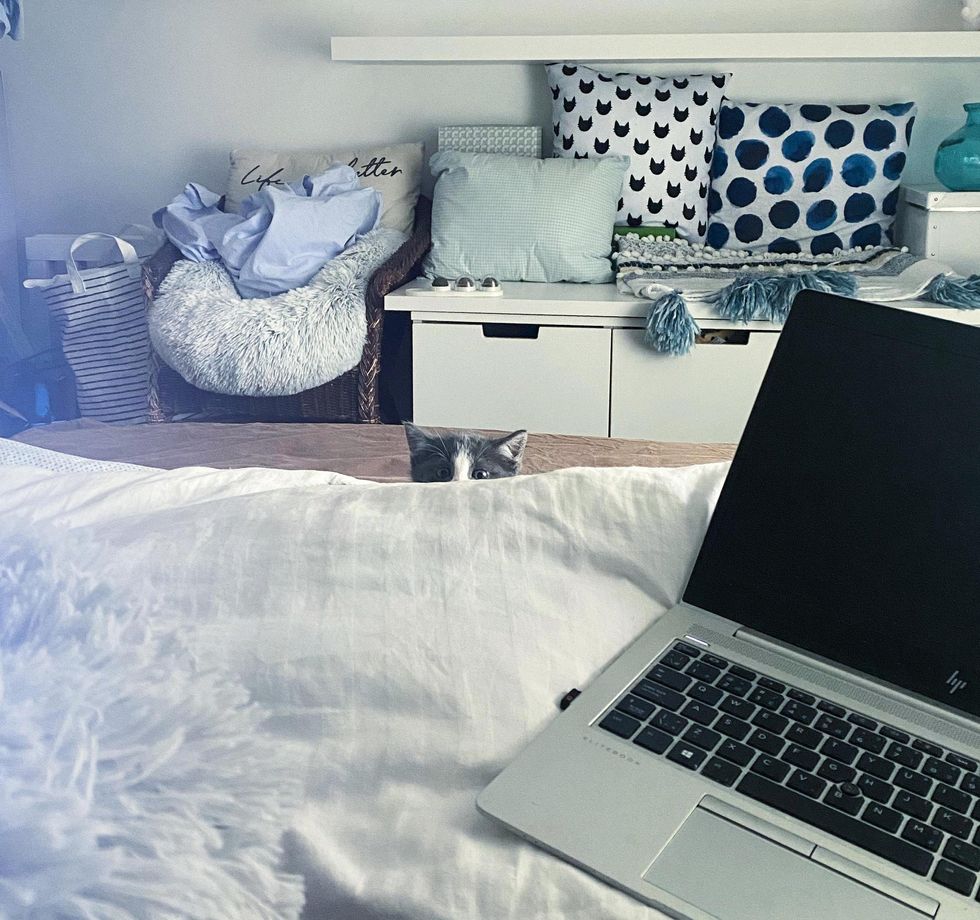 Privacy is out the window when Nannah is around. She is privy to everything going on in the house.

When she spots someone on a computer, she comes running, reviews their screen and occasionally offers “help” by gracing their keyboard. 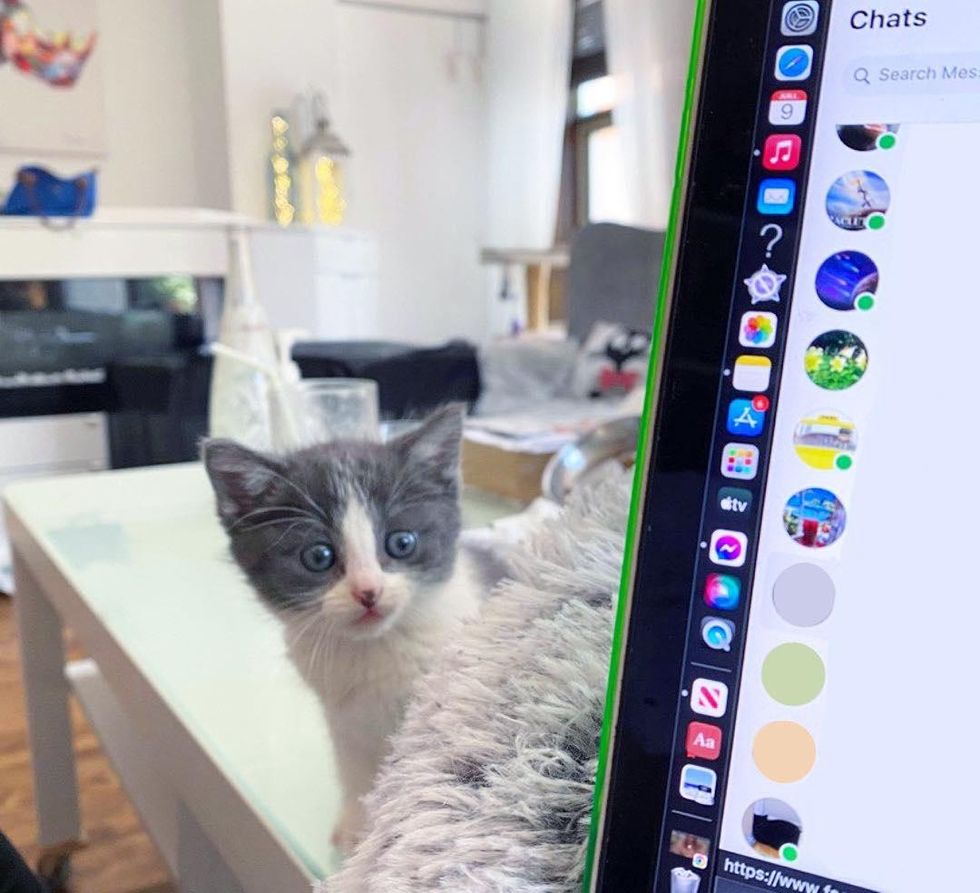 She wants to know what everyone is doingChatons Orphelins Montreal

After a rough start as a lone kitten, Nannah is determined to never be by herself again. She is thriving in foster care and so pleased to have people to cater to her every whim.

She is relentless about her mischief-making and thrilled to have other fur friends to keep her company. 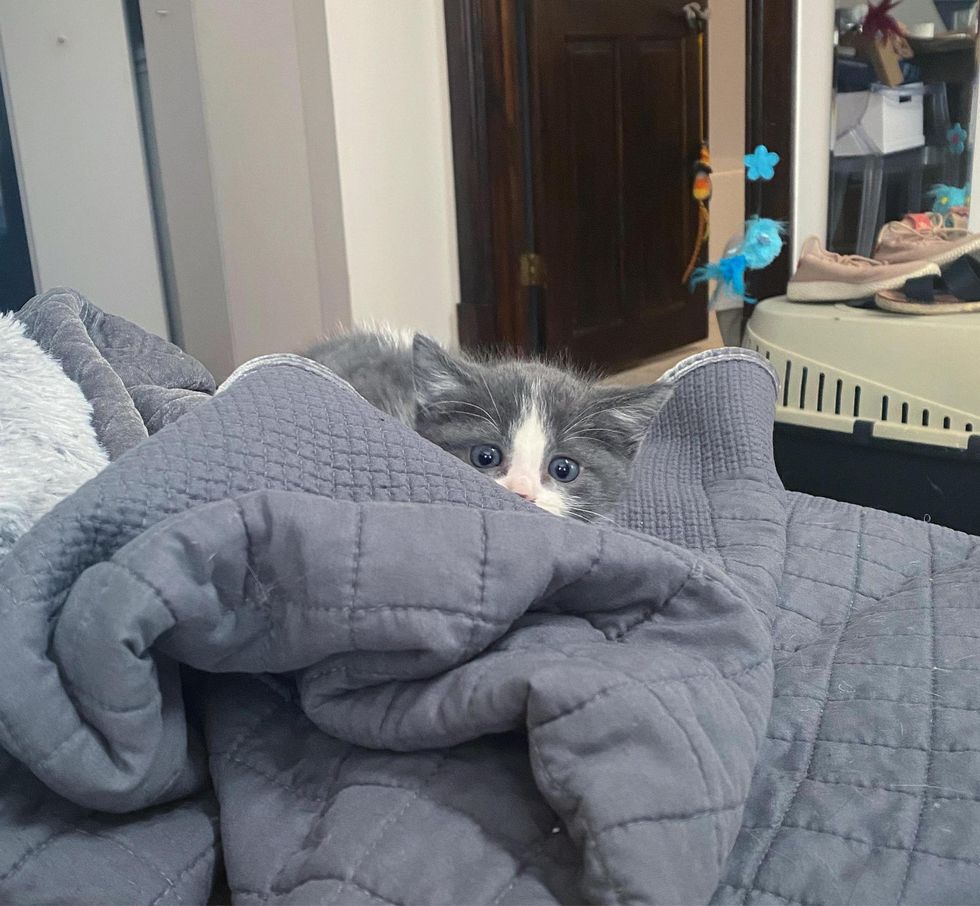 In a few weeks, Nannah will be ready to find a place of her own where she will be the center of attention and the boss lady of the house. 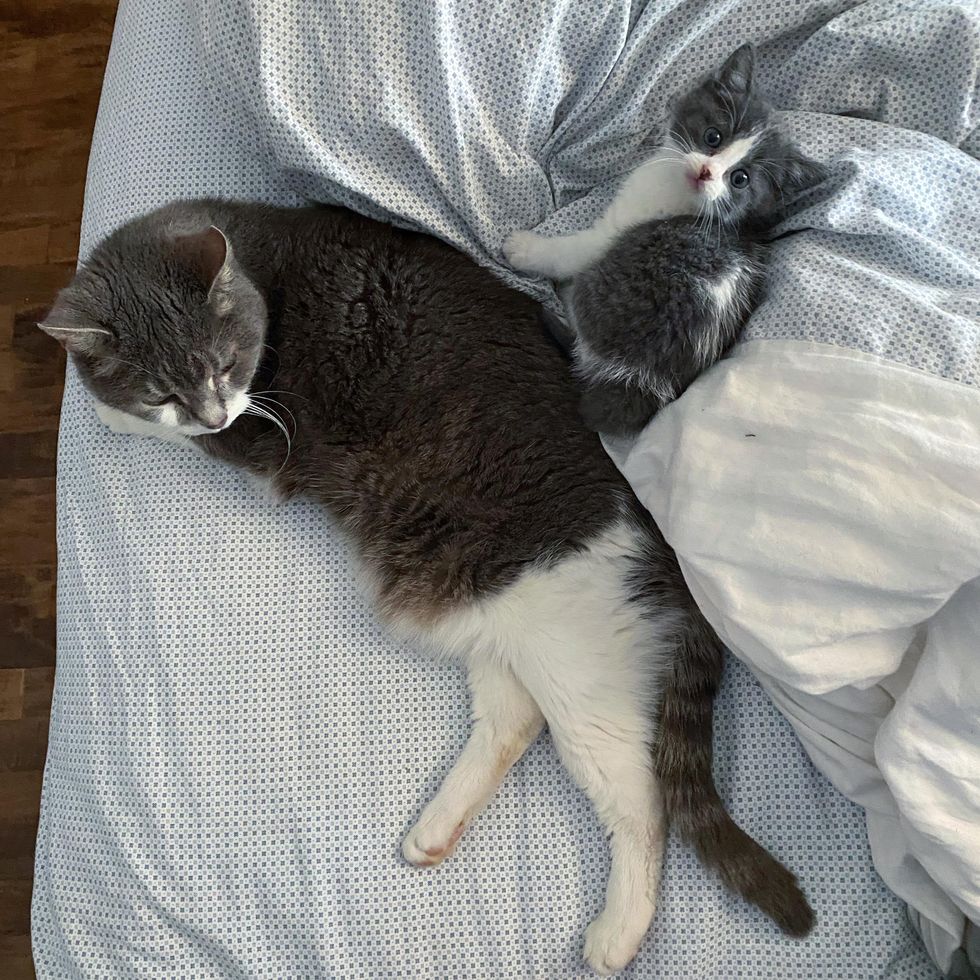 Related story: Cat ‘Thanks’ Woman Who Opens the Door for Her Kittens After She’s Lived Outside All Her Life

The UK’s Most Pet-friendly Country in 2022