A family heard a kitten in their yard and ended up finding three that were eager to be helped.

A woman and her family heard what sounded like a kitten coming from their yard. The crying persisted and she discovered three little tabbies without a mother in sight.

They watched and waited for the cat mom to return but she never did. Meanwhile, the trio continued their loud plea for help. They were so tiny but equipped with strong pipes.

The kind woman took them in and bottle-fed them for a few days until she was able to seek a rescue for help. 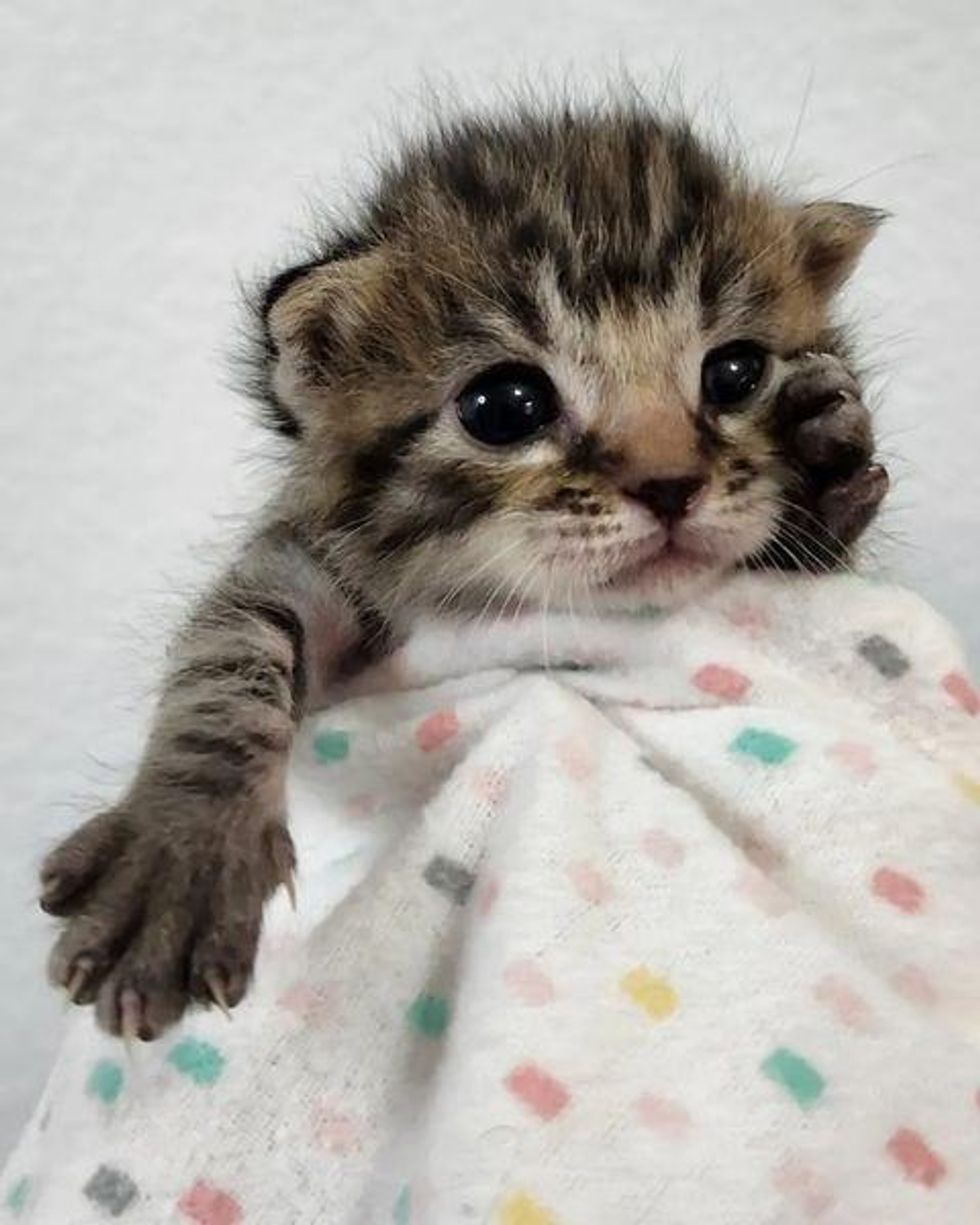 They were found in a yard without a momJen

Jin’s Bottle Babies, a kitten rescue in Arizona, arranged for a foster home so the trio could be hand-reared around the clock.

“These guys were purring and so loving from the moment I got them. I think they always felt safe once their finder took them in,” Jen, the kittens’ foster mom, shared with Love meow. “The kittens ended up at her house. They picked the right place.” 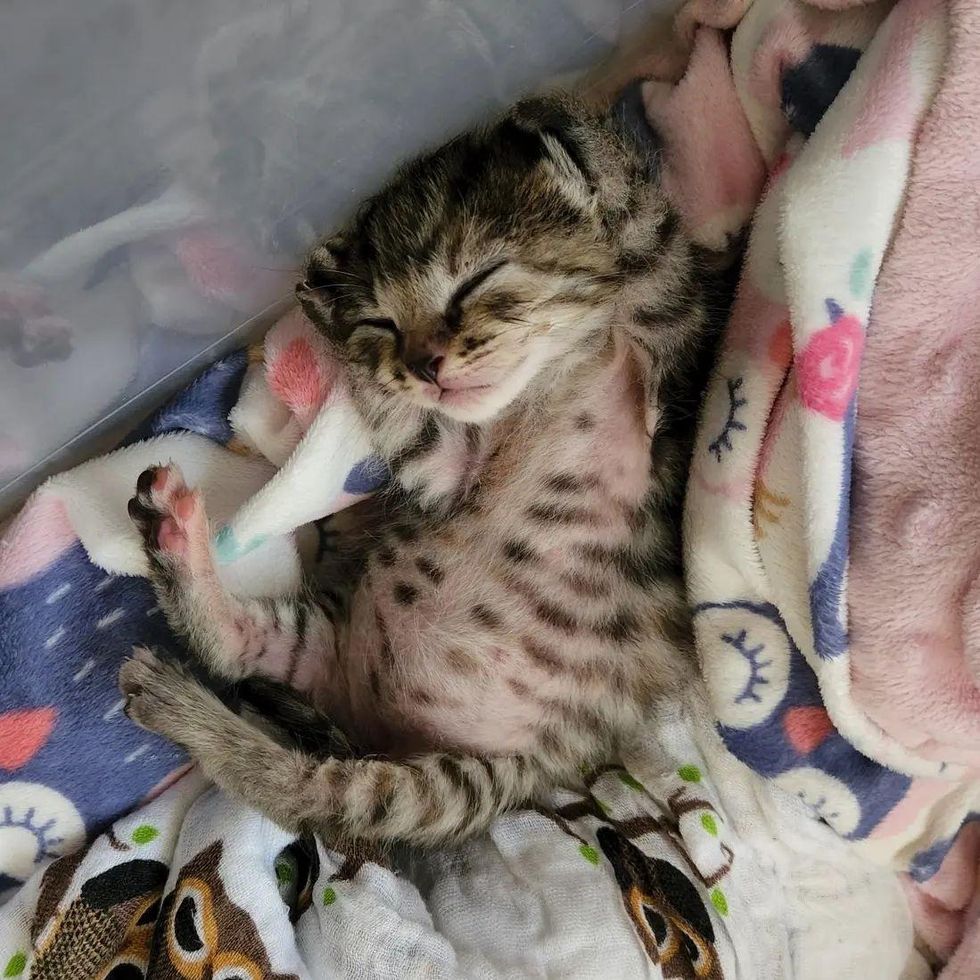 At around 2.5 weeks old, the kittens were wide-eyed and always hungry. They put their purr motors on blast as soon as Jen came in with the bottle. Two of them weren’t shy of getting their voices heard, loud and clear.

The kittens, Lacey, Whisper, Rusty, made a wonderful, balanced trio. 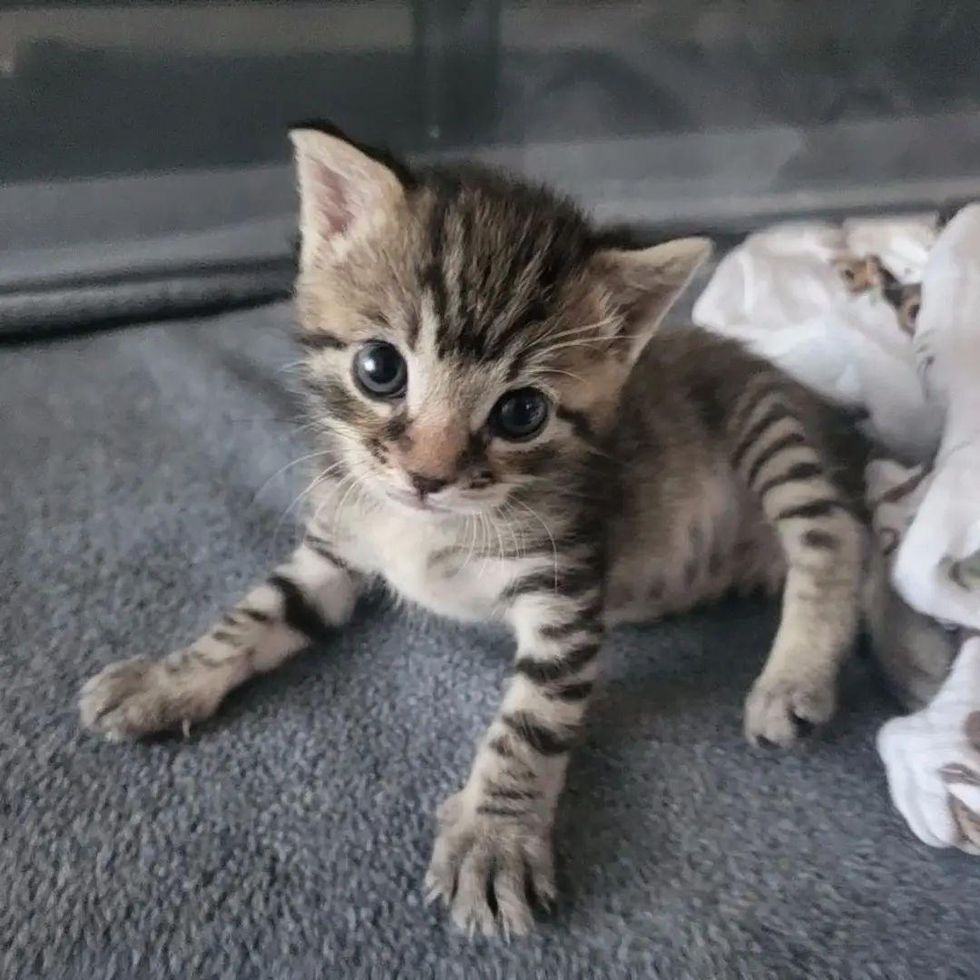 While they were still bottle kittens, Lacey and Rusty would cry at the top of their lungs as they knew it would guarantee immediate attention from their people. Feeding never seemed to be fast enough.

Meanwhile, their sister Whisper was the least demanding of all. She was so content to be the third in line for bottles while her siblings frantically fought over who would go first. 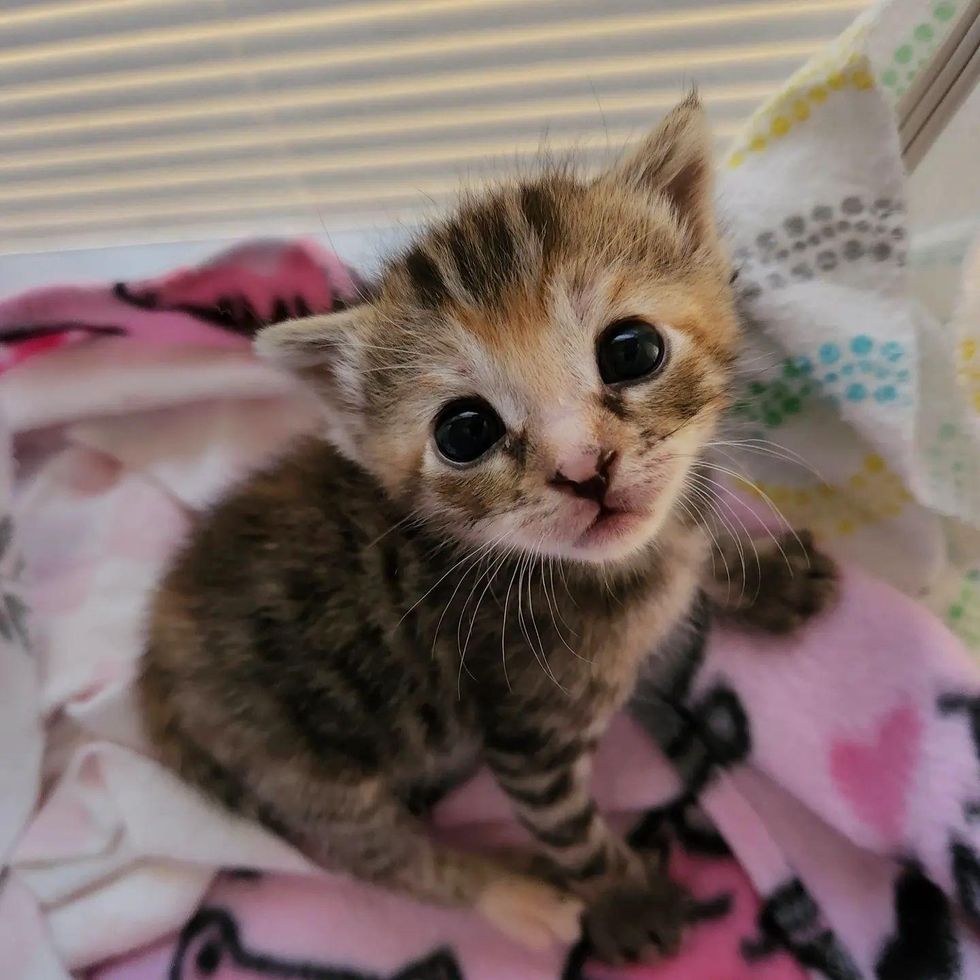 Lacey quickly assumed the role as big sister with an aptitude for adventure. She was the first to jump the panels in an attempt for an escapade out of the nursery. She made the first steps towards new toys and wasn’t afraid of trying new foods.

“Lacey is so confident, brave, and curious. She is the perfect one to strike out on her own as she’s been doing that all along.” 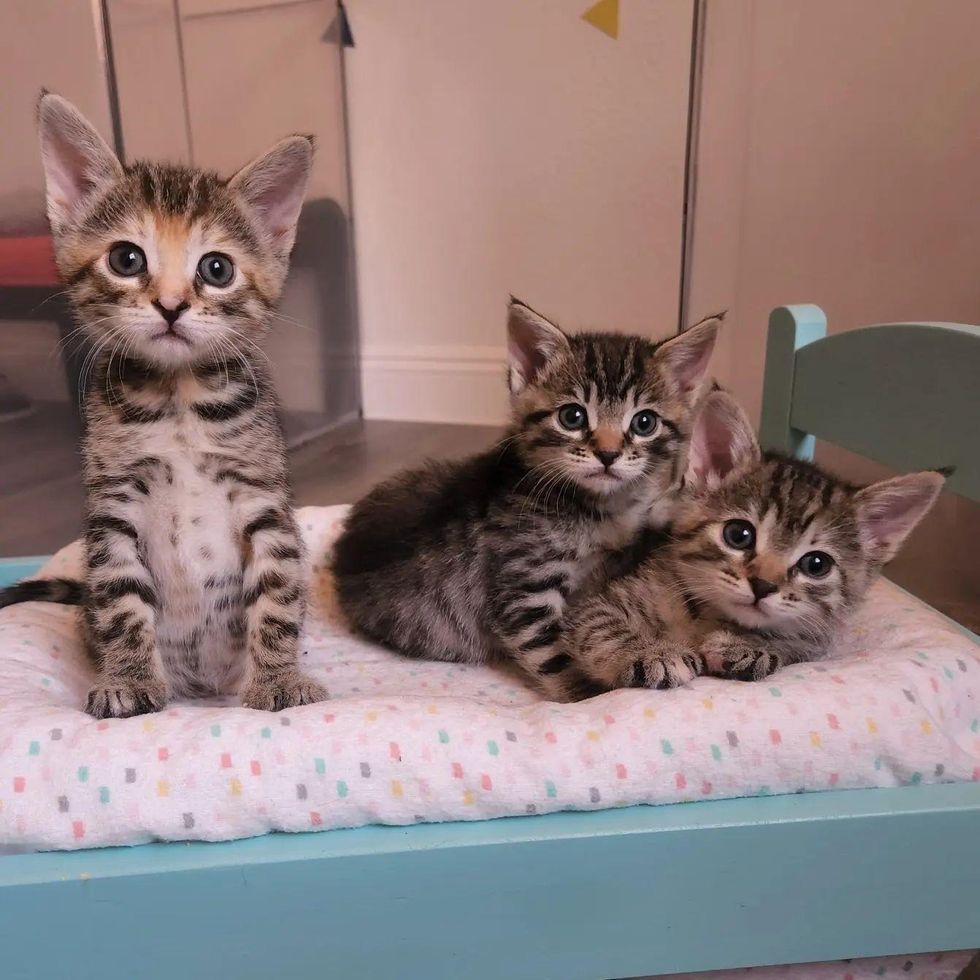 Whisper might be the quietest one, but she was a little firecracker and had no fear. “If Rusty got scared, she’d run right over and defend him from whatever startled him (usually my cat Romeo).”

Rusty started off as the smallest of the crew, but he had a voracious appetite and ate to his heart’s content at every meal. He set out to grow big and strong, and did just that. 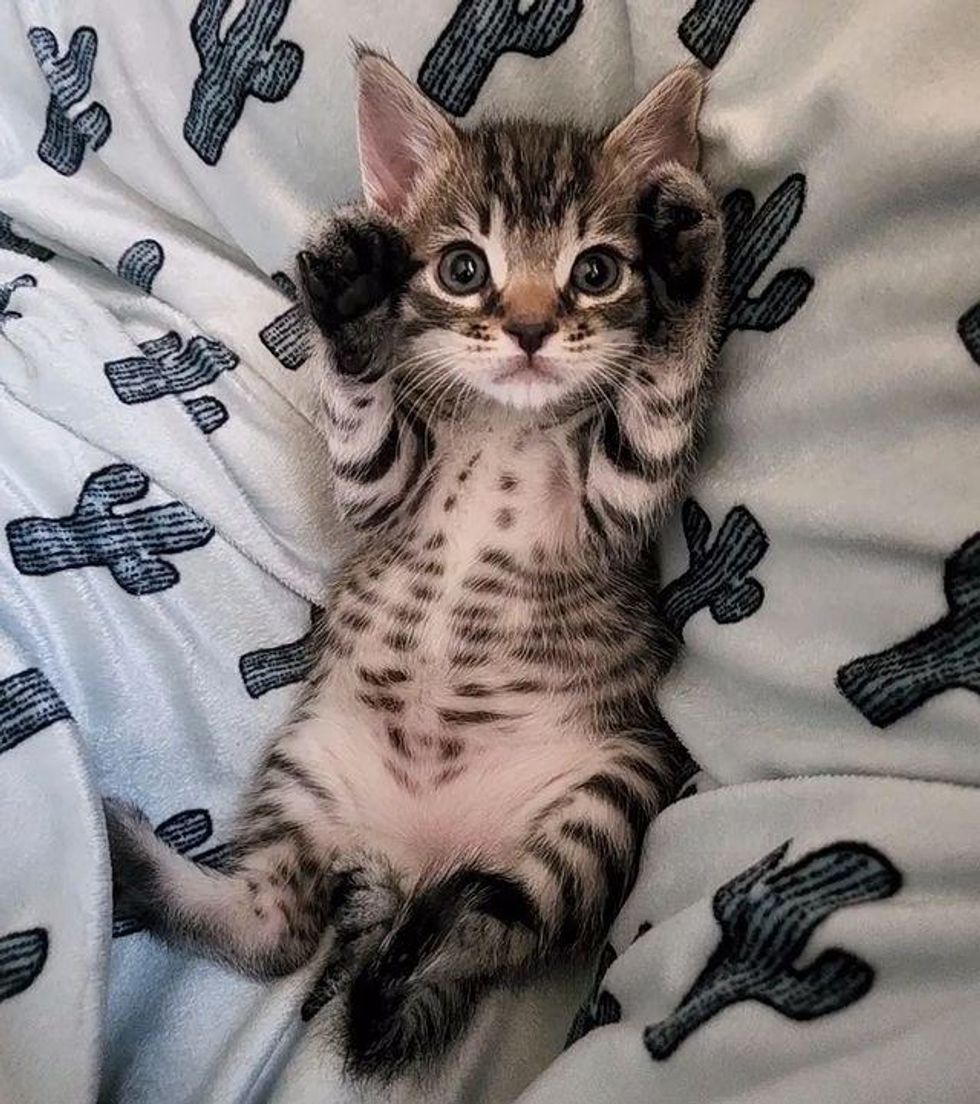 Rusty grew by leaps and boundsJen

“He was a bit timid, definitely happy to hang back and let his sisters try out new things, so he could watch before diving in,” Jen shared with Love Meow.

“He’s a big boy now and has the biggest purrs. His sad little round eyes staring at me from his tote just melt me.” 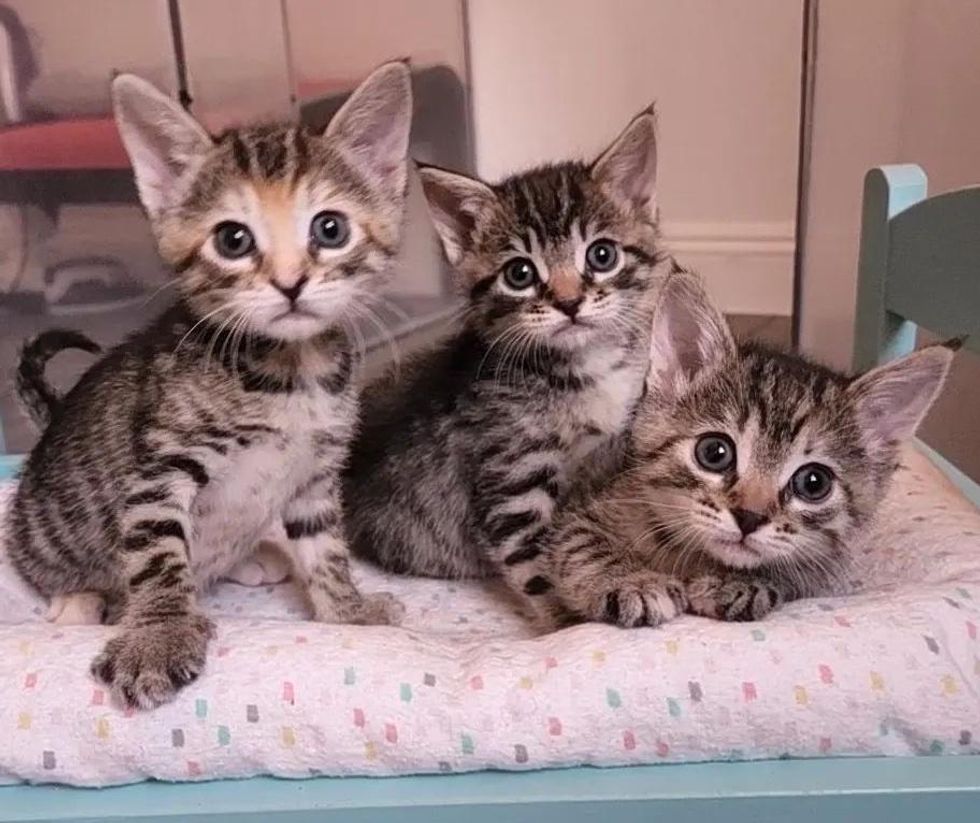 Whisper and Rusty did everything together and watched out for each other. Rusty learned to be courageous by watching his sister and having her energy rub off on him.

They’d zoom through the room together and after all the roughhousing, they’d conk out in their bed next to each other. 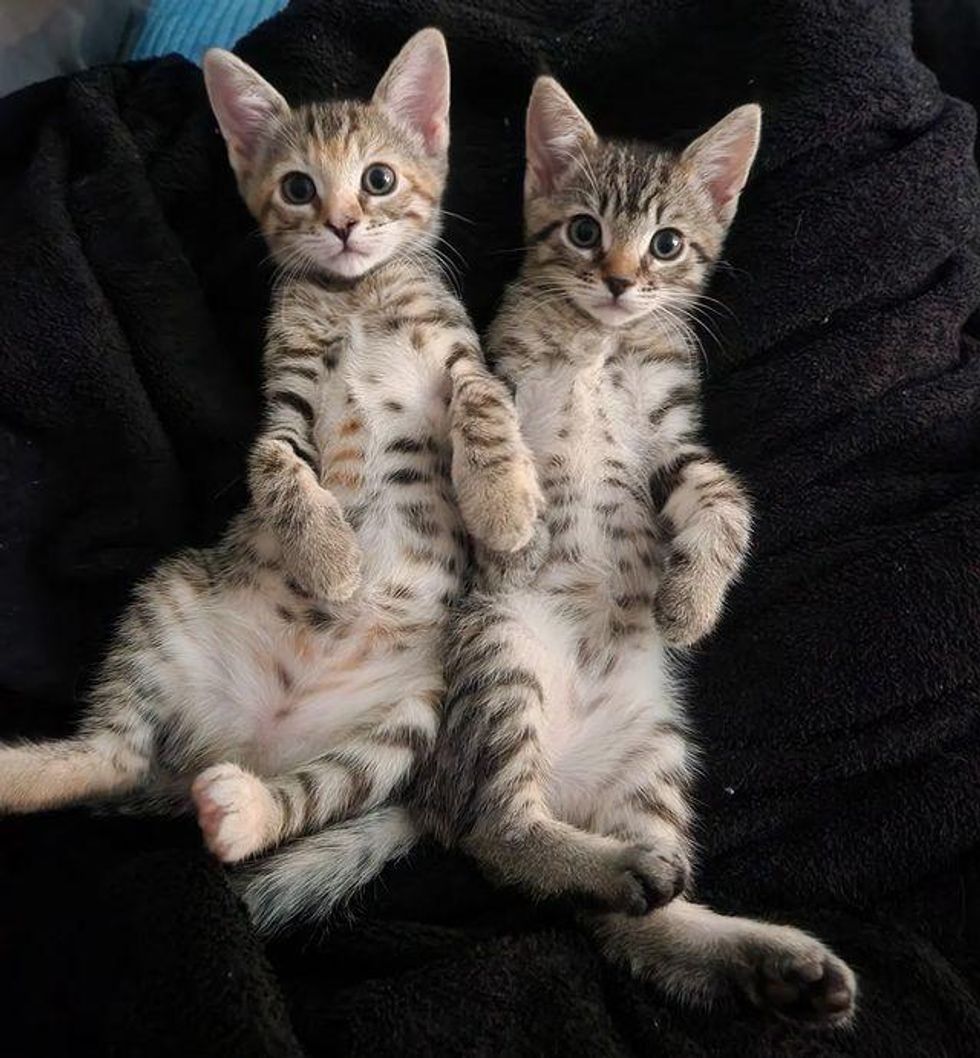 Whisper and Rusty, best of friendsJen

When it came time for adoption, Whisper and Rusty found their forever home as a pair. “They’ll always be there to watch each other’s back. They have two doggie siblings and a human sister who is already over the moon with them.”

Lacey also has a home lined up, where she will have a feline brother awaiting her. As for now, Lacey is hanging out with Romeo the resident cat. He is thrilled to have a kitten to love on, and showers her with licks and snuggles. 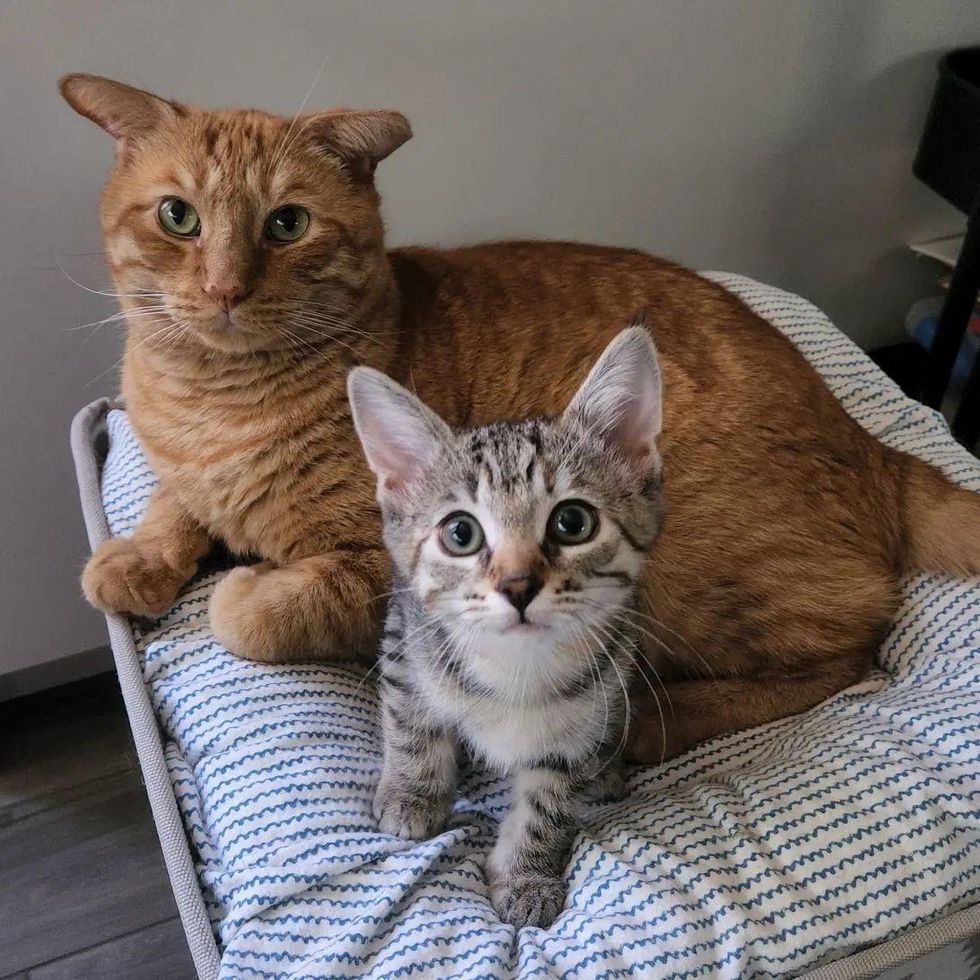 “I’ll miss this litter a lot. My house will be a lot quieter without them constantly purring.”

With each kitty graduating from foster care and into their forever home, more cats and kittens will find their way to Jen, and more happily-ever-afters will be in the making. 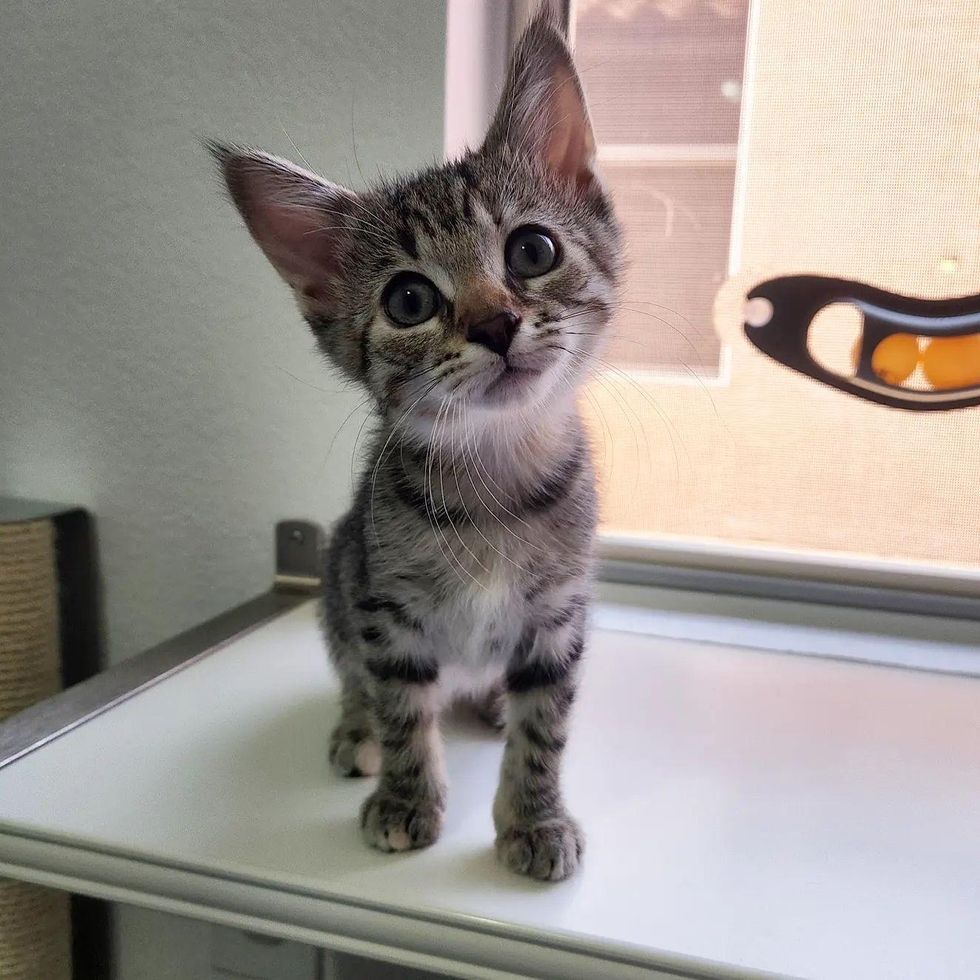