Cat Brought Kittens to a Balcony Seeking Help, The 2 Littles Haven’t Left Each Other’s Side Since

A cat brought her kittens to a balcony seeking help. The two littles haven’t left each other’s side since.

Bagel and Croissant the kittensPatricia Lika

A family from Las Vegas was surprised to discover two kittens who had been left outside on their balcony. They were very young and small, so the finders wanted to wait for the mother to return.

After two days, there was still no sign of a mother cat, and they decided to intervene. They rushed the pair to Patricia Lika, an experienced kitten fosterer, so the feline babies could receive the care they needed to thrive.

“It became clear we had to step in to save their lives, then focus on finding and trapping their mom,” Patricia shared with Love Meow. 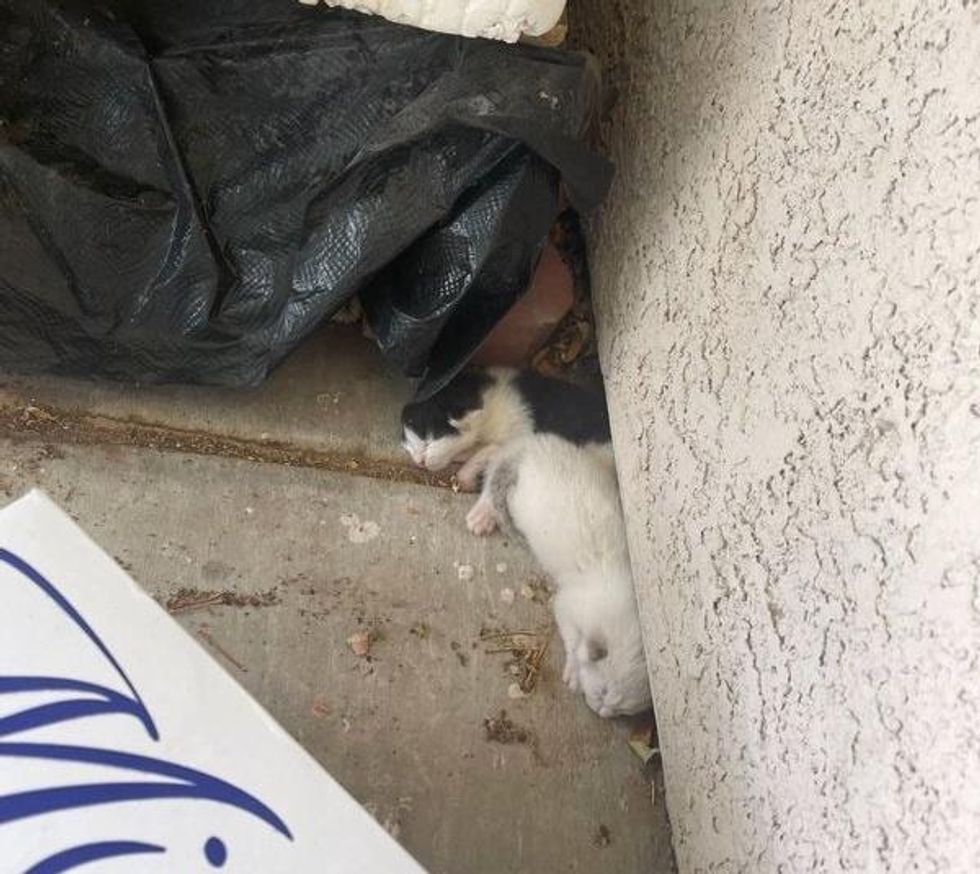 They were found outside on a balconyPatricia Lika

The kittens were placed in a cozy incubator as they were too young to regulate their body temperature. Patricia began bottle-feeding them around the clock, and made sure that their bellies were full and bodies kept warm.

“I was determined to do everything I could to stabilize them. We initially had issues with feeding, and since we didn’t know when was the last time they ate, we had to be careful not to overfeed them and cause more issues,” Patricia added. 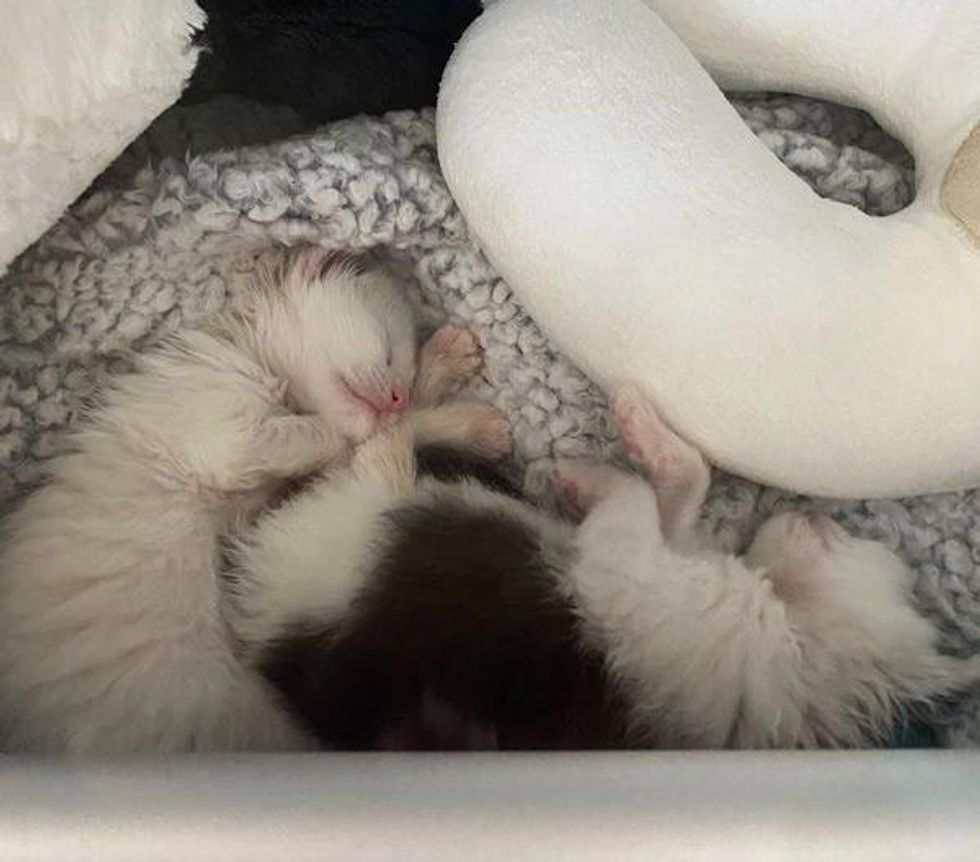 “We started smaller but more frequent meals, a little more diluted formula, so we didn’t cause a stomach upset. And it all worked. They settled in wonderfully.”

With the help of a local animal rescuer, they were able to bring the cat mother to safety. Unfortunately, she had a severe injury and was unable to care for her kittens. 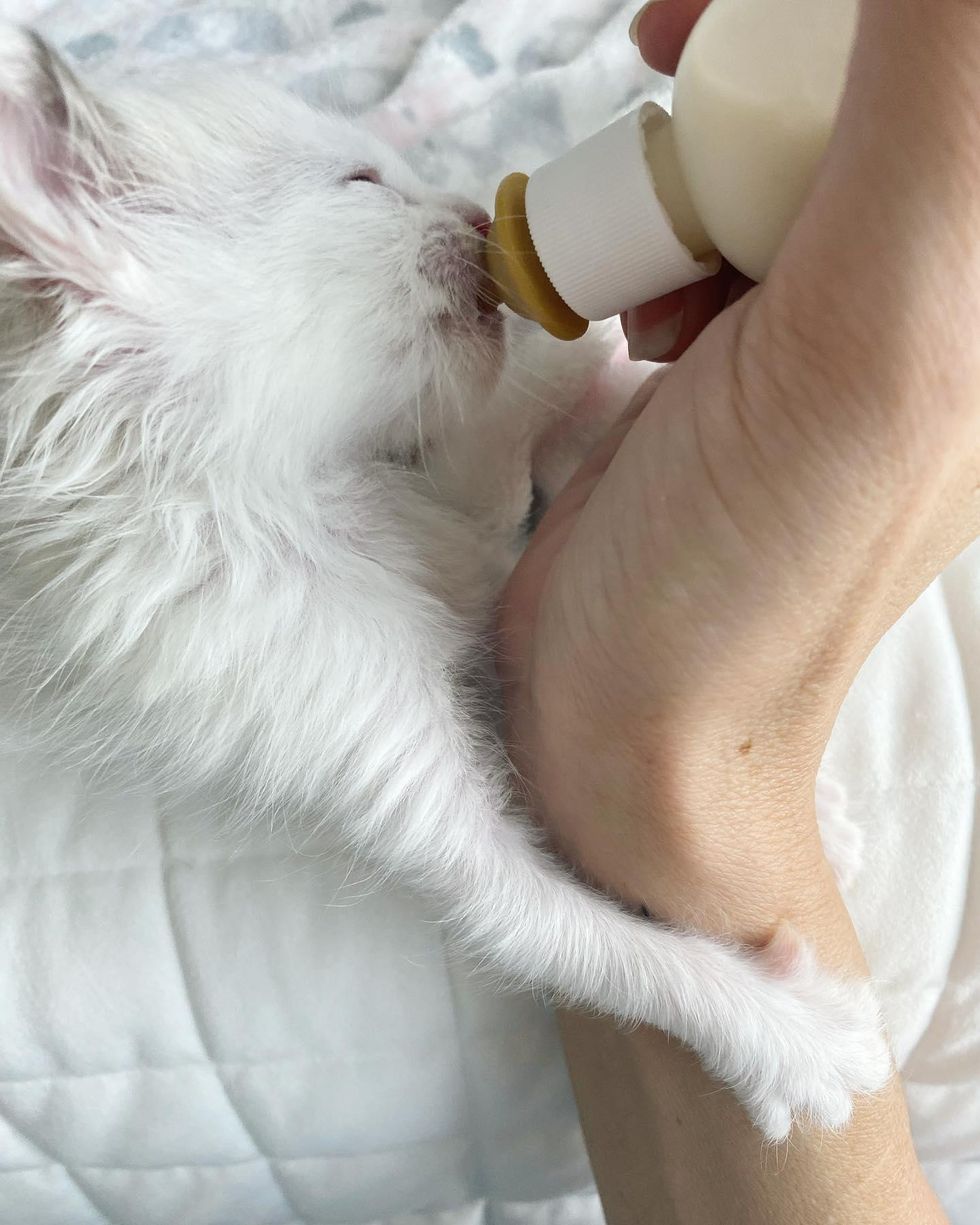 Bagel held his foster mom’s hand while he atePatricia Lika

“While it’s never encouraged to take babies away from mama cats, there are certain situations where it must be done,” Patricia said. “What a wonderful mama she was to bring her babies to someone’s balcony seeking help. That’s motherly love.”

The kittens, lovingly named Bagel and Croissant, were constantly surrounded with love and cuddle toys. 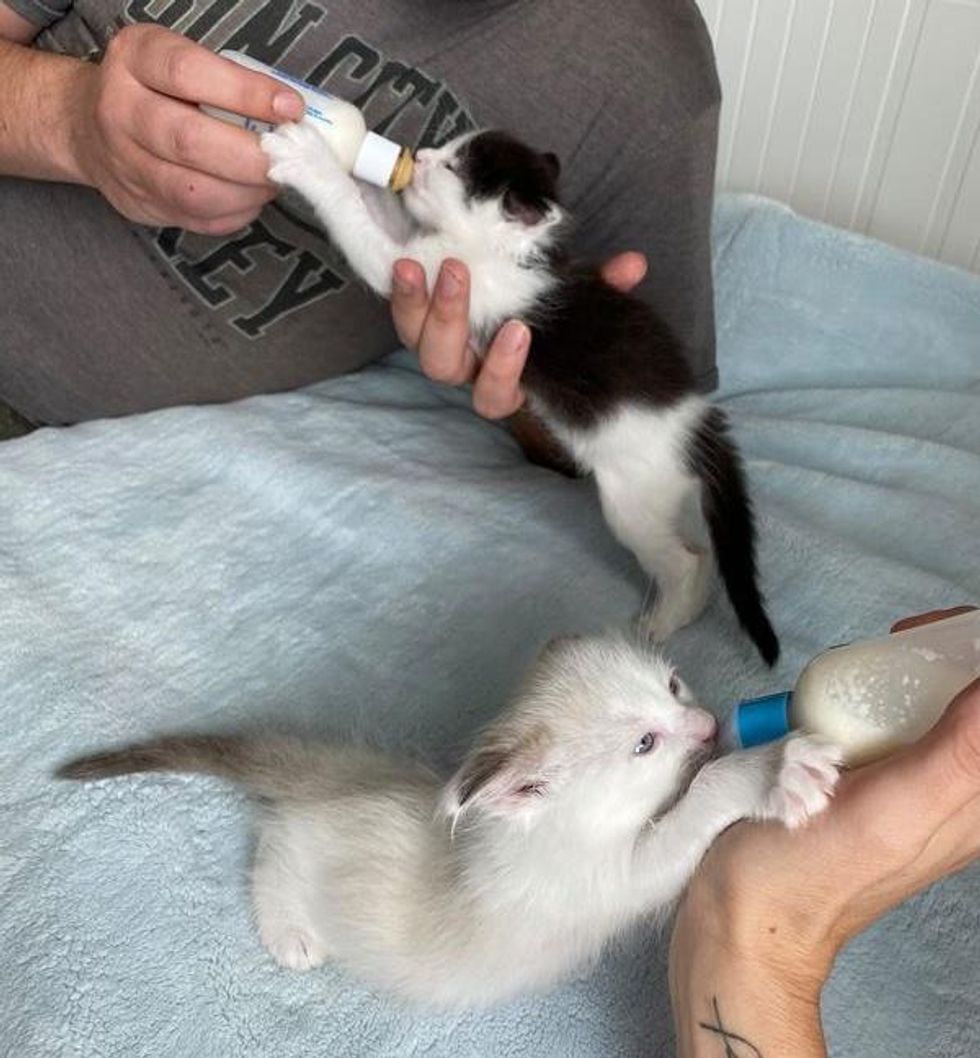 Patricia’s husband offered a helping hand at feeding time, so the brothers could eat simultaneously, side by side. Bagel and Croissant quickly grew into chonky, healthy babies.

When they graduated into a spacious playpen, they immediately started working on their feet and honing their walk. 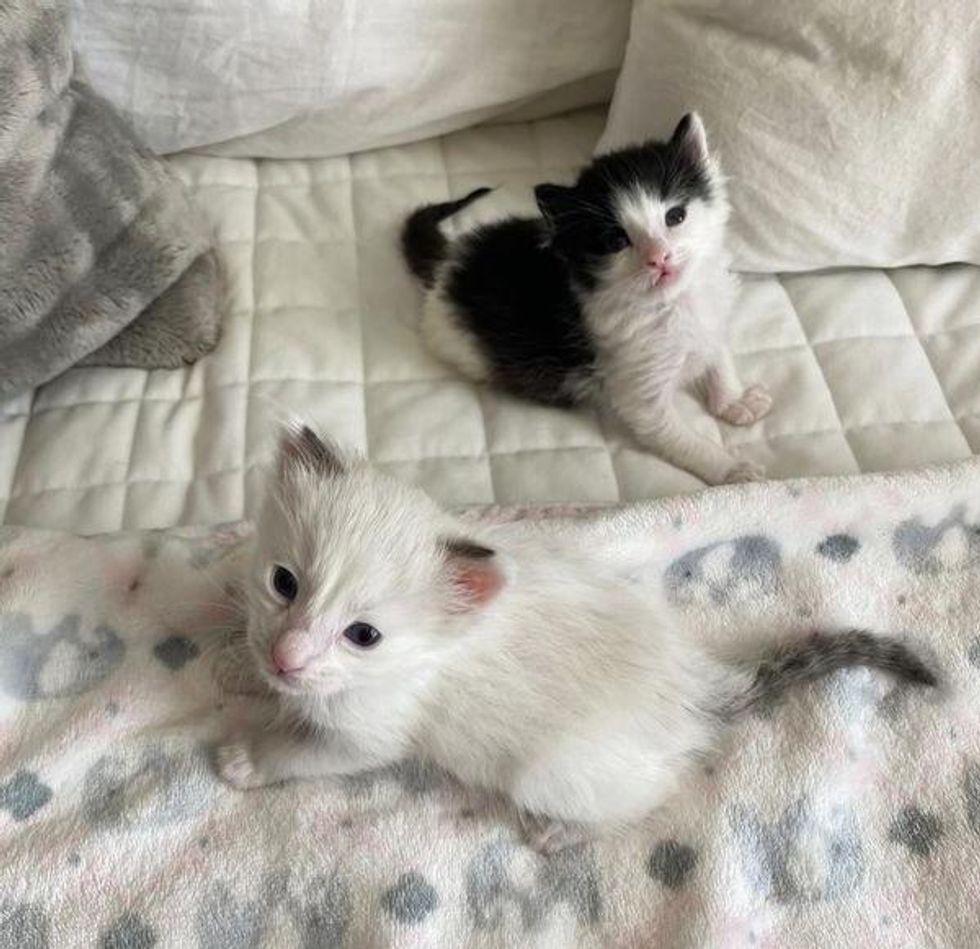 Now that the kittens are much bigger, they will try to stampede their humans at mealtime, because food can never be served fast enough.

Nothing makes them happier than being cuddled and having their bellies rubbed. They fill their room with their harmonized purrs whenever they hang out with their foster parents. 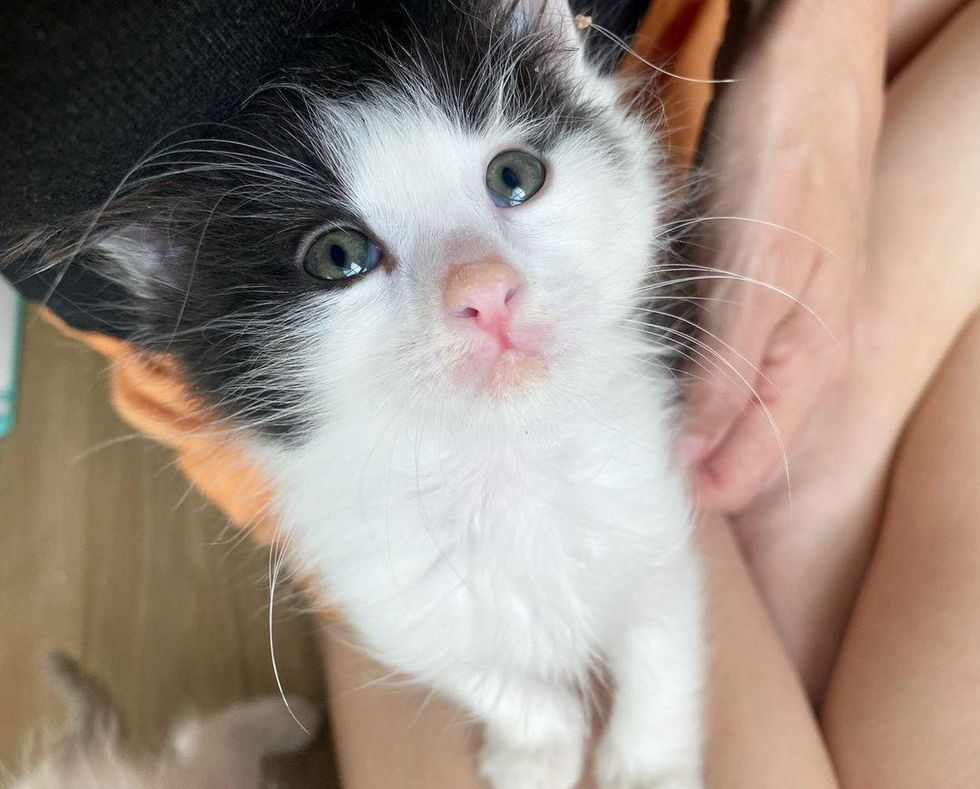 “They also love playing and running around chasing balls. They are such happy babies,” Patricia told Love Meow.

Bagel (white) is a big hugger and goes around the house giving everyone cuddles. He likes to wrap his arms around his brother, keeping him close at all times. 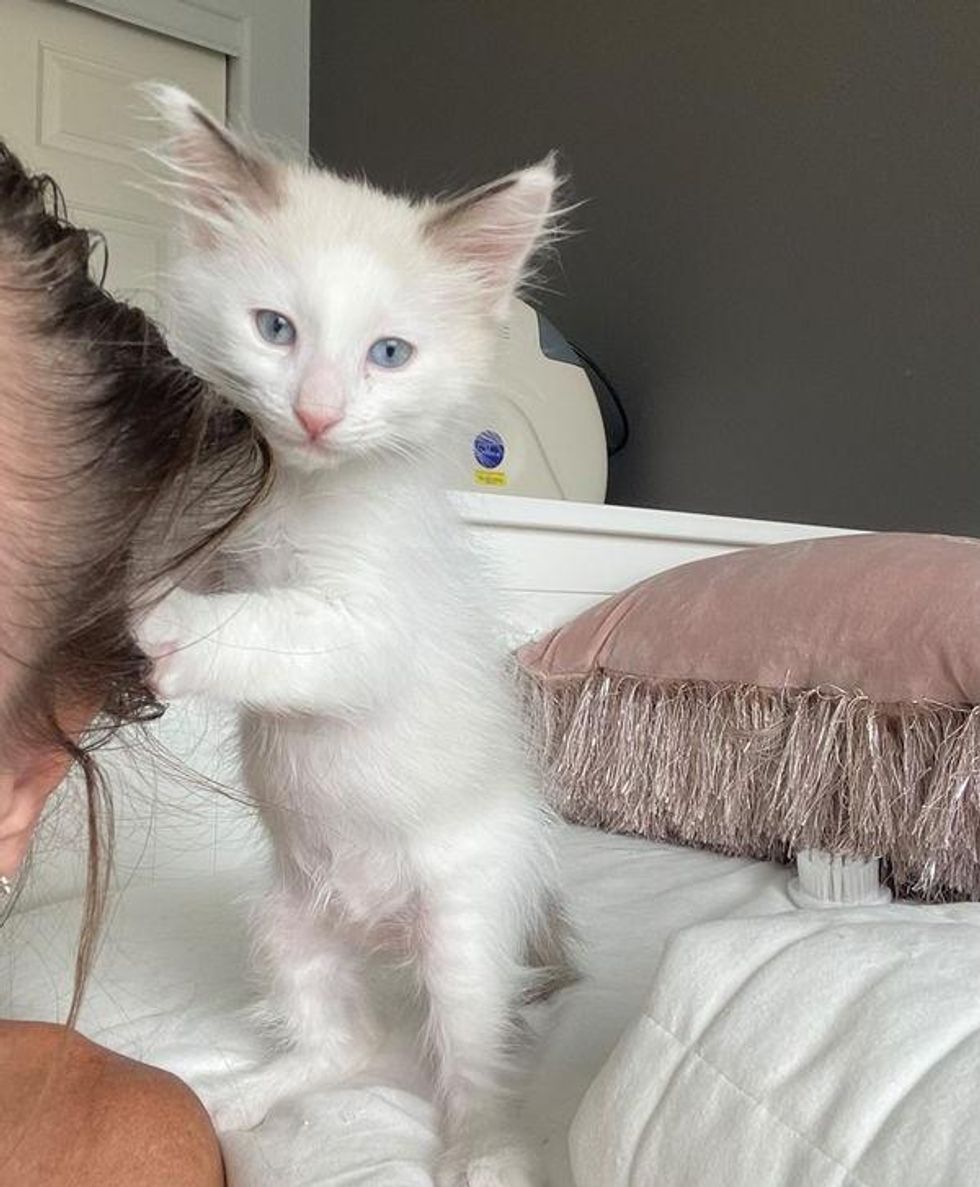 Croissant (black and white) has been a champion eater and Patricia’s little “helper” whenever she comes in to clean the foster room.

When the kittens get tired out from all the playing and scampering around, they like to crawl up their people together, doubling the snuggles. 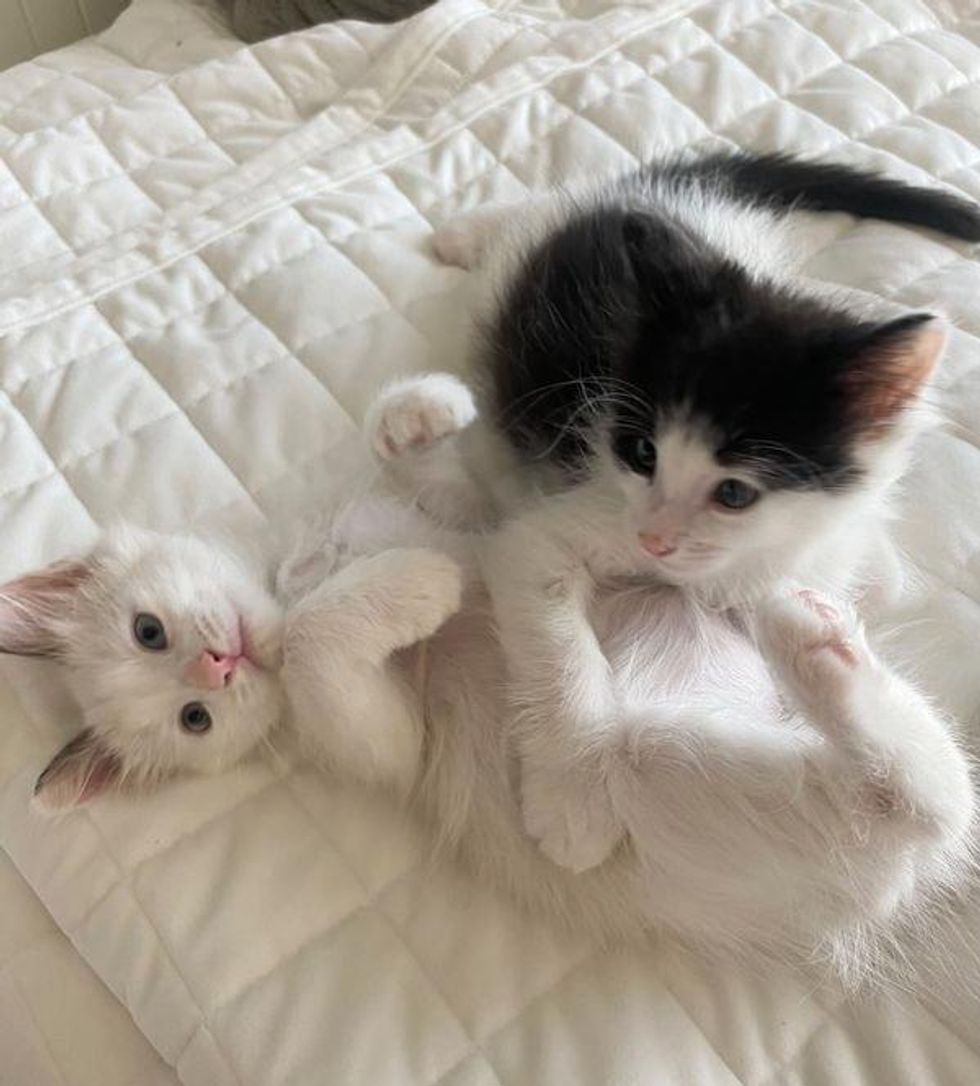 The feline brothers have come a long way since they were found on the balcony. They have blossomed into boisterous little troublemakers and serious love-bugs.

“It makes me extremely proud that I was able to keep my promise to their mama and get them to where they are today,” Patricia shared. 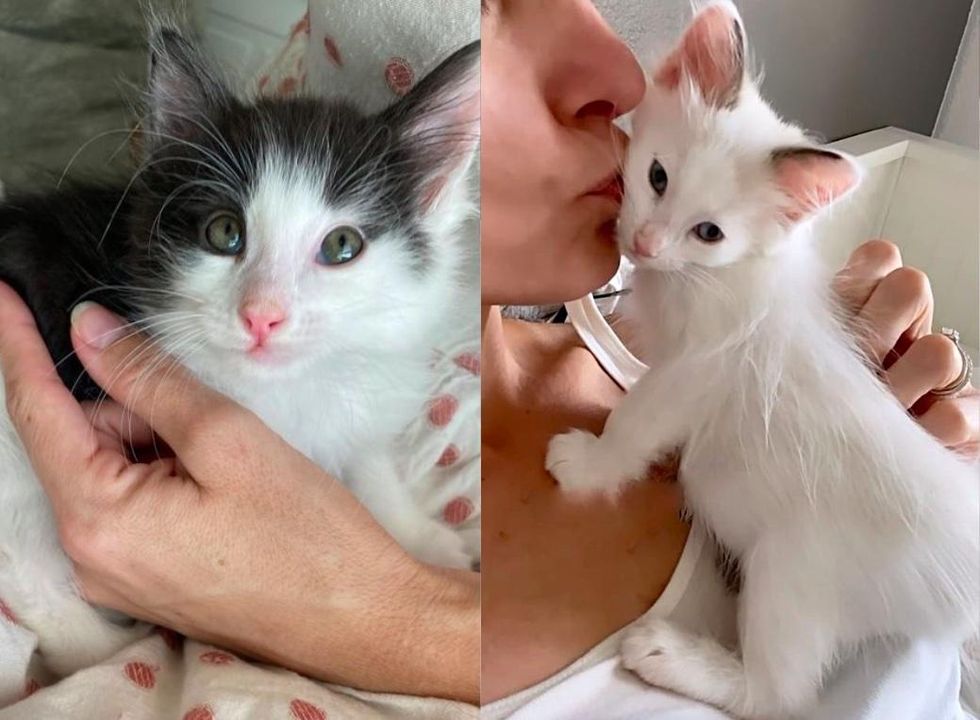 “They will be neutered soon and ready for adoption, and it makes me so happy knowing they’ll always be safe.” 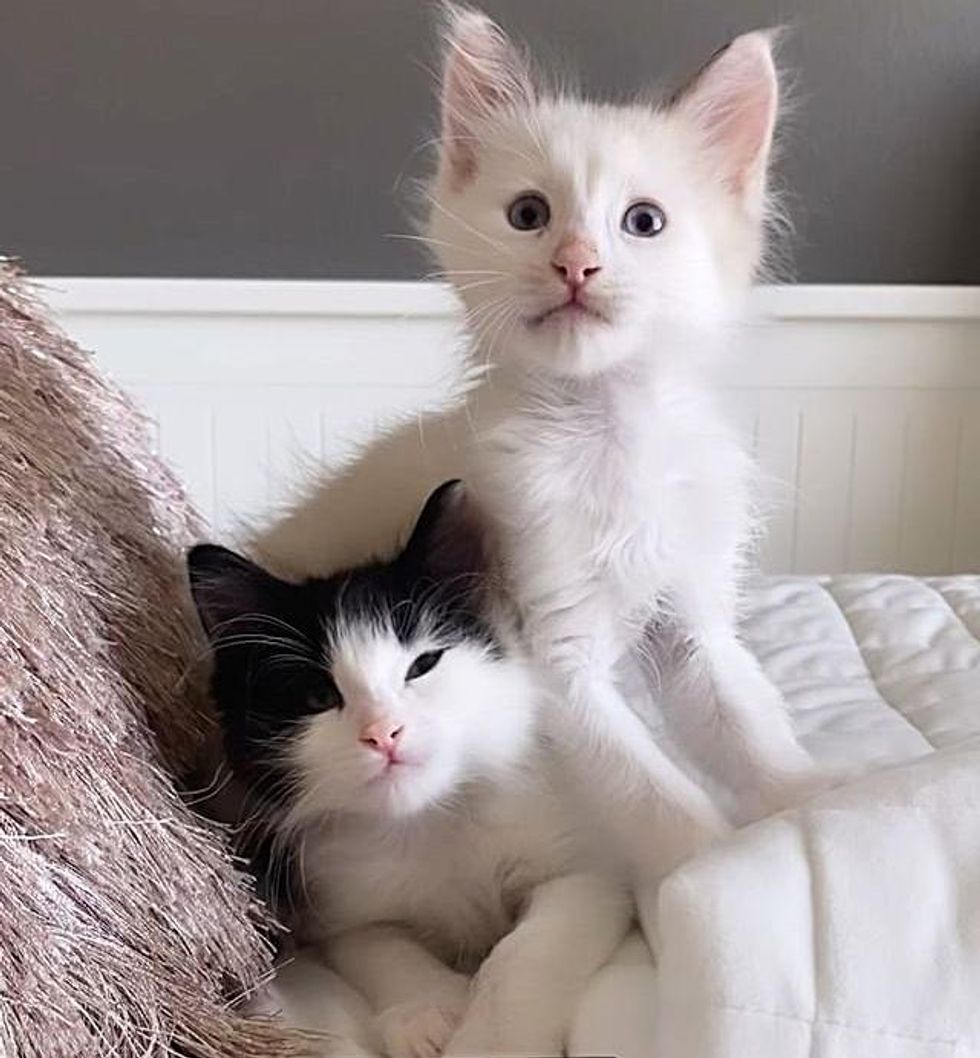 Related story: Kitten Crying Leads Family to Find Him and His Littermates and Turn Their Lives Around

Do Cats Forget Or Miss Their Owners?