Kitten Who Was Found Foraging for Food, Transforms into a Happy Indoor Cat in 3 Days

A kitten who was found foraging for food, transformed into a happy indoor cat in just three days.

When Little Wanderers NYC was informed about a number of kittens needing help, outside an Upholstery shop in the Bronx, New York, volunteers of the rescue sprang into action.

The kittens were in poor shape. Among them came a ginger tabby trudging and scrounging around for something to eat. His nose was clogged up, and he could barely see through all the eye crust. Suzy and her fellow rescuer placed several humane traps, in hopes of getting the clowder of street kitties into foster homes.

“The ginger baby would be the hardest to trap as he could not smell the food that his family was chowing down on,” Suzy shared with Love Meow. 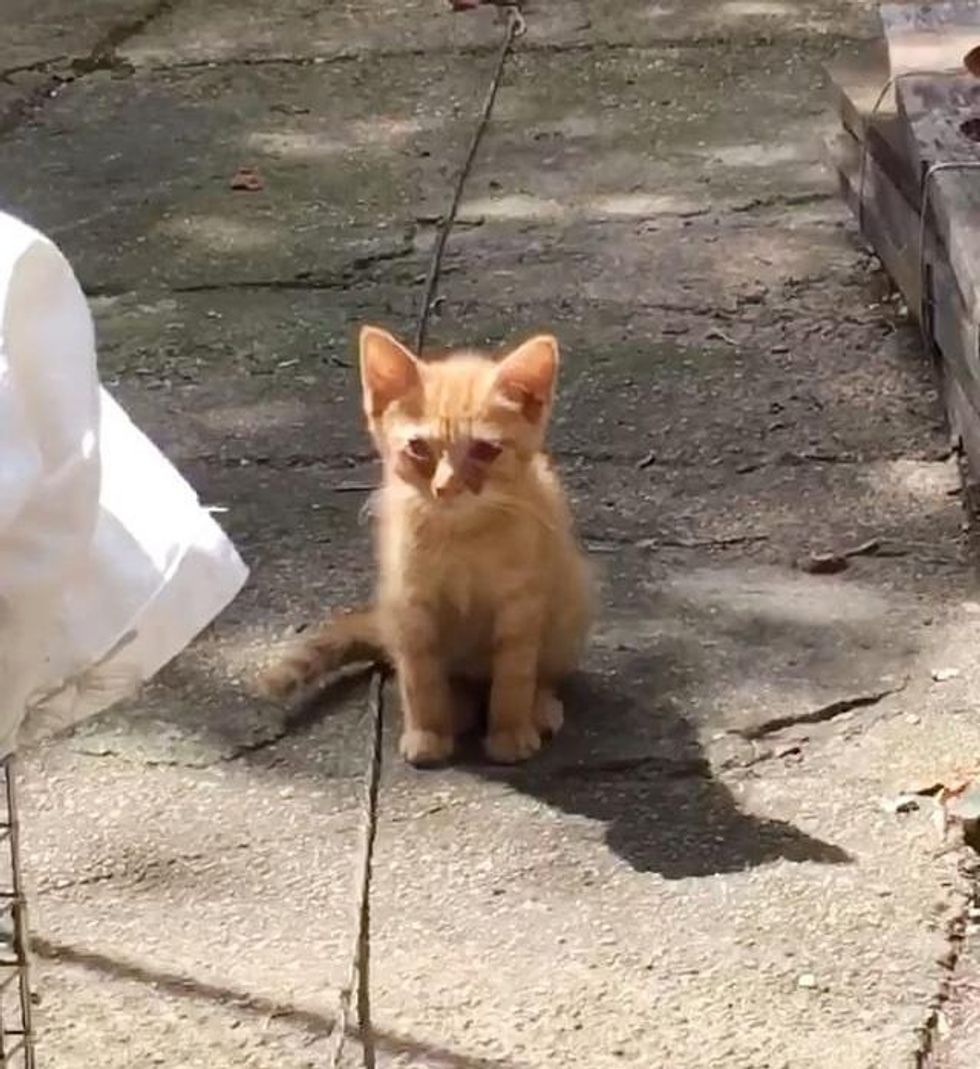 One after another, seven kittens were rescued. The ginger boy managed to find his way into a trap that night, and officially bade farewell to the rough alley life.

While the kittens were taken in by the rescue, volunteers continued looking for the cat moms and any other strays with the help of the shop owners. 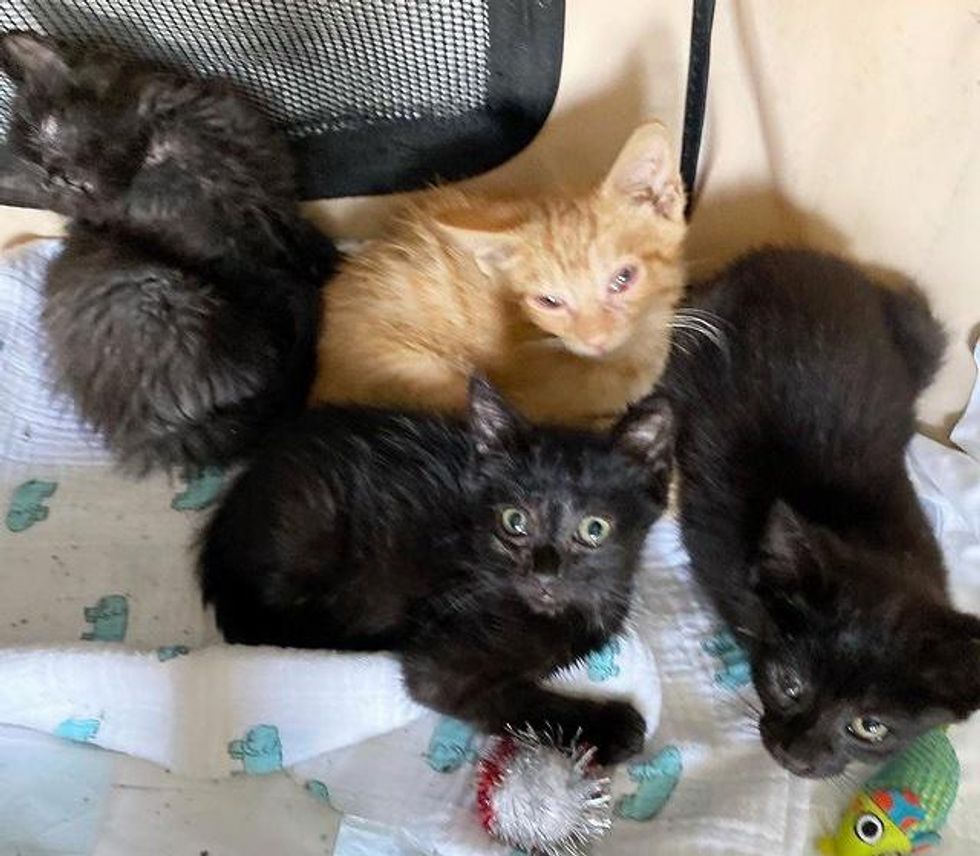 “The kittens were extremely emaciated, ravenous but wouldn’t eat (being lethargic). I could feel every tiny vertebrae.”

Suzy syringe-fed them to get some nutrients and calories into their scrawny little bodies. The ginger tabby named Croissant was so thankful to have food in his tummy and a comfortable place to rest on. He sank his face into his soft nest and immersed himself in the comfort of indoor life. 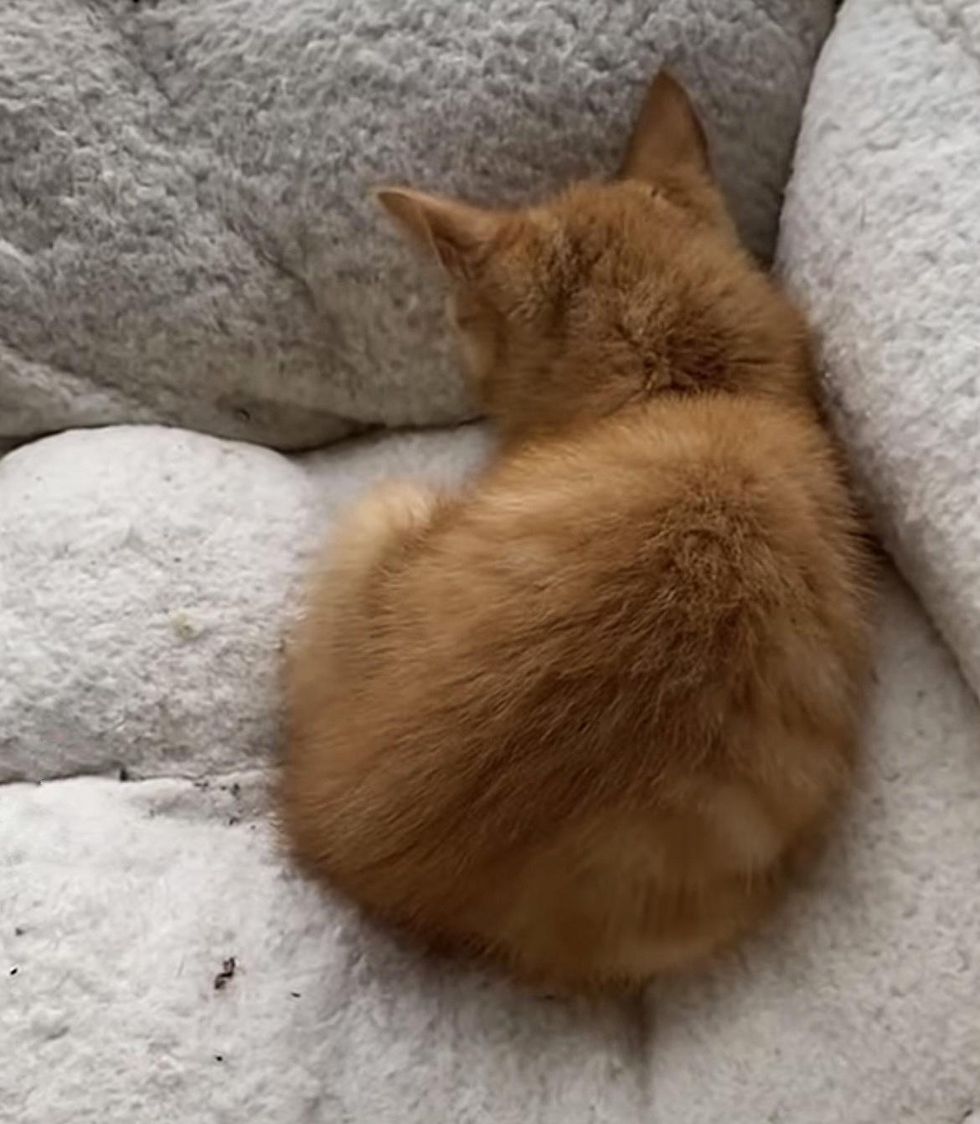 The next day, the kittens perked up and were able to eat from a bowl. They were just half the weight they should’ve been and had a lot of growing and catching up to do.

Croissant was able to see clearly for the first time after getting all cleaned up and treated. He could breathe much easier and sleep soundly in a cuddle puddle with his feline buddies. 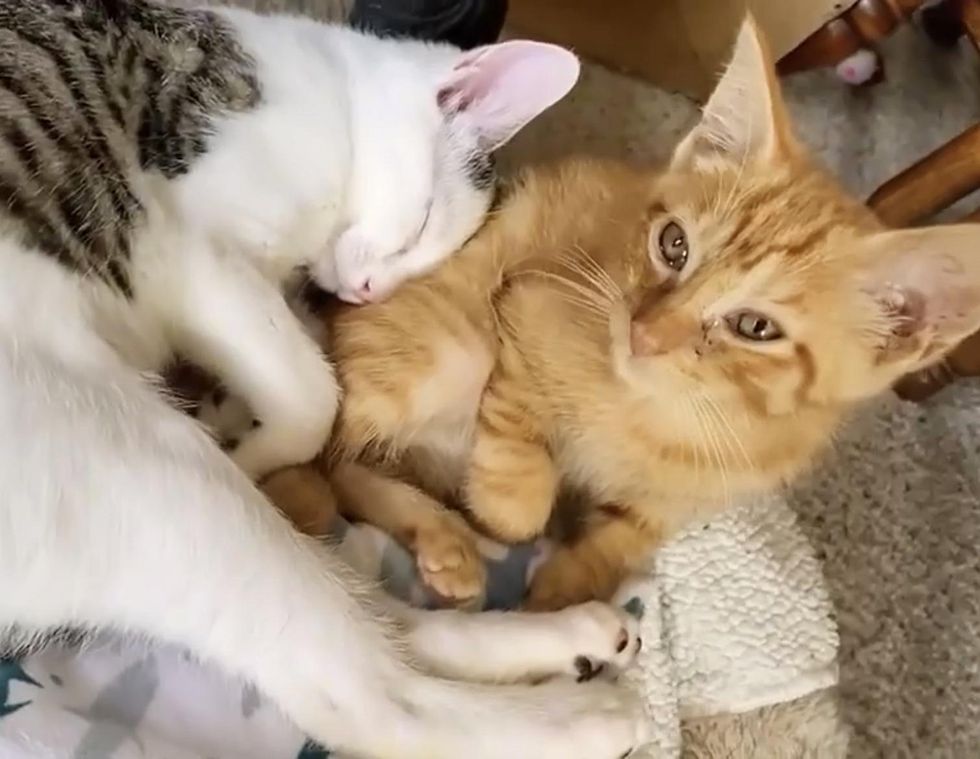 The kittens have healed up beautifully in their foster homes, where food is bountiful and soft blankets and beds are aplenty.

They enjoy sunbathing by the window with their peers, and Croissant is always somewhere in the snuggle pile, purring along. 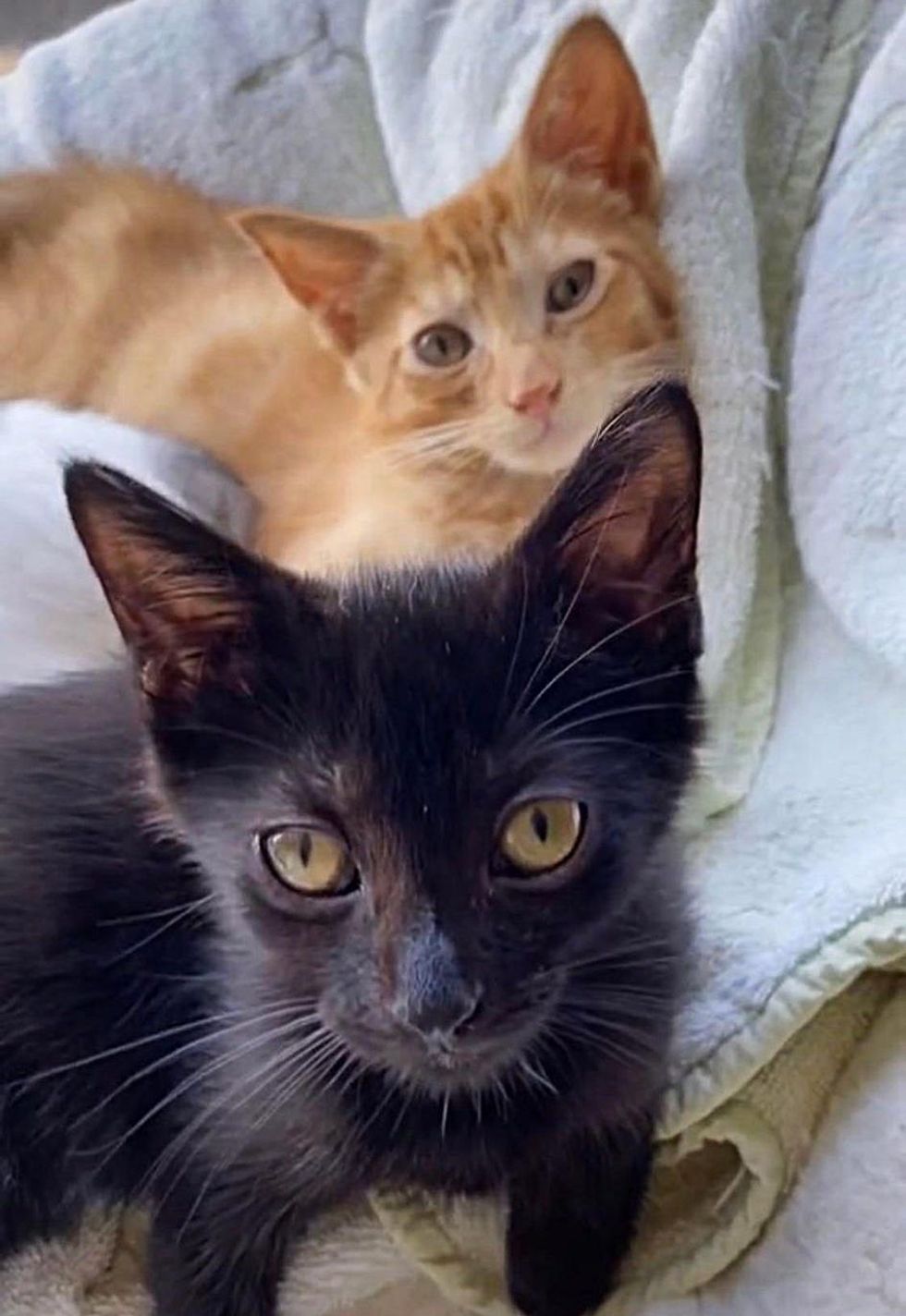 “They were foraging for scrap food, covered in fly excrement, and calling metal tubes ‘home’. Three days later, we had a healthy, happy, and thriving bunch,” Suzy shared.

Jean Pierre, the one-eyed kitten, adores Croissant so much that he wraps his arms around him and gives him mandatory baths. 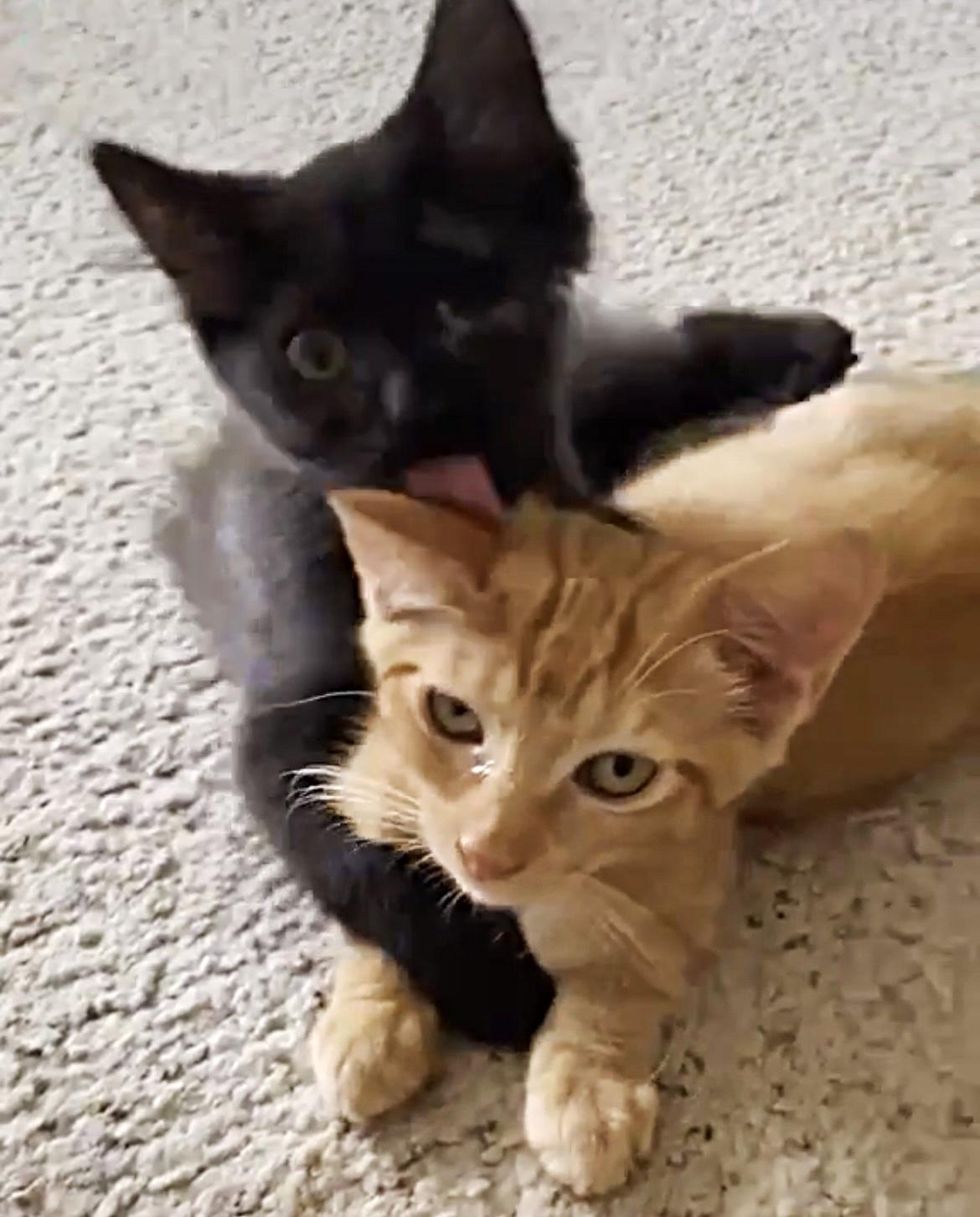 Croissant has a pair of beautiful amber eyes, bright and clear. He will never have to worry about food and shelter, and his energy level is soaring through the roof.

He’s started to romp around the room with other kittens, play with toys, and feel like a brand new kitty. 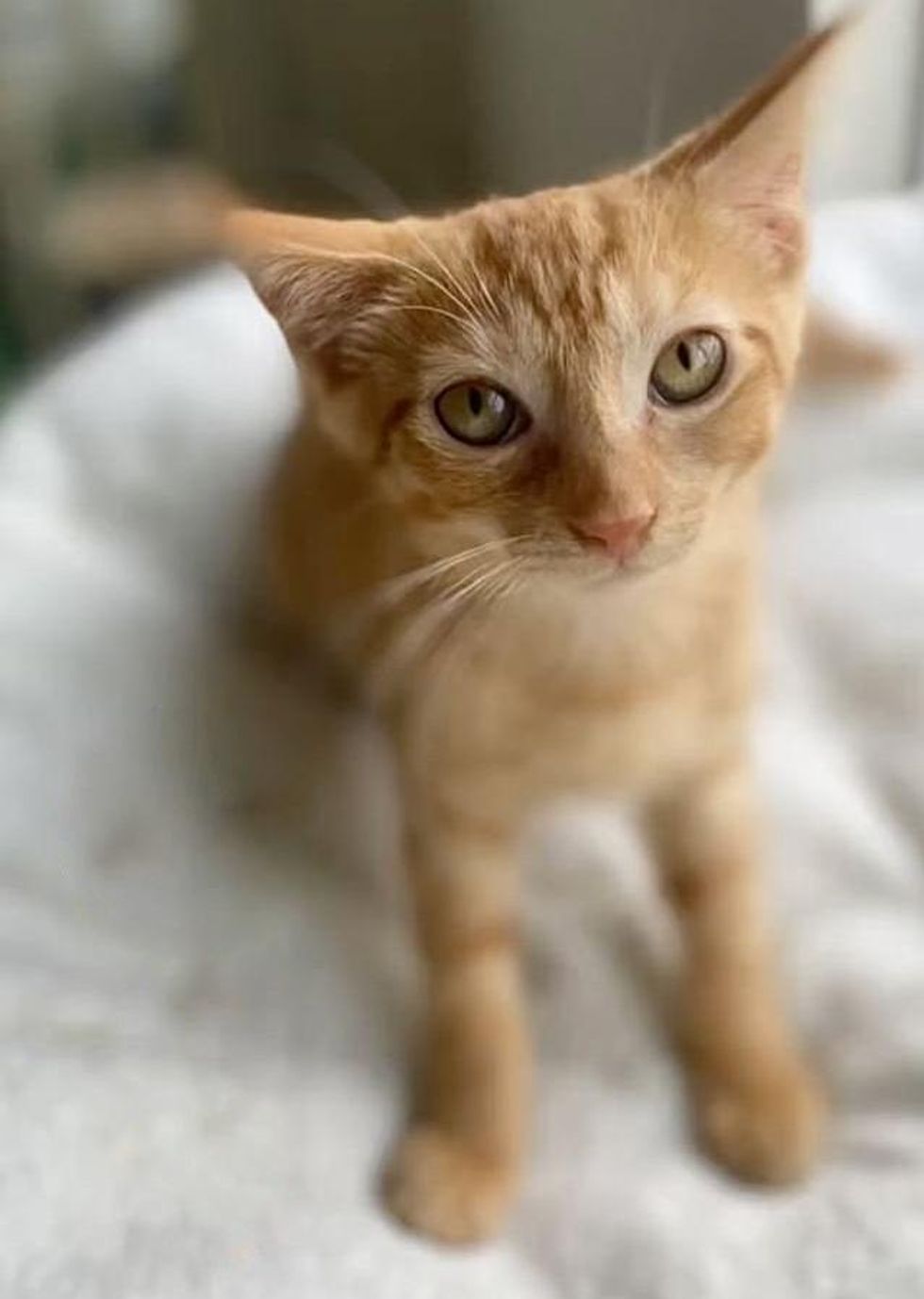 Look at him nowLittle Wanderers NYC

He will scour out every bed in the house and share it with his feline friends.

After a month in foster care, Croissant and his buddies are ready to find their forever homes. The sweet tabby boy has a lovable temperament and is an expert cuddler. 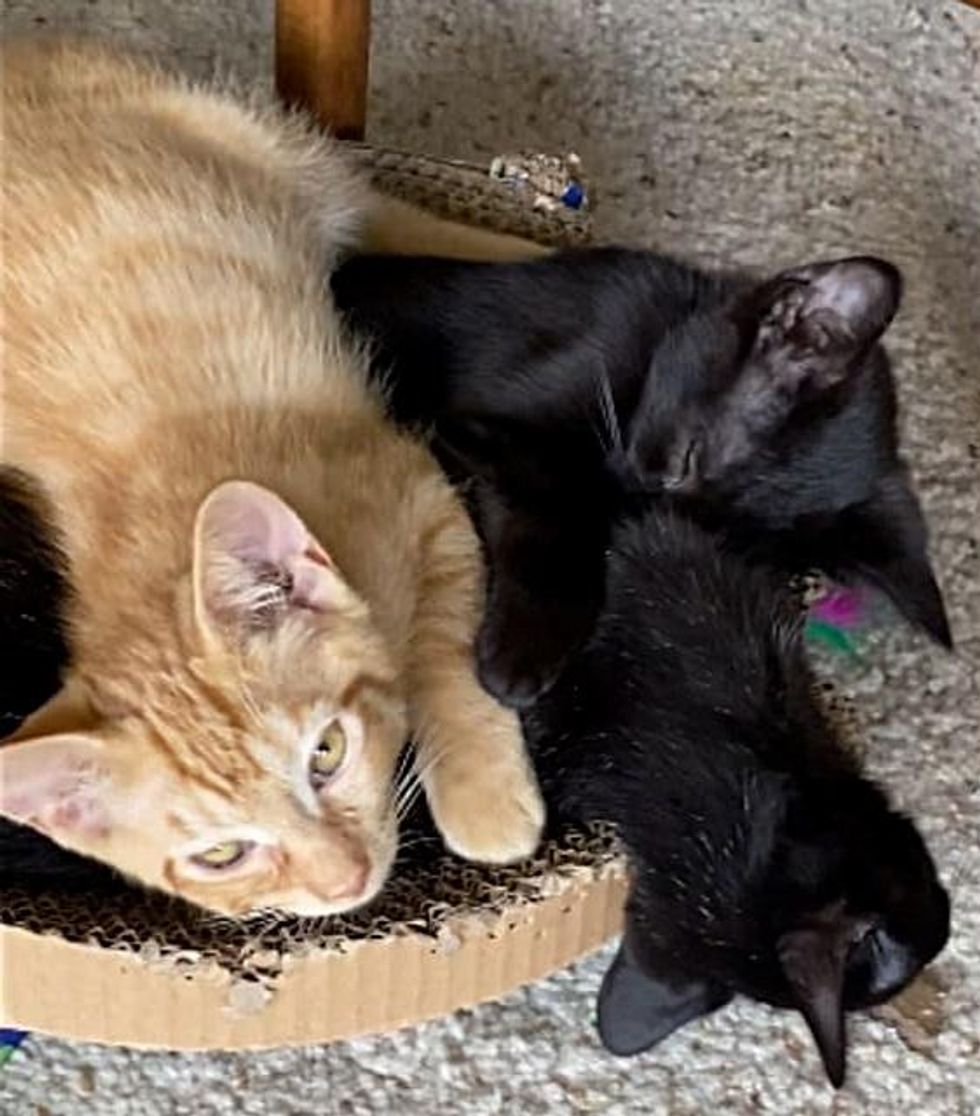 With a roof over his head, good food and care, he’s transformed into a healthy, happy, inquisitive young cat with so much to give.

“There’s nothing more rewarding than changing that animal’s life. It’s the only one he’s got.” 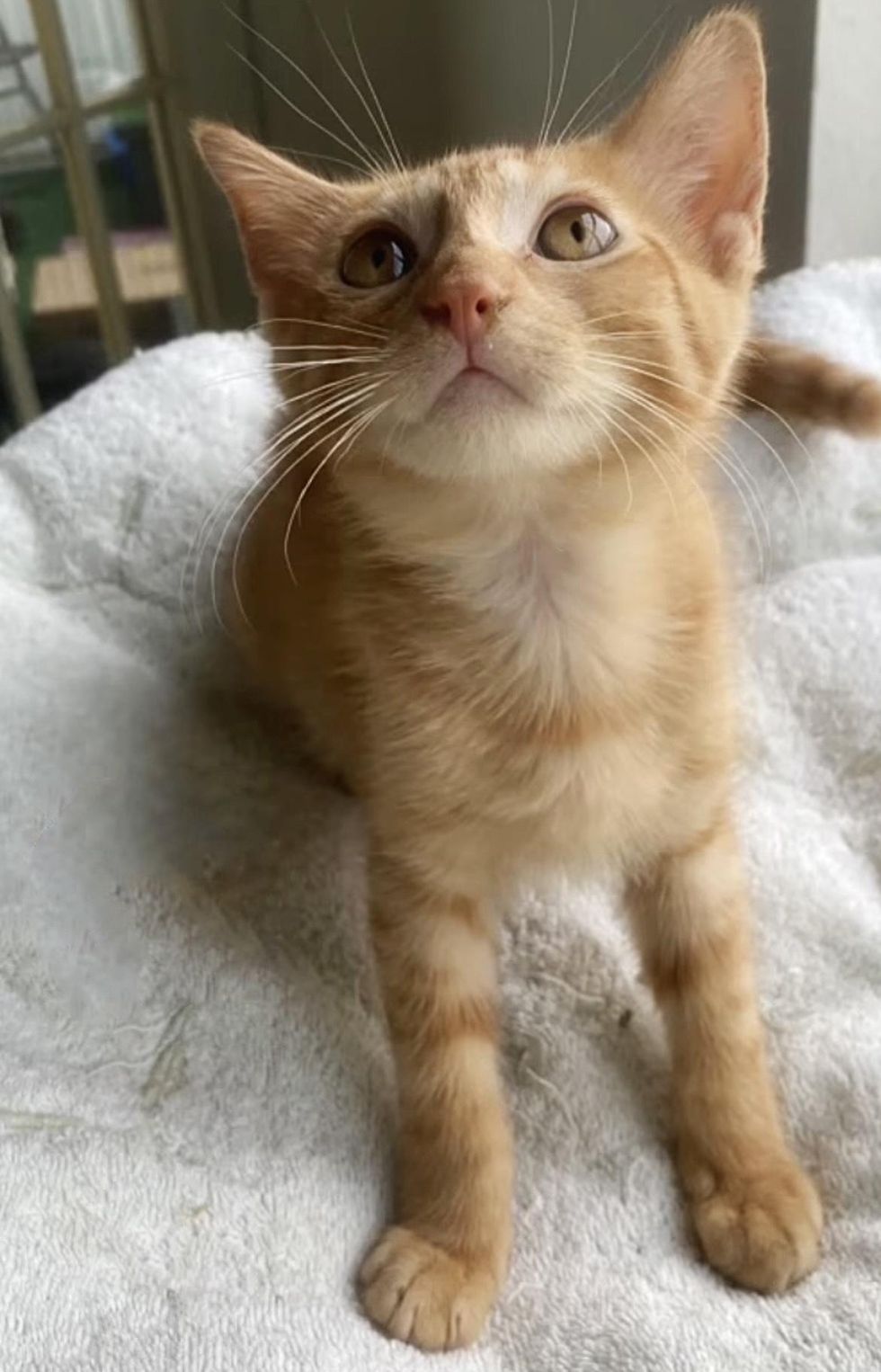 Related story: Cat Waited Her Whole Life to Be Indoors, Is Now Living the Dream Life with Her Kitten

The Felines of New York: The Pet Shop Cat

The Felines of New York: The Pet Shop Cat