Five kittens decided to keep hugging until they all found their forever homes.

Last month, a litter of five kittens were rescued by Oregon Friends of Shelter Animals (OFOSA) from a difficult situation.

The kittens were at risk of being abandoned outside in the relentless summer heat. OFOSA learned about their plight and rushed to get them to safety. Angela Su, a foster volunteer, took them into her care, so the younglings could have a dedicated person to cater to their needs, and a comfortable home to stay.

“When they first came to me, they were covered in fleas and understandably confused and scared,” Angela told Love Meow. 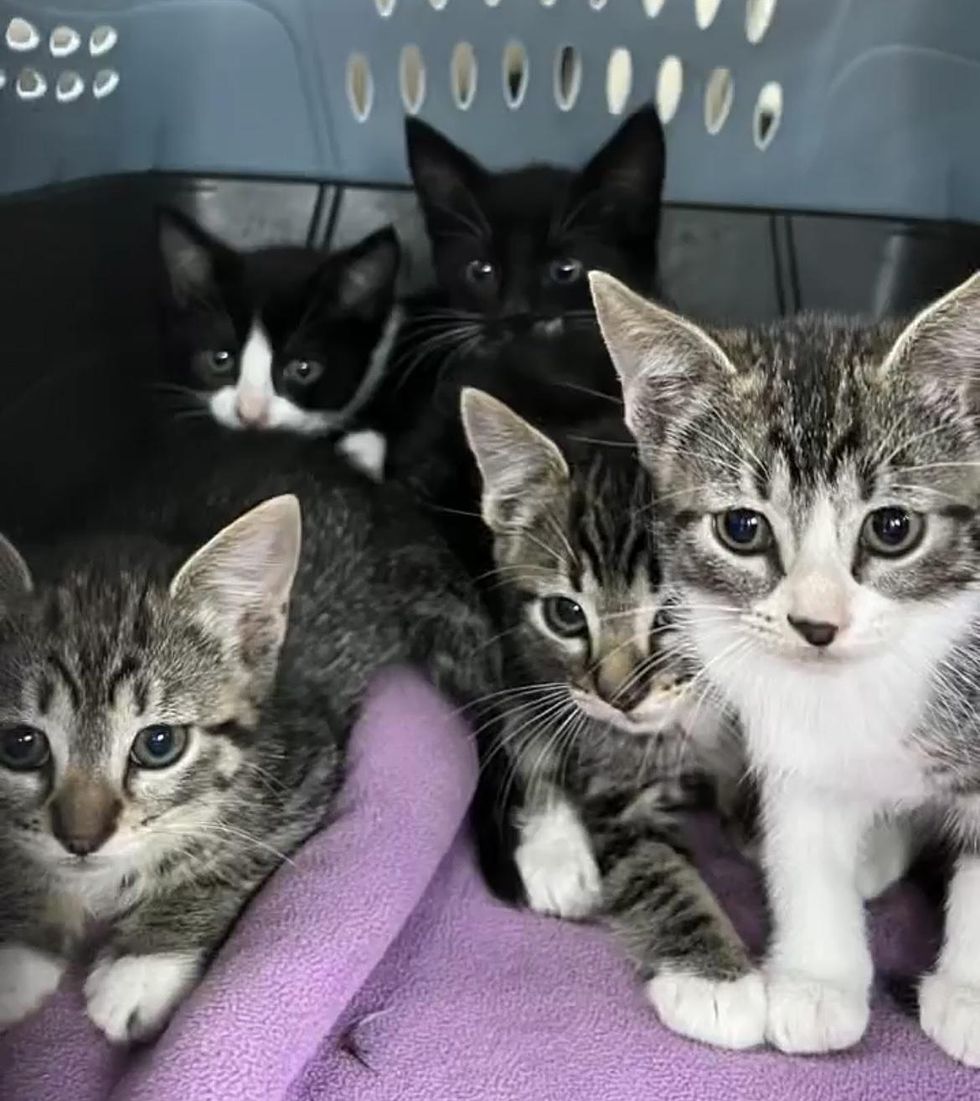 The kittens were apprehensive about all the vagaries after the long ordeal. They flinched, hissed and backpedaled into a corner when Angela tried to pet them, but that soon changed once they realized they were safe.

“After a warm bath and a few treats, they warmed up to me. Almost immediately, they discovered how wonderful it felt to be petted, and they started meowing for attention and purring loudly when they saw me.” 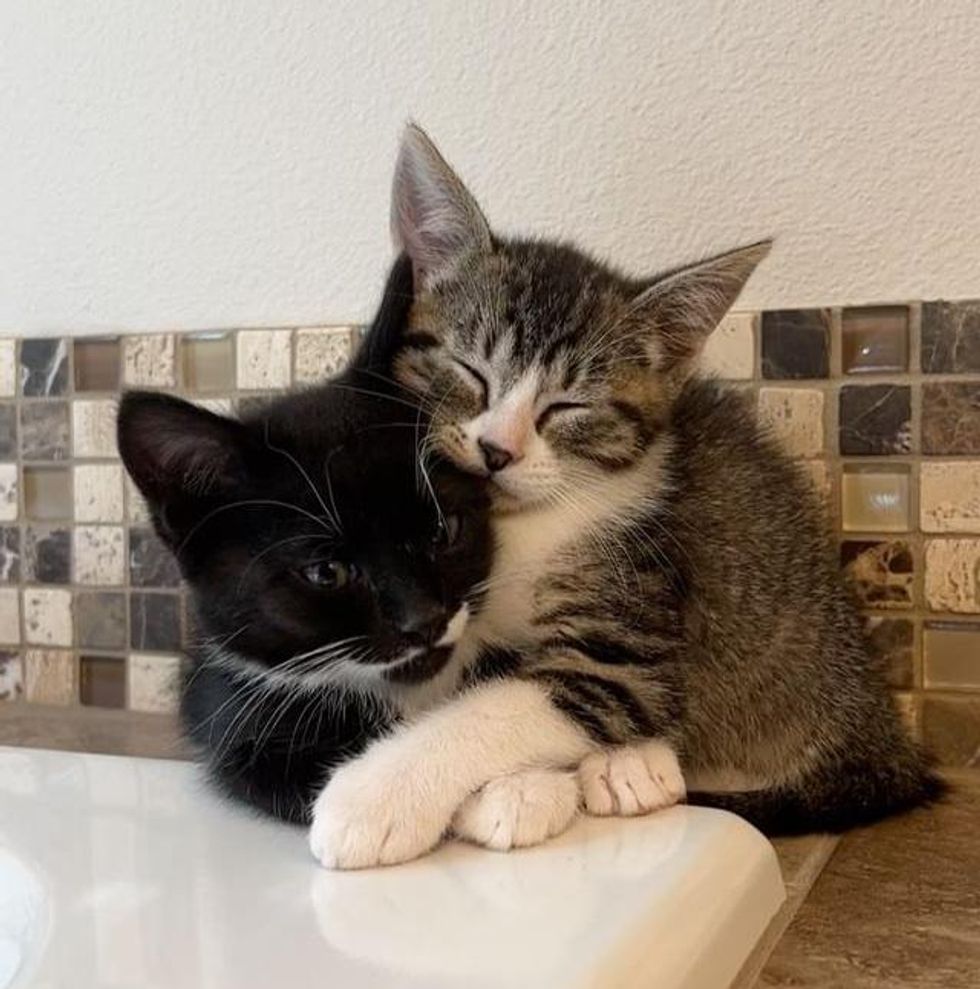 Once the kittens came out of their shells collectively, their affinity for group hugs was in full display. The five (Forest, Jade, Sage, Olive and Pine) formed the cutest snuggle-pile as they drifted off to sleep.

“They always cuddle together when they sleep. Every morning when I check on them, they’ll be in a big cuddle puddle together. As soon as they hear me come in, they will all start purring,” Angela shared with Love Meow. 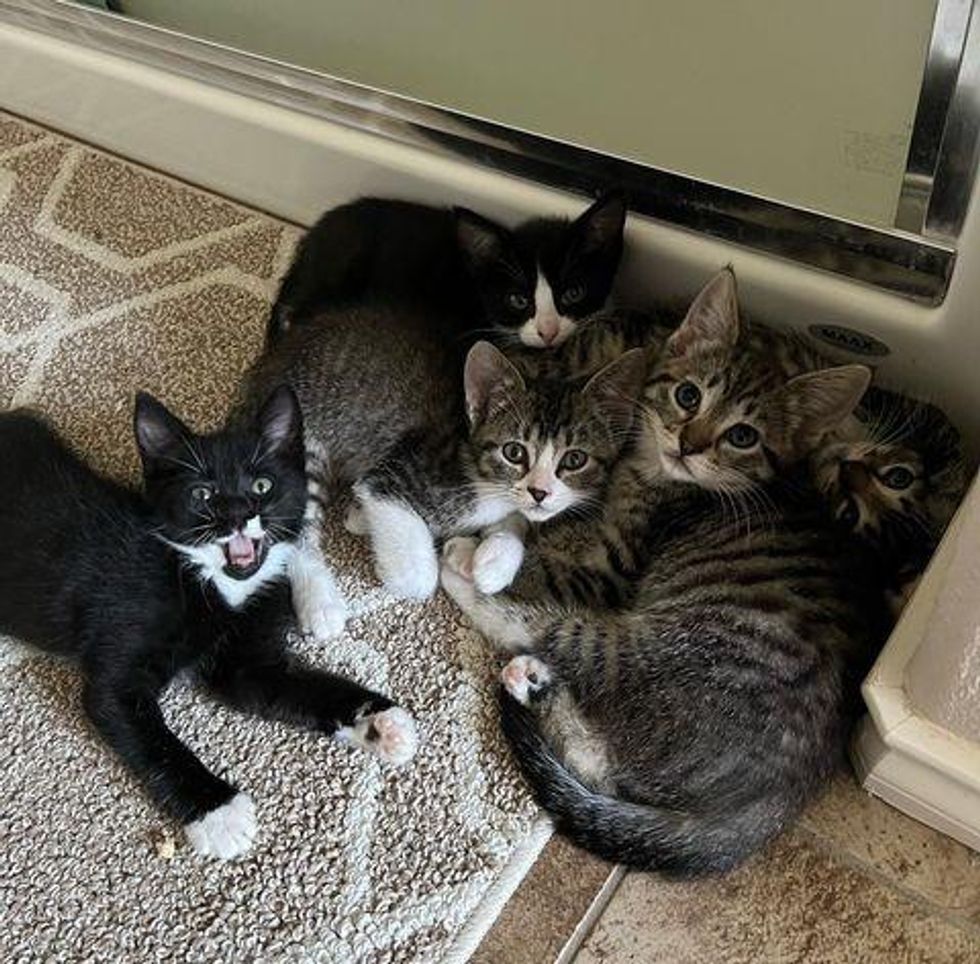 They are always cuddlingAngela Su

Halfway through their foster journey, life threw the kittens yet another curveball. They tested positive for feline panleukopenia (also known as feline distemper). The five stayed by each other’s side while they battled the illness together.

“They were getting antibiotics, fluids and probiotics daily, as well as B12, anti-nausea medication, and other supportive care.” 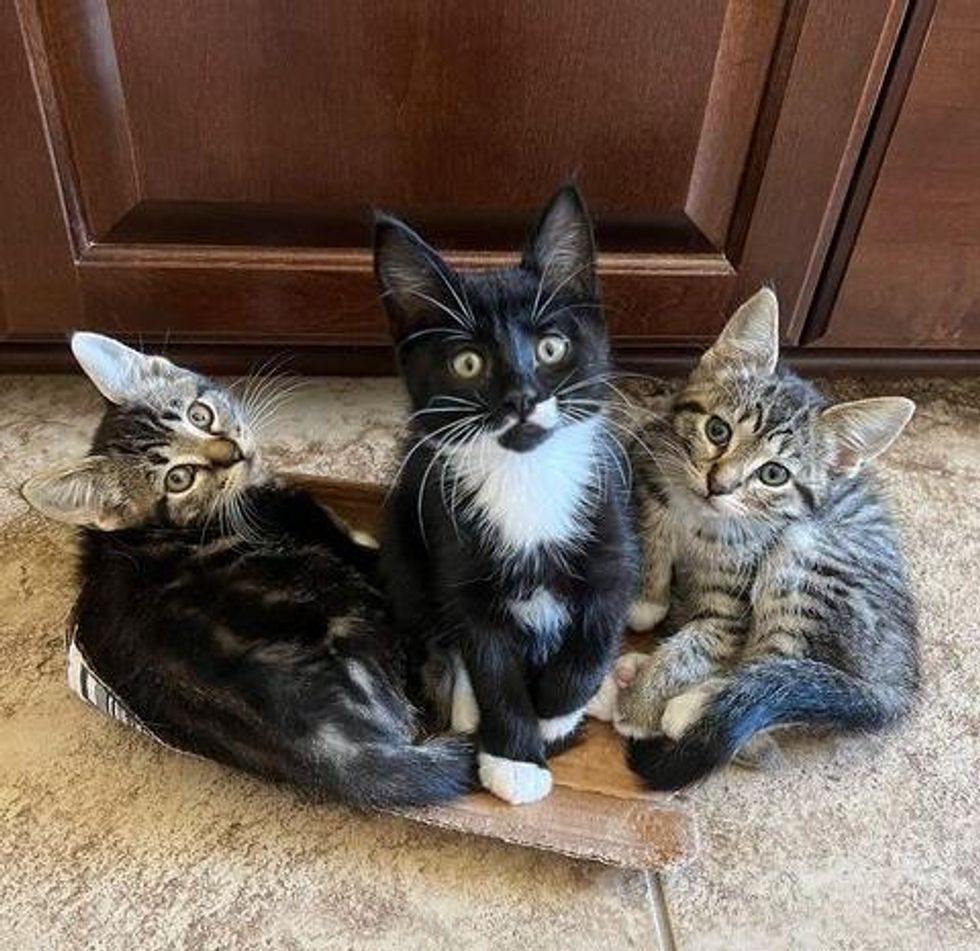 The kittens never hesitated to shower their siblings with hugs and kisses, while Angela worked tirelessly around the clock to nurse them back to health.

When their symptoms dissipated, appetite returned, and energy level improved, Angela could breathe easier. With painstaking care and endless snuggles among the kittens, they all pulled through remarkably, and made a full recovery. 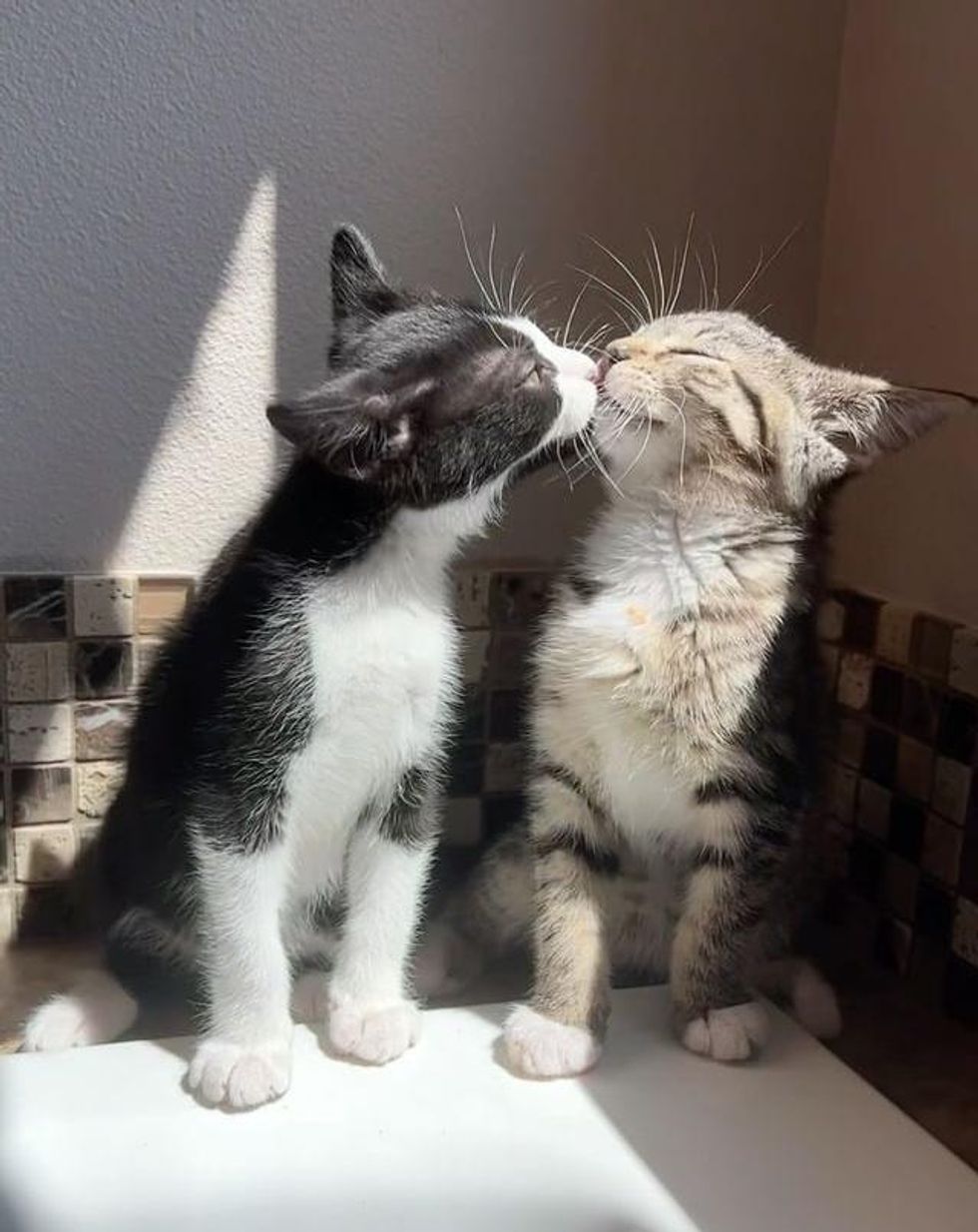 Now that the kittens are back on their feet and more energetic than ever, they enjoy zooming around the room, wrestling with each other, and playing up a storm.

When they tire themselves out, one by one, they trickle into an adorable snuggle-fest and switch on their turbo-powered purr motors. They wash each other’s faces until their heads and eyes feel heavy. 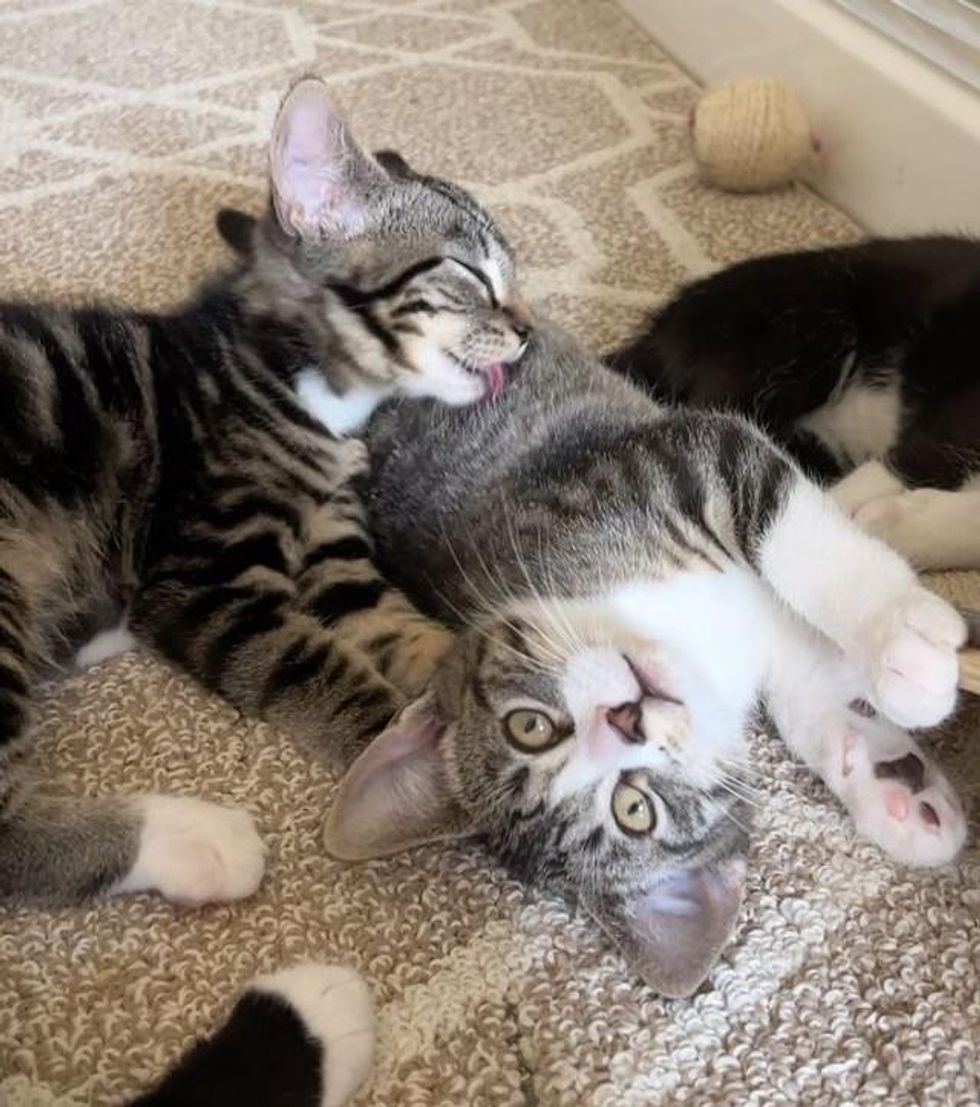 “They are some of the sweetest kittens I’ve ever fostered.” 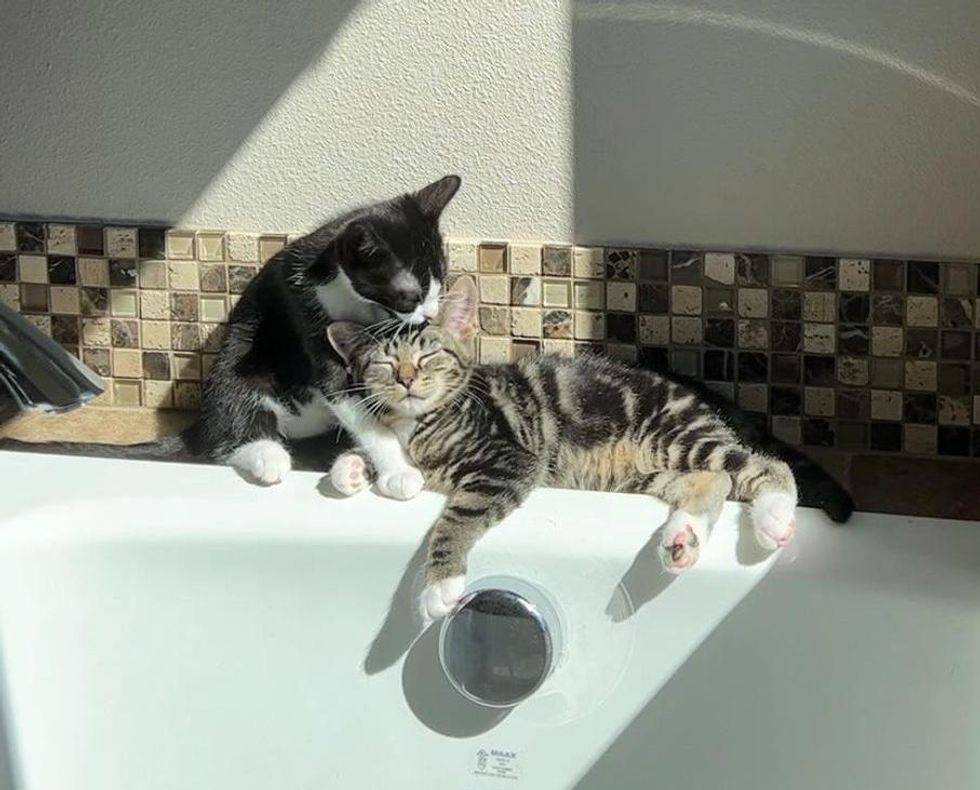 After a rough start to life and challenges along the way, these feline siblings are flourishing and well on their way to their happily-ever-after. 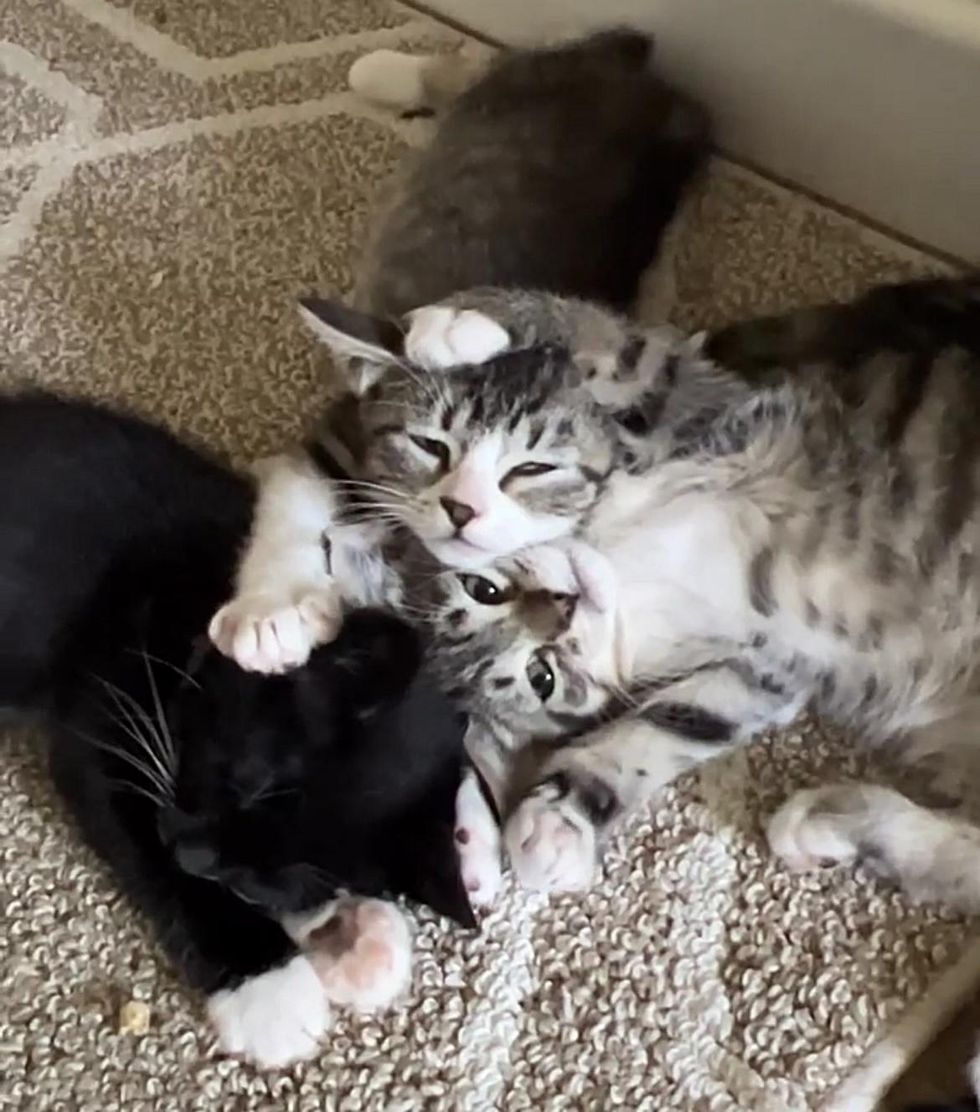 “They are all going to be adopted next week, and it has been an absolute joy fostering them,” Angela said. “After helping them overcome all the challenges, I’m so happy to see them thriving and ready to live happy, full lives.” 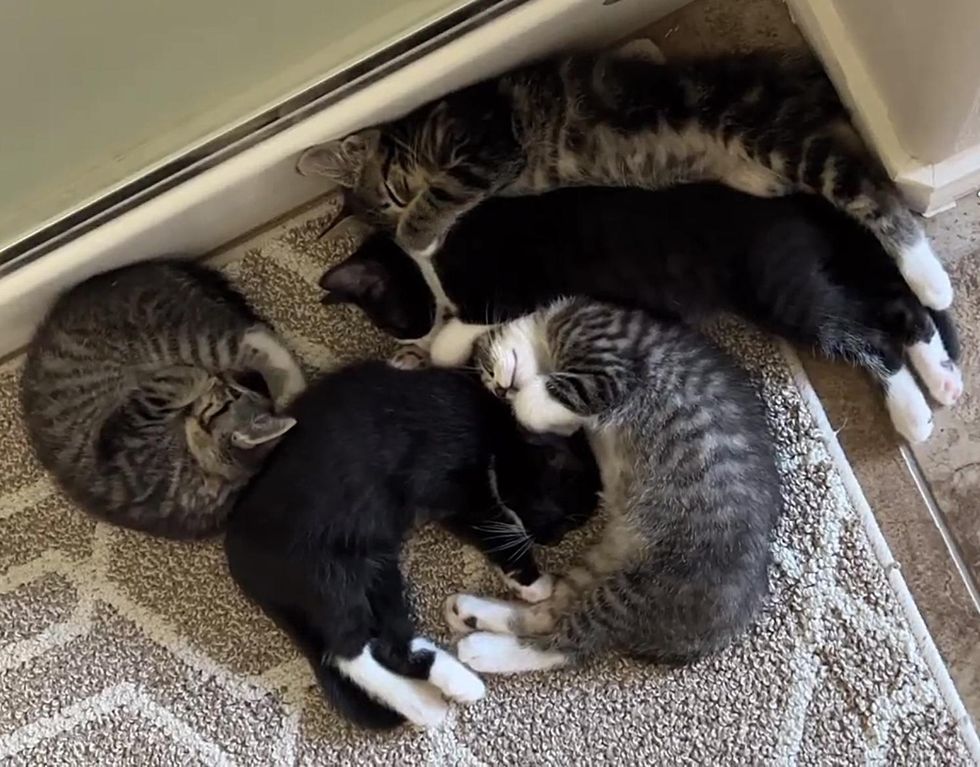 Related story: Kitten Climbs Up Kind People for Taking Him in and Immediately Takes to Their Cats

Is there a Cost-of-Pets Crisis Looming for Brits?