A kitten who was found at an auto shop, has a lot of “opinions” to tell throughout her rescue journey.

About two months ago, four 3-week-old kittens came to Newborn Kitten Rescue via Arizona Humane Society. They had been found at an auto shop, and were named after cars (Lexus, Bronco, Porsche, and Tacoma).

The kittens were underweight and needed help to eat consistently. After getting full bellies and some extra TLC, things began to look up for most of the littermates.

“Two days after we took everyone in, Lexus (torbie) started to decline. She was taken to emergency care,” Amelia Riedler, Vice President of Newborn Kitten Rescue, told Love Meow. 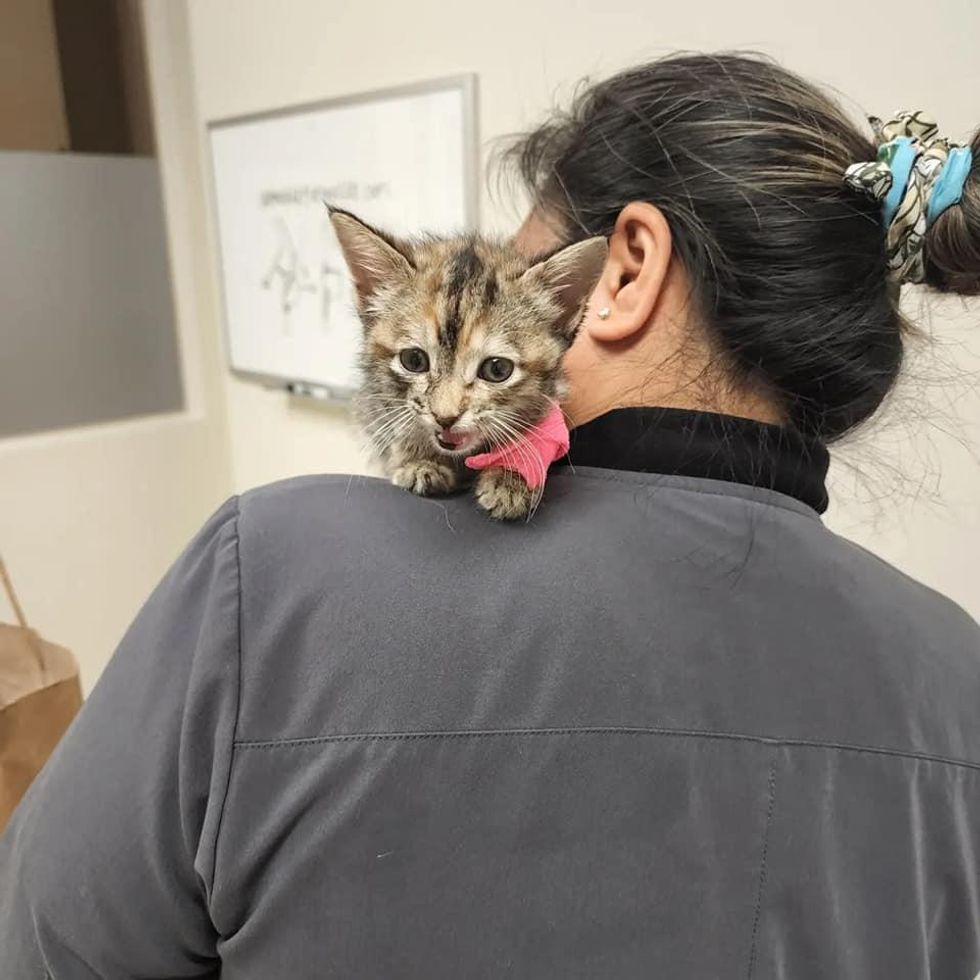 She was losing weight and couldn’t keep food down, and was soon diagnosed with both pneumonia and feline panleukopenia. Despite all the odds stacked up against her, Lexus showed incredible will to live.

The veterinary team admitted the kitten and worked around the clock to provide intensive care. It took a village, and after five days at the hospital, Lexus bounced back on her paws with her newfound strength. 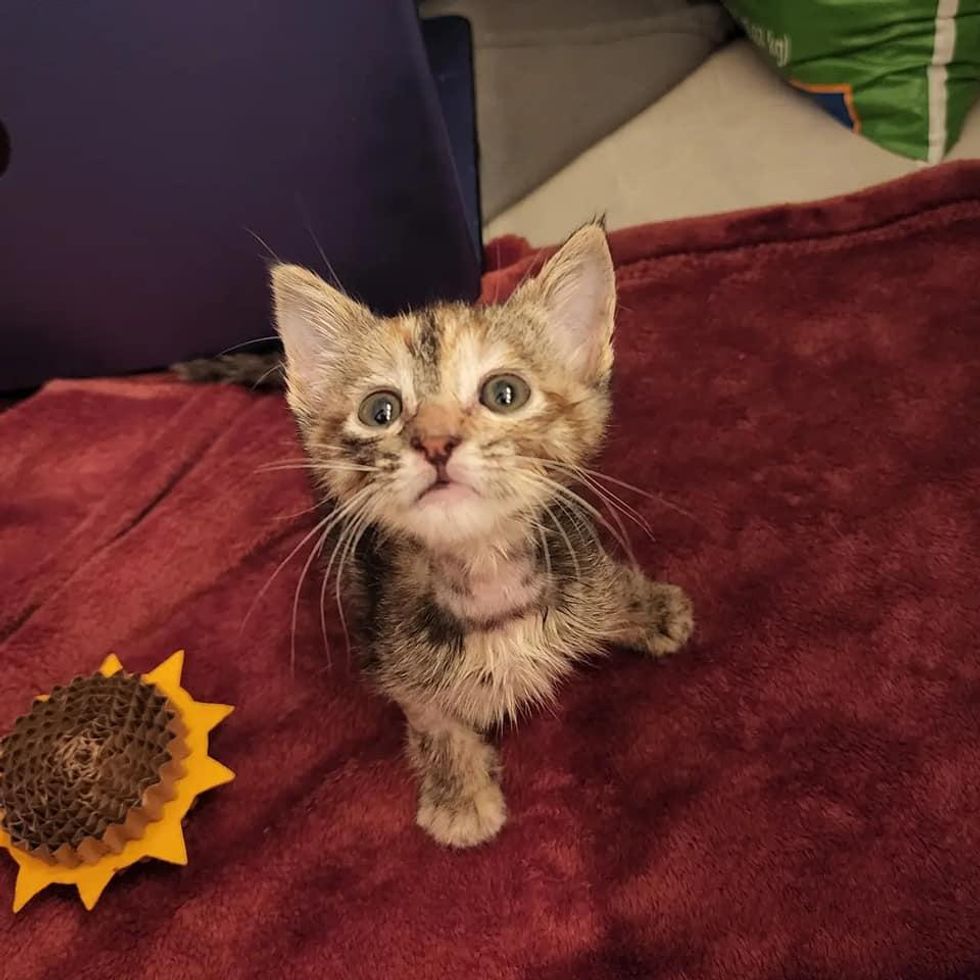 She reclaimed her voice and started talking in her irresistibly cute raspy meows. She had no trouble expressing her desire to be cuddled and petted, and quickly won over all the staff.

“She slept happily in the vet’s pocket. After she woke up, she was very alert and even wanting to sit on the vet’s shoulders. She was already wanting to be part of the action.” 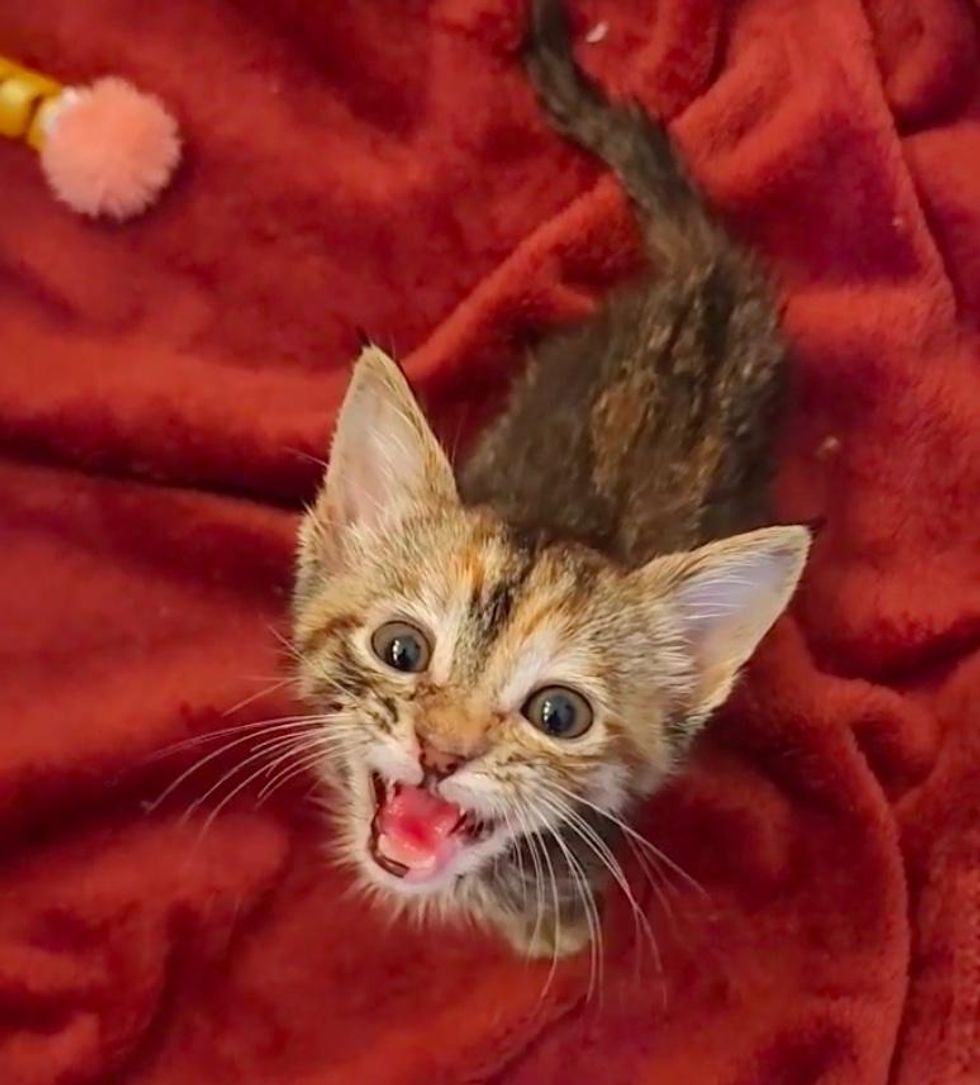 Lexus was thrilled to be back in her foster home and blissfully kneading away on her blanket. She continued to share her strong “opinions” every time her foster mom came into the room. She exuded so much ferocity and bravery in that petite body.

Lexus spent the next few days recovering and making good gains, and her personality fully emerged.

“She is obsessed with shoulders, snuggles, and kisses. She is also quite vocal, and not afraid to let everyone know that she’s here,” 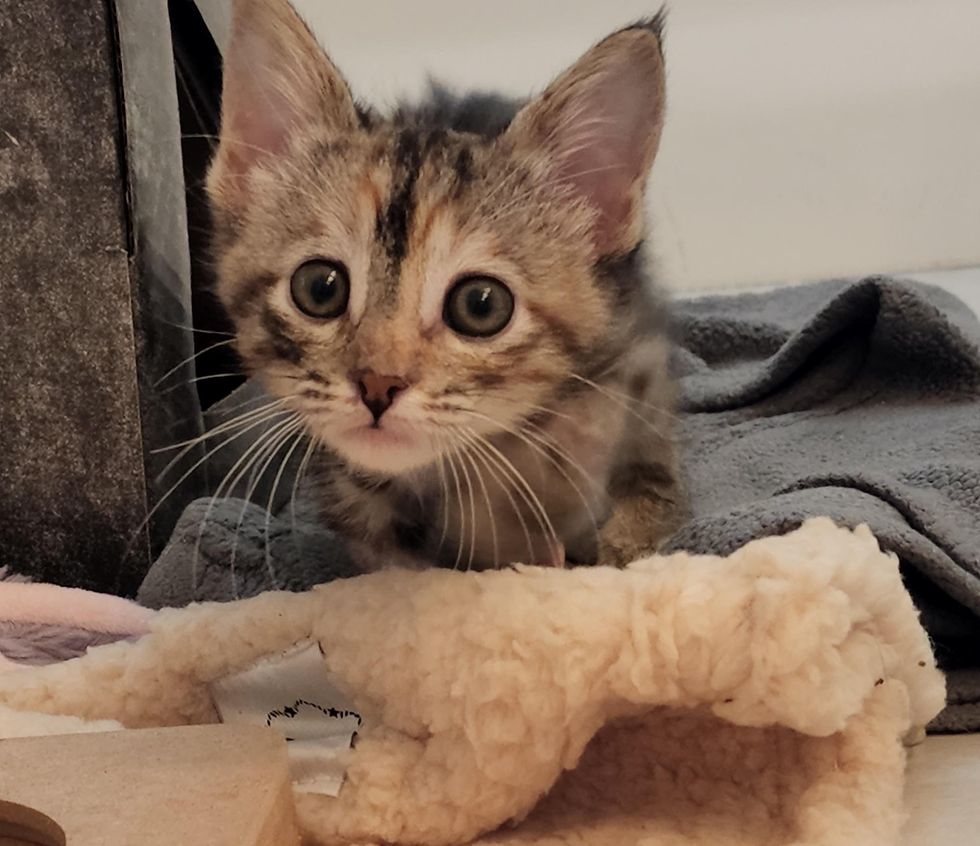 Lexus began to have enough strength to play after feeding, and became more active and inquisitive each day.

“She loved to be held up close, nestled in a little sling her foster mom fashioned for her, and sung to. Milestones such as playing, grooming, and eating on her own were all celebrated.” 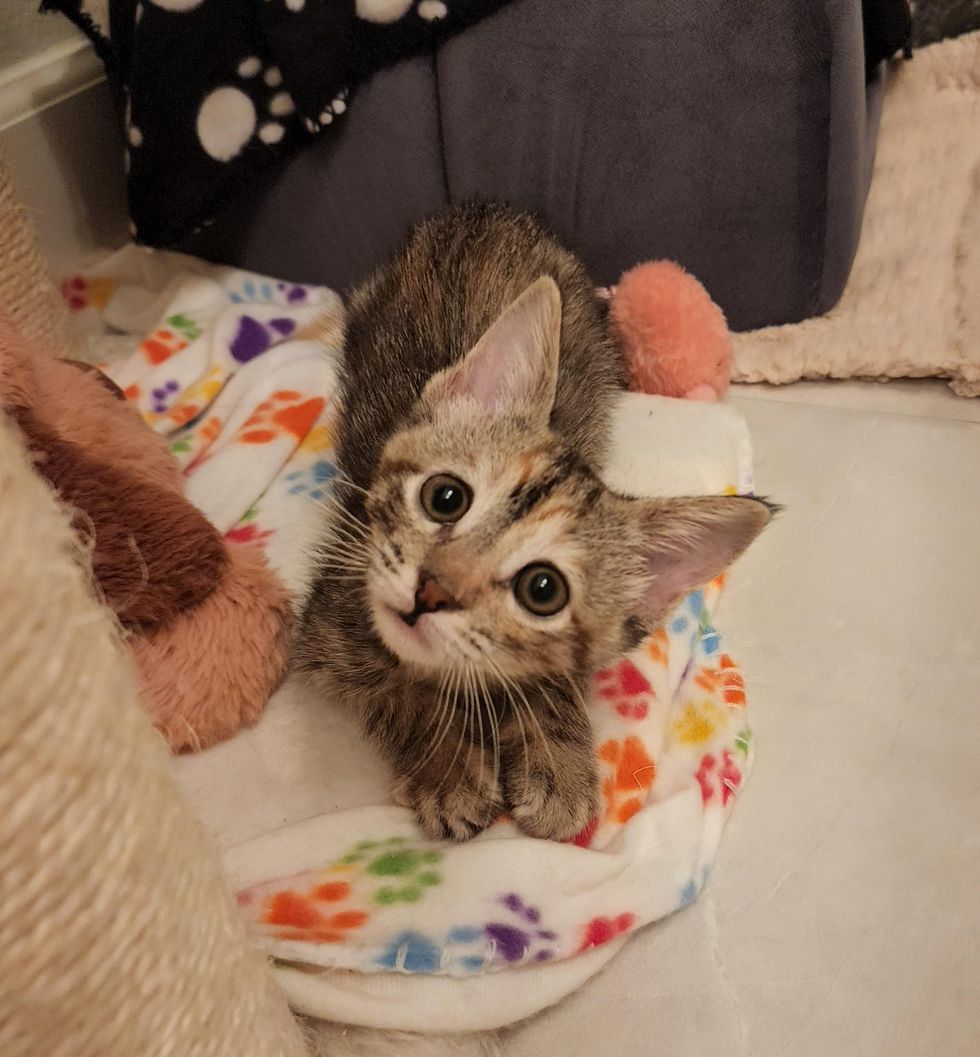 “She was extremely vocal during her first couple of weeks home, which showed her fighting spirit,” Amelia told Love Meow.

The torbie girl is a bona fide people-cat and a shoulder-dweller. She has brought immense joy to all the staff and volunteers, and never fails to put a smile on their faces. 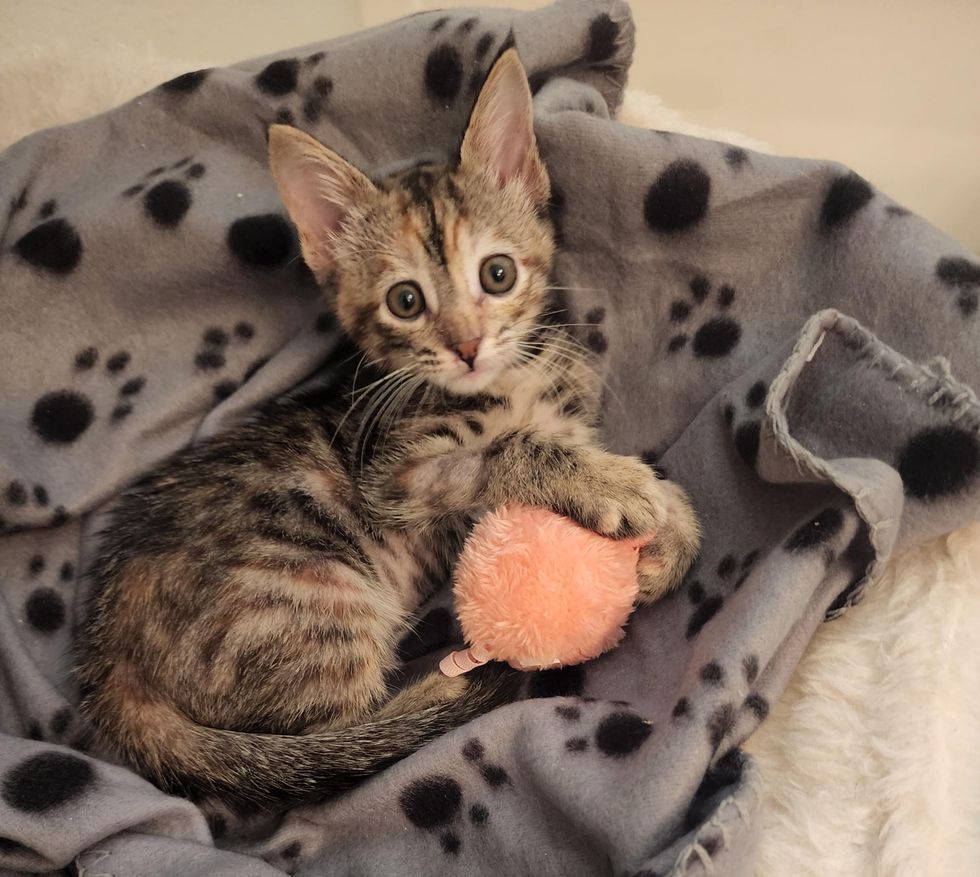 “She wants to play as much as she wants to love. She purrs immediately when she sees you and would be happy to spend all her time playing, sleeping, and snuggling with cats and people alike,” Amelia added.

“She would be equally happy in a big family as much as being someone’s one and only. She is simply the best!” 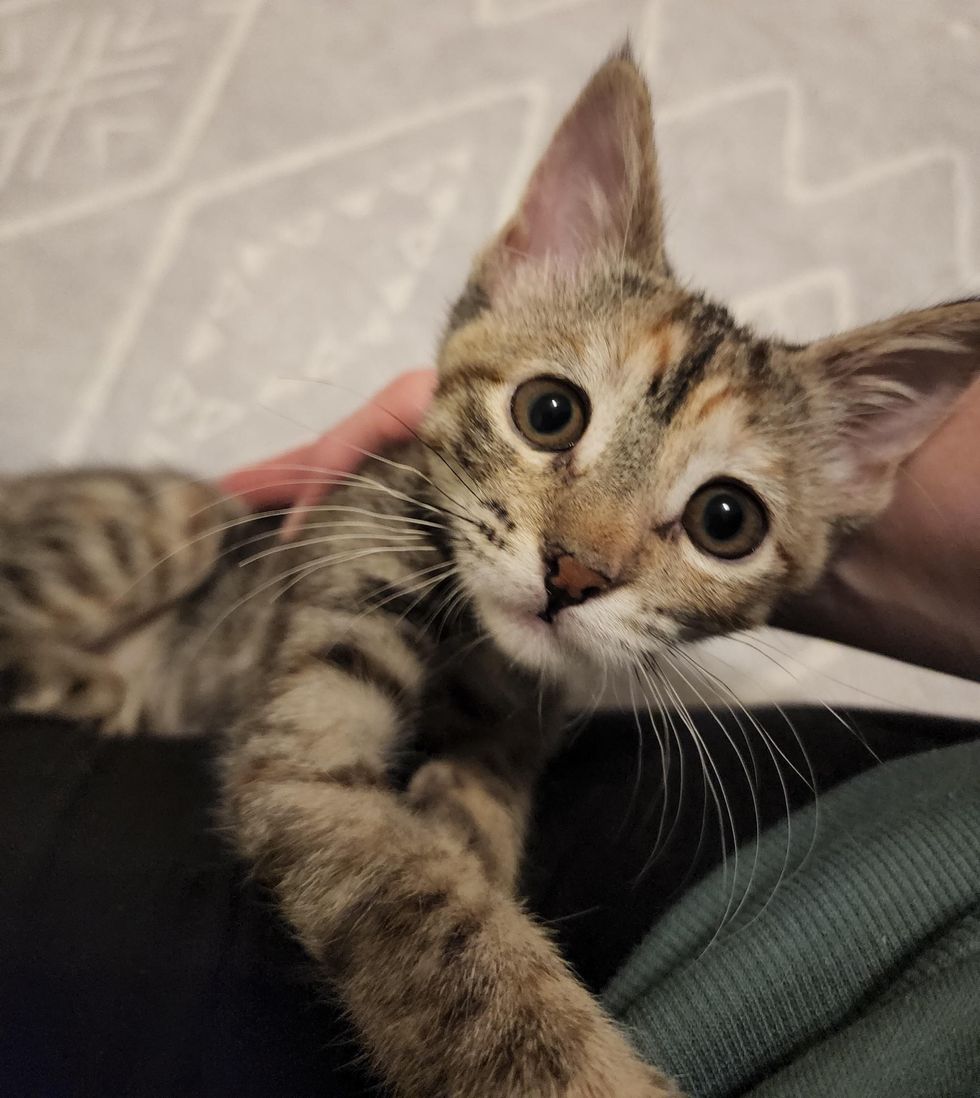 Lexus revels in play time with her foster brothers, romping and wrestling with them without a care in the world.

“She is also a very snuggly girl. She loves face-to-face rubs, neck scritches, and will even take a nap with you tucked up under your chin.” 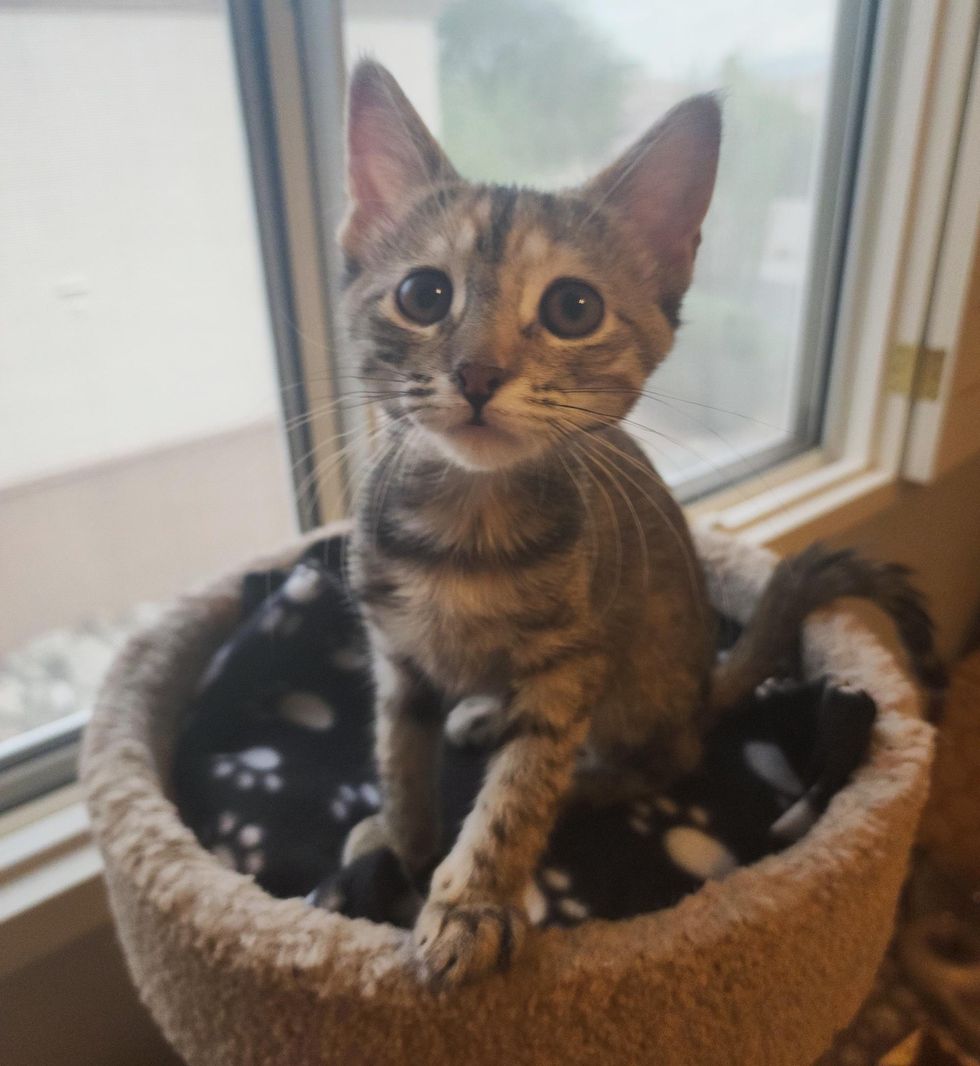 Related story: Kitten Born in Backyard Decides He Needs Cuddles One Morning and a Place of His Own

No Mortgage, No Pet: Half of Tenants Who Fear Never Owning Own Home Face Uphill Battle in Pet-averse Rented Sector