A kitten who was found in an attic, adores his plushy and insists on carrying it everywhere.

A good Samaritan discovered a scruffy stray kitten in the attic of her workplace, but found no sign of a mother cat or siblings. They took the kitten home and tried to help him but soon realized that he would need more care than they could provide.

They reached out to their local animal rescue, Chatons Orphelins Montreal, and had the kitten safely transported into their care.

“We named him Loom and he was just skin and bones. He had some stomach issues and weighted only 360 grams for a 5-week-old kitten (very underweight for his age),” Celine Crom of the rescue shared. 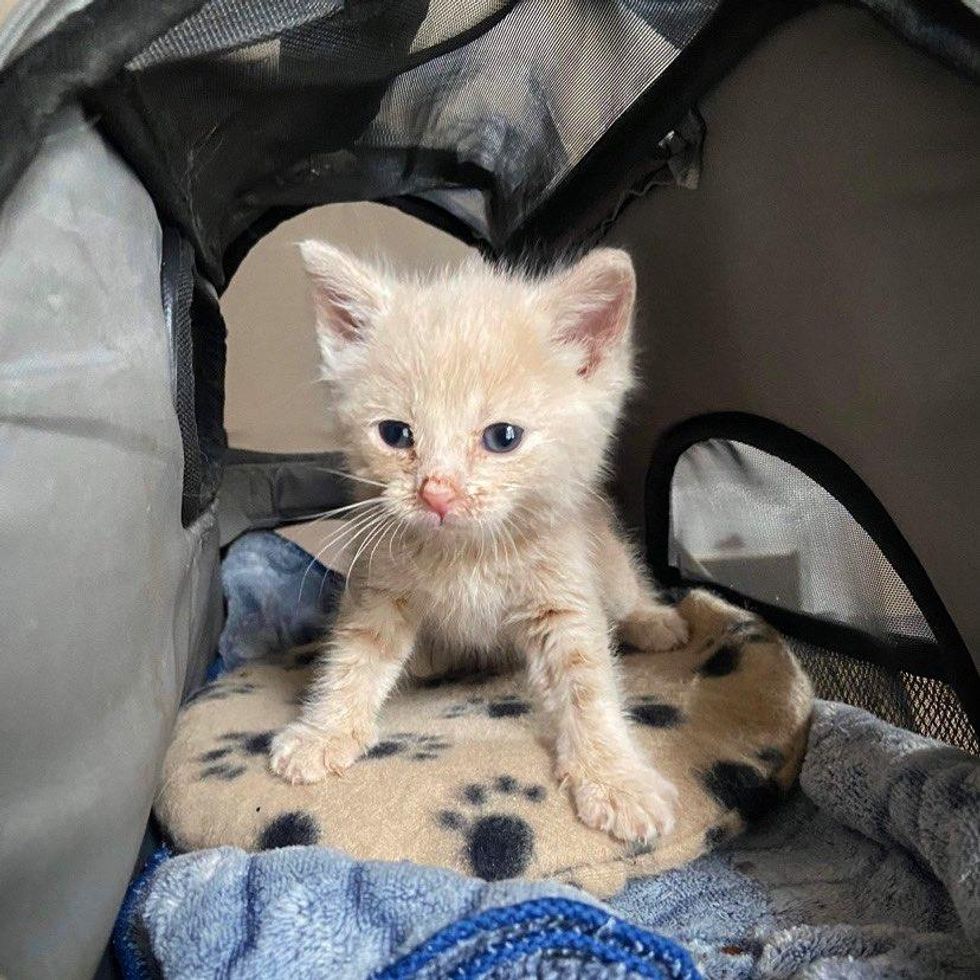 He was found in an attic all aloneChatons Orphelins Montreal

The kitten was hungry, dehydrated, and immediately taken to the vet, where he was given fluids, medication, and plenty of TLC. “He was so weak that he had to be assisted to eat in order to maintain his weight.”

Despite it all, Loom tried to stay awake to everything going on around him, and was so thankful to have someone to cater to him. 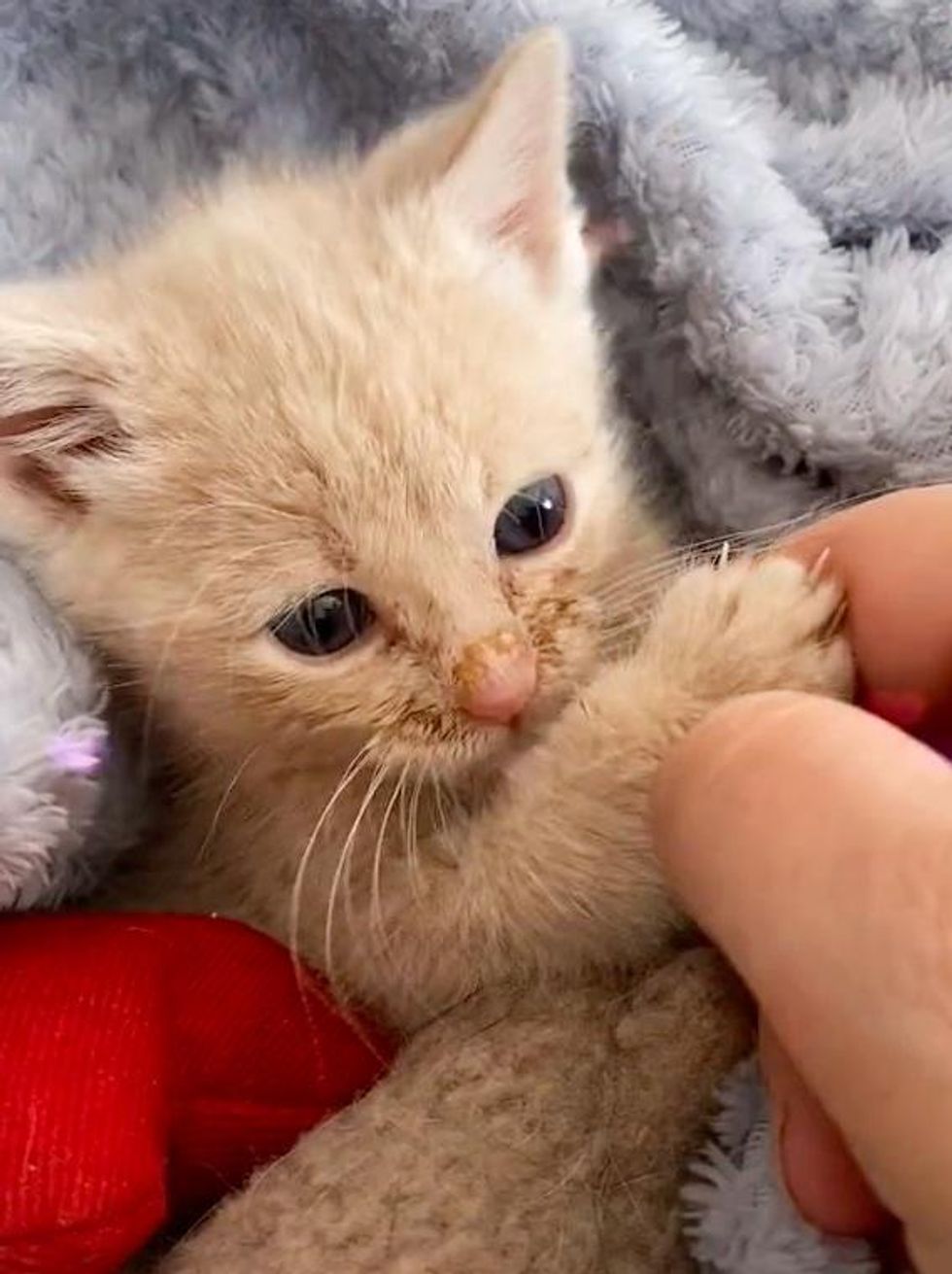 His foster carer hand-reared him every two hours around the clock, and provided a constant heat source to keep him warm. “After 48 hours of intensive care, the little one regained strength, and he was starting to eat on his own again.”

As a solo kitten, he was gifted a little plushy companion, so he would not feel alone. 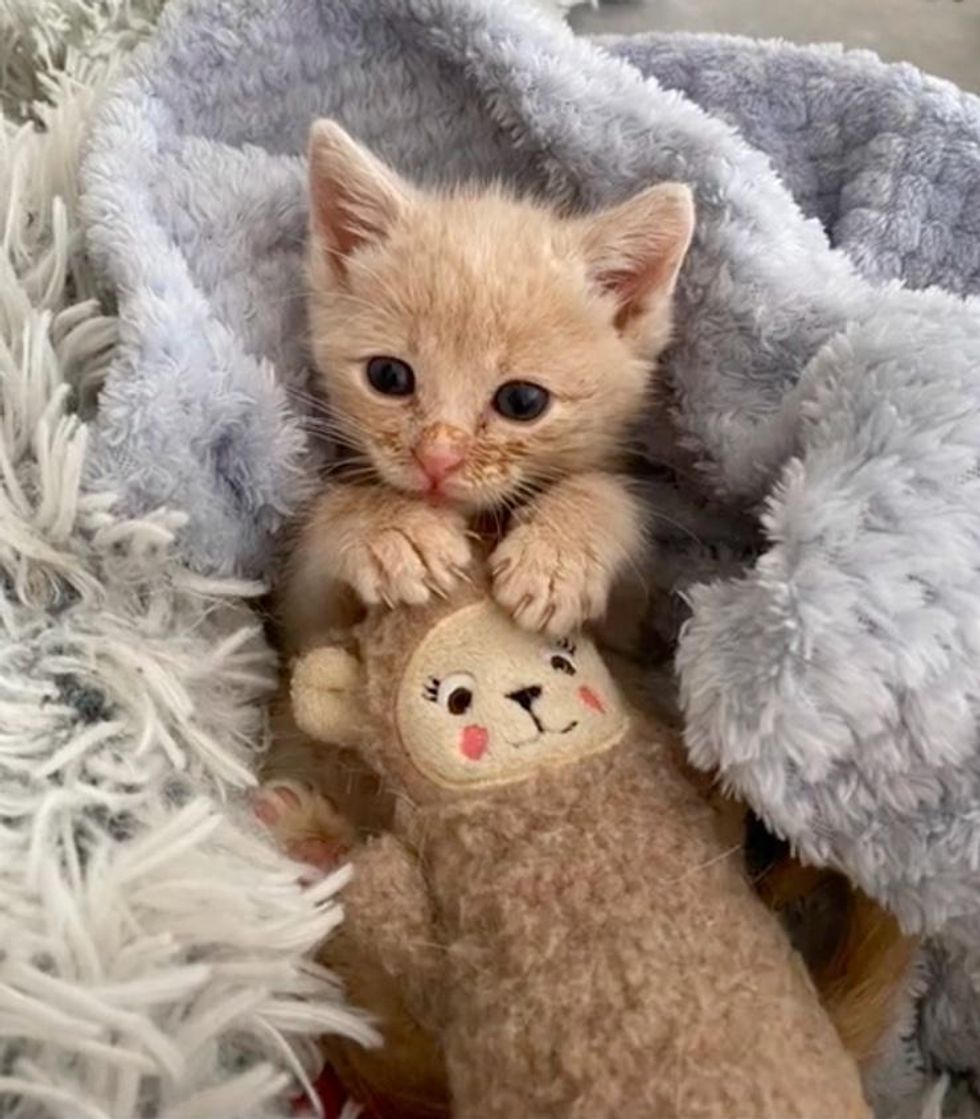 Loom immediately took a liking to the cuddle toy and decided to carry it with him everywhere he went. He’d wrestle with it, attempt to groom it, and fall asleep next to it.

When he learned to eat from a dish like a big kitty, his snuggle buddy was never far from him as if to cheer him on. 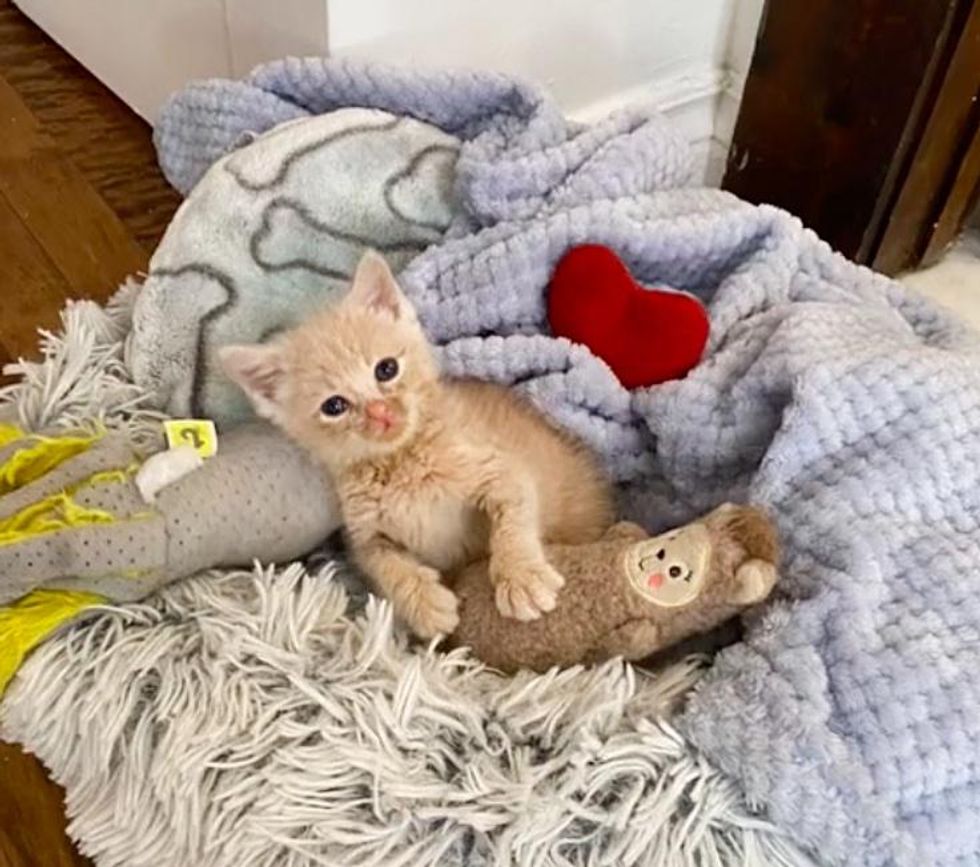 He carries the toy with him everywhere he goesChatons Orphelins Montreal

“Loom has turned into a social, affectionate young cat. He loves everyone, both human and feline. He’s curious about everything around him. He’ll jump into a tote (or a paper bag) if he spots one on the floor,” Celine added. 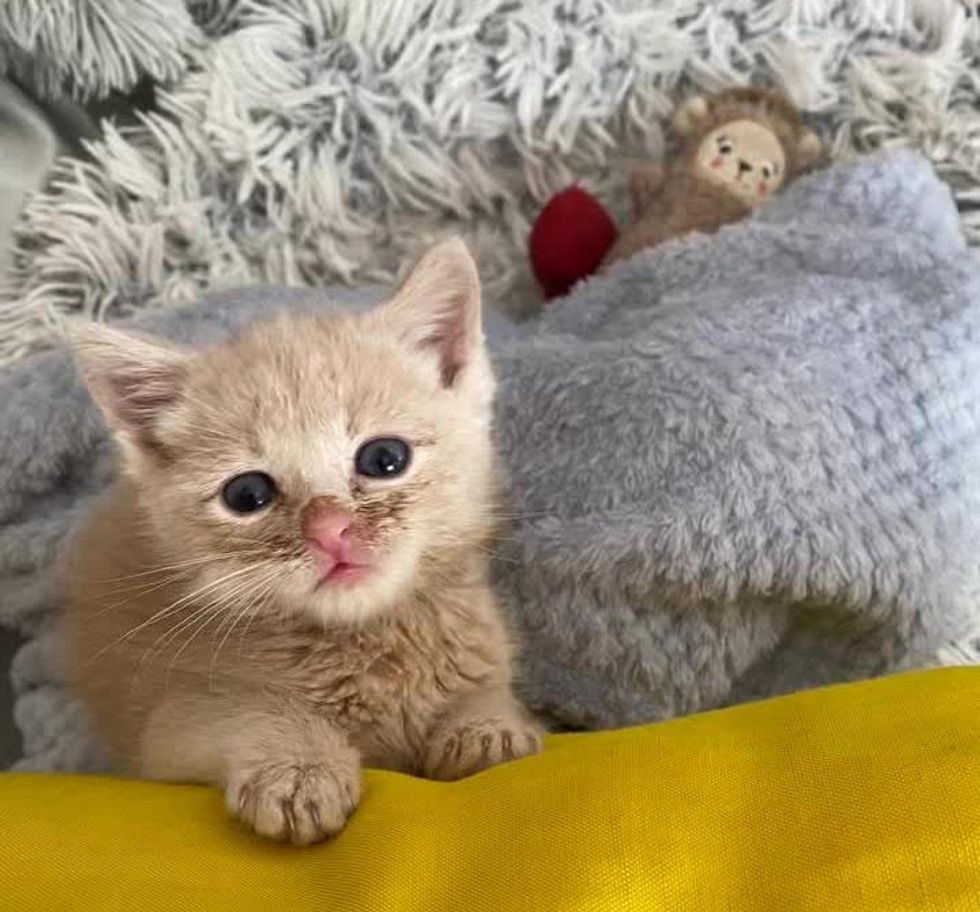 “He is always on the lookout for new stunts, and takes great pleasure in climbing to the top of a cat tree.”

Loom is packed full of energy, a stark contrast to how he was on day one. He has discovered the fun of sunbathing and watching feline entertainment through the window. 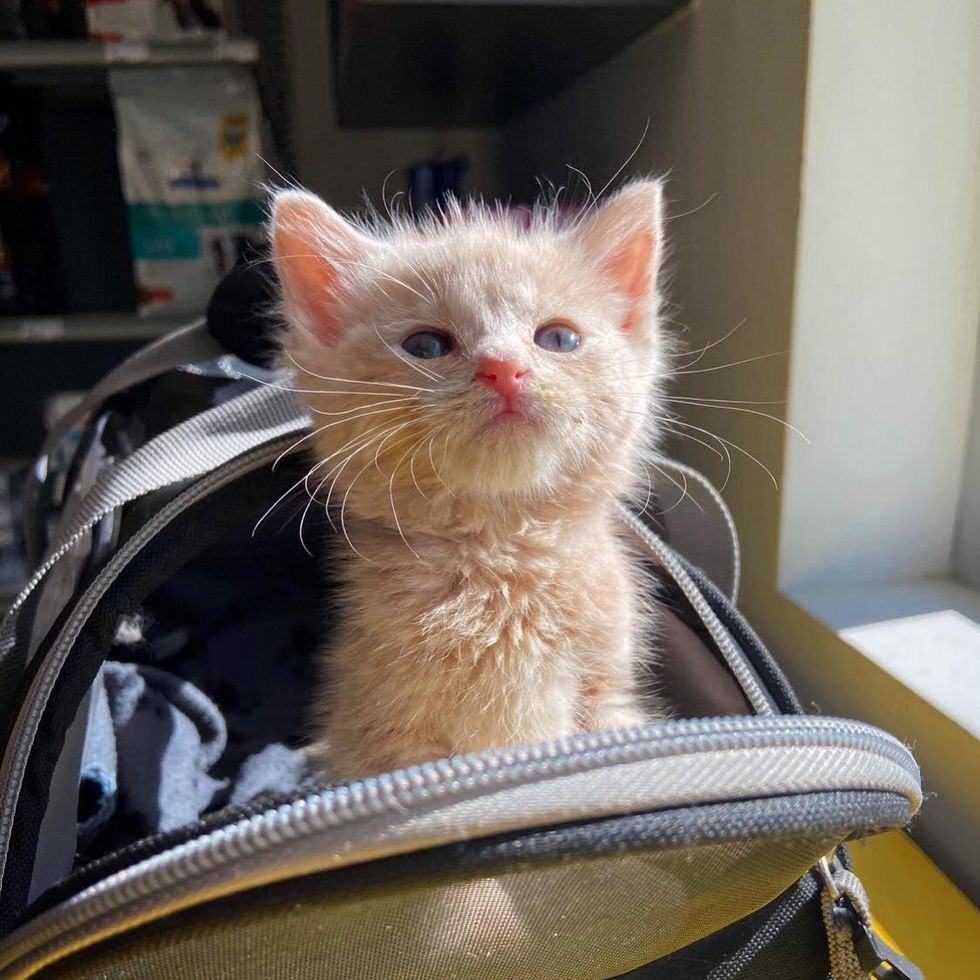 When he gets tired, he will flop down next to his plushy friend and go right to sleep. Nothing makes him happier than sinking his body into soft blankets along with his trusty plushy. 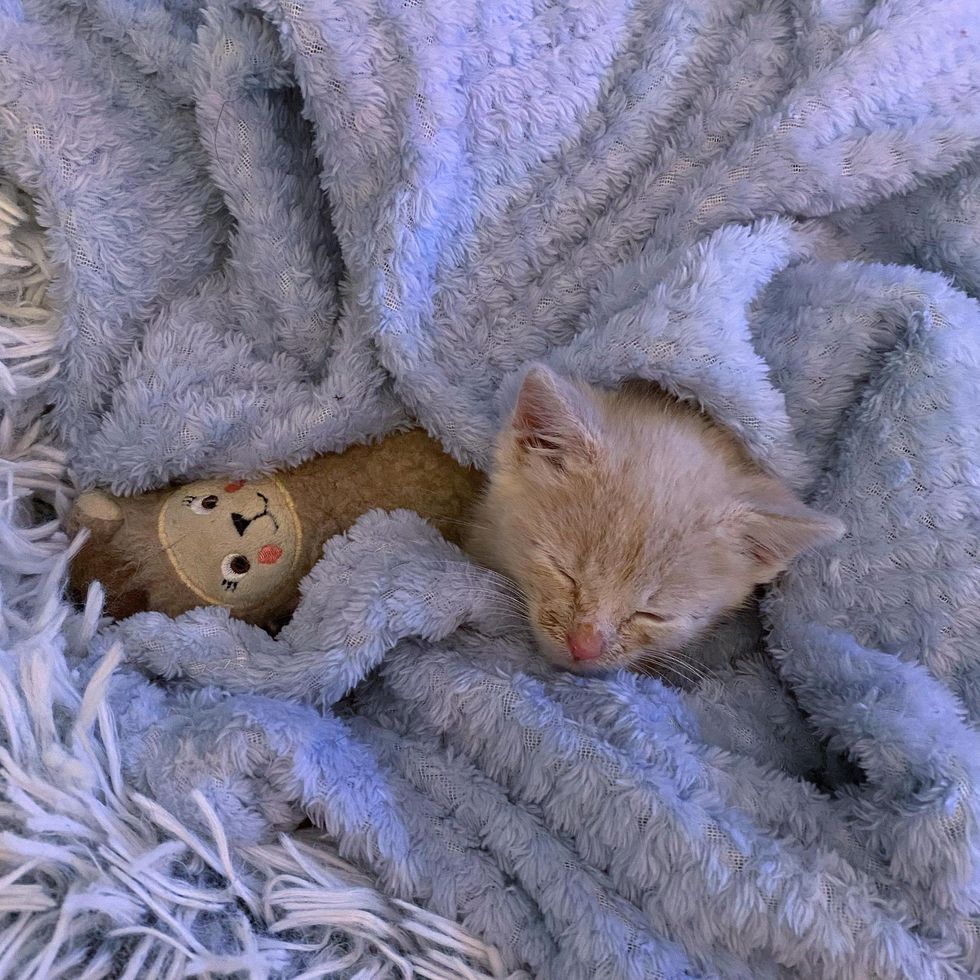 “Loom is a hugger and enjoys sleeping near his people. He follows us everywhere and when we are done taking a shower, he will sniff us for an inspection. When he looks for us, he makes the tiniest chirps.” 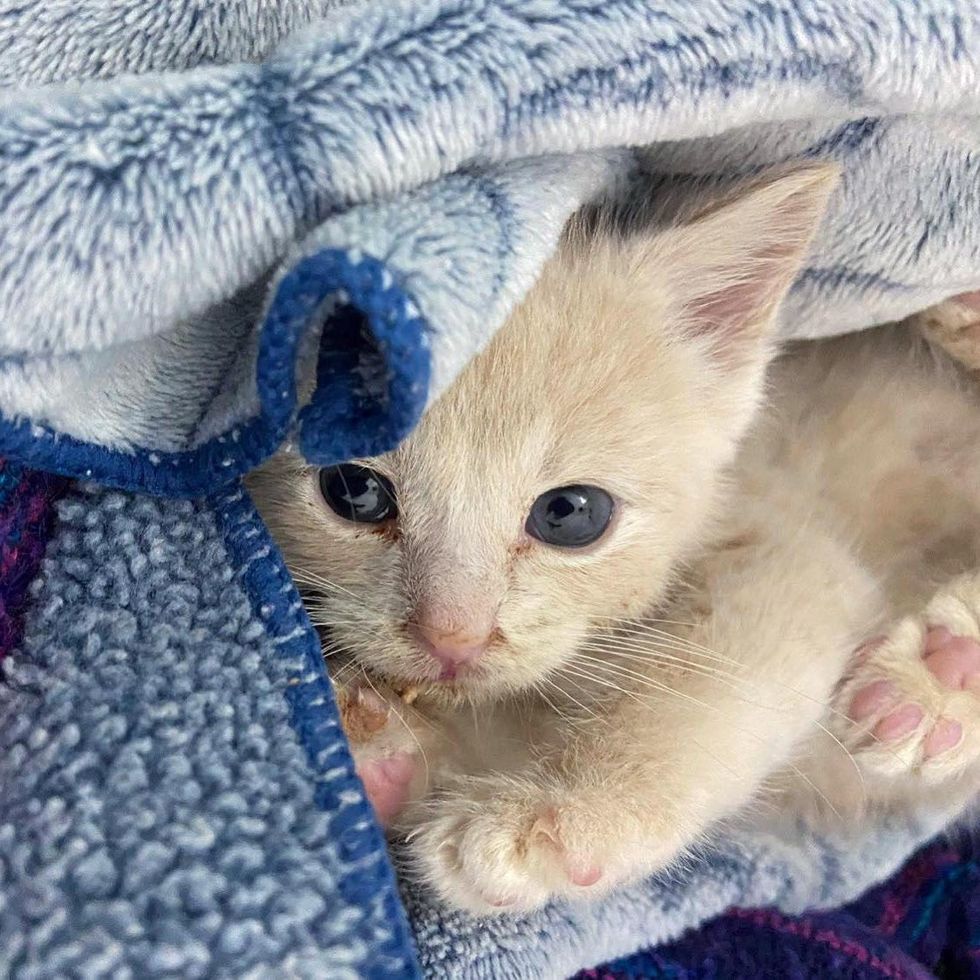 The former stray from the attic has blossomed into a happy indoor cat. He has a plushy friend to keep him company and many people that adore him to bits. 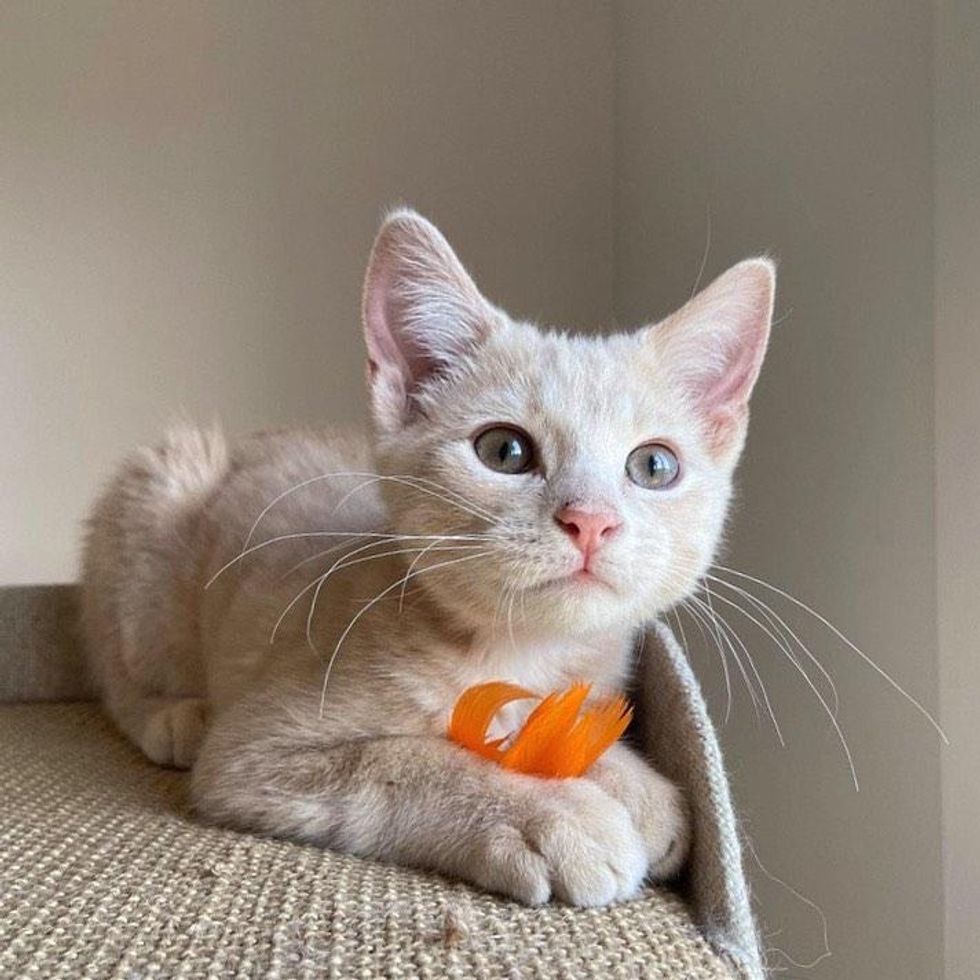 All grown up nowChatons Orphelins Montreal

Related story: Kitten Hides in a Hole in the Wall Until Kind Person Comes to Her Help, She Just Wants to be Held

The UK’s Most Pet-friendly Country in 2022