Cat Sits Outside Building in the Same Spot for Days Until Woman Comes to Him, He Turns into Instant Lap Cat

A cat sat in the same spot outside a building for days until a woman came to him. He turned into an instant lap cat.

Meagan from Puppy Kitty NYCity, a NYC based animal rescue, was notified about a cat who had been abandoned outside a building, and “sat frozen in fear” in the same spot for a few days.

When she arrived, she saw the tabby huddled against the wall, exhausted and terrified. He let out a quiet and timid meow as she slowly approached him.

Meagan reached her hand out to see if he was friendly. After an initial urge to hiss, the grimace on his face quickly morphed into contentment as he felt her hand on his back. 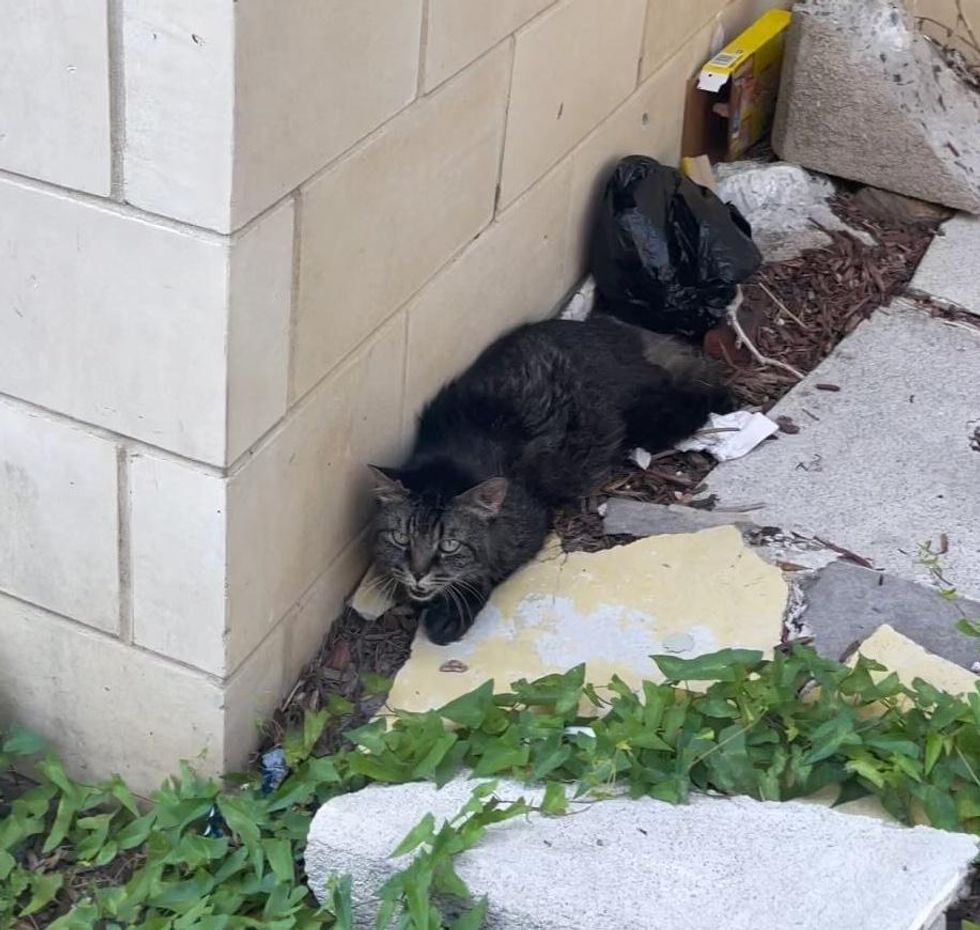 The tabby even got up from the ground and reached for more head scratches. “I feel like he realized he was safe right away,” Meagan shared with Love Meow.

Meagan gently scooped him up, placed him in a makeshift carrier and headed back to her car. All the while, the cat stayed calmly in the bag as if he was ready to leave the rough street life behind. 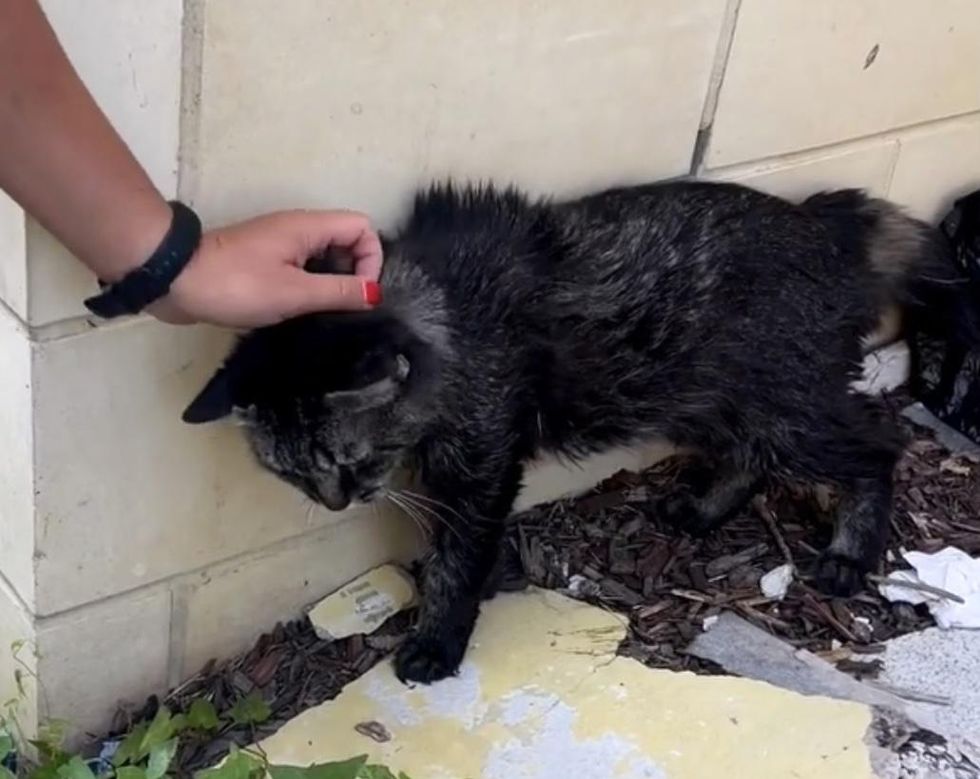 “I didn’t have a proper carrier with me at the time because I was coming home from work, so he immediately got on my lap and was head-butting everything.”

The tabby boy made his way to his rescuer, gushing with affection. He rubbed his face all over her and ended up laying his head on her lap.

It was clear from the get-go that he didn’t belong to the streets, and deserved a loving home. 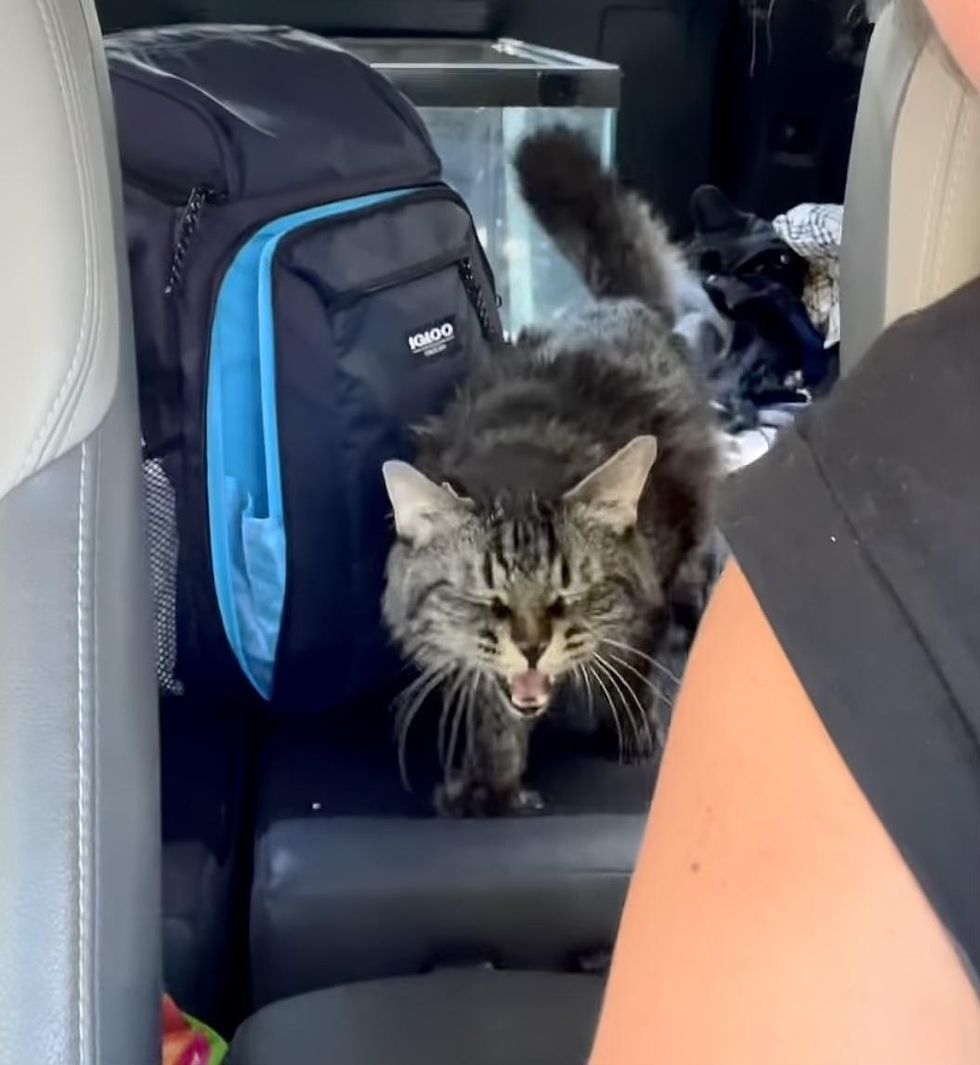 Capone was so happy to be safePuppy Kitty NYCity

The cat, named Capone, had used a few of his nine lives braving the streets. “He was a mess when I first found him, matted, skinny, and had some of the dirtiest ears I’d ever seen.”

He turned into a full-on love-bug and snuggled with Meagan throughout the ride home. 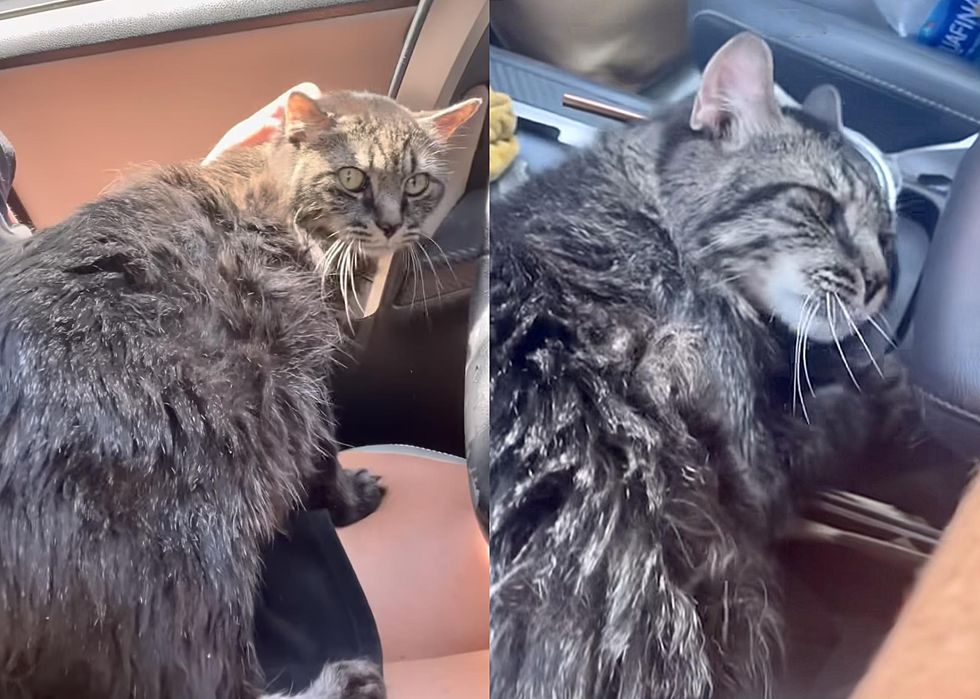 He turned into an instant lap catPuppy Kitty NYCity

Capone let Meagan shave off the knots in his coat without a fuss. He melted into mush whenever he was petted and was simply happy to have someone reassure him that he was safe.

The fear in his eyes completely vanished, and it was replaced with ease. That night, he slept soundly in a comfortable bed with a full belly, making up for lost rest. 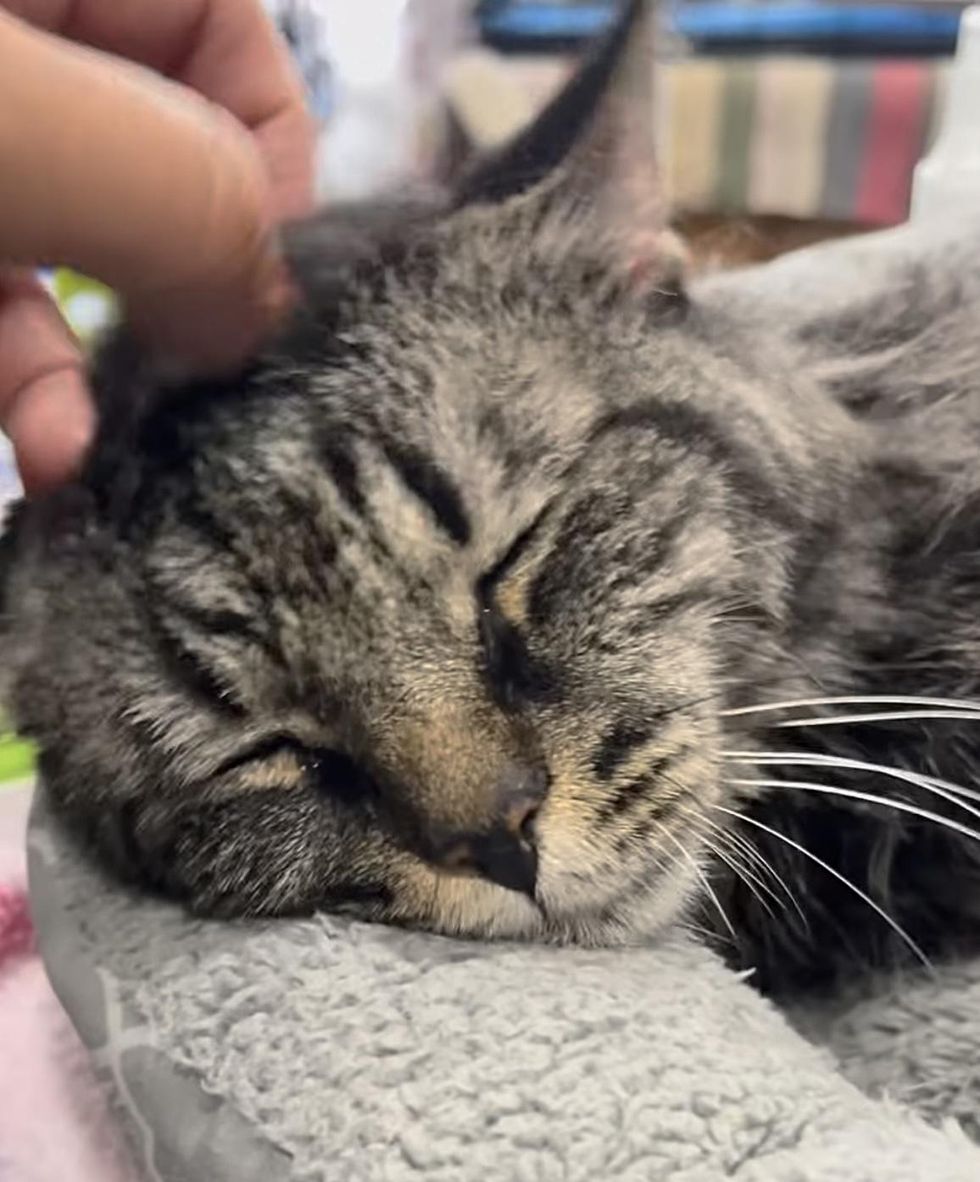 He loves all the snuggles in the worldPuppy Kitty NYCity

As soon as Capone was back in his element, he established himself as a major cuddle-bug. He craved attention from his people and enjoyed being cuddled in their arms.

With good food and plenty of TLC, he began to fill out and his coat grew back shiny and soft. Having a warm lap to sit on made him the happiest boy in the world. 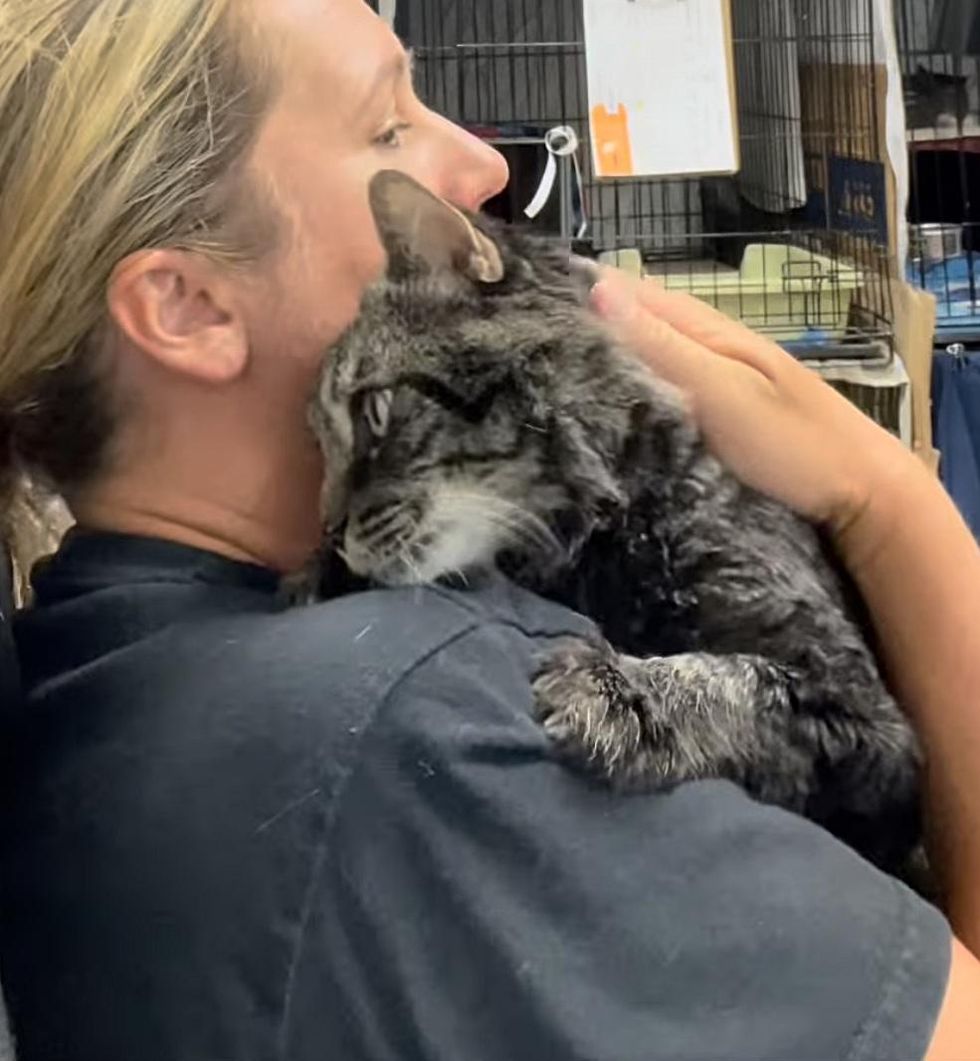 He enjoys cuddling with his peoplePuppy Kitty NYCity

“He is the sweetest ever, a loyal love-bug. He loves to watch bird TV, lay on his human’s lap, and just enjoy his indoor life,” Meagan shared with Love Meow. 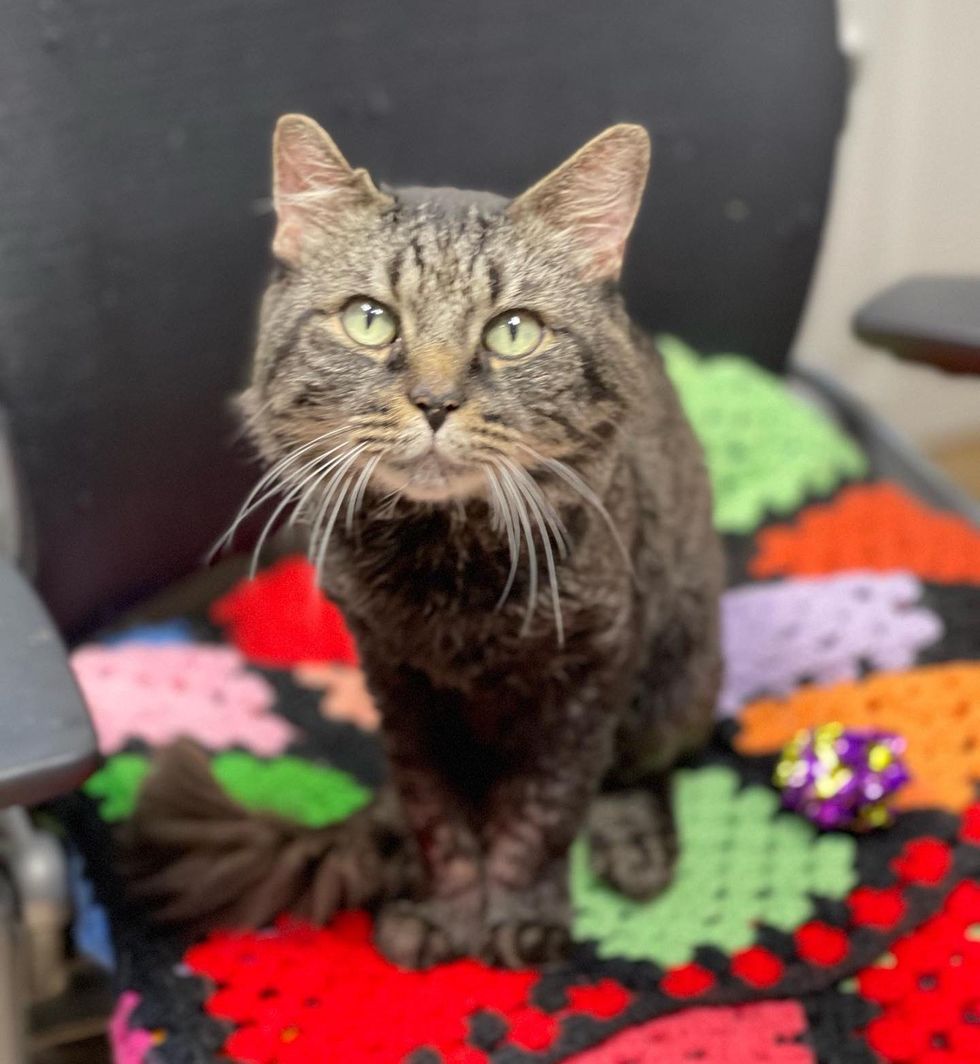 Two months since he was pulled from the streets, he has not only blossomed into a cuddly teddy bear but also he’s found the family of his dreams. 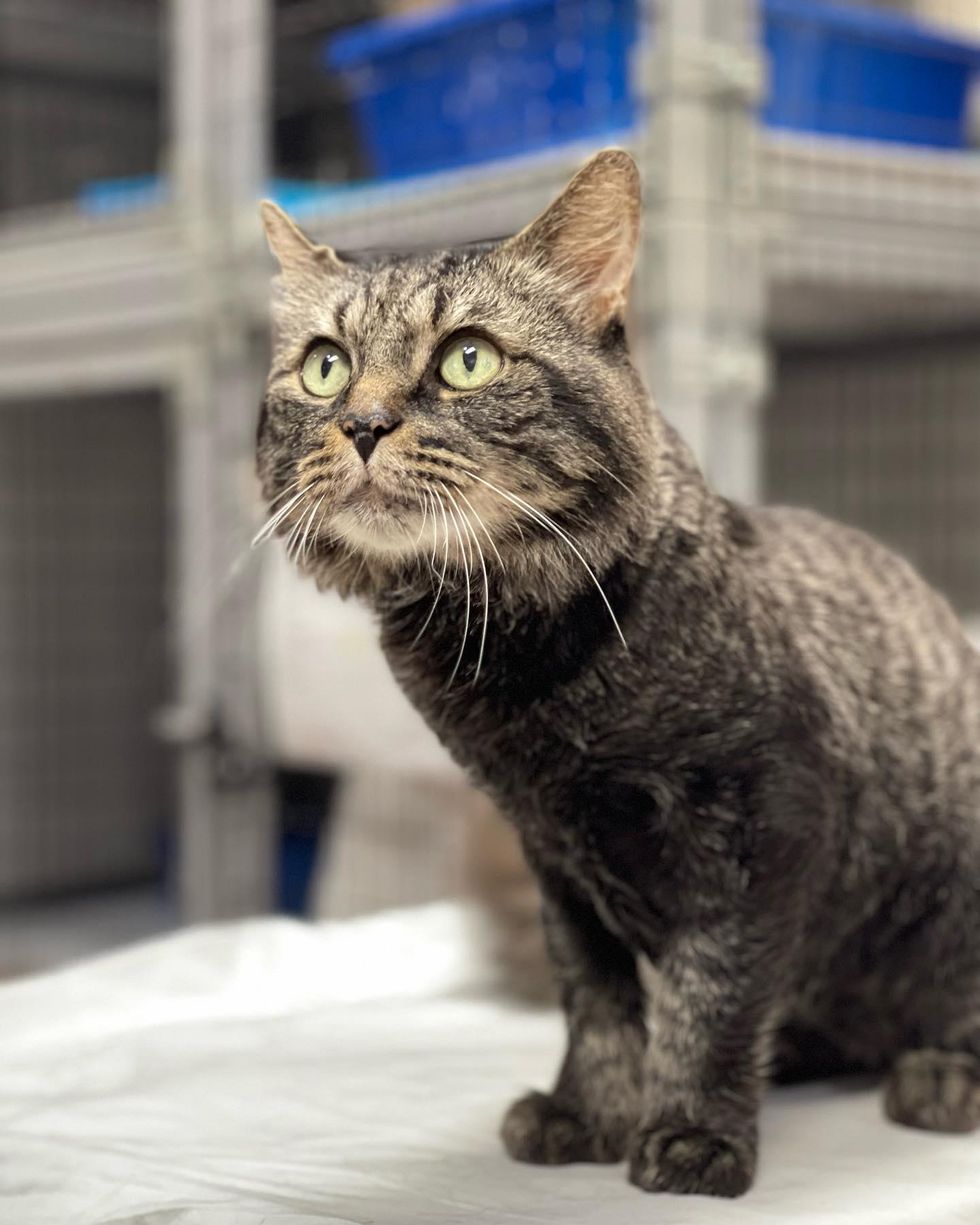 “Capone is officially adopted and has the best new home. He has made it to his happy ending,” Meagan shared.

“He was the best from day one. We couldn’t be happier for him.” 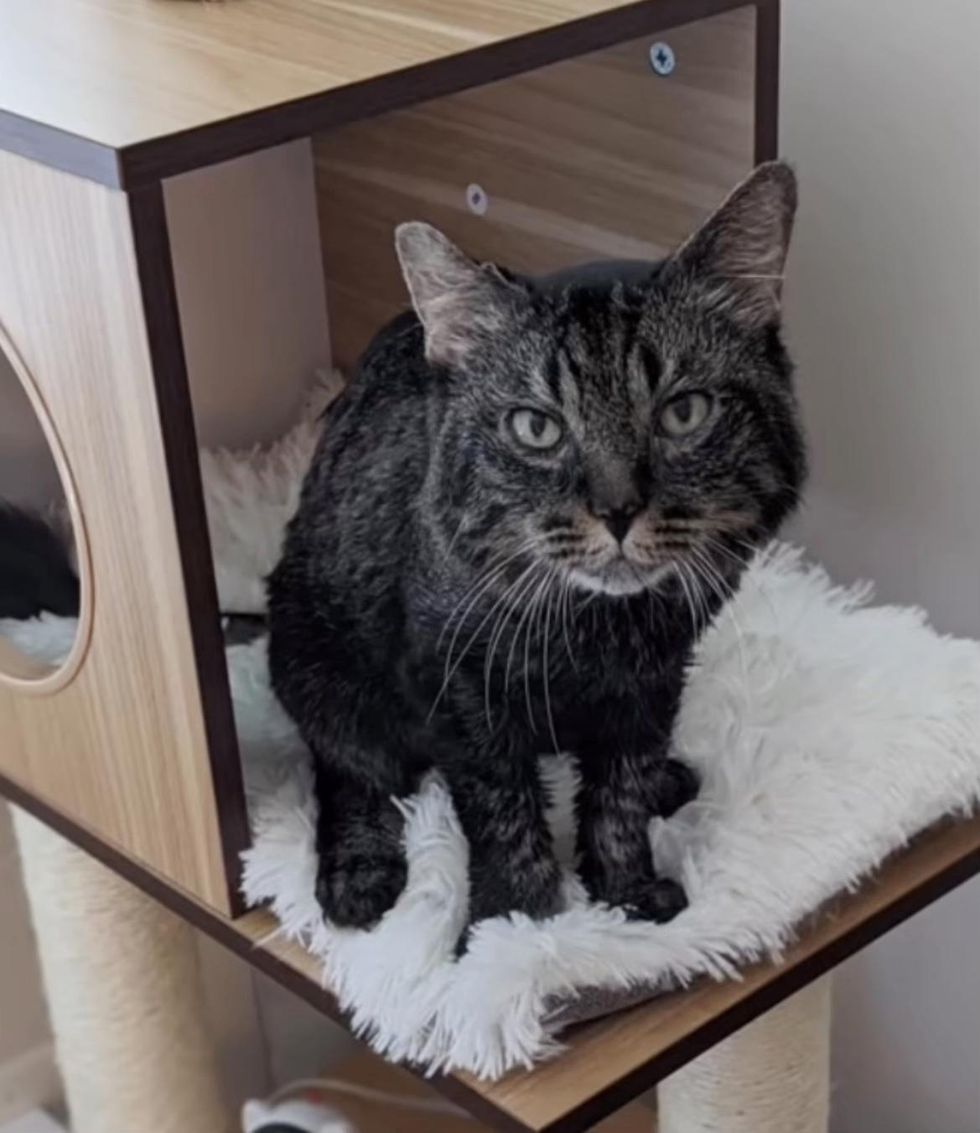 He has found his forever homePuppy Kitty NYCity

Related story: Cat Shows Up on Windowsill, Tells Family He is Ready to Leave Stray Life Behind

Why Do Cats Bring Their Prey to People?

Why Do Cats Bring Their Prey to People?

How Louis Wain Made Cats into High Art