A pair of kittens helped each other get back on their feet after they were found together without a mother.

Rosé and Merlot, two calico sisters, were brought into an animal shelter in North Carolina, in need of rescue. They were the remaining two of their litter that had survived without a mother caring for them.

The kittens desperately needed round-the-clock feeding and plenty of TLC. Shelter staff reached out to the rescue community and sought help for them right away.

“We were contacted about them immediately. They were cold, and the rescue coordinator knew we had an incubator. We hurried to pick them up,” Sarah Kelly, founder of Murphy’s Law Animal Rescue, told Love Meow. 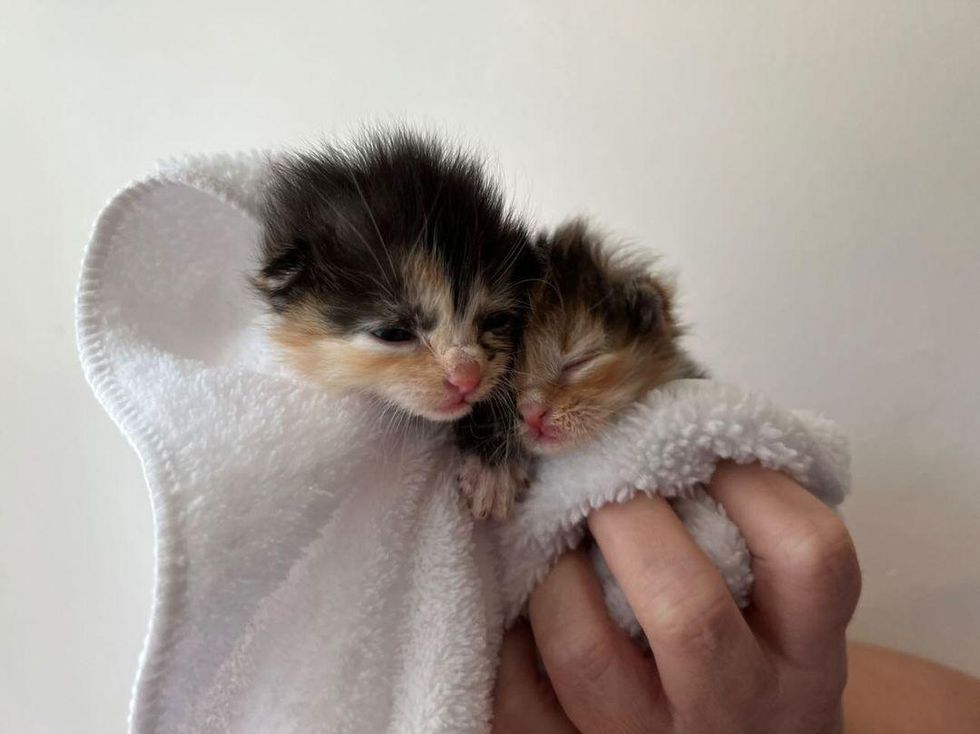 The kittens were frail and quiet, and their body temperatures were low upon arrival. After getting them into the incubator, they began to stabilize. When Merlot perked up, Rosé continued to rest as her tiny body needed extra time to heal.

Over the next few days, the calicos were hand-reared every couple of hours, and Rosé had to be assisted through tube-feeding. Each day, she made steady gains and her appetite slowly increased. 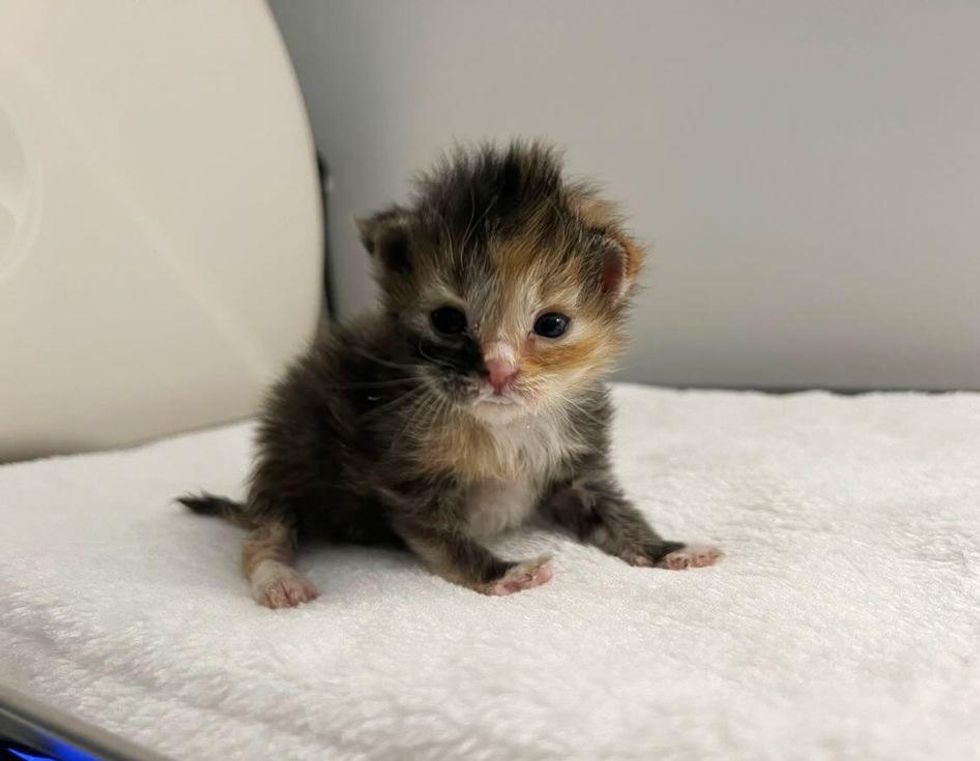 Rosé was the smaller of the twoMurphy’s Law Animal Rescue

Merlot was never far from her sister as her main source of comfort. She was right next to her when Rosé was strong enough to latch and eat on her own. “She finally pulled through and began to thrive.”

As soon as the two sisters turned a corner, they discovered their voices and put them to use right away. 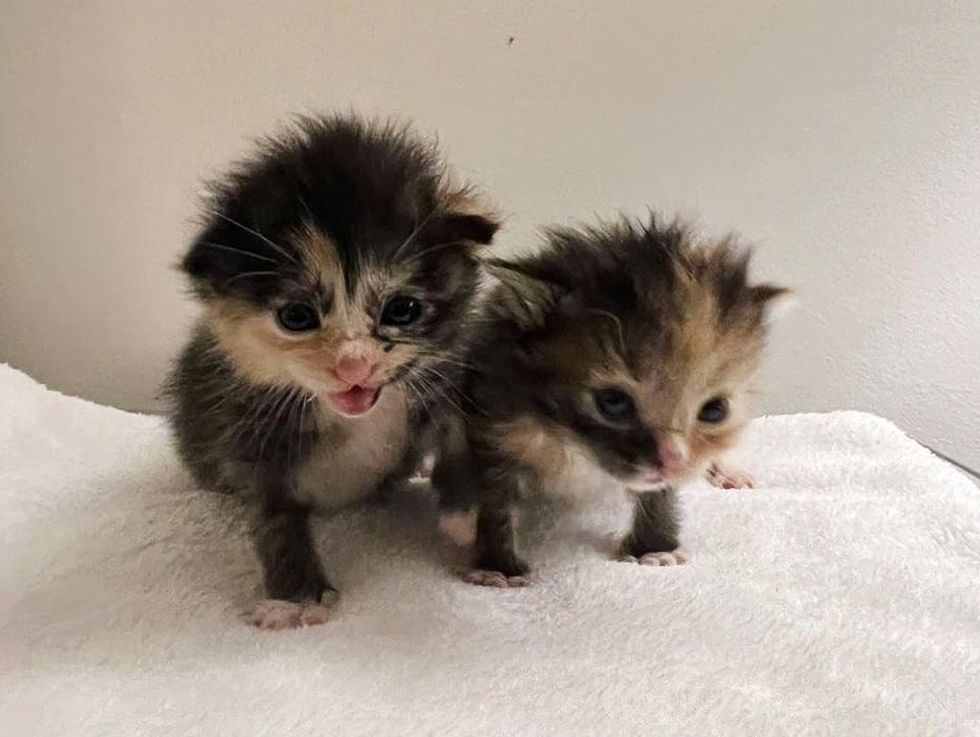 They began to scream at the top of their lungs at mealtime as if food service was never fast enough. “They haven’t been quiet since, especially Rosé. She is a talkative lady,” Sarah shared with Love Meow.

The kittens showered each other with snuggles from the start. If one of them started meowing, the other echoed and joined in for a duet. 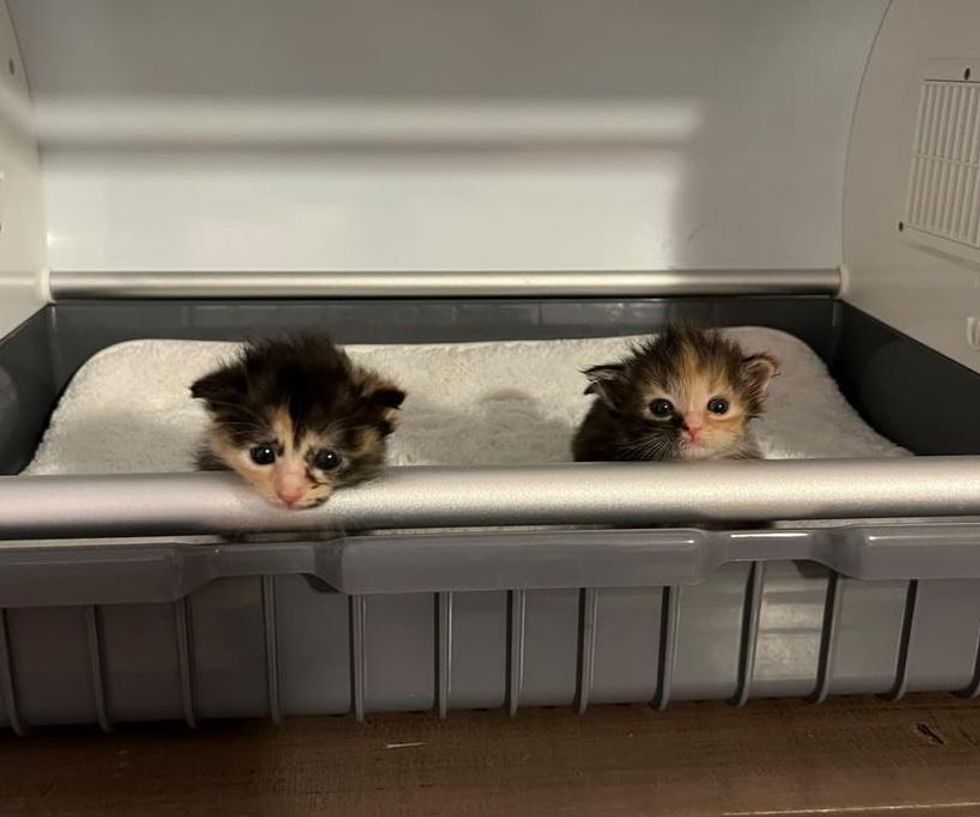 They explored and waddled around their nest together, supervised their foster mom as she prepared their bottles, and curled up next to one another as they drifted off to sleep.

Once they graduated from the incubator, their personalities quickly emerged. 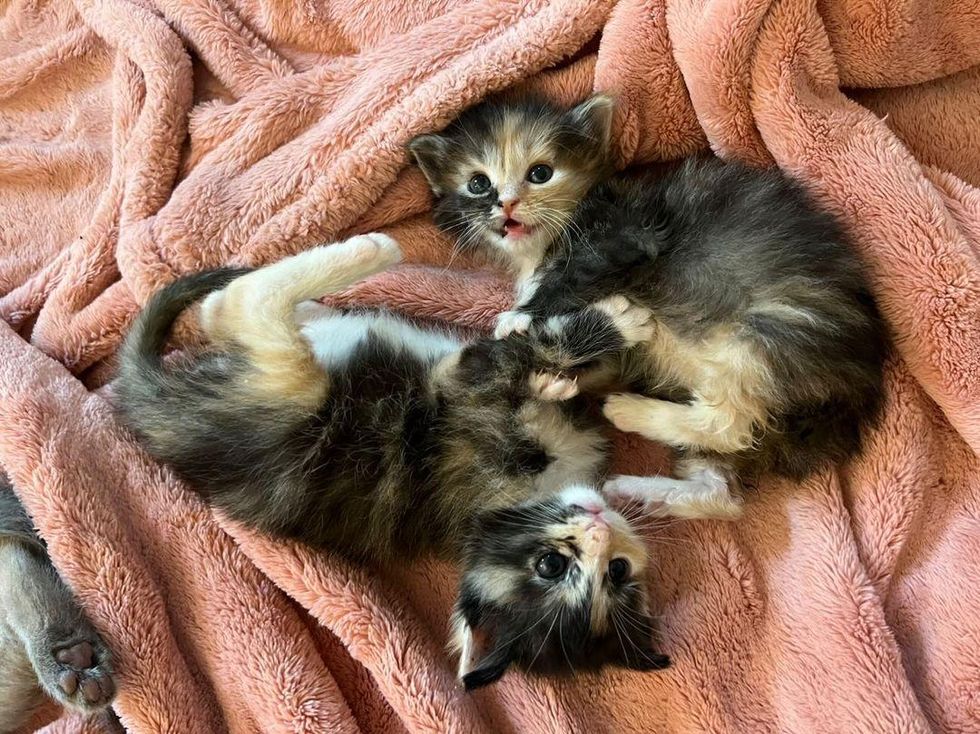 They were thrilled to have a spacious playpen to tear through and an abundance of toys to tumble with. They would venture into new territories as a duo and egg each other on when they planned their next antic. 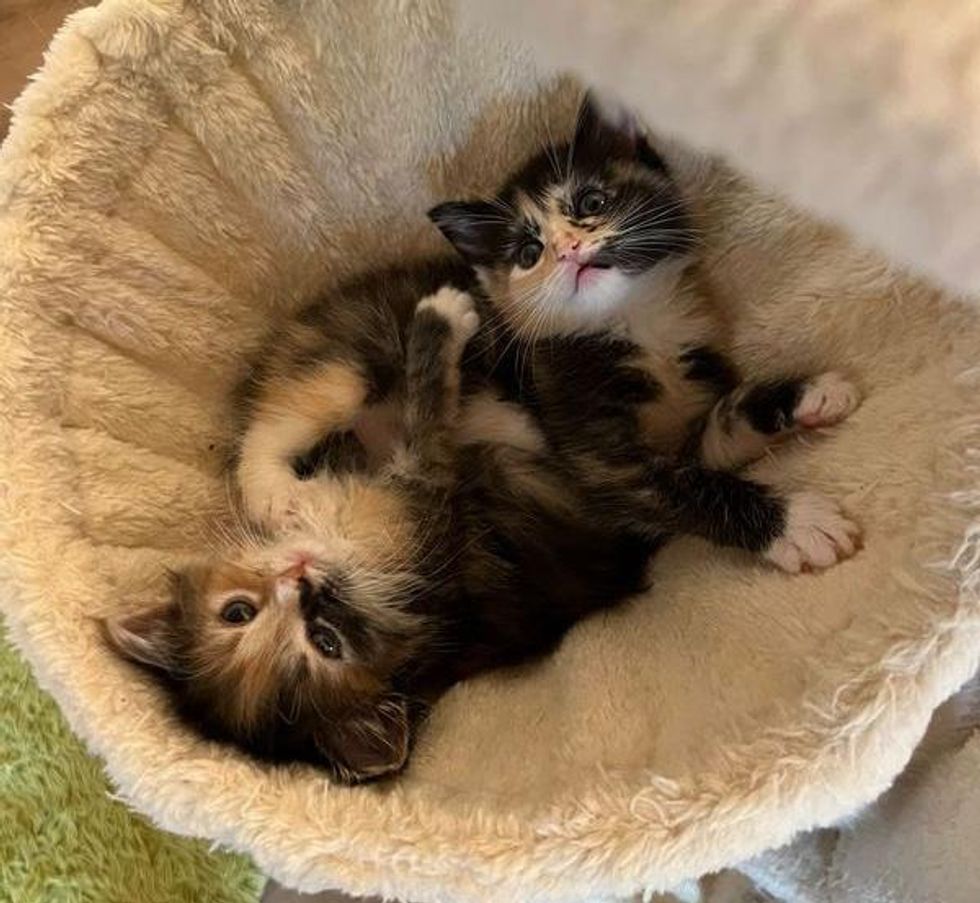 They have since befriended other foster kittens and found their favorite spots on a cat tree. They always share a hammock, bed or blanket.

Despite being the smallest pair in the clowder, they act as if they were triple in size, packed full of sass and cattitude. 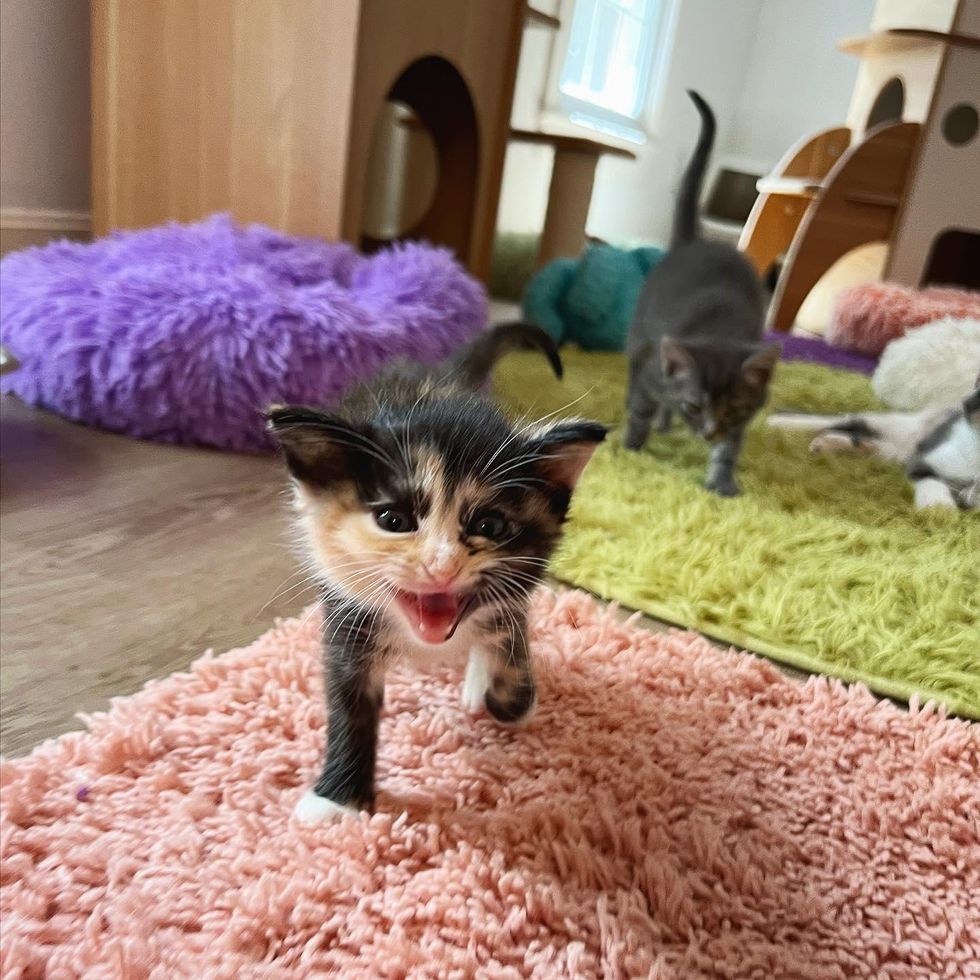 “These girls are so fun. Merlot is a little love-bug. She is obsessed with snuggles and attention. Rosé now loves her bottle and likes to wrestle with her sister. She is the feisty one.”

Rosé may be tinier but what she lacks in size, she makes up for in personality. 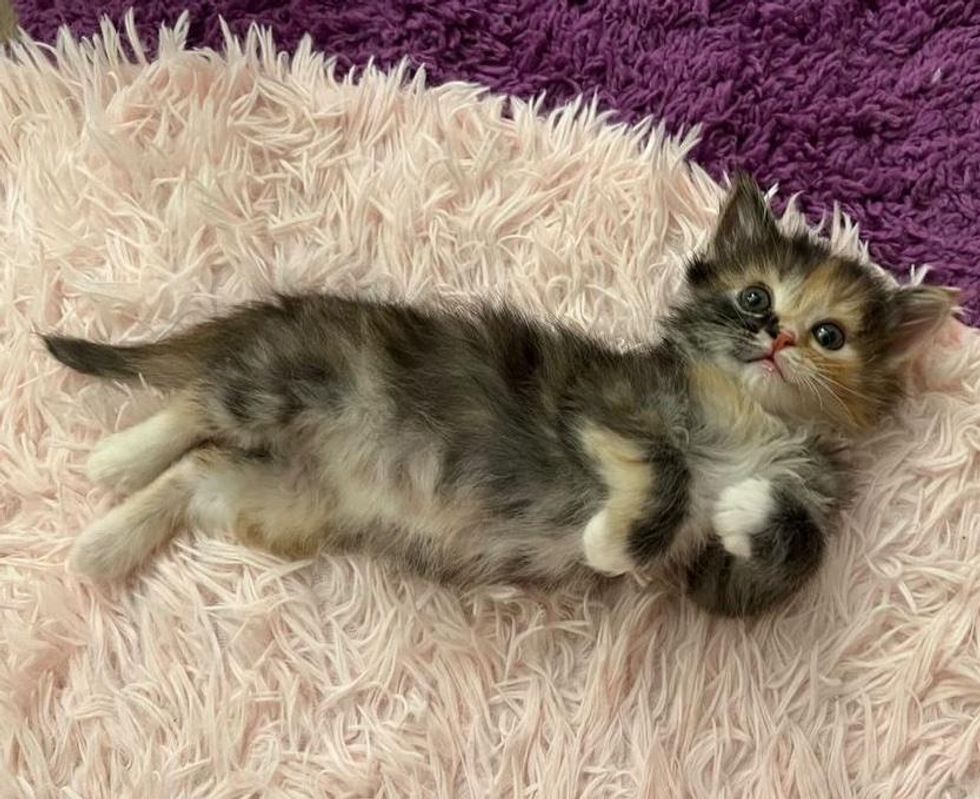 After a rough start, the two calicos have since flourished into playful, happy young cats, and will soon be ready to find a place of their own. 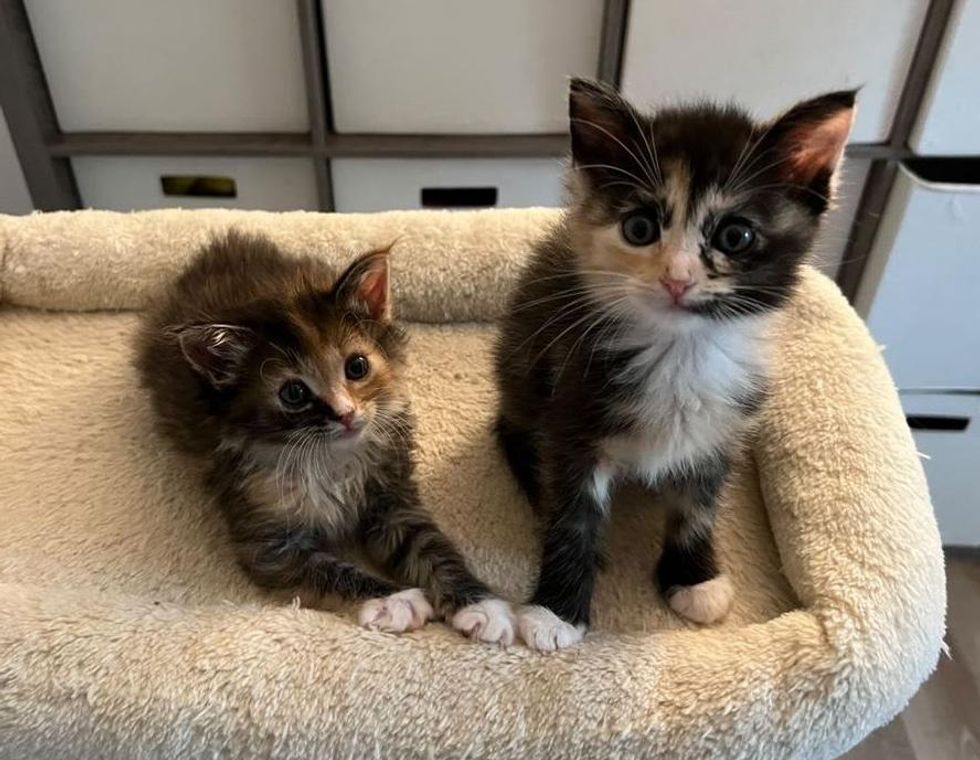 Related story: Orange Kitten Hops the Fence to Join Litter of Smaller Kittens and Decides to Help Raise Them

Pet-Friendly Housing: How can we Keep People and Pets Together?

Why Do Cats Knead and Bite Blankets? (2022) 5 Reasons I Discerning Cat

Why Do Cats Knead and Bite Blankets? (2022) 5 Reasons I Discerning Cat

The Little Things That Bring Your Cat Joy