Two kittens went from being spotted at a construction site to having their own Christmas tree and living the dream.

Two 3-week-old kittens were found at a construction site without a mother or other cats in sight. They were then brought into a vet clinic, needing rescue.

Volunteers of AnimalLuvr’s Dream Rescue rushed to save them. No more outdoor life for the pair as they moved into their foster home together. They latched onto their first bottle and started eating like champs.

“They seemed very happy and content with their setup and were constantly purring,” Nadija, their foster mom, shared. 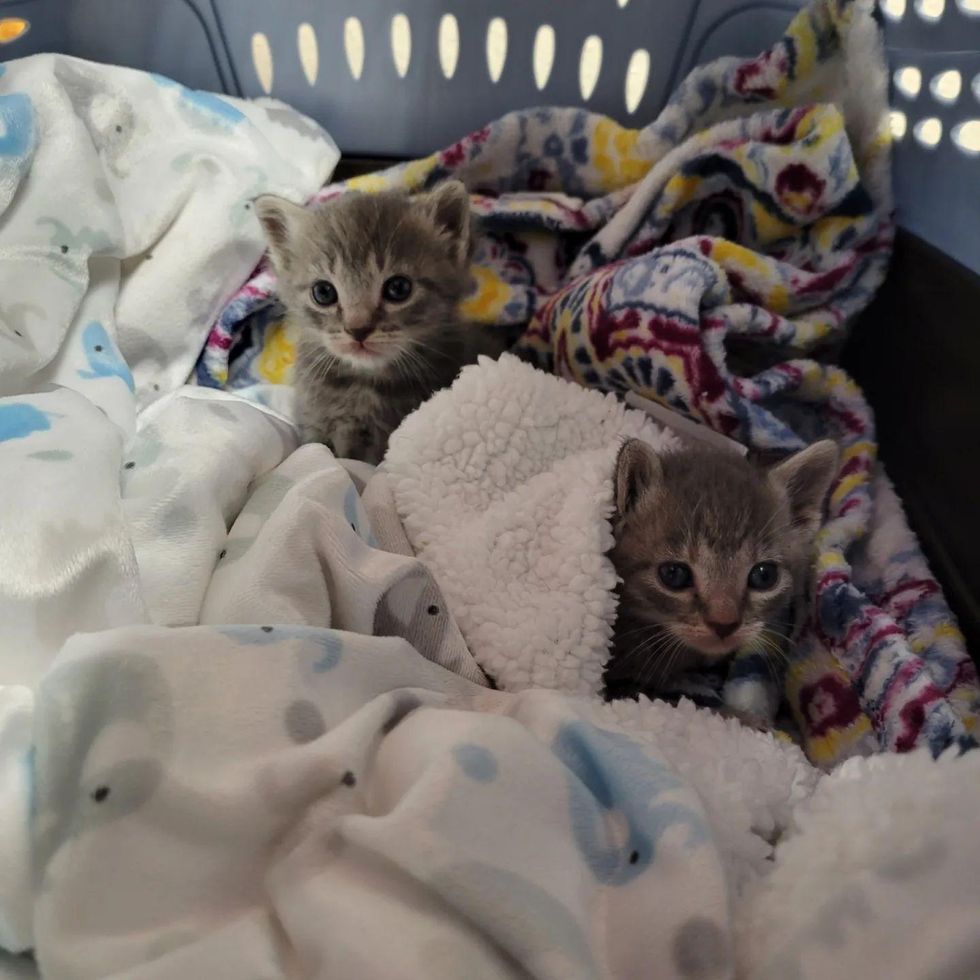 The two were found at a construction site without a mother in sightNadija @tiny.paws.fosters

It didn’t take long for Nadija to notice just how bonded they were. The two were often seen wrapping their arms around each other during nap time.

After about a week in foster care, the kittens graduated into their upgraded new digs and immediately started climbing a cat tree and honing their zoomie skills. 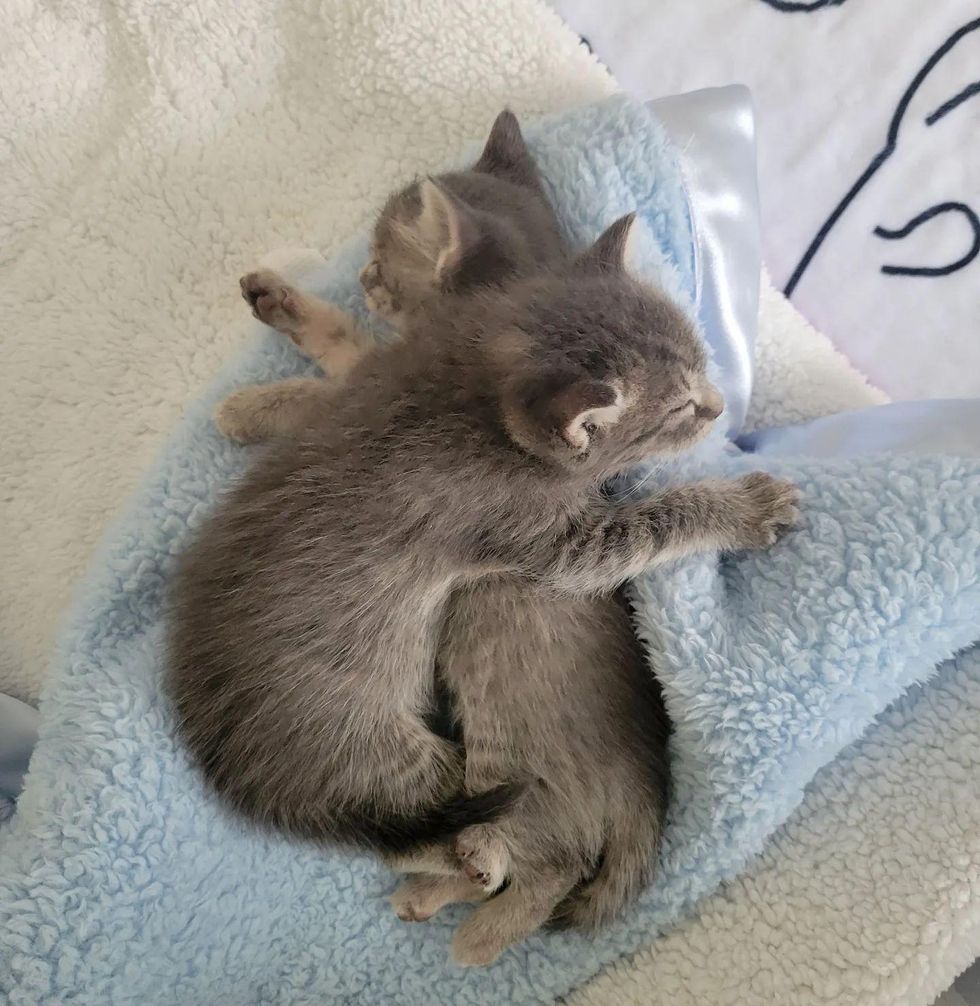 The sisters ventured around their new space as a duo and fed off each other’s energy.

“They were climbing the hand-me-down kitty tower, even though they still needed help getting down, and were starting to play and tumble around more.” 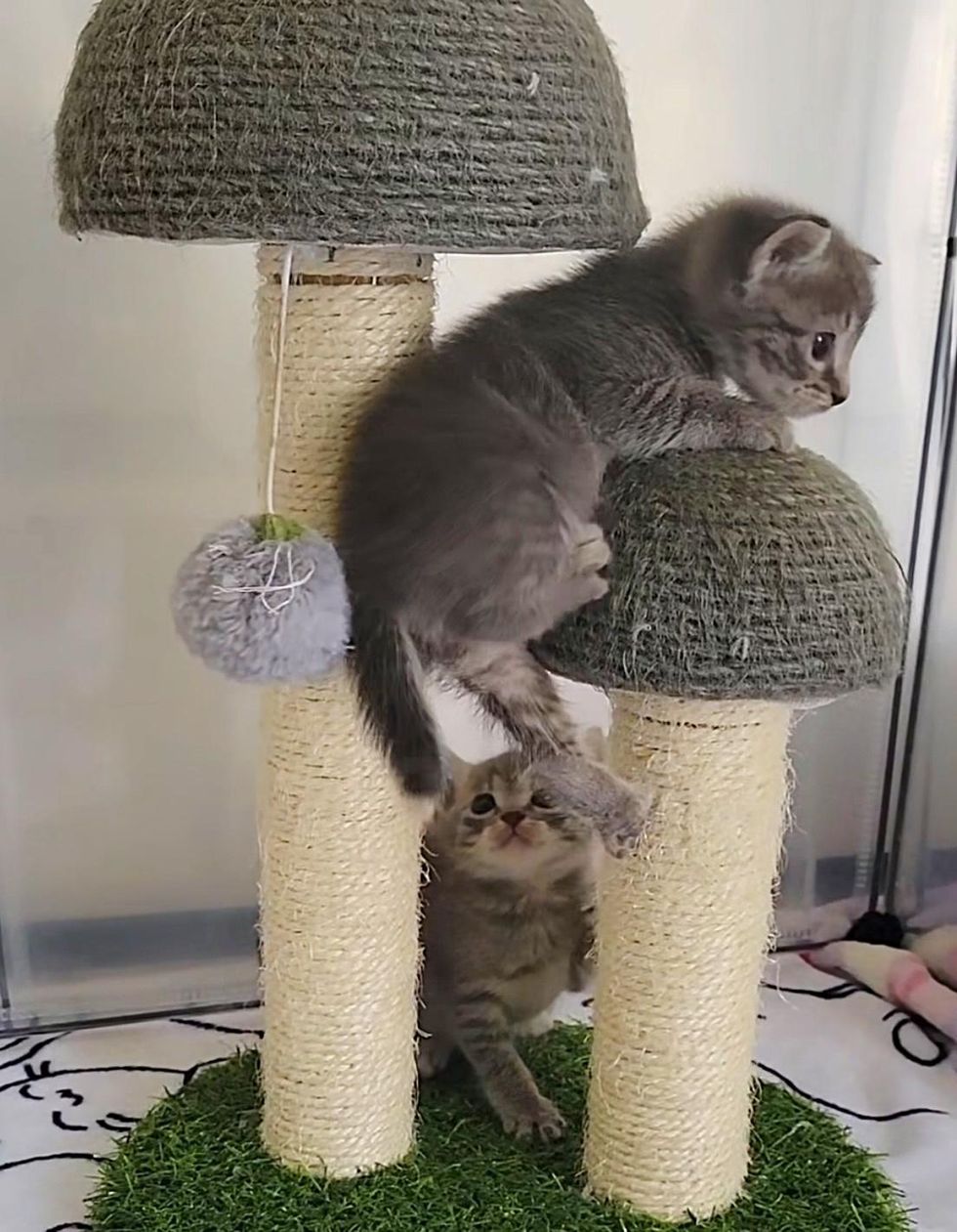 Nadija nursed the kittens back to health through round-the-clock care, and saw them grow and thrive.

The two were lovingly named Holly and Noelle, and they began eating from a dish on their own. “They were eating their wet food well, and even used their litter box overnight and had lots of energy to play.” 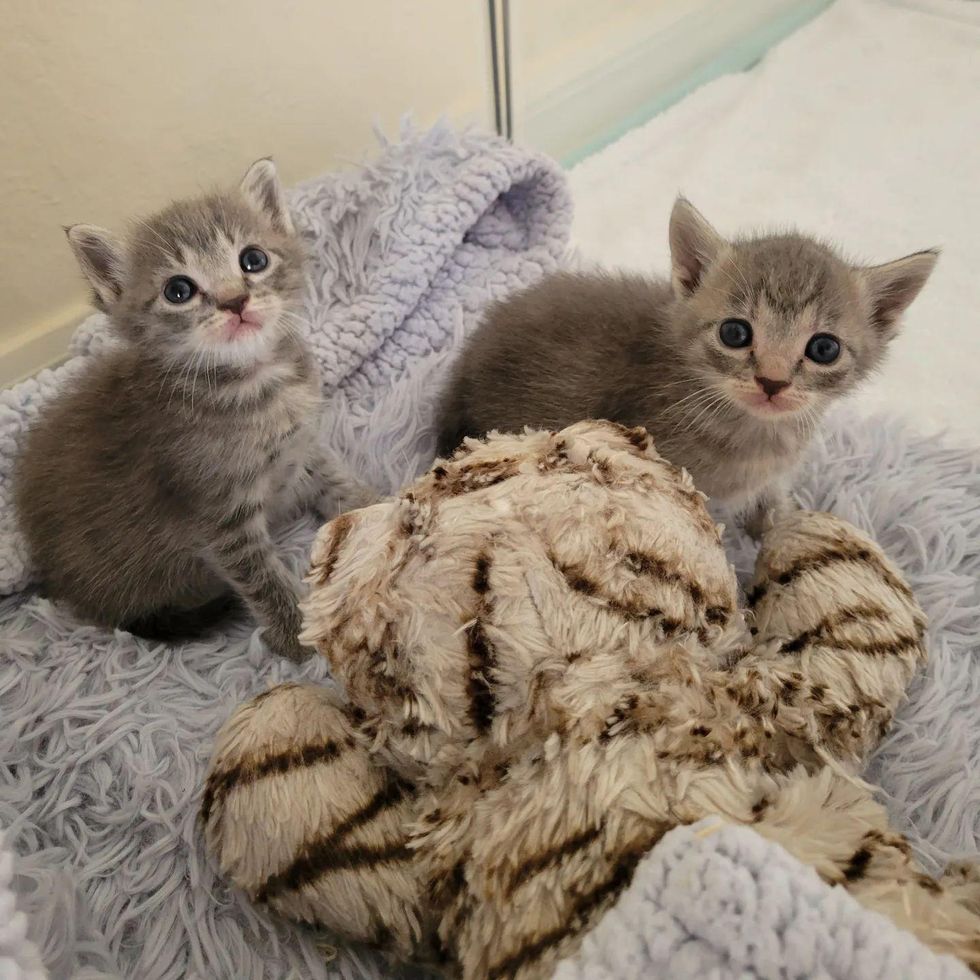 Holly became a busy body and would bounce around the house and explore every nook and cranny. Noelle was smaller than her sister with lighter grey fur.

“She is all about being near me, in my lap asking for me to pick her up. Noelle is a people-cat through and through,” Nadija shared. 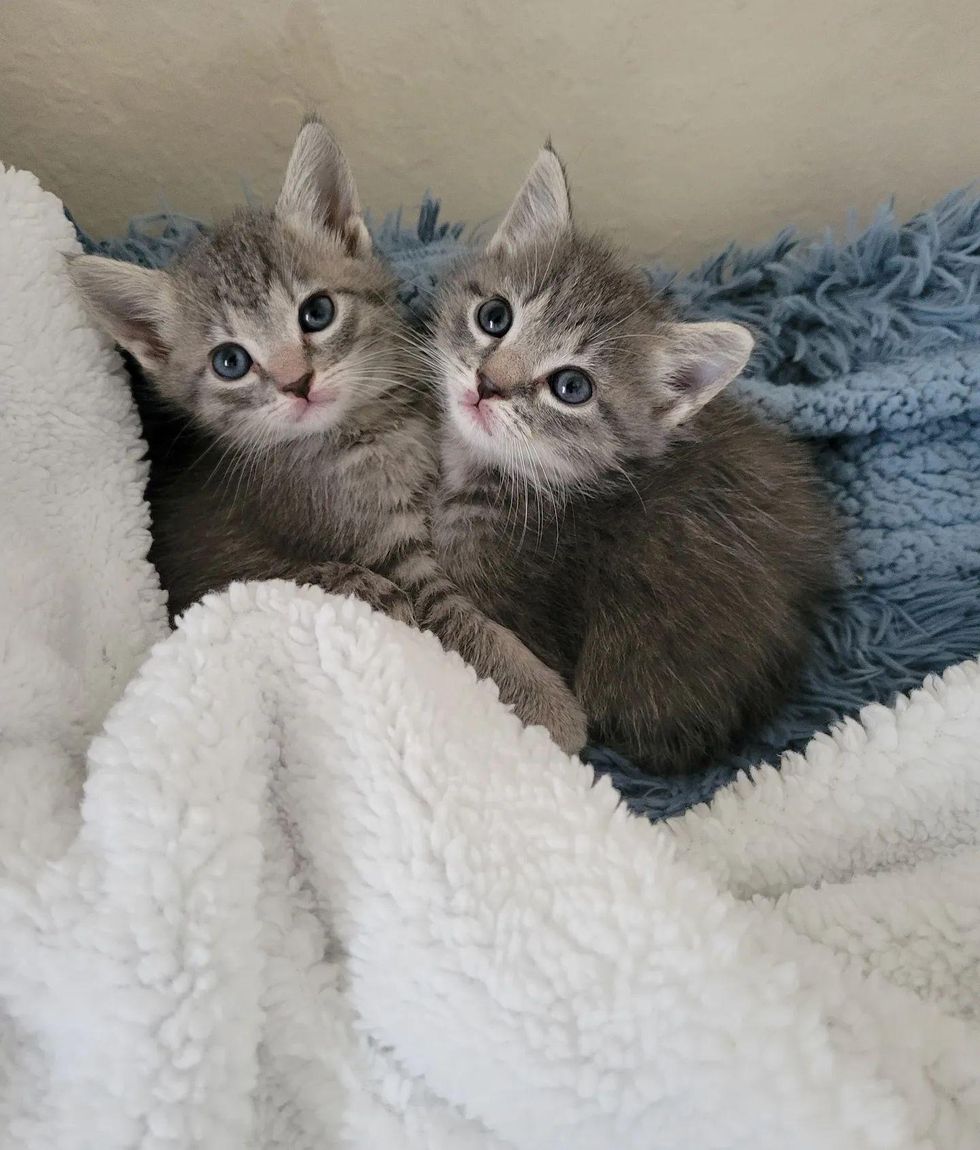 While they practiced their prowess at five weeks old, their personalities started to develop.

“They love to be wherever I am and will meow if they can’t find me. They have been exploring the house more and more every day and have now made it all the way to the other side of the house.” 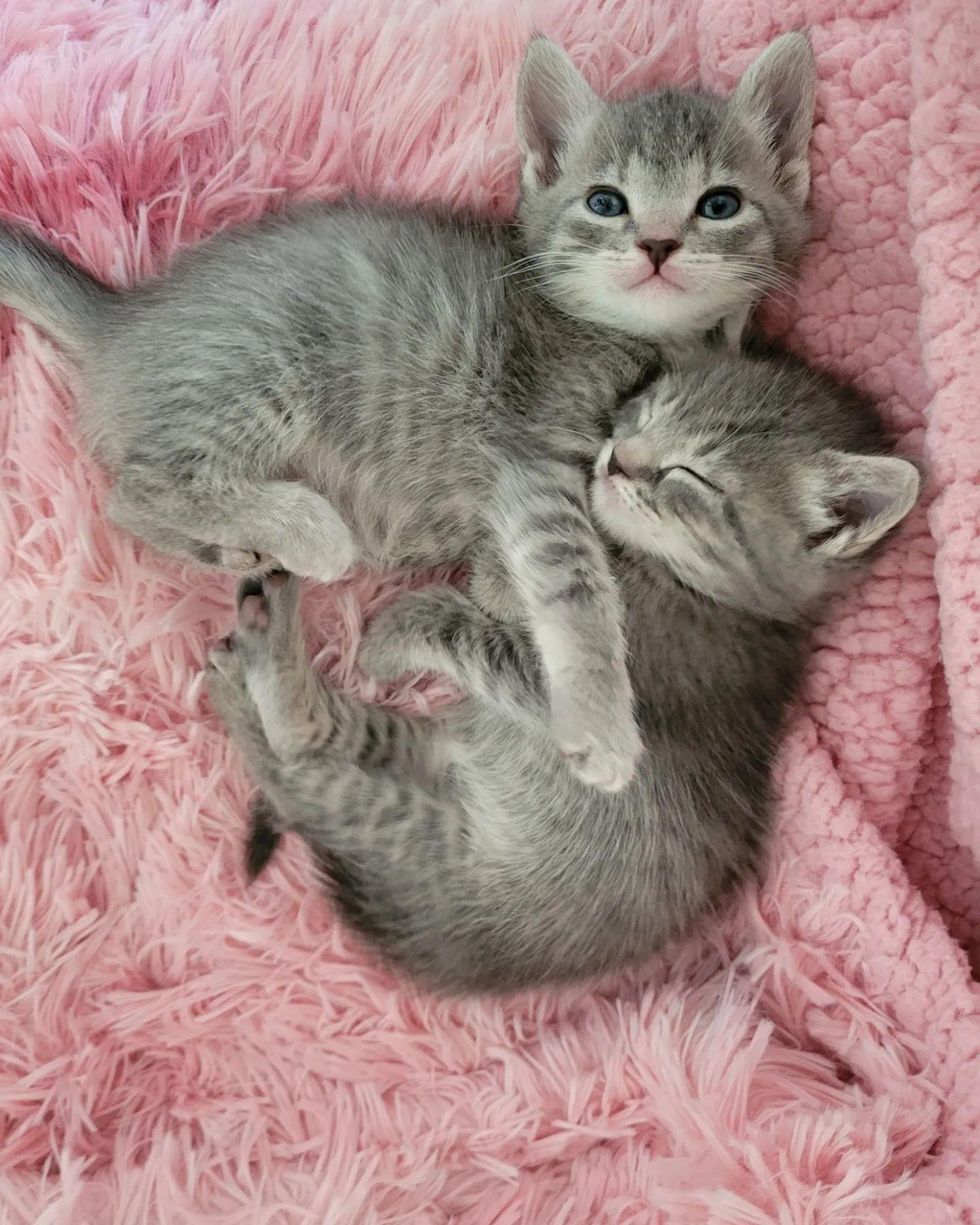 “In the blink of an eye, these two started to look like mini cats.”

Holly and Noelle are having their first holiday season and already obsessed with their Christmas tree. Holly is constantly on the lookout for trouble, while Noelle just wants to curl up and cuddle. 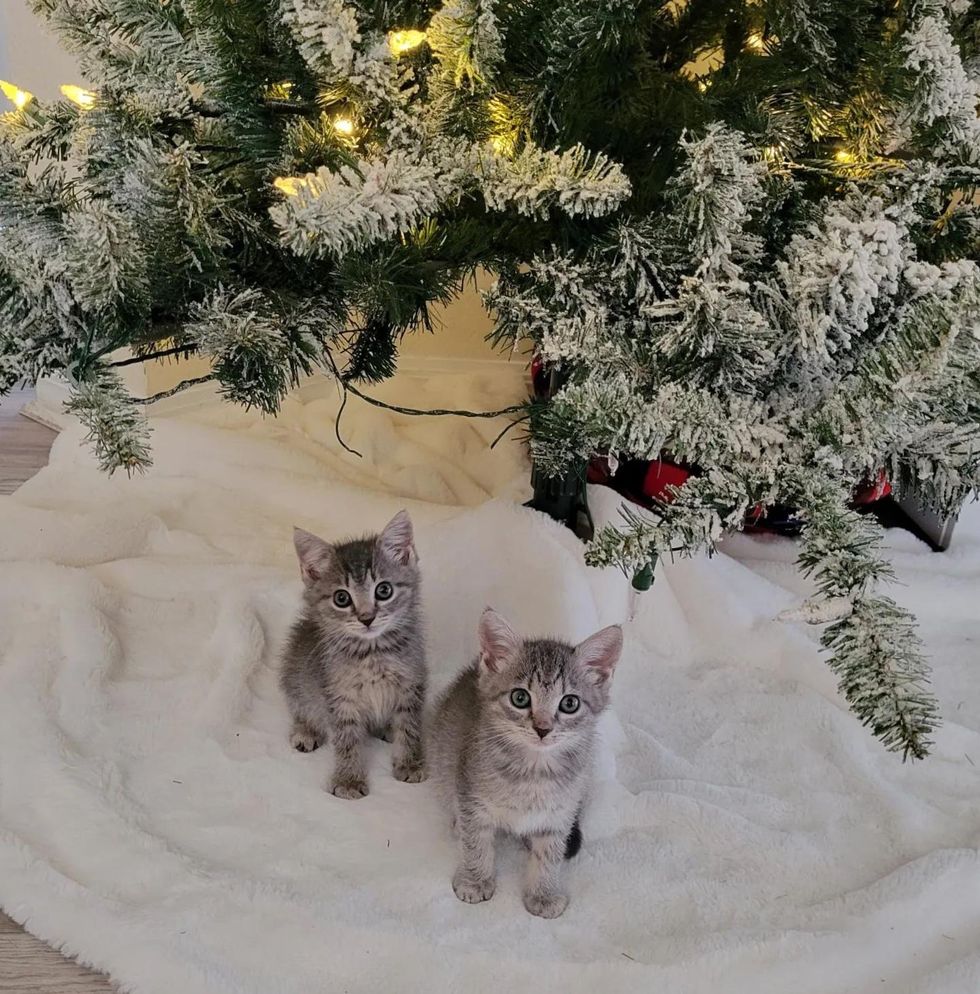 “Holly really wanted to play, but Noelle had other plans. All the purring and snuggles finally put Holly to sleep, too.”

Noelle loves to be up close and personal with her people, and Holly is adventurous, boisterous, and always on the move. 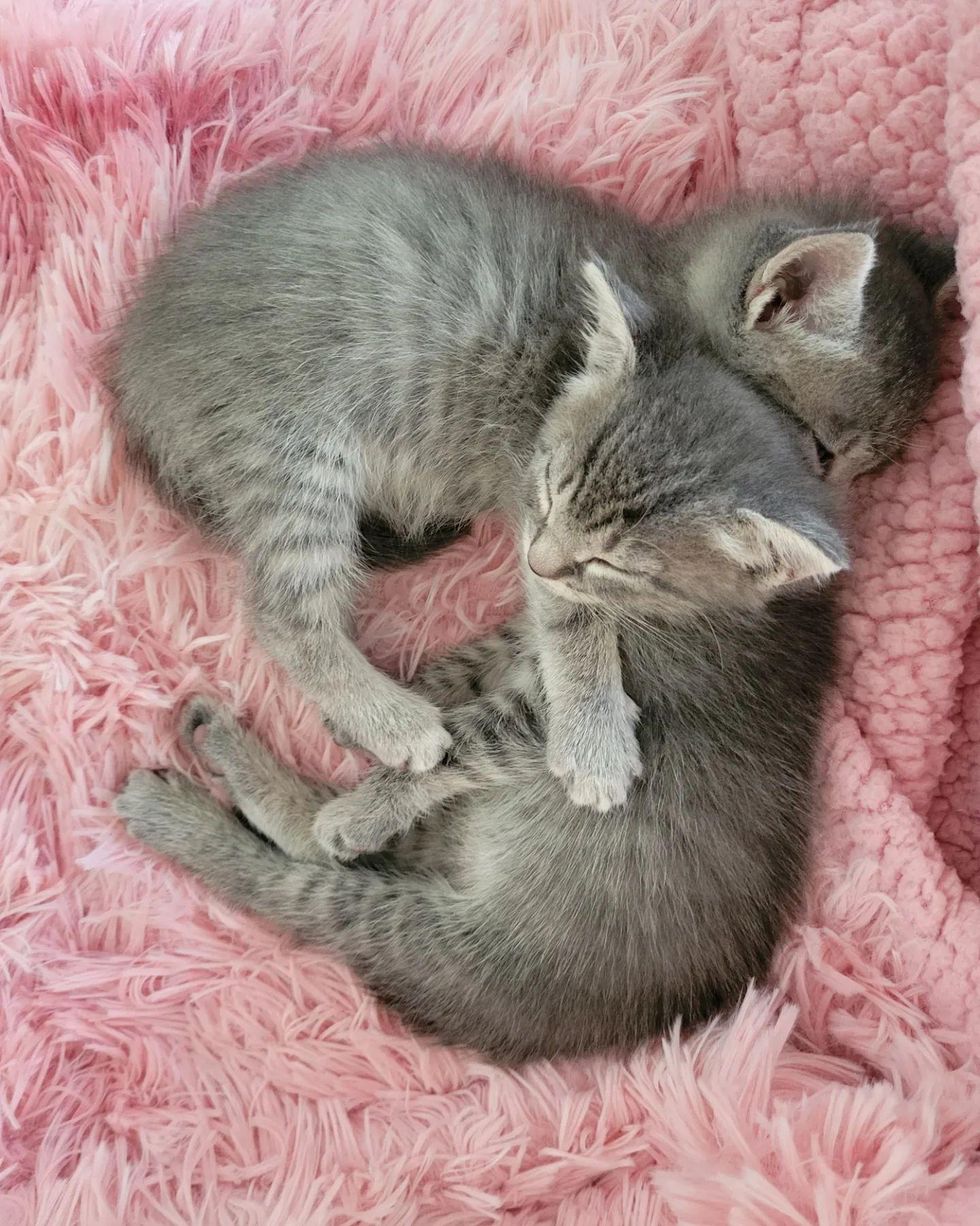 The pair are equipped with purr motors that don’t seem to ever stop running. They do everything together, follow their foster mom around the house, and adore being held and smooched.

Now at around nine weeks old, they are ready for their next chapter in life. 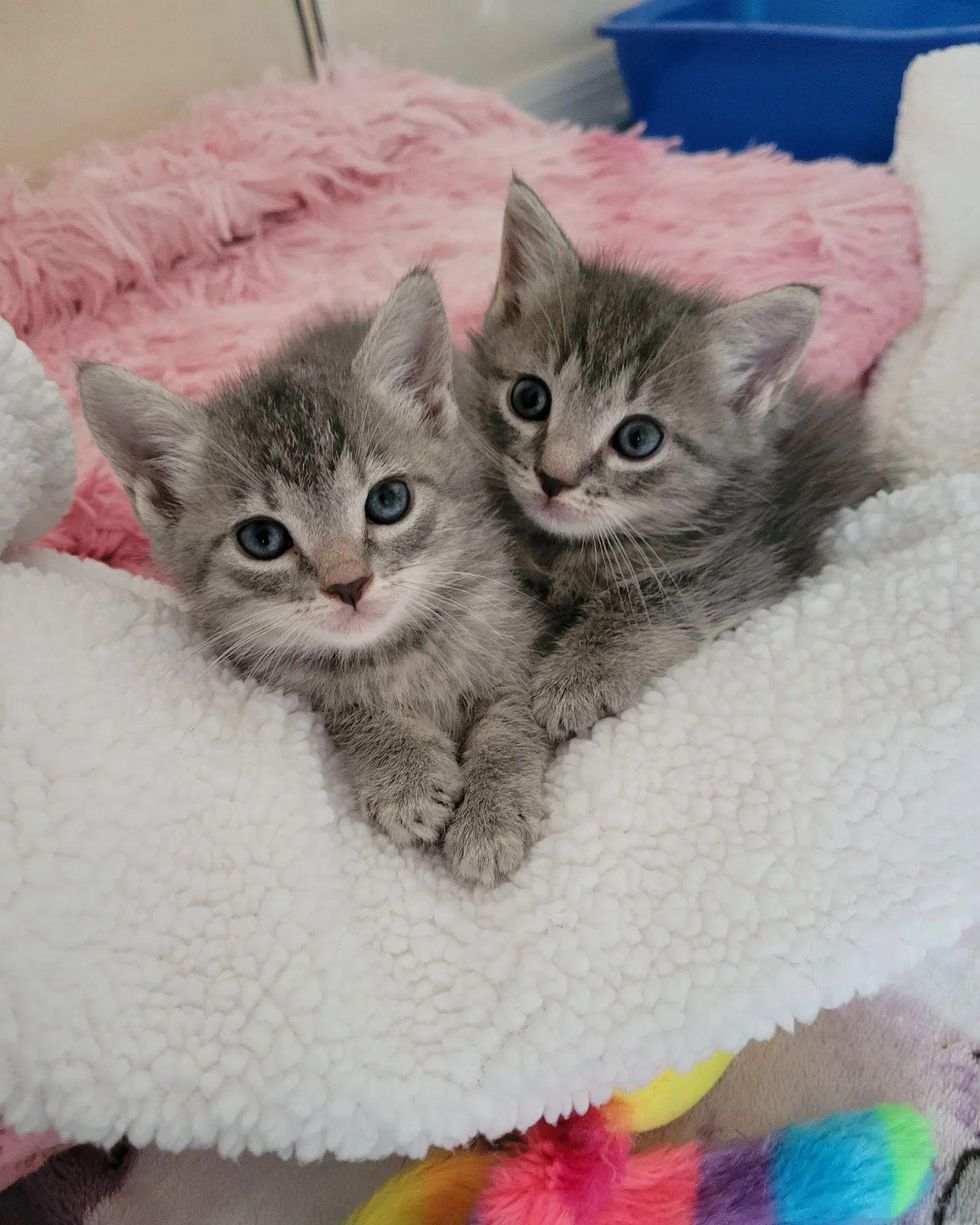 Holly and Noelle are loving this Christmas with their foster family and hope that someday they will find a place of their own, together. 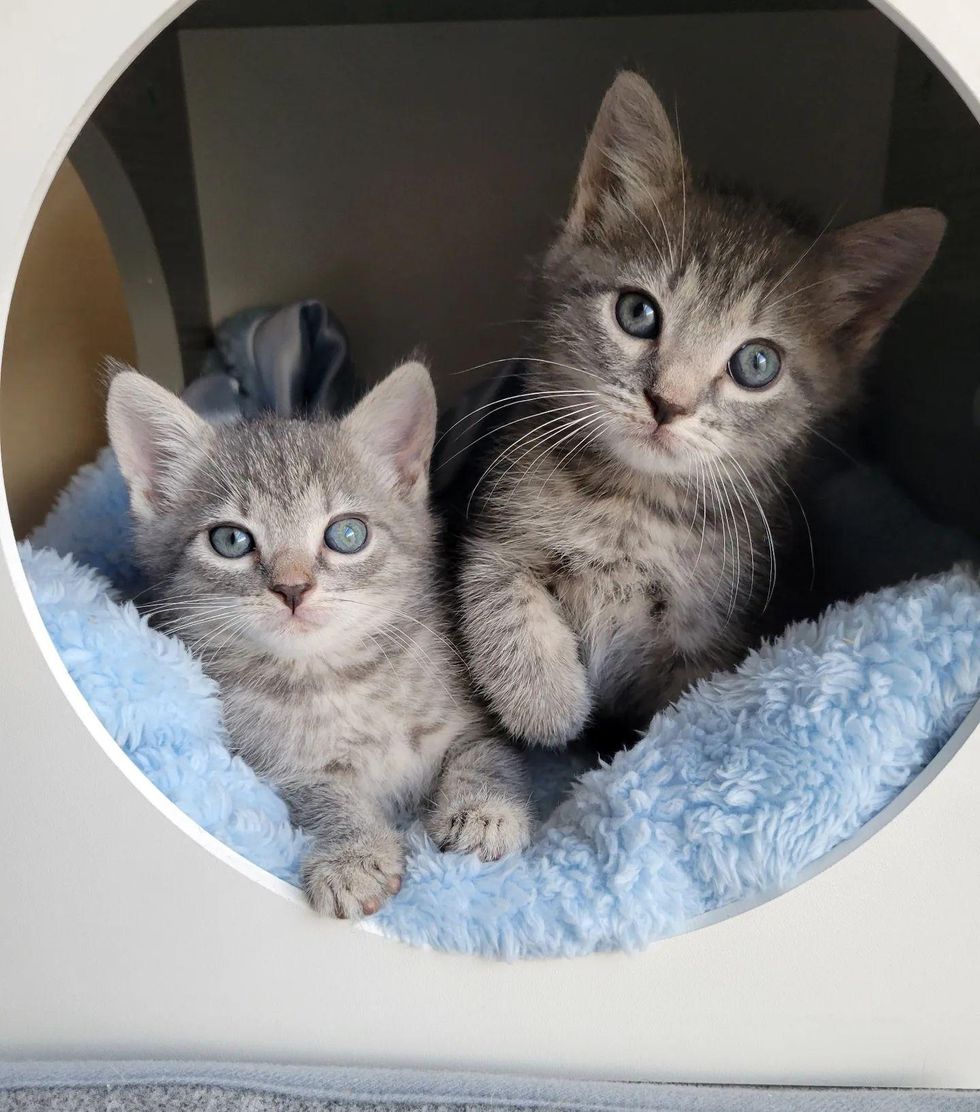 Share this story with your friends. More on Holly and Noelle and Nadija’s fosters on Instagram @tiny.paws.fosters. and AnimalLuvr’s Dream Rescue @animalluvrsdreamrescue.

Related story: Kitten ‘Screams’ at the Person that Cares for Him Every Day Until He Gets Back on His Feet

Do Cats Forget Or Miss Their Owners?