Kitten Makes Big Transformation After Being Picked Up from Walkway, Now Has His First Holiday Season

A kitten made a big transformation after being picked up from a walkway, and now has his first holiday season.

A tuxedo kitten was spotted alone in the middle of a walkway and taken into Kitty of Angels, an animal rescue, for a chance at a better life.

He was just palm-sized, had severe upper respiratory infections and had to be rushed to the vet for critical care. “He was treated and released to his foster home shortly after,” Lizzie Lewis, founder of the rescue, shared with Love Meow.

The kitten named Rocco was less than half the size for his age, had a few developmental delays and was diagnosed with congenital hypothyroidism. 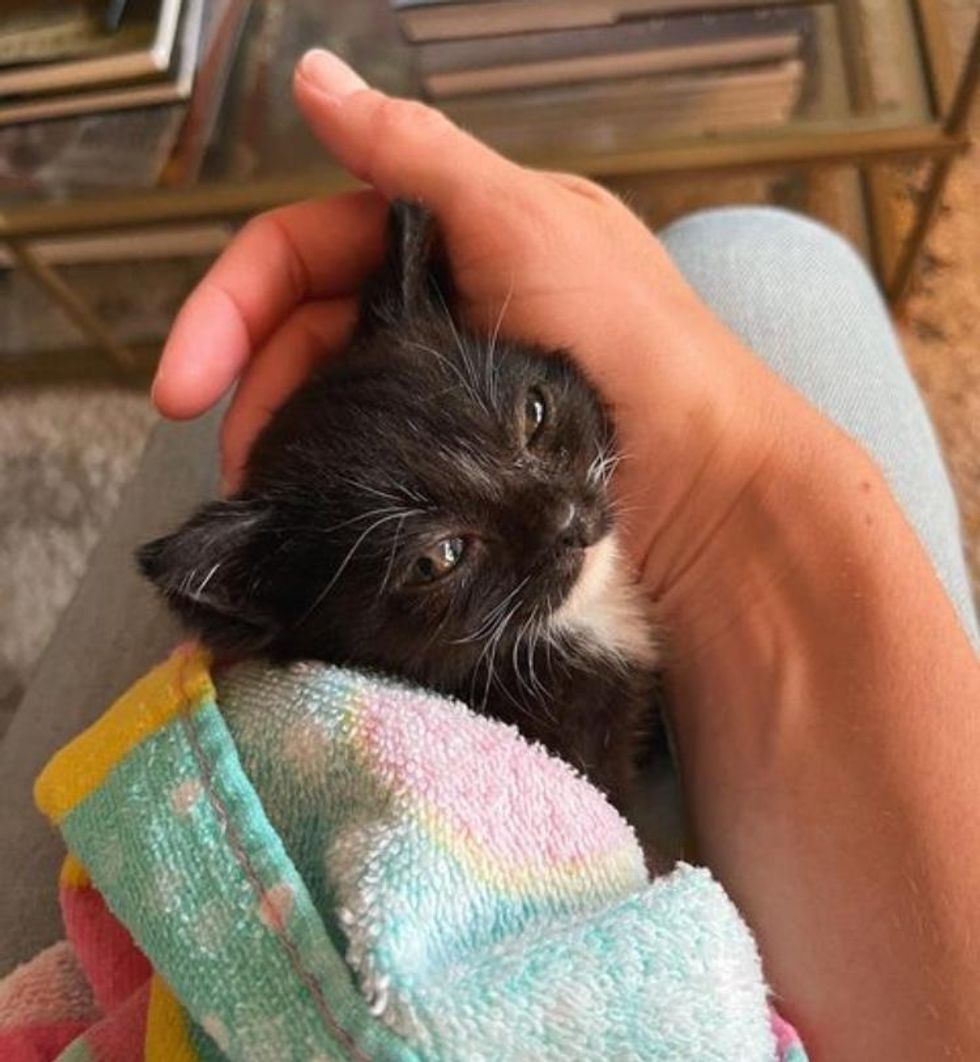 Despite being a late bloomer, Rocco was full of spirit and determined to grow big and strong. He would fill his tummy to the brim, try to use his little legs to move around, and ask for cuddles from his people.

Randi McQueen, Rocco’s foster mom, provided the best care around the clock. She made sure that he was well fed, warm, and never lacked an ounce of love. 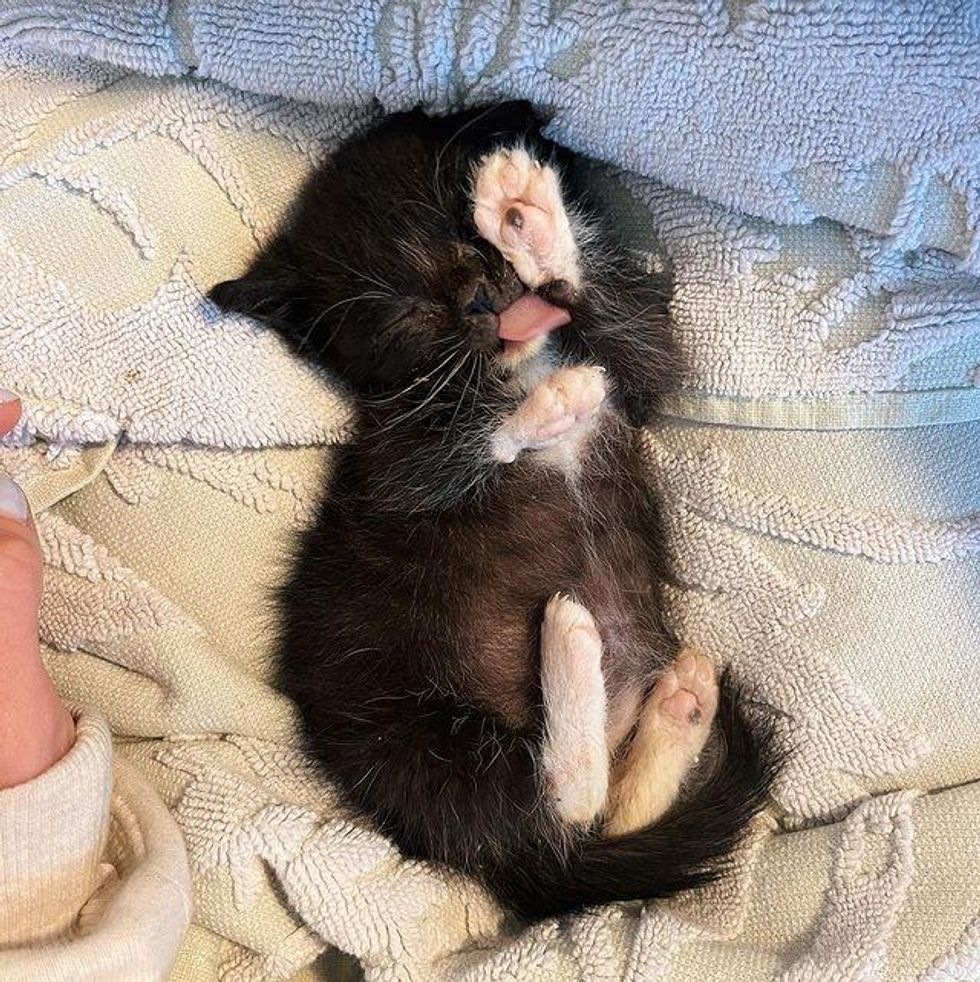 His ears finally perked up and he made his first adventures into his surroundings. Rocco discovered his meow and figured out how to use the litter box all by himself. He started making good gains and became more active and inquisitive.

With the help of a specialist, the kitten was given the proper medication to help manage his condition. He continued to make strides each day and never ceased to amaze his people with what he could do. 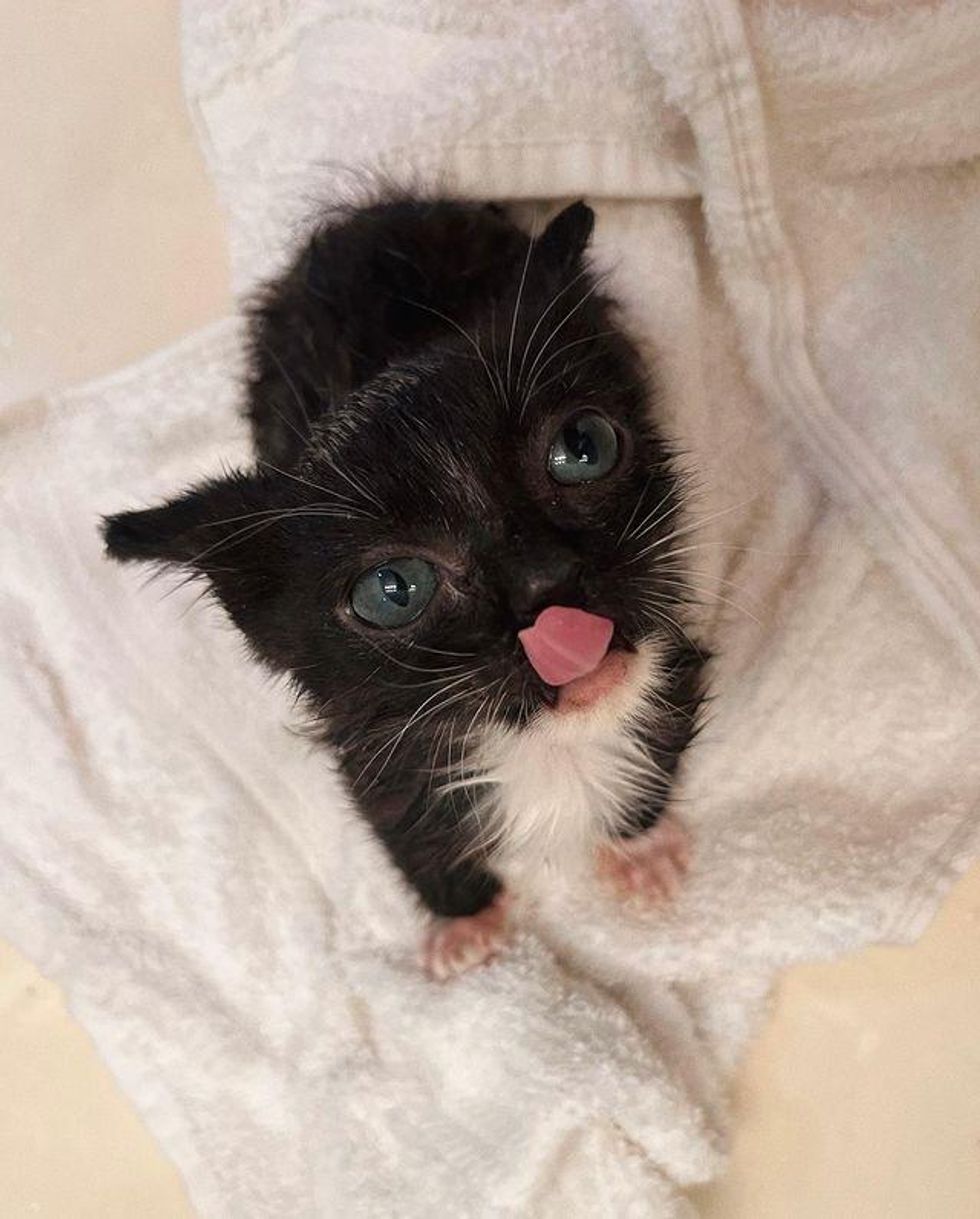 Rocco enjoyed snuggling with his foster mom after lots of playing and venturing around the house. He was Randi’s little shadow and her perfect office cat.

He was never far away from Randi and often turned himself into her little lap warmer. 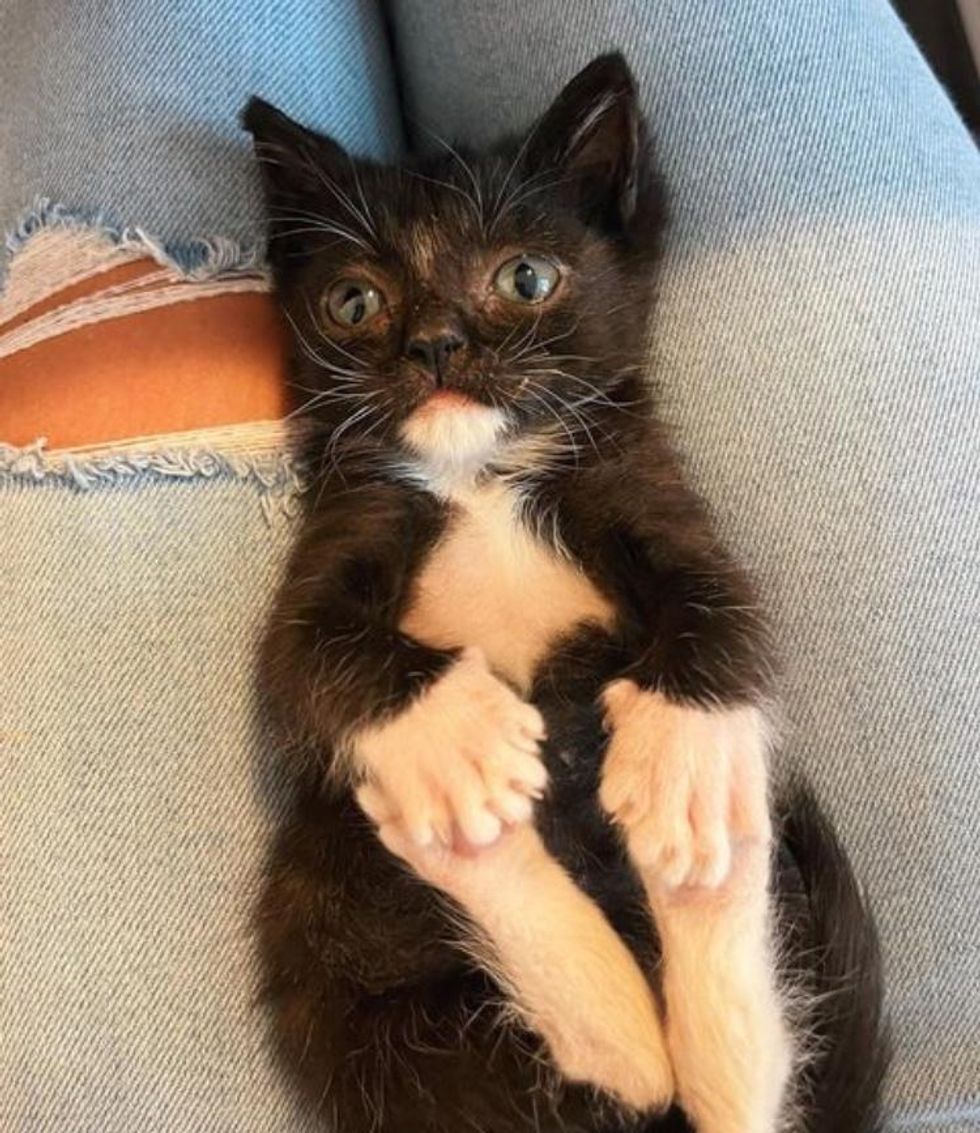 After three months of tender loving care, Rocco blossomed into a beautiful young cat with plenty of energy and affection. It was then Randi knew that she could no longer part with her little tuxedo.

“Congenital hypothyroidism is quite rare for kittens, but it’s easily treated. Rocco is a little miracle boy,” Randi shared on Instagram. 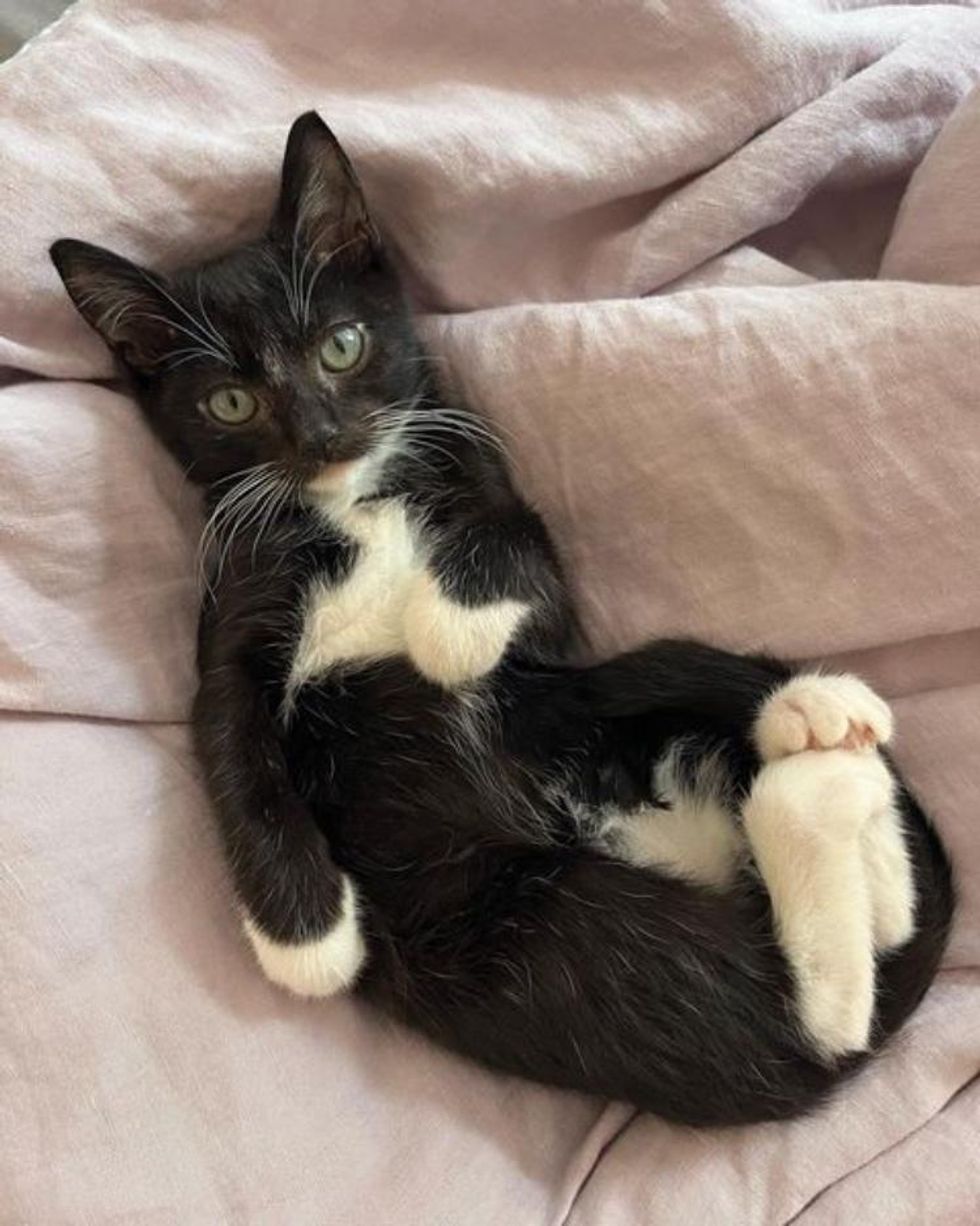 He grew by leaps and bounds@rocco.tuxey

Randi fell in love with Rocco when he came into her life as a wee baby battling many health issues. He thrived in her care and grew big and strong. Their bond strengthened with each passing day.

Rocco was officially adopted by his foster mom and they would never be apart. 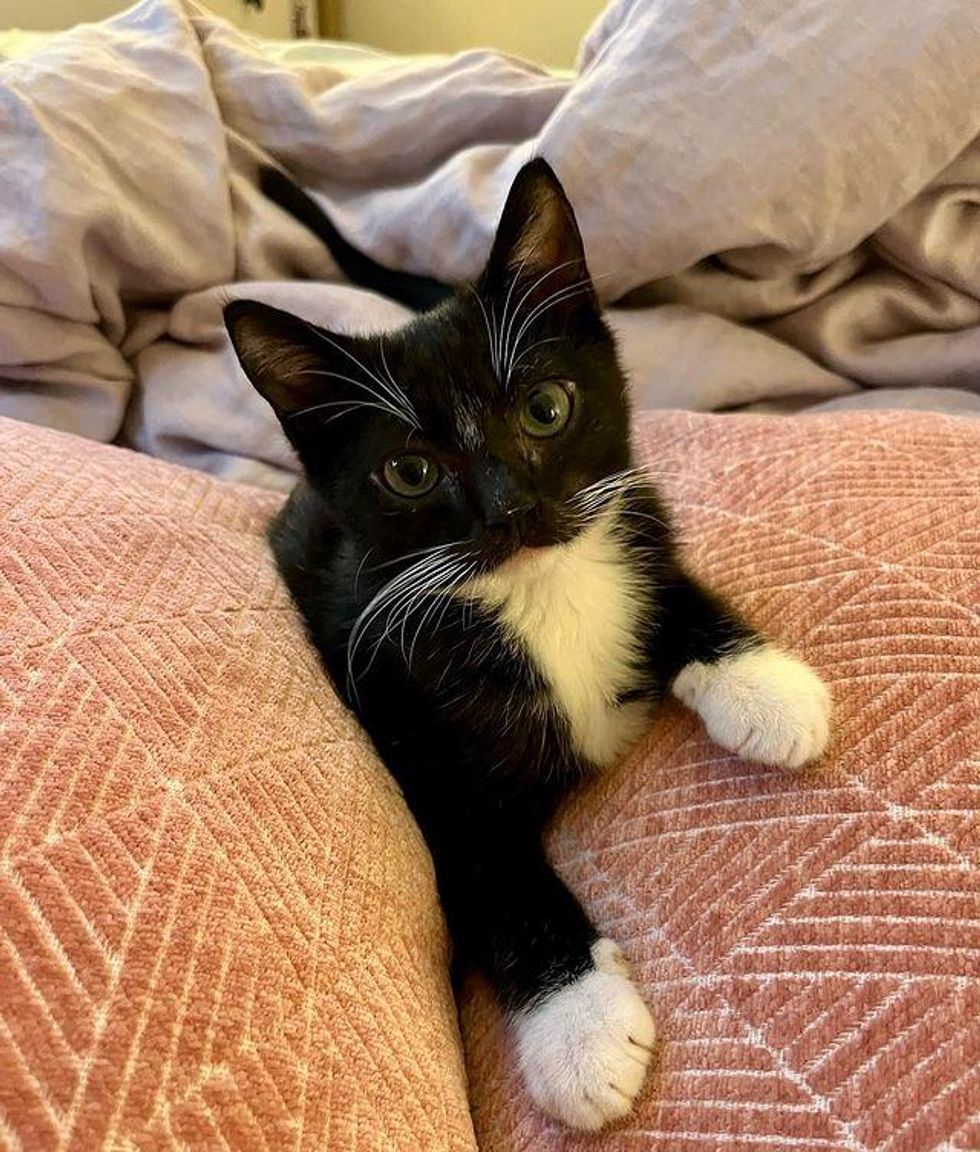 Rocco has blossomed into a handsome tuxedo cat and found his forever home with Randi@rocco.tuxey

When the holiday season came around, Rocco was excited to lend a helping paw. He inspected the Christmas tree and checked out various ornaments. He kept his mom company until she finished working before the holidays.

When Randi was gift-wrapping, Rocco was by her side, offering his assistance. 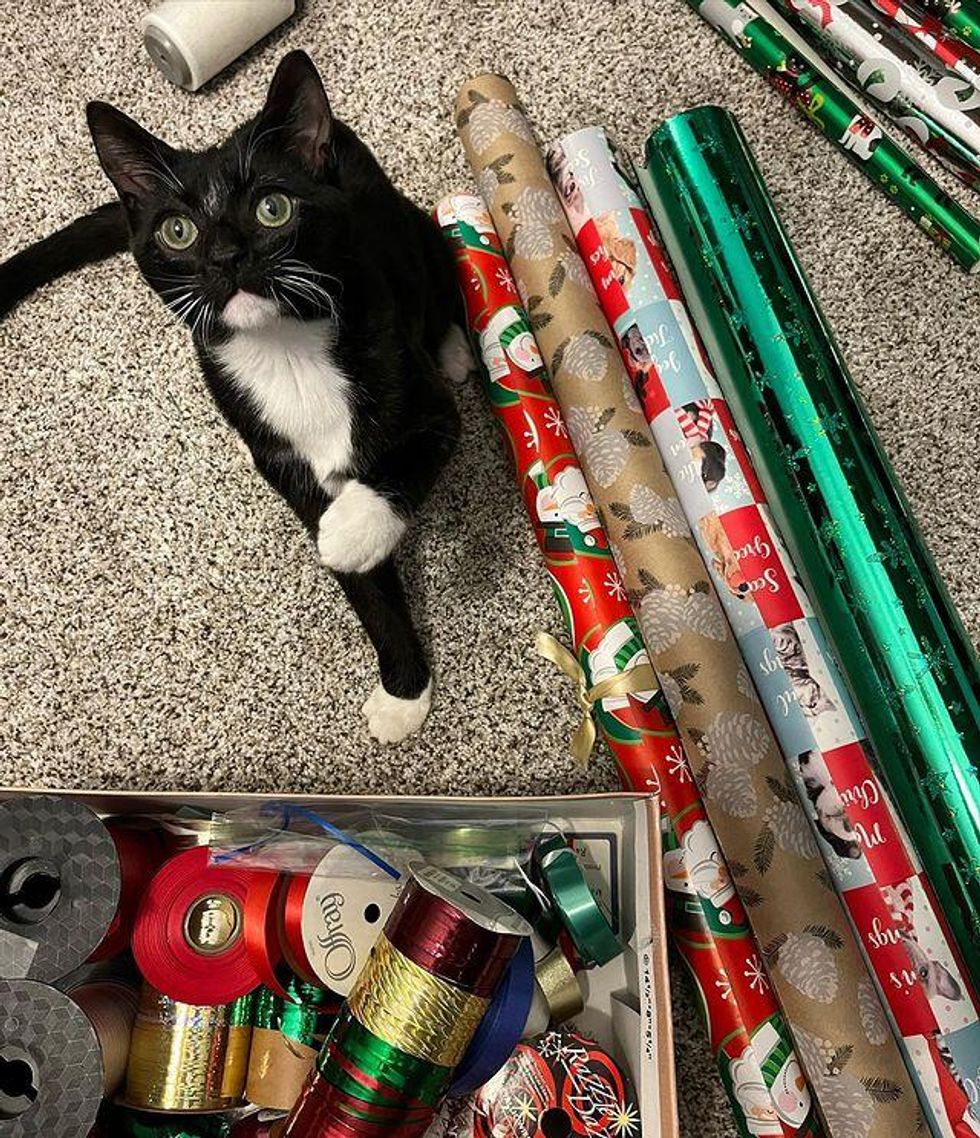 He offered a helping paw when Randi did gift wrapping@rocco.tuxey

Rocco is having his first holiday season in his forever home. He wears his adorable bowtie to match his perfect tux, looking quite dapper for the occasion. 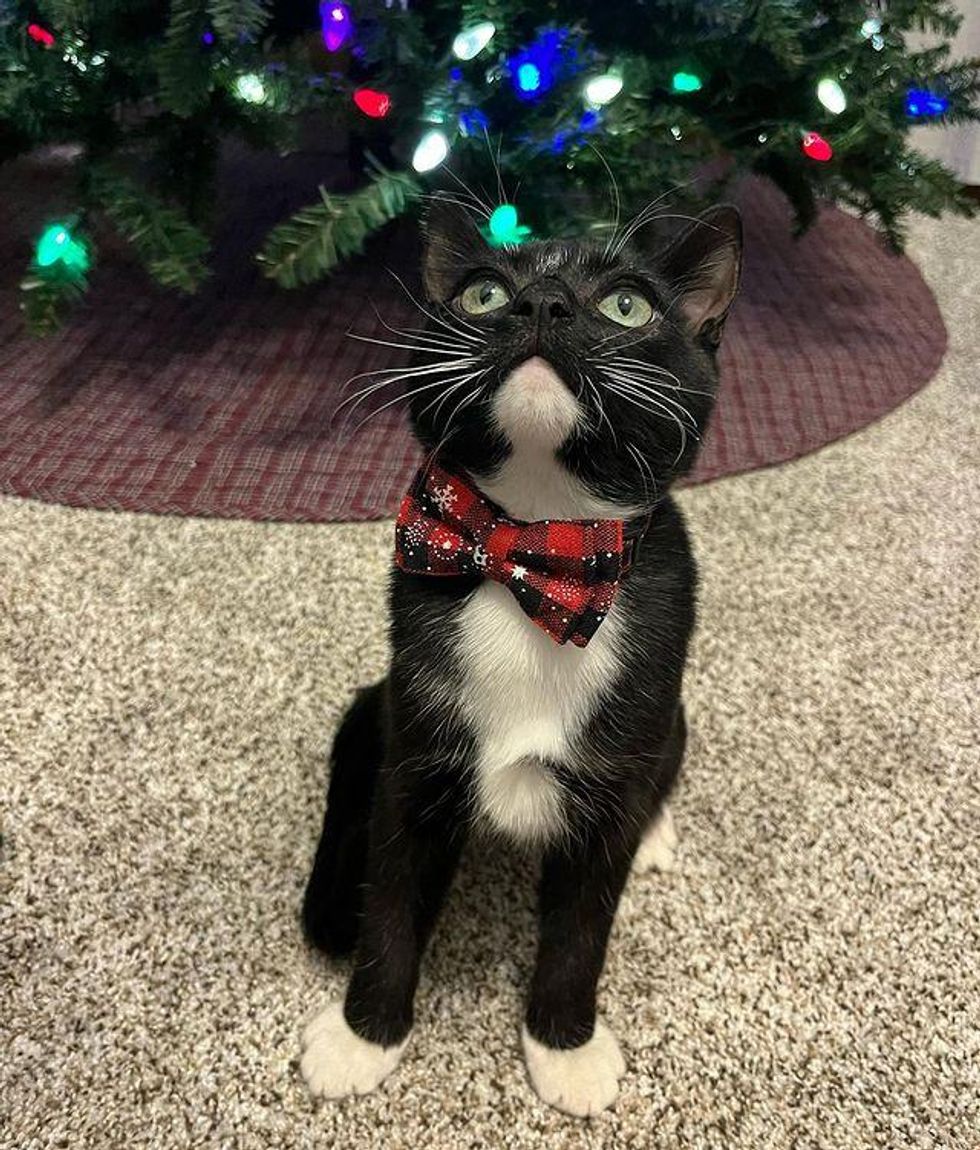 Rocco the dapper little gentleman is loving the holiday season@rocco.tuxey

Rocco may forever be smaller than other cats his age, but he has a loving and endearing personality and a forever human that adores him to bits. 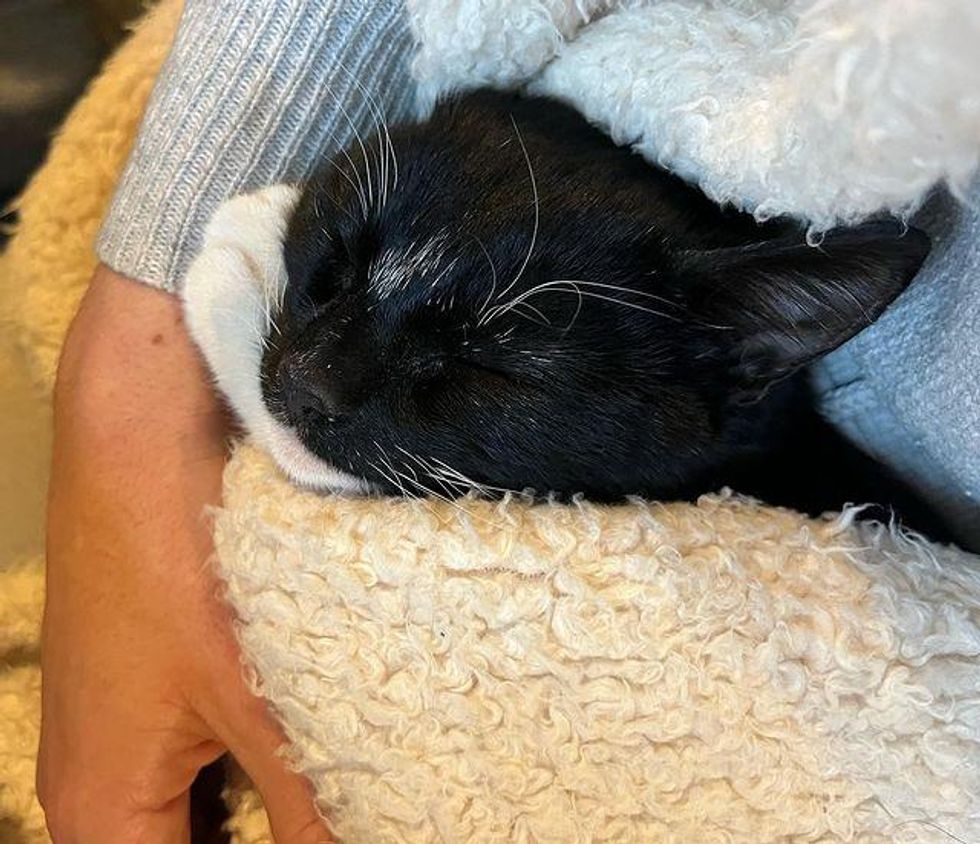 Share this story with your friends. More on Rocco the cat on Instagram @rocco.tuxey. More from Kitty of Angels @kitty.of.angels.

Related story: Orphan Kitten Goes from Hiding Under Blankets to ‘Roaring’ for Attention and Melting Hearts