Kitten Who was Found in an Old Car, Now Has Many New Siblings to Ring in the New Year with

A kitten who was found in an old car, now has many new siblings to ring in the New Year with.

Bentley came to Murphy’s Law Animal Rescue in NC as a timid rescued kitten. He had been found in an old car before making his way to safety.

The rescue group immediately arranged for a foster home, so Bentley could have a quiet, comfy place to stay and decompress.

At first, he was shy and unsure about his new environment, but with some treats, patience and plenty of love, he slowly came out of his shell. 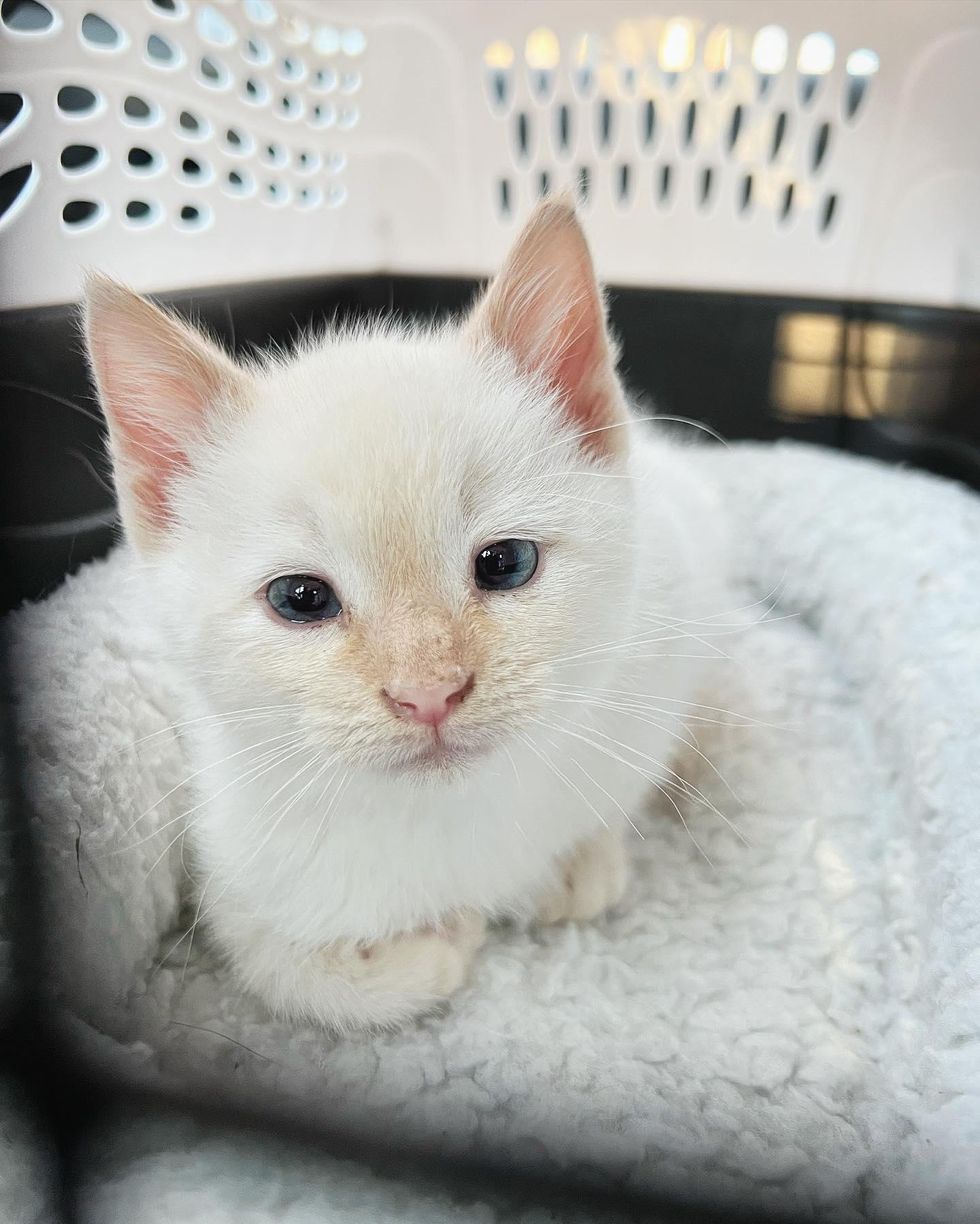 He was found in an old car@kellyfosterkittens

A week later, Bentley mustered up the courage to seek attention and even discovered his purr. Once he realized he was in good hands, he started to chat up a storm.

Whenever Sarah Kelly, founder of the rescue, entered the foster room, Bentley would greet her with his adorable, squeaky meows in exchange for attention and snuggles. 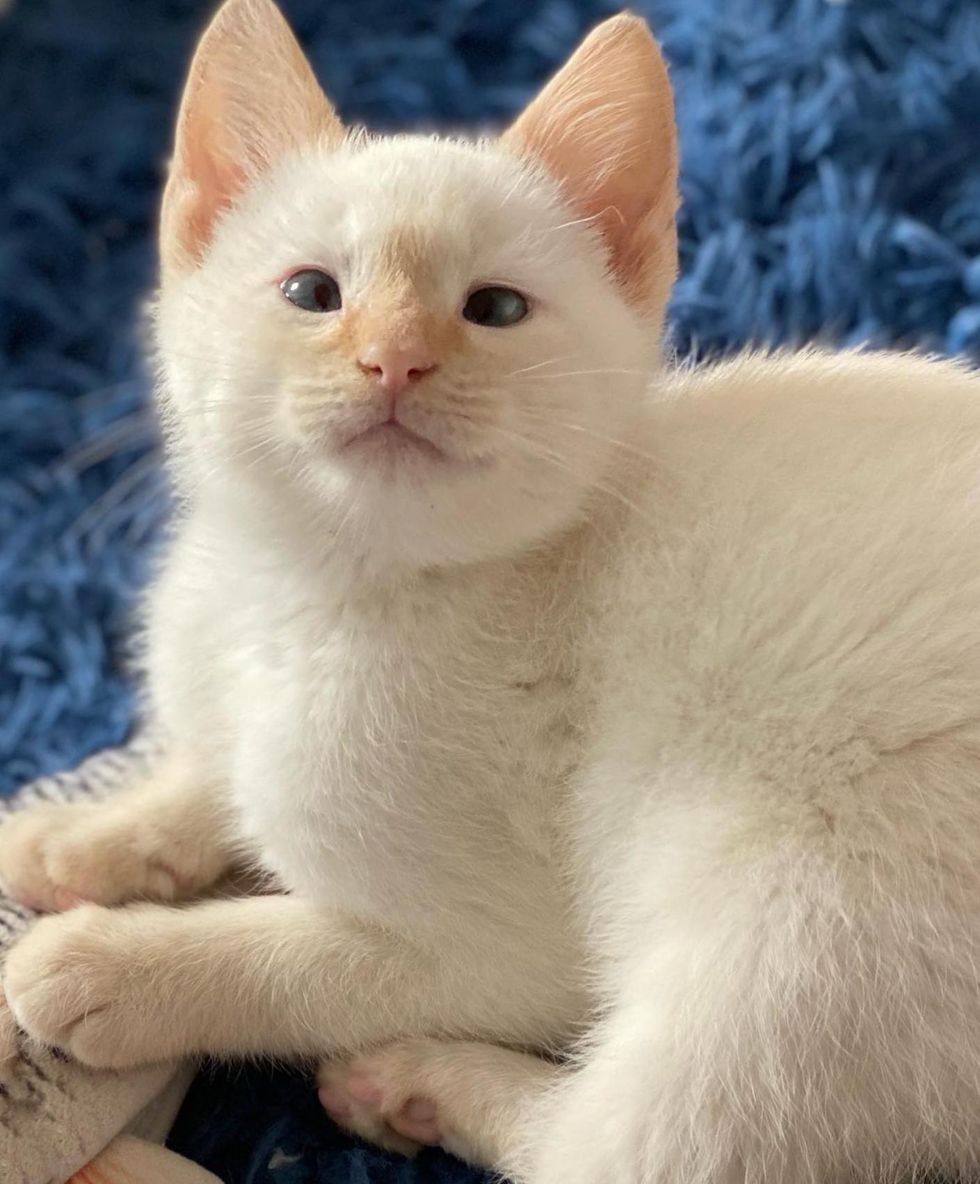 Slowly but surely, Bentley came out of his shell@kellyfosterkittens

Sarah introduced Bentley to a few fosters his age, so he could have friends to play and cuddle with constantly.

Around that time, a litter of kittens arrived at the rescue desperately needing round-the-clock care. The “snow kittens” were scared, huddled up together in their carrier. 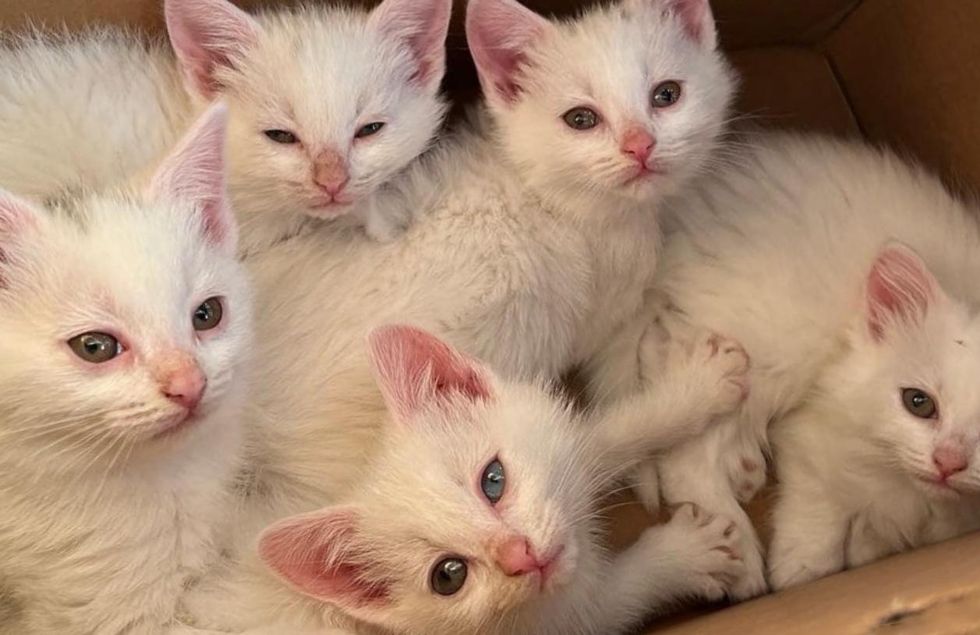 “It won’t be long before their chilly facade ‘melts’ away,” Sarah shared.

The kittens were all cleaned up, treated and fed, and over the next few days, one by one, they warmed up to their people. They started making good gains, and their curiosity began to mount. 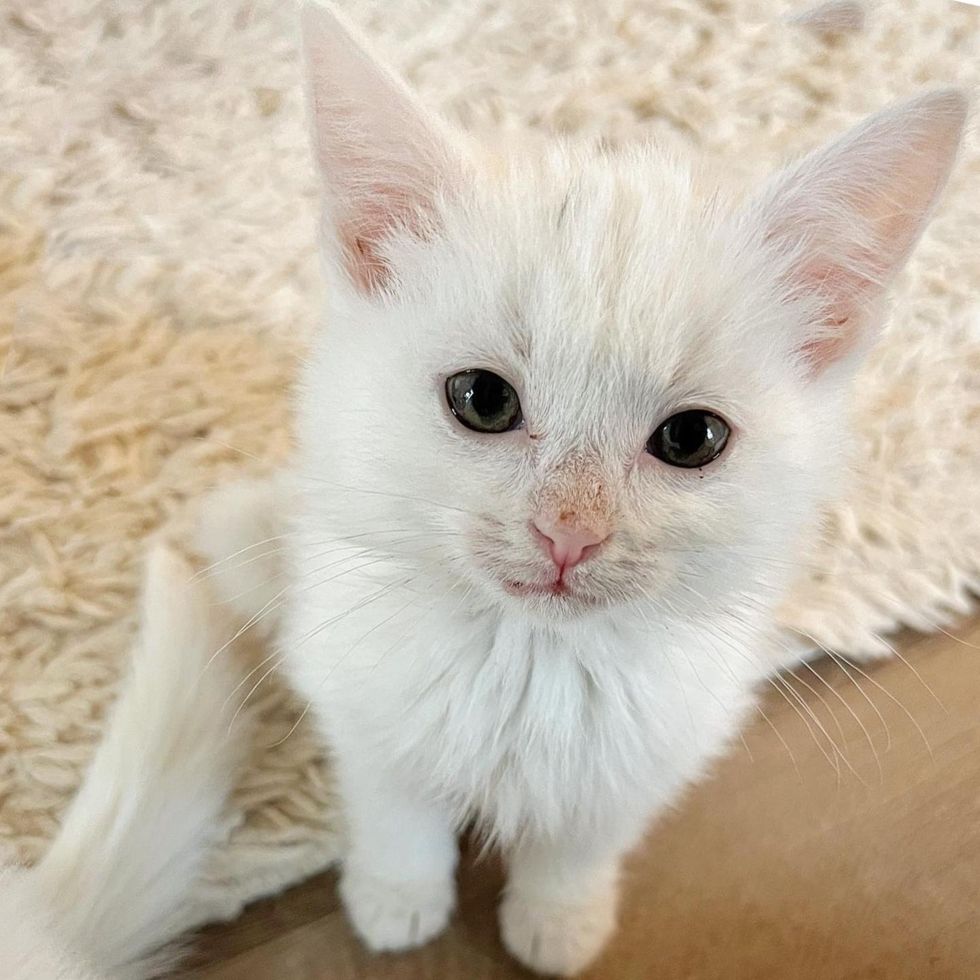 The six would venture outside their nest and try to explore every nook and cranny. With their ferocious appetites, they managed to clean up many cans of food each day.

After lots of playing and romping around, they would curl up in a fluffy pile and purr themselves to sleep. 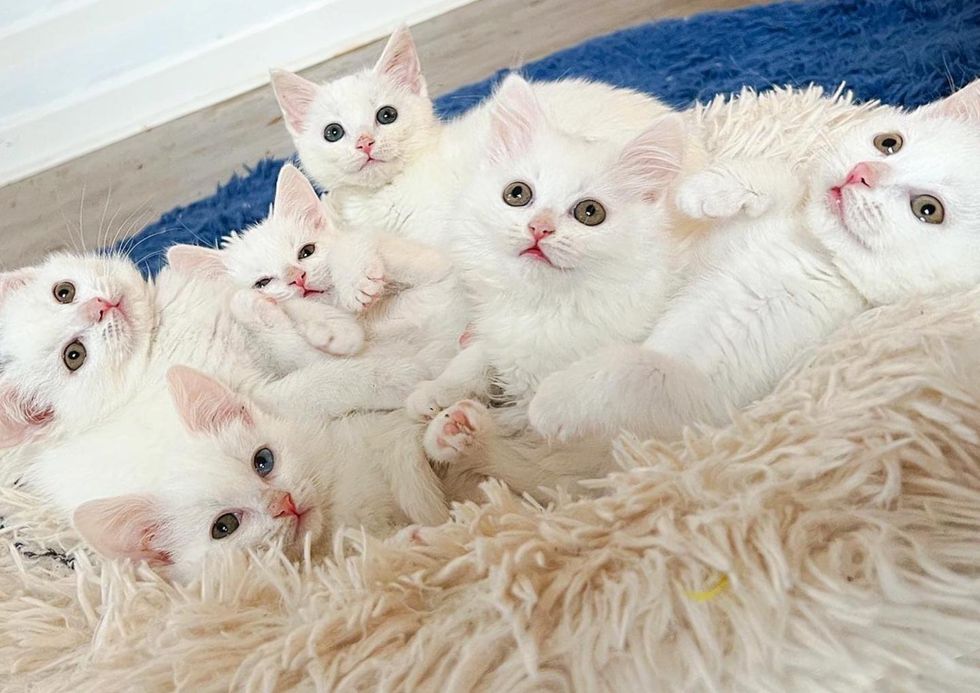 One of the kittens, Polar, has heterochromia, a condition that gives him two different colored eyes. He is also deaf, but it doesn’t slow him down a bit.

Polar can do anything just like his siblings, Frost, Storm, Ice, Snow and Blizzard. 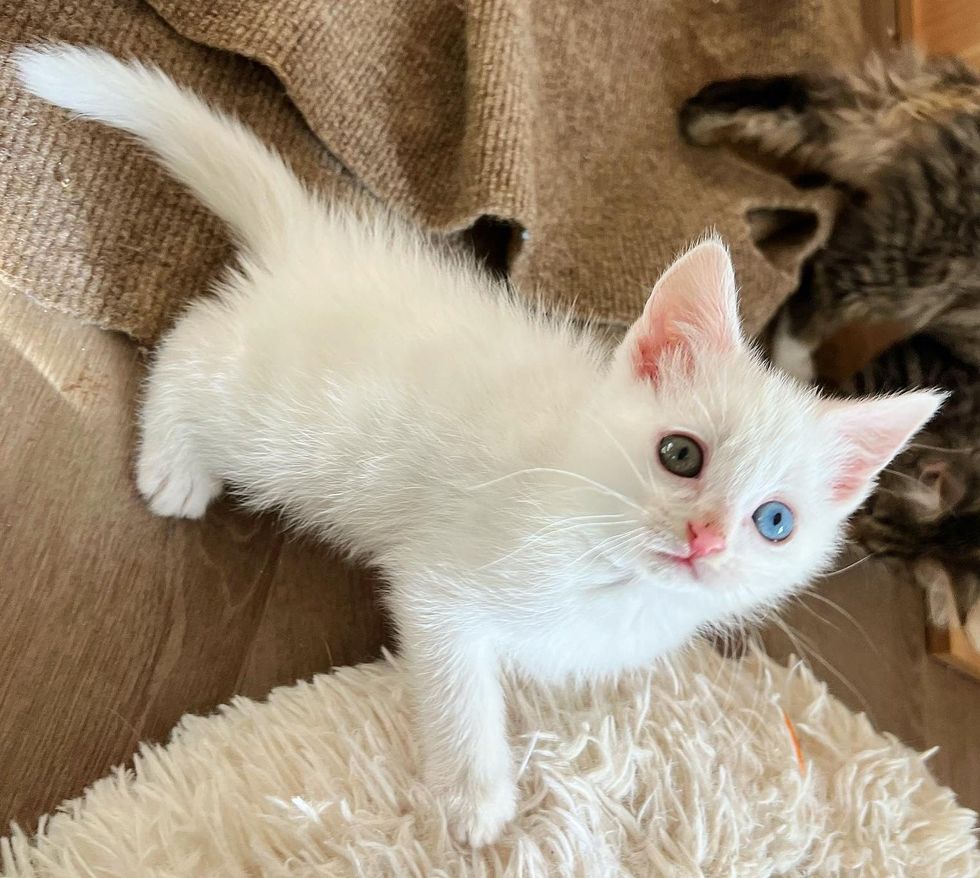 Polar has different colored eyes and is also deaf. He can do anything just like his siblings@kellyfosterkittens

When the Snow Crew was medically clear to meet other fosters, Bentley was ecstatic to have some new friends. He hit it off with the snow kittens and followed them around as if he had always been a part of the litter.

The Snow Crew accepted their big brother from another mother instantly. A couple of other foster kittens also joined in the fun. 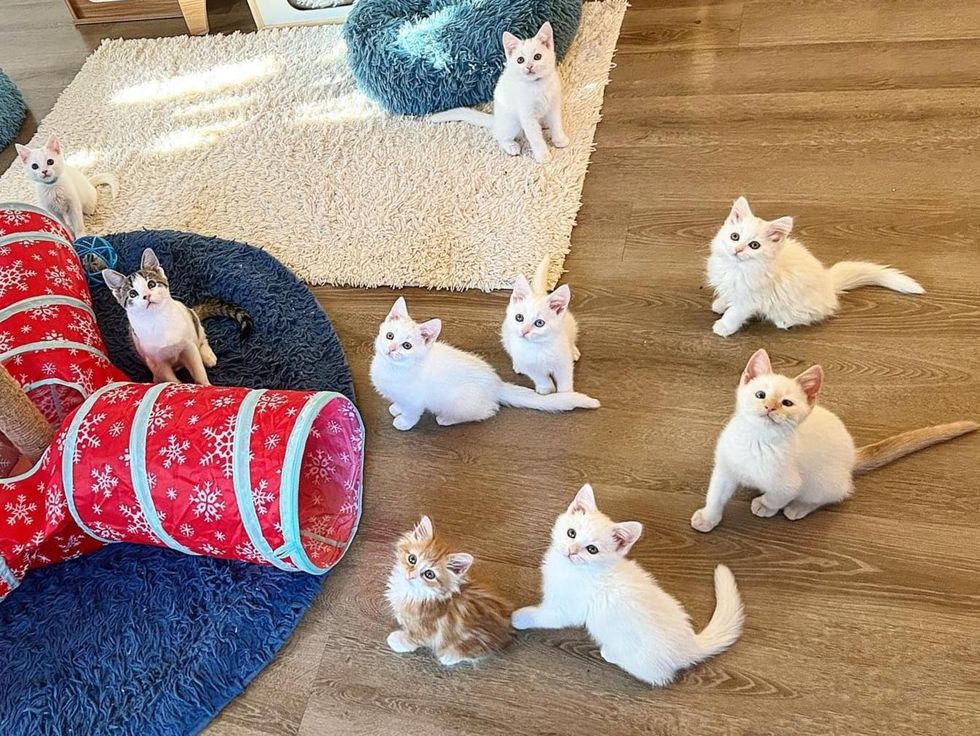 Bentley adores the Snow Crew and other foster kittens@kellyfosterkittens

There is not a dull moment in the foster room as the kittens scamper around the room, jump up and down the cat trees, and wrestle with one another.

Bentley is not only an outstanding jumper, but also he can stand on his hind legs like a little person. When Sarah comes in with food, he will be on his tiptoes, vying for her attention. 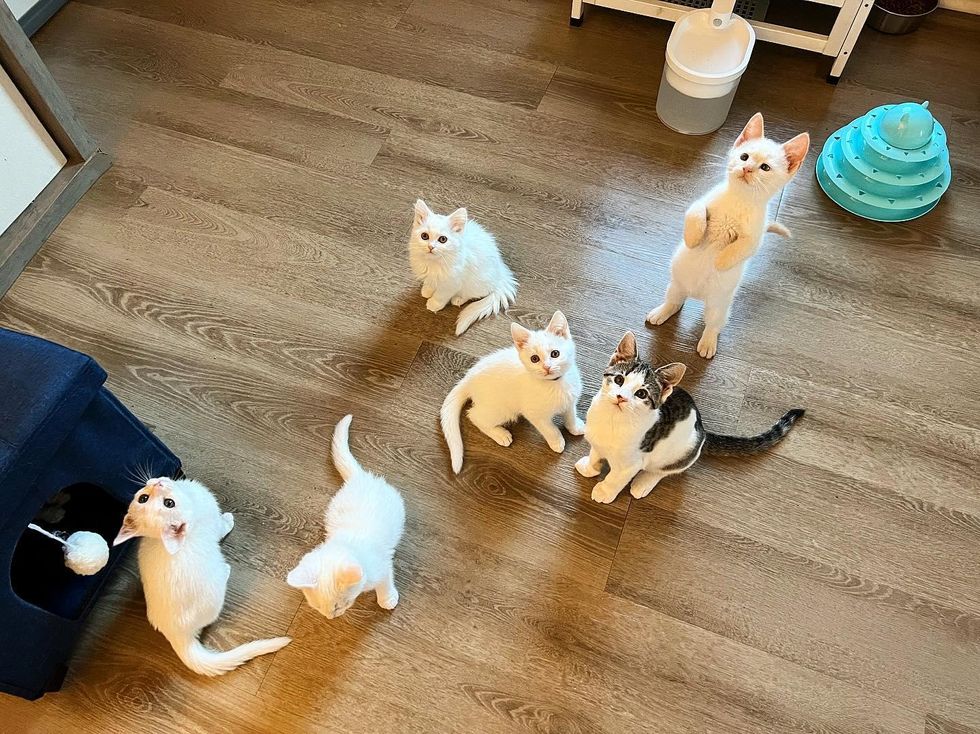 Bentley eagerly awaits his food by standing on his tiptoes@kellyfosterkittens

The snow kittens adore Bentley as an honorary member of the Snow Crew. They will be ringing in the New Year together with all the comfort, warmth and love.

Bentley is no longer that shy kitten they met on day one. He’s blossomed into a confident, inquisitive young cat with a very squeaky meow. 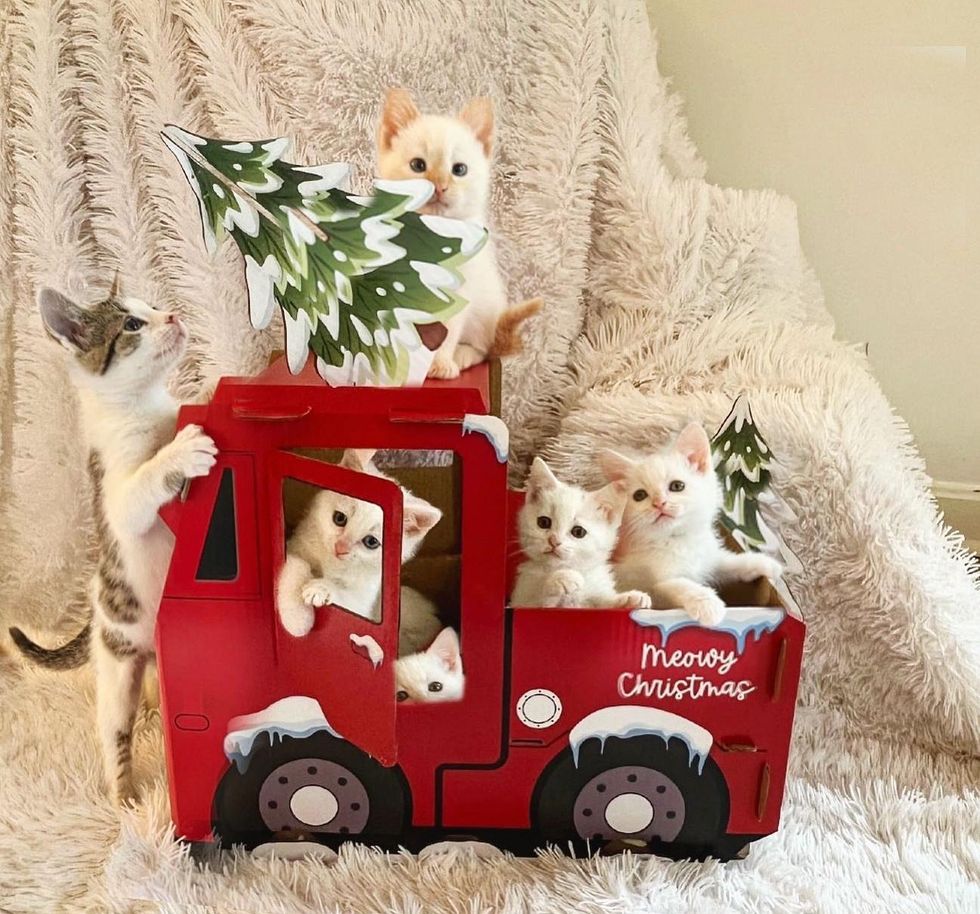 Bentley is enjoying this holiday season with his foster family. They are ringing in the New Year together@kellyfosterkittens

Share this story with your friends. More on Bentley and his feline friends and Sarah’s fosters on Instagram @kellyfosterkittens and Facebook. More on Murphy’s Law Animal Rescue @murphyslawanimalrescue.