A cat learned to live indoors and be brave from a house cat right before giving birth.

Persephone the cat was brought into Elmbrook Humane Society as a pregnant stray. After having spent most of her life on the streets, she was so scared that she recoiled in the corner of her kennel.

Emilie, a foster volunteer, stepped up to take her in when she learned that the cat had been in the shelter for almost a month. Persephone was withdrawn and extremely fearful of people.

“I gave her several days to decompress, but she was just so stressed and wasn’t even eating,” Emilie shared with Love Meow. 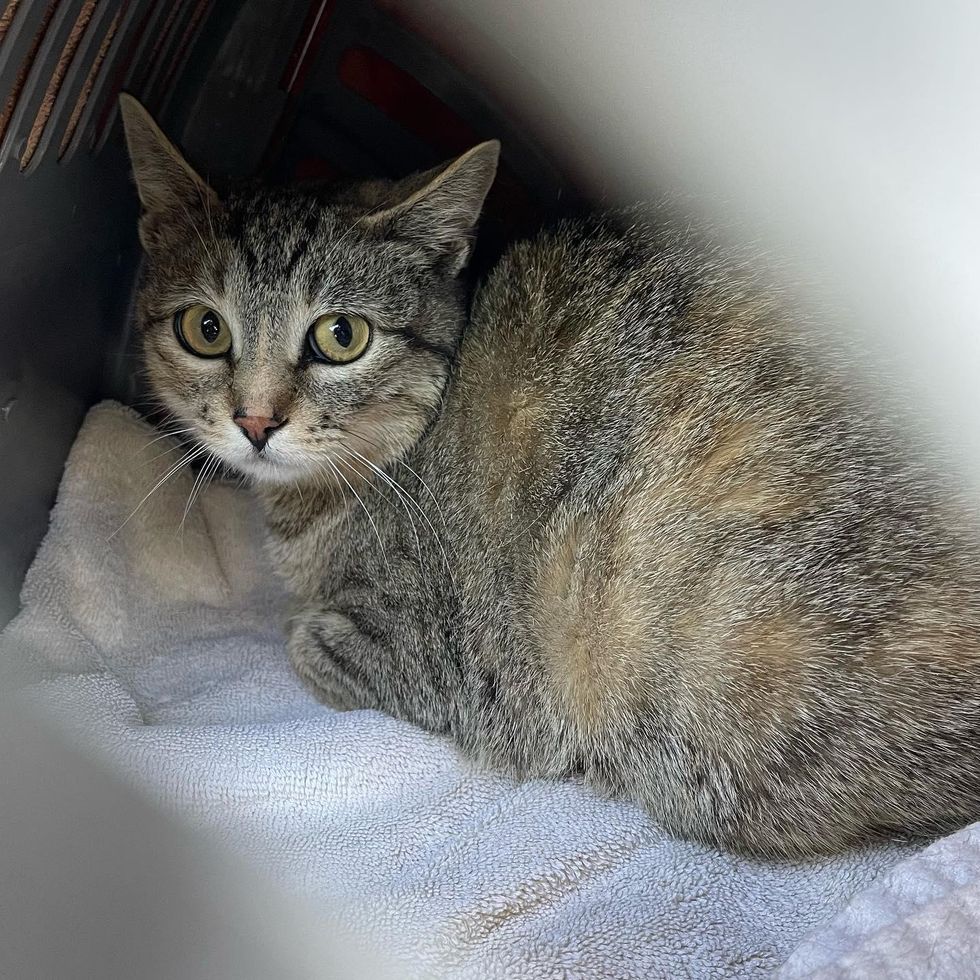 She came to the shelter as a pregnant strayEmilie @emiliexfosters

“She had no interest in interacting with me and I wasn’t sure that she ever would.”

After trying everything to win her over but to no avail, Emilie decided to bring out the “big guns”. Some feral or very timid cats may need a confident “leader” to show them the ropes. Chester, the resident cat, happily obliged to the task. 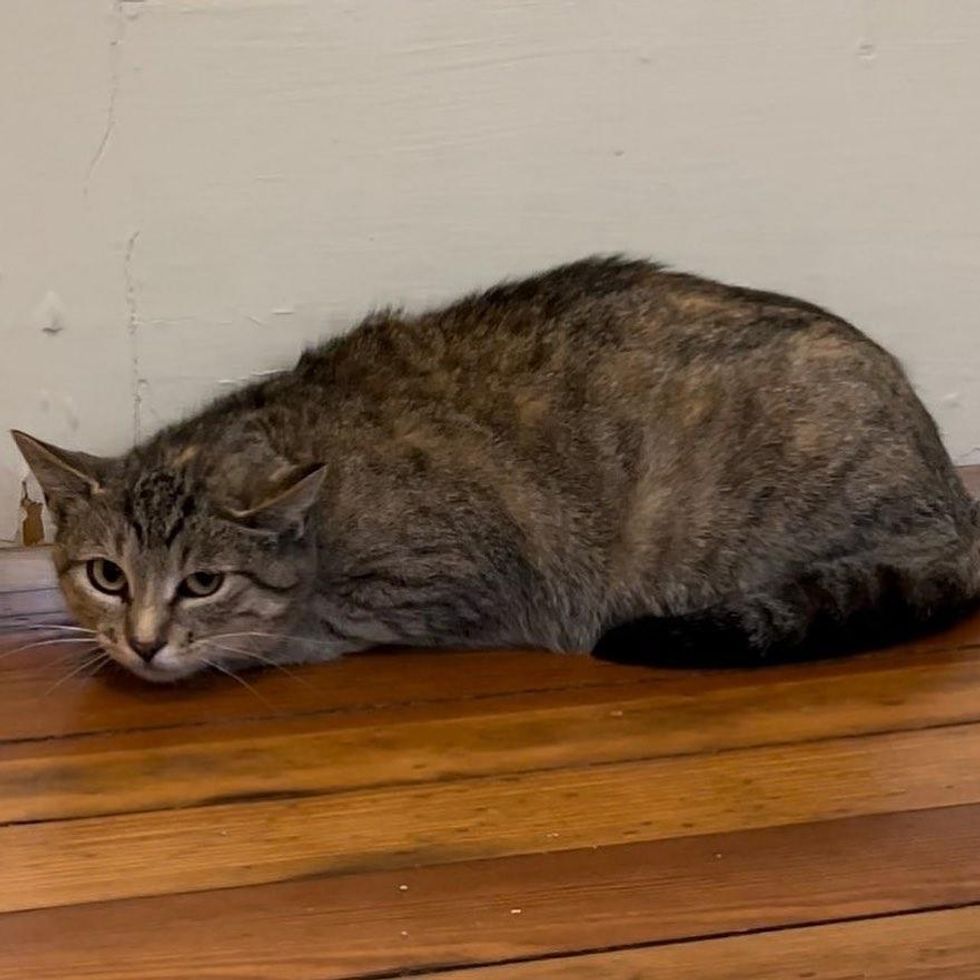 Chester found Emilie at the shelter when he was 13 years young. He quickly wriggled his way into her heart and made her home his happily-ever-after.

As it turned out, Chester was very sweet to other animals, and has been Emilie’s foster assistant ever since. 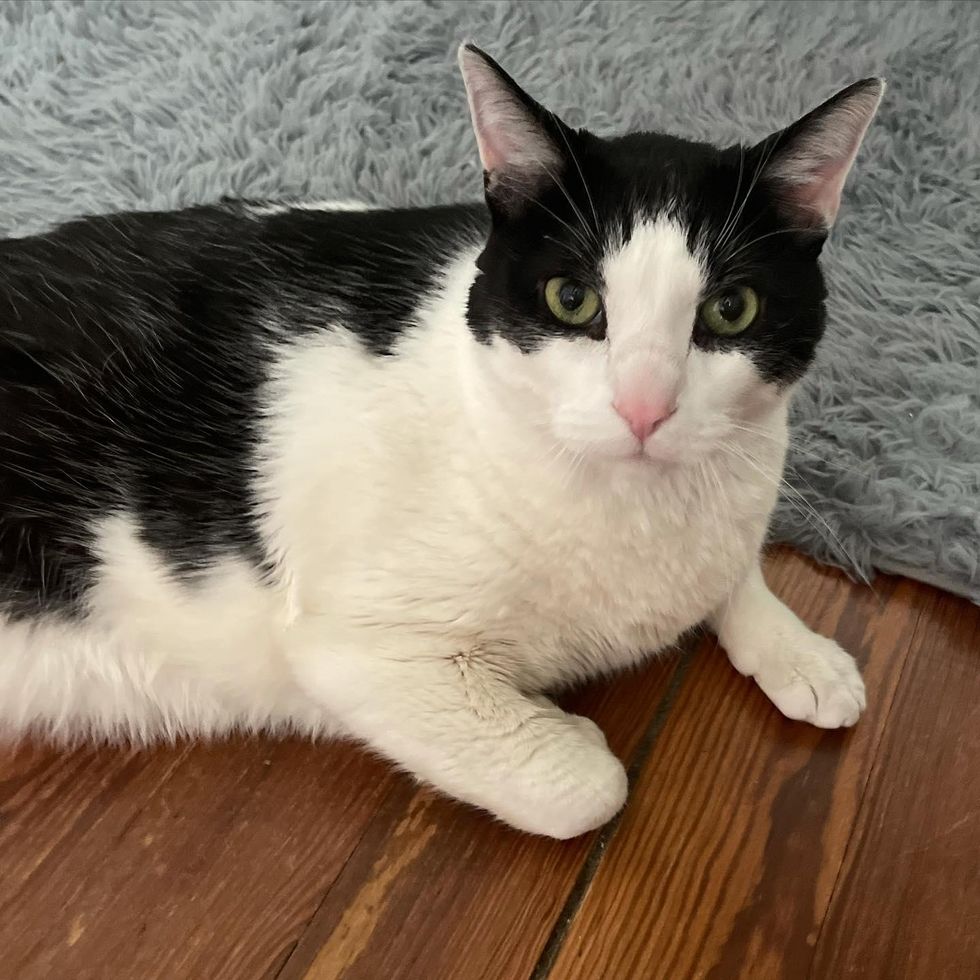 Persephone was hiding in the nesting box for the majority of her early stay. Once Chester made his entrance into the room, everything changed.

Her body language instantly shifted as she slowly stepped out of her nesting box and started to explore. “Her entire demeanor changed. She gained confidence, started to eat, and felt a lot safer seeing that another cat trusted me,” Emilie shared. 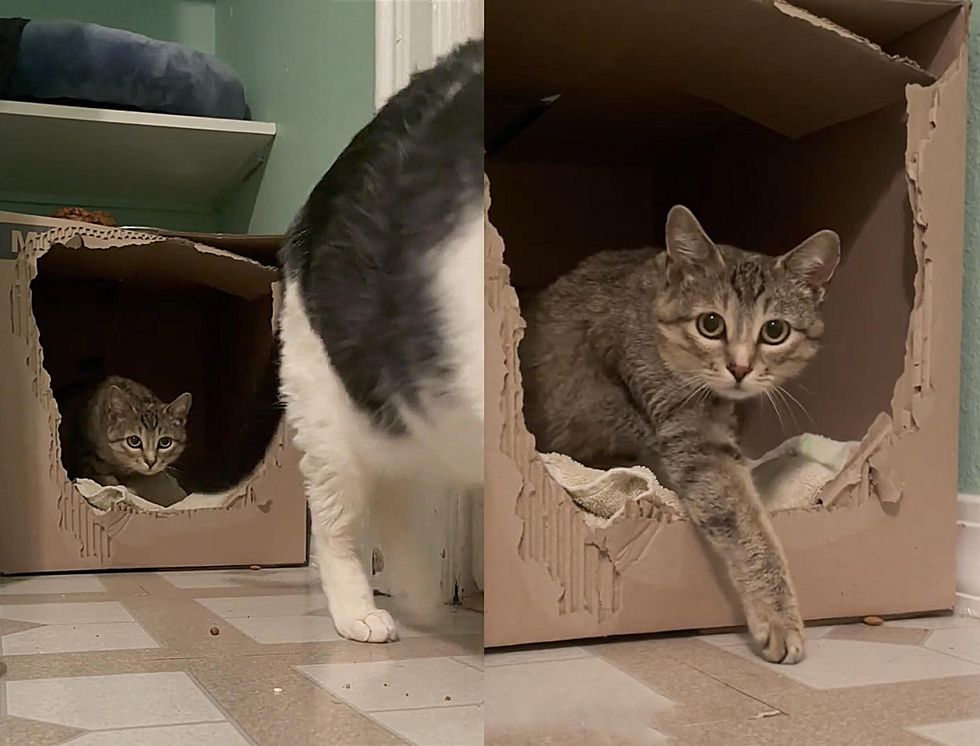 Within a day, her walls began to fall down. At some point, she took a leap of faith and accepted belly rubs and head scritches. Her bond with Emilie continued to grow with each passing day.

Persephone soaked up all the love from that day on. She decided the best time to have kittens was when her foster mom least expected it. 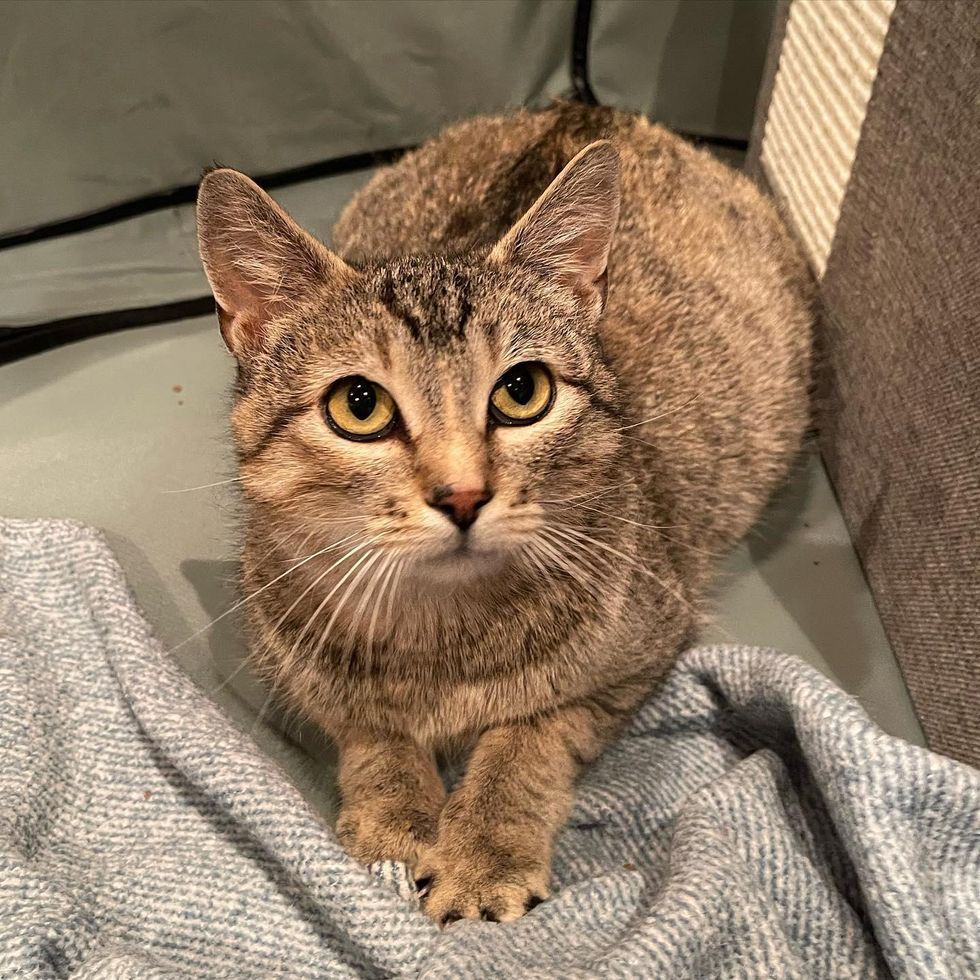 “I walked in and there were three tiny kittens that she had given birth to, overnight.”

Persephone was completely devoted to catering to her babies and didn’t leave their side. “She was the most incredible, attentive mom I’ve ever met. She didn’t even like when I took her babies to weigh them,” Emilie shared with Love Meow. 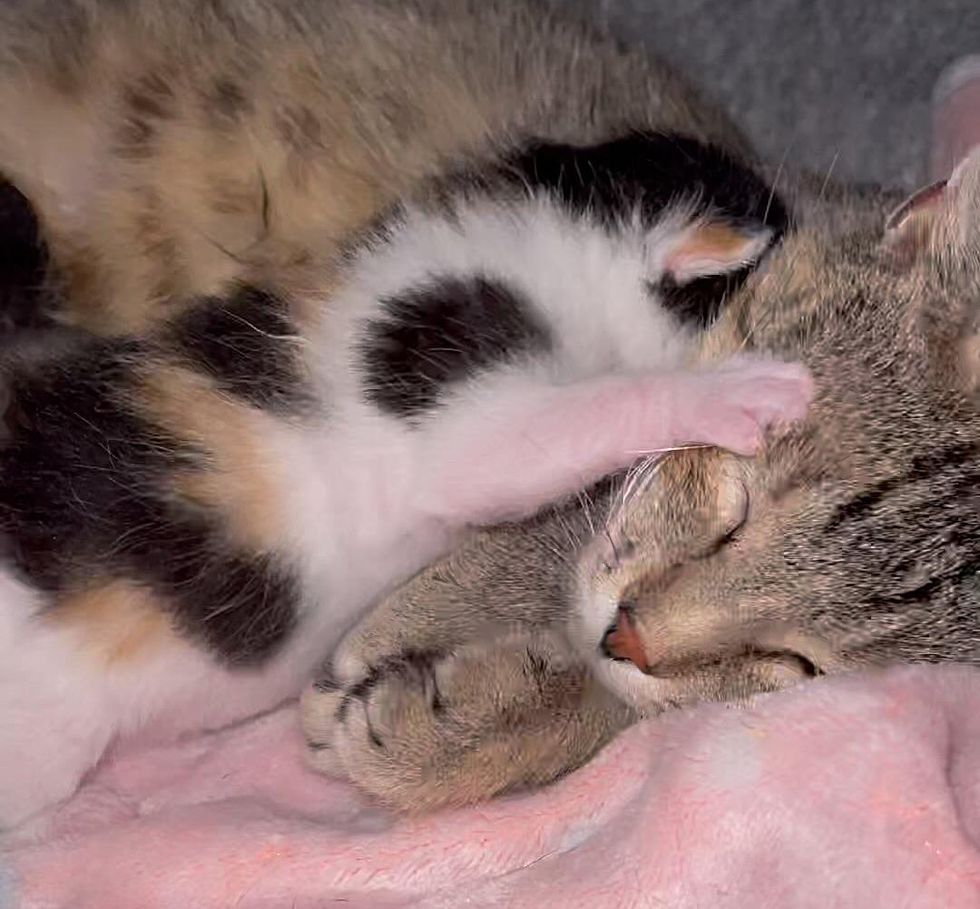 When an orphaned kitten who had been born premature, needed a mother’s love, she took him right in. She gave him undivided attention and extra one-on-one time, as if she knew he was more fragile than her own three.

Over the next few weeks, Persephone continued to blossom into a confident, affectionate cat. 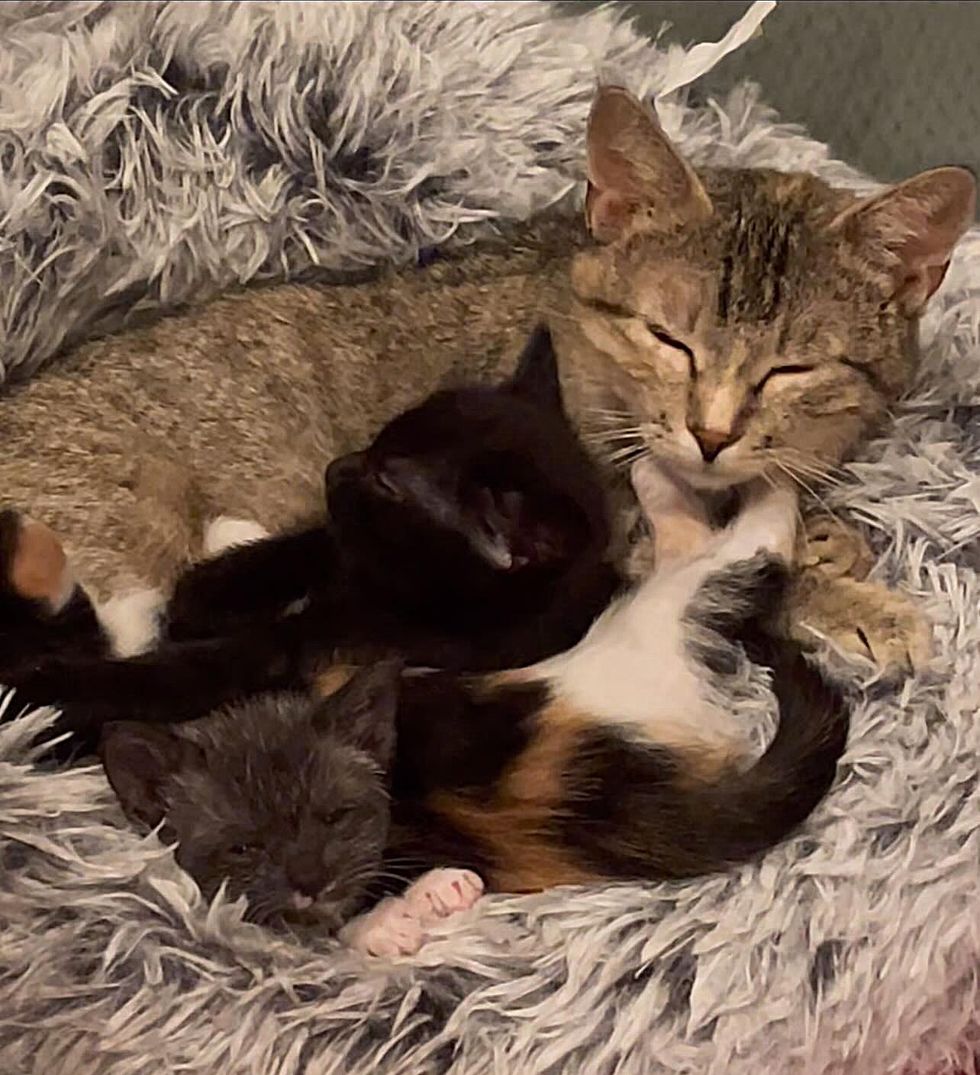 She even adopted an orphaned baby as her ownEmilie @emiliexfosters

When the kittens were weaned and became more independent, the momma cat started to put in more me-time. She grew to really enjoy the company of her people and discovered her penchant for cuddles. 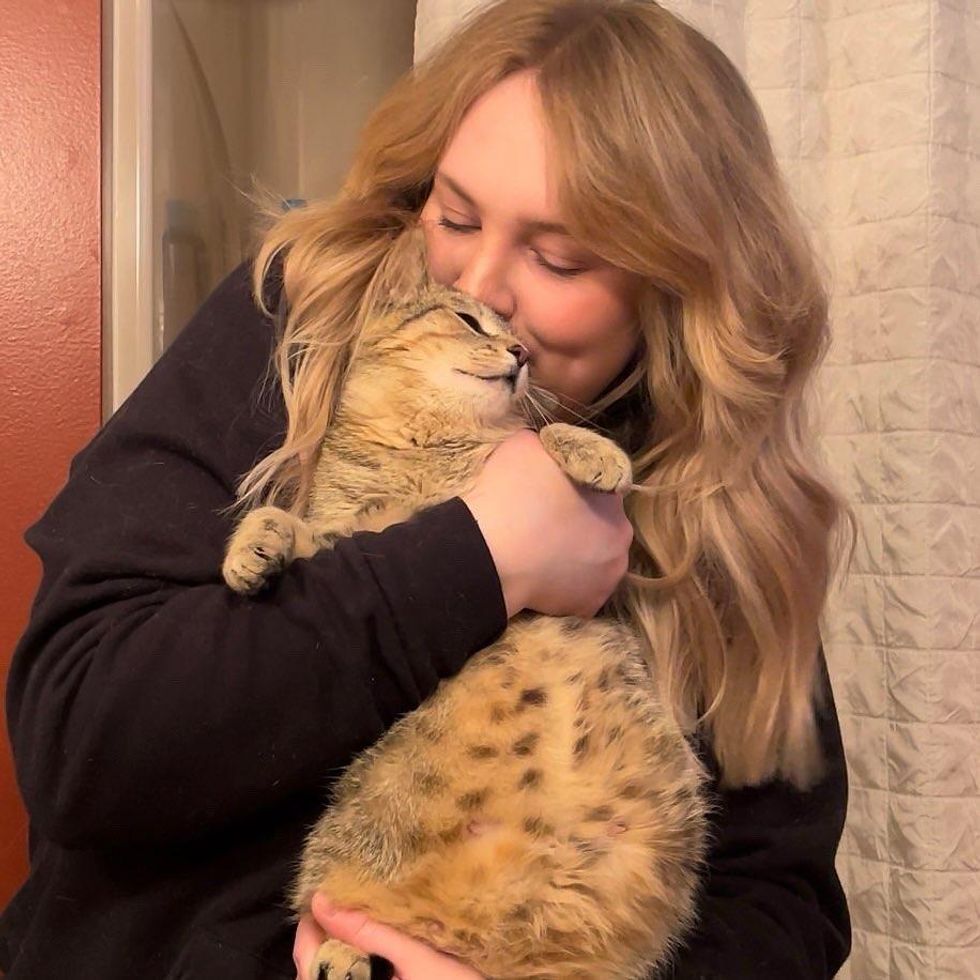 “When I first picked her up, she was absolutely terrified, but with time, patience, and love, she has become the snuggliest, sweetest, most loving cat.” 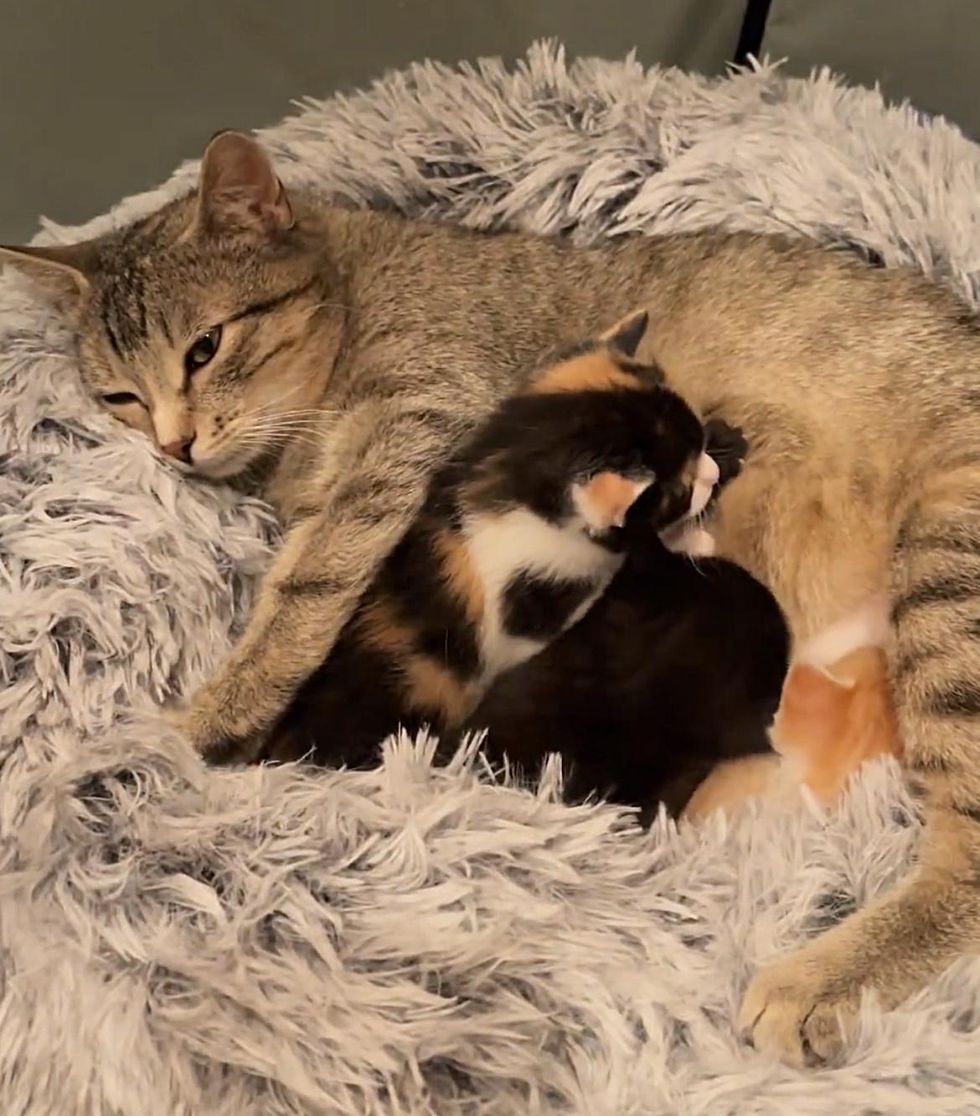 All of the kittens have been adopted into loving homes. Persephone has also found her dream abode, where she is the center of attention, living each day to the fullest. 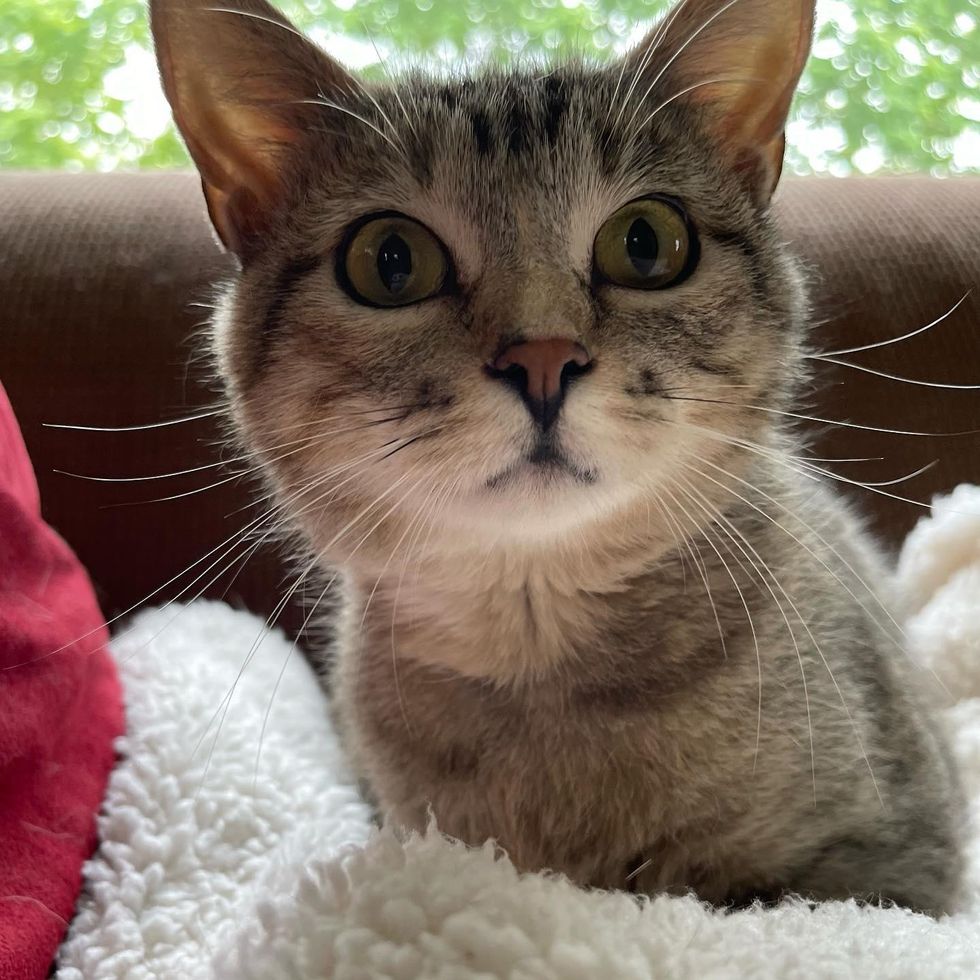 Related story: Two Kittens Wander Up to a House, Walk into Carriers and Ready to Leave the Streets Behind

Why Do Cats Gag at Combs? (2022) What Owners Need to Know I Discerning Cat