Cat Raised a Litter of Six and One Bonus Kitten, Now It’s Her Turn to Be Someone’s Baby

A cat raised a litter of six and one bonus kitten. Now, it’s her turn to be someone’s baby.

Fern the cat was turned into IndyHumane, an animal shelter in Indianapolis, IN, along with her litter of six. She was a wonderful mother from the start, catering to her kittens’ every whim.

While she was at the shelter, an orphaned tabby arrived as a singleton. The kitten was lonely and desperately needed a friend and socialization.

“Since she was about the same age and healthy, the shelter added her to Fern’s group, and Fern accepted her without any objections,” Jennifer, a foster volunteer of IndyHumane, shared with Love Meow. 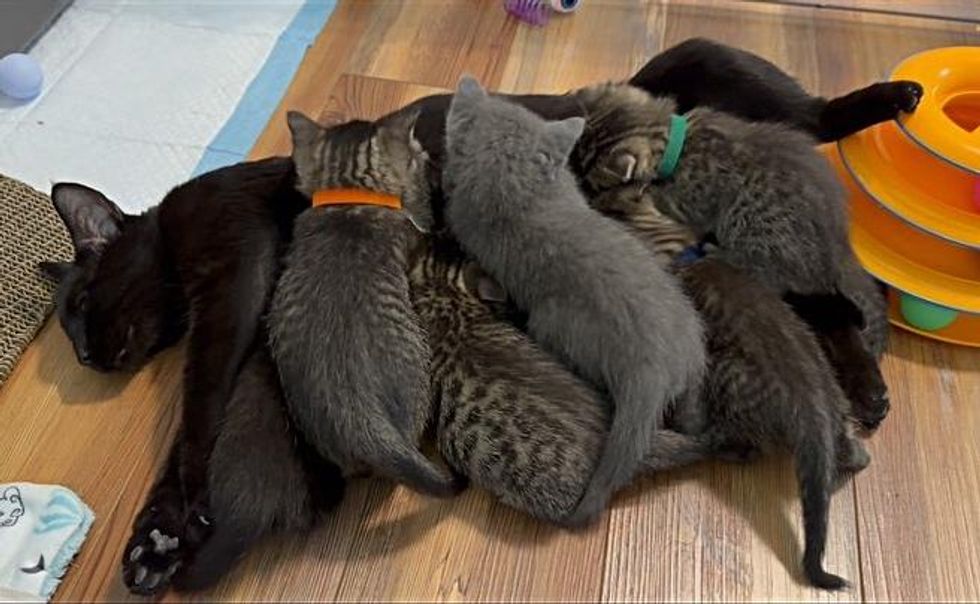 The family of eight were then taken into their foster home with Jennifer, so Fern could have a comfortable environment and someone to assist her to raise the demanding seven.

“She was a very attentive mama. The kittens were already weaning when they arrived, but she still let them nurse often and kept them really clean,” Jennifer told Love Meow. 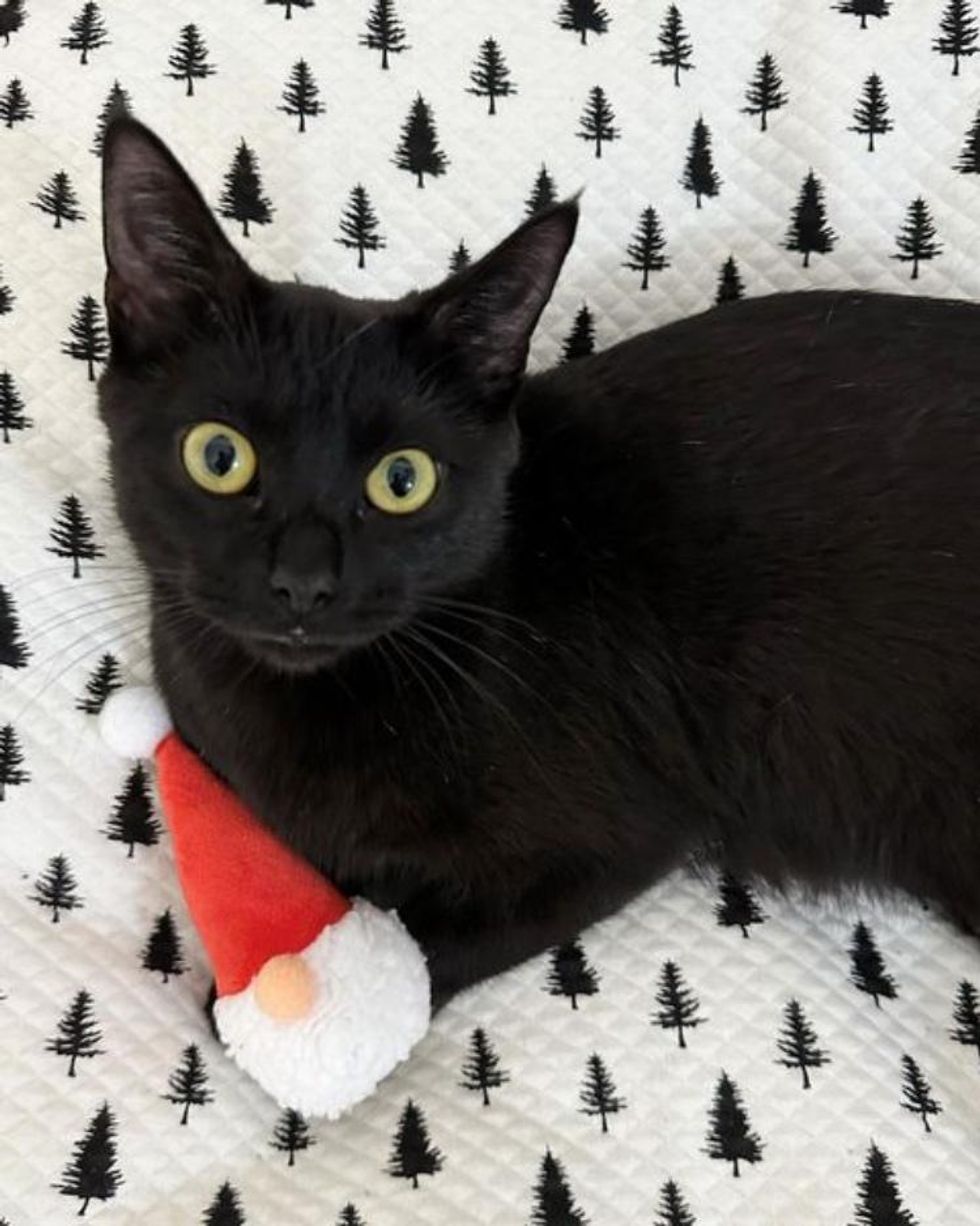 Jennifer provided a nursery with a pen where Fern could exit easily whenever she wanted a break from the kittens. She was so pleased to have extra room to stretch, relax and replenish.

“The kittens didn’t always all want to nurse at the same time, but when they did, they all eventually settled in and found a spot.” 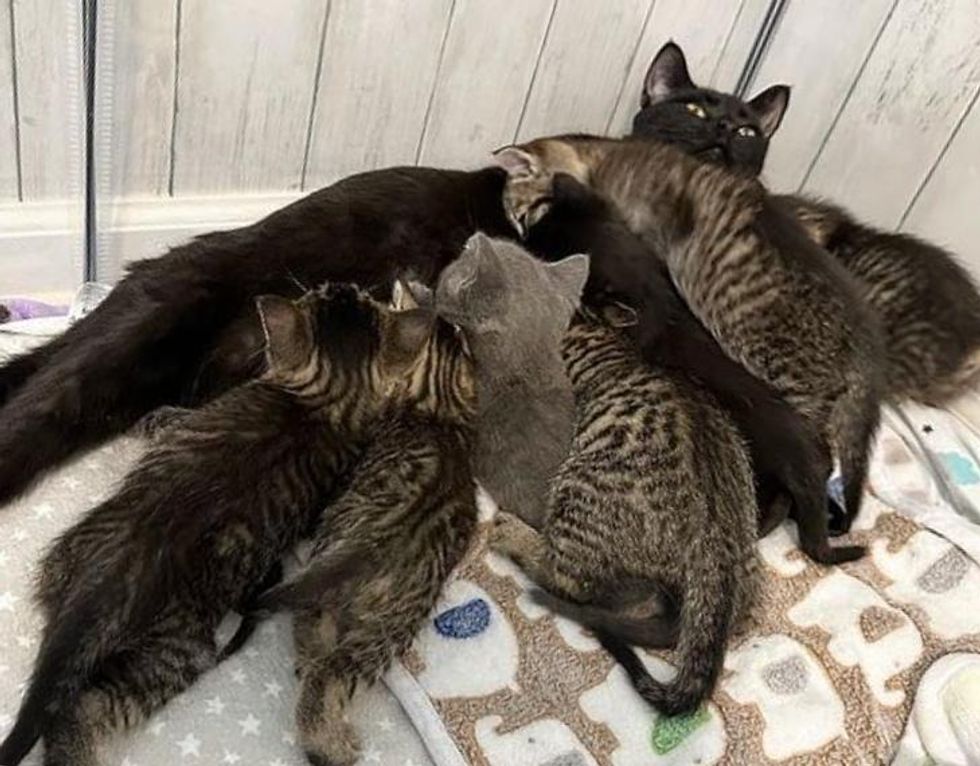 All seven kittens wanted milk at the same timeJennifer @newkittensontheblock

After filling their bellies to the brim, the littles would curl up in a cuddle-puddle and fall fast sleep. If Jennifer was in the pen, one by one, they would pile into her lap and purr up a storm.

With an all-you-can-eat buffet, complete daycare arrangements and a dedicated nanny, Fern was able to enjoy herself more. She would spend her time cuddling with her kittens or soaking up sun beams by the window. 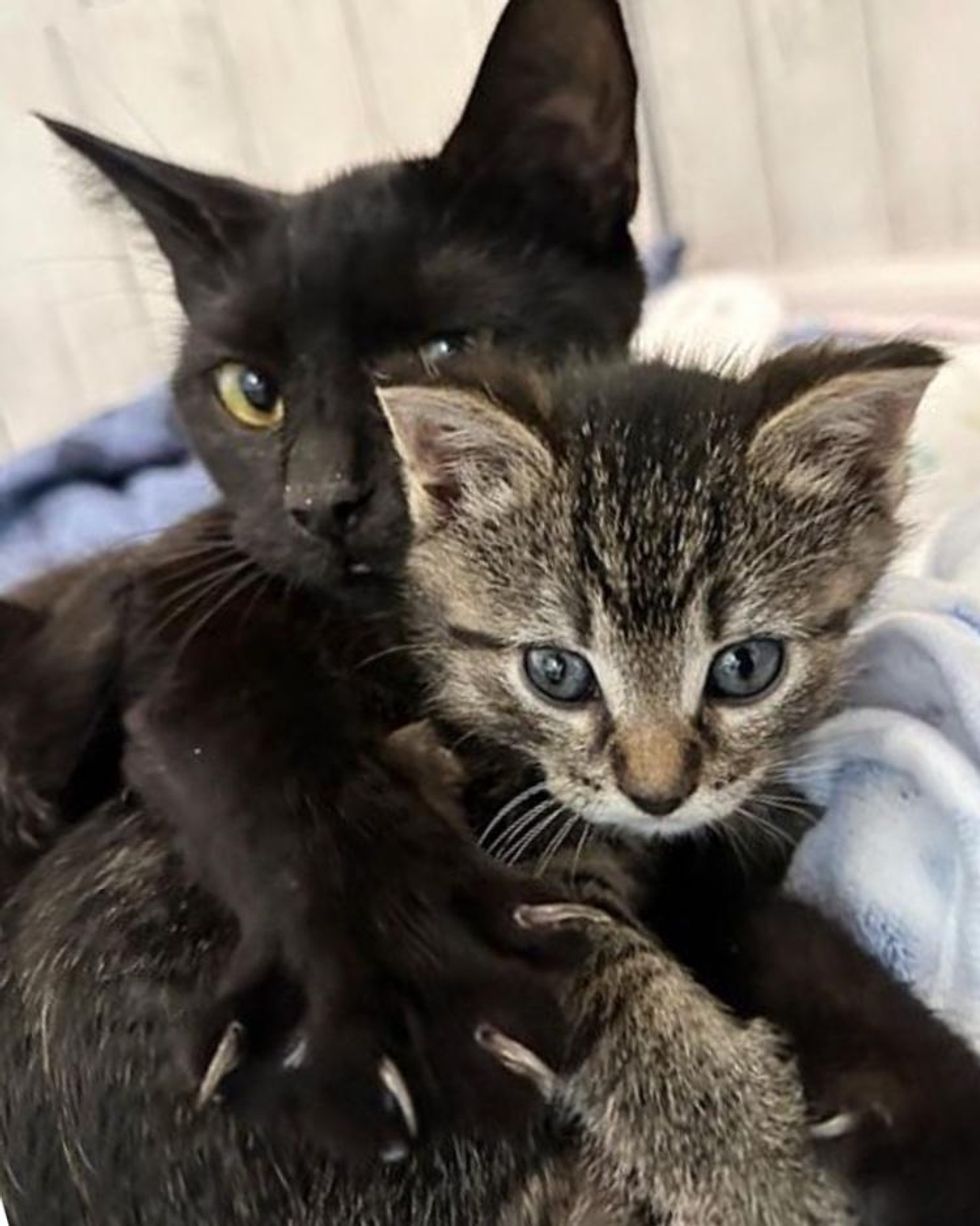 When the kittens were away for a vet visit, Fern was fully appreciative of the peace and quiet. As soon as her babies returned, she came running and started giving them each a thorough bath and plenty of snuggles.

Despite being weaned, several kittens insisted on nursing on their mama for comfort, and Fern didn’t mind at all. 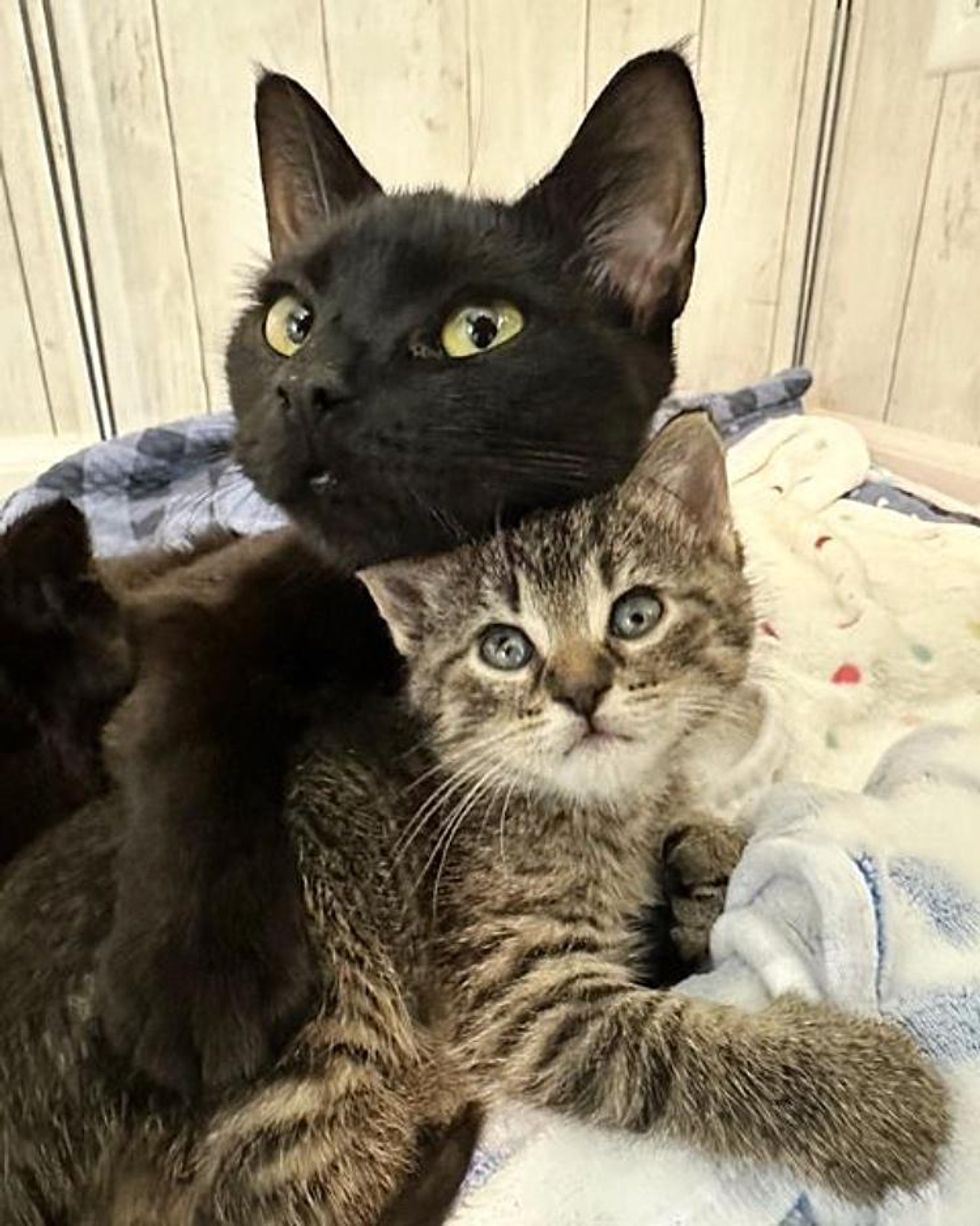 She continued to keep them clean from head to tail and shower them with cuddles and love.

At first, Jennifer didn’t know which one of the five tabbies was the bonus baby, but she began to notice that one of them followed a very different schedule than the others. 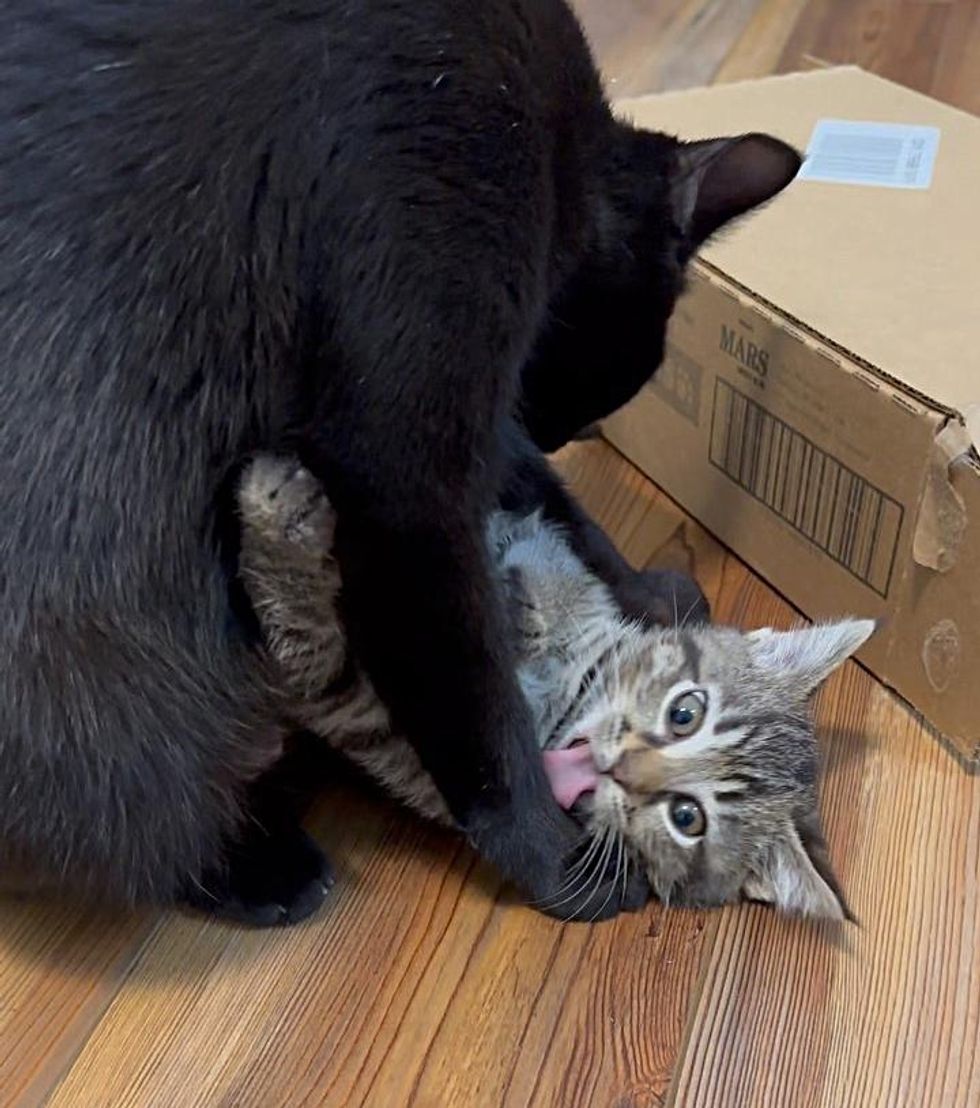 Aspen the kitten is believed to be the bonus babyJennifer @newkittensontheblock

“Aspen was often sleeping while the others played, and playing independently while they slept. She’s never really shown much interest in the milk bar. She is also the only one with long ear tufts, and her fur feels silkier.”

The seven blossomed into beautiful, independent young cats. It was then Fern started to take a backseat and let her kittens spread their wings and fly. 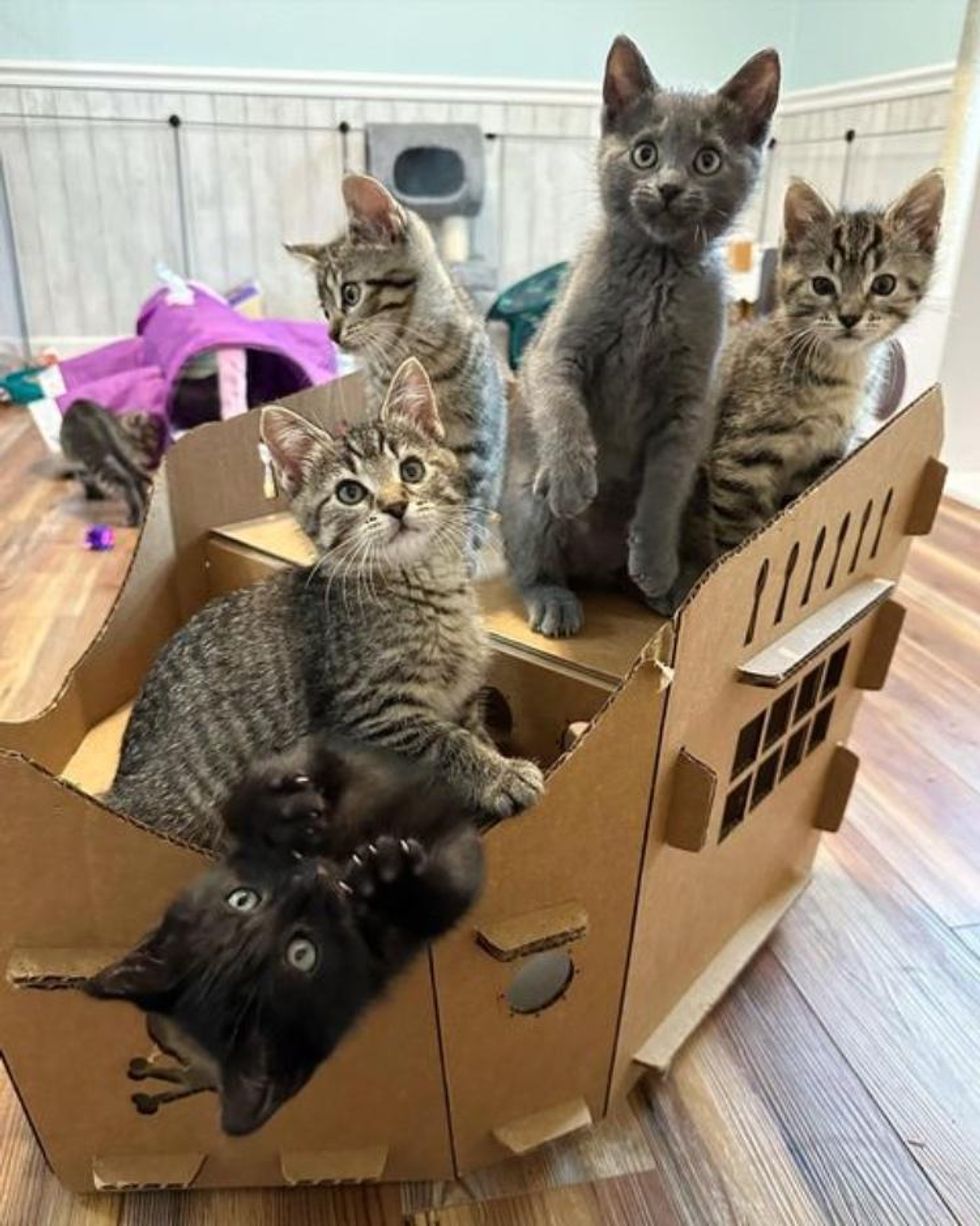 Once the kittens reached 2-3 pounds, Fern was ready to retire from motherhood once and for all. She demanded more attention and time from her people, and craved being the center of attention she so deserved. 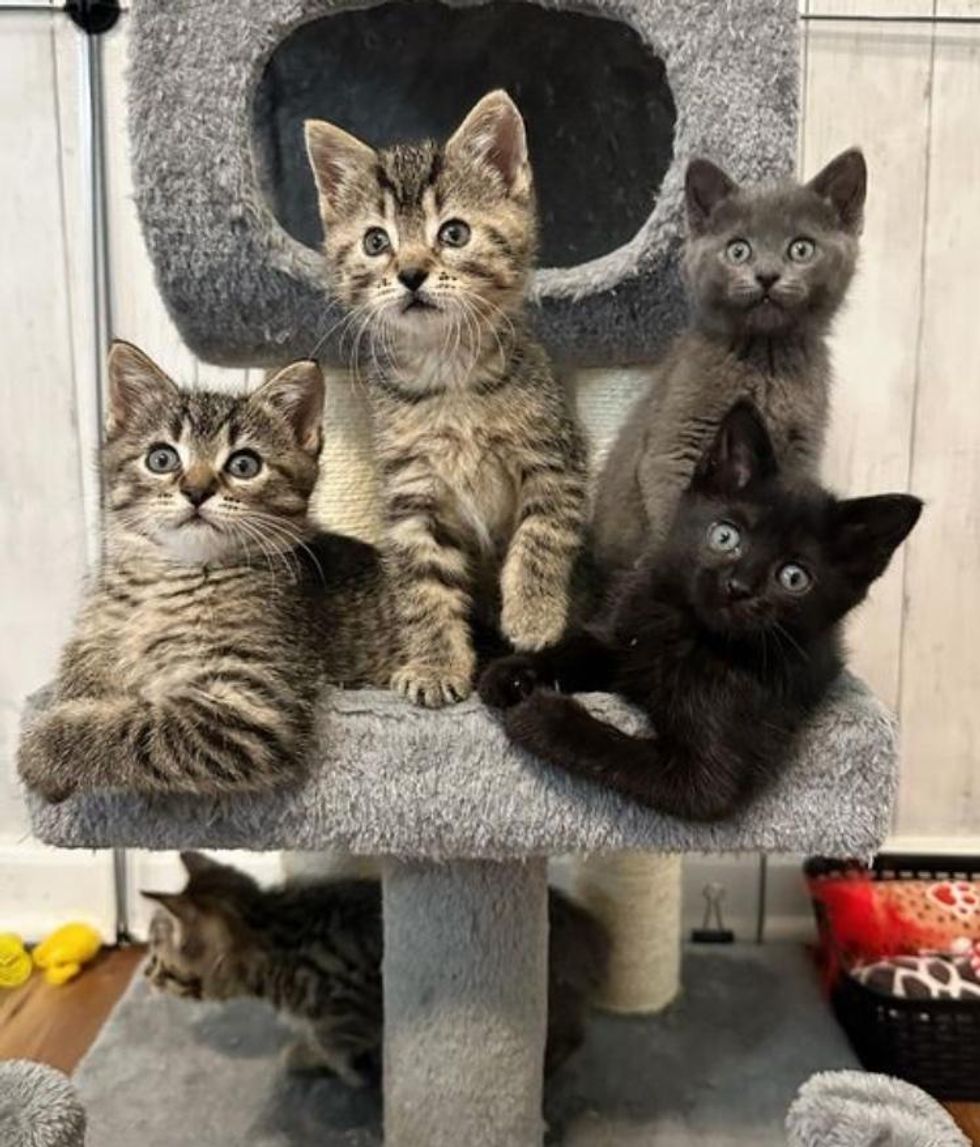 “She has been such a good mama and took amazing care of her babies. She kept them well-fed and pristinely clean,” Jennifer shared.

“She likes human affection and purrs when you pick her up. She will be so happy when she’s in her forever home and gets to be the baby herself.” 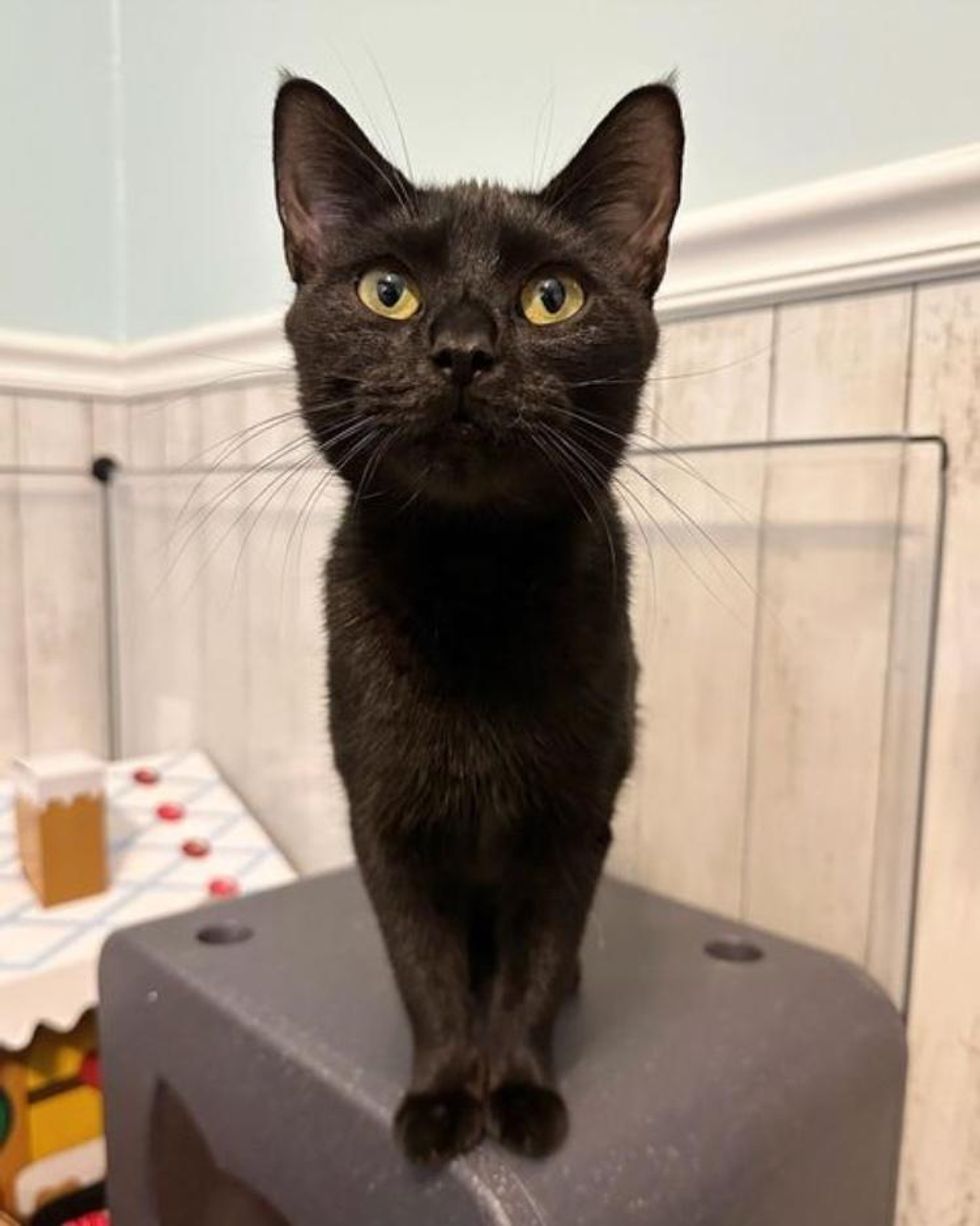 Share this story with your friends. More on Jennifer’s fosters on Instagram @newkittensontheblock. Fern and her kittens (Aspen, Cedar, Douglas, Fraser, Holly, Laurel, and Pinecone) will be available for adoption at IndyHumane @indyhumane.

Related story: Cat Walked Up to People for a Place to Stay, a Month Later, They Discovered She was Pregnant All Along

Why Does My Cat Lay on My Chest? The Surprising Reasons

Why Does My Cat Lay on My Chest? The Surprising Reasons