A stray cat came up to people asking for attention. Now, he’s a “giant bear” obsessed with face rubs.

A few months ago, Kuwait Animal Aid was notified about a friendly stray cat who was seen walking up to people for attention and food.

“According to the person who found him, this cat had spent many months outside,” the rescue shared with Love Meow. “He might look a bit grumpy with his teeth, but he is a huge ball of love.”

The disheveled cat came right up to rescuers and was eager for some pets. He was just skin and bones, covered in dirt, and missing patches of fur. 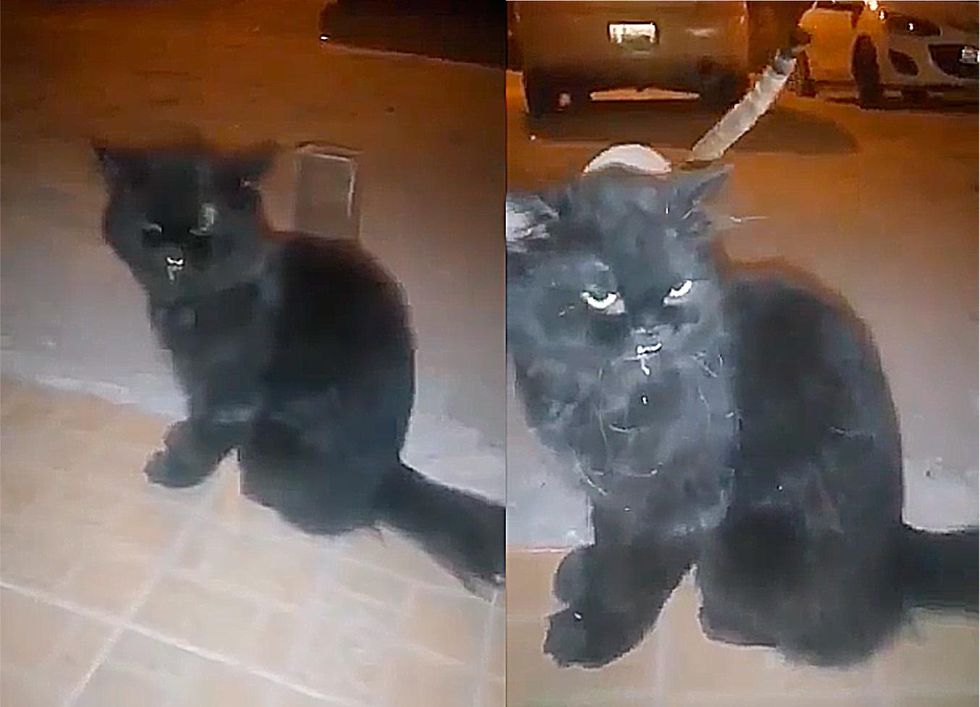 He was found wandering the streetsKuwait Animal Aid

It was clear that he had some skin condition and needed immediate medical attention.

With the help of volunteers, the sweet cat was brought to safety that day, and was treated to a much-needed spa day where he was cleaned from head to tail. 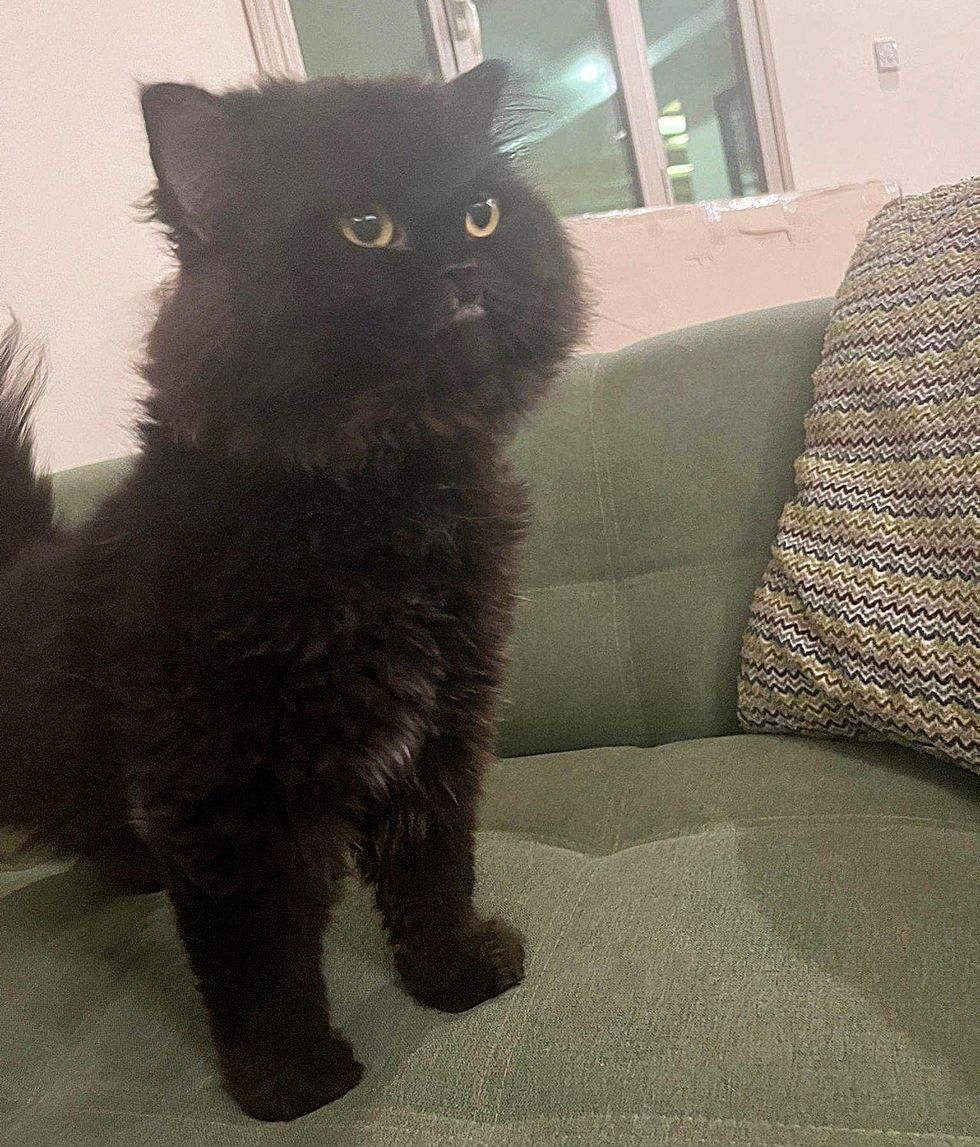 Dracula is so happy to be indoors againKuwait Animal Aid

The friendly cat named Dracula had a lot of filling out to do. He came to his foster home where he was treated for ringworm and other health issues.

Dracula felt right at home in his new space. He was so comfortable that he plopped down on the floor and started kneading with his paws. Soon, he was on his feet again, asking for attention from his caretaker. 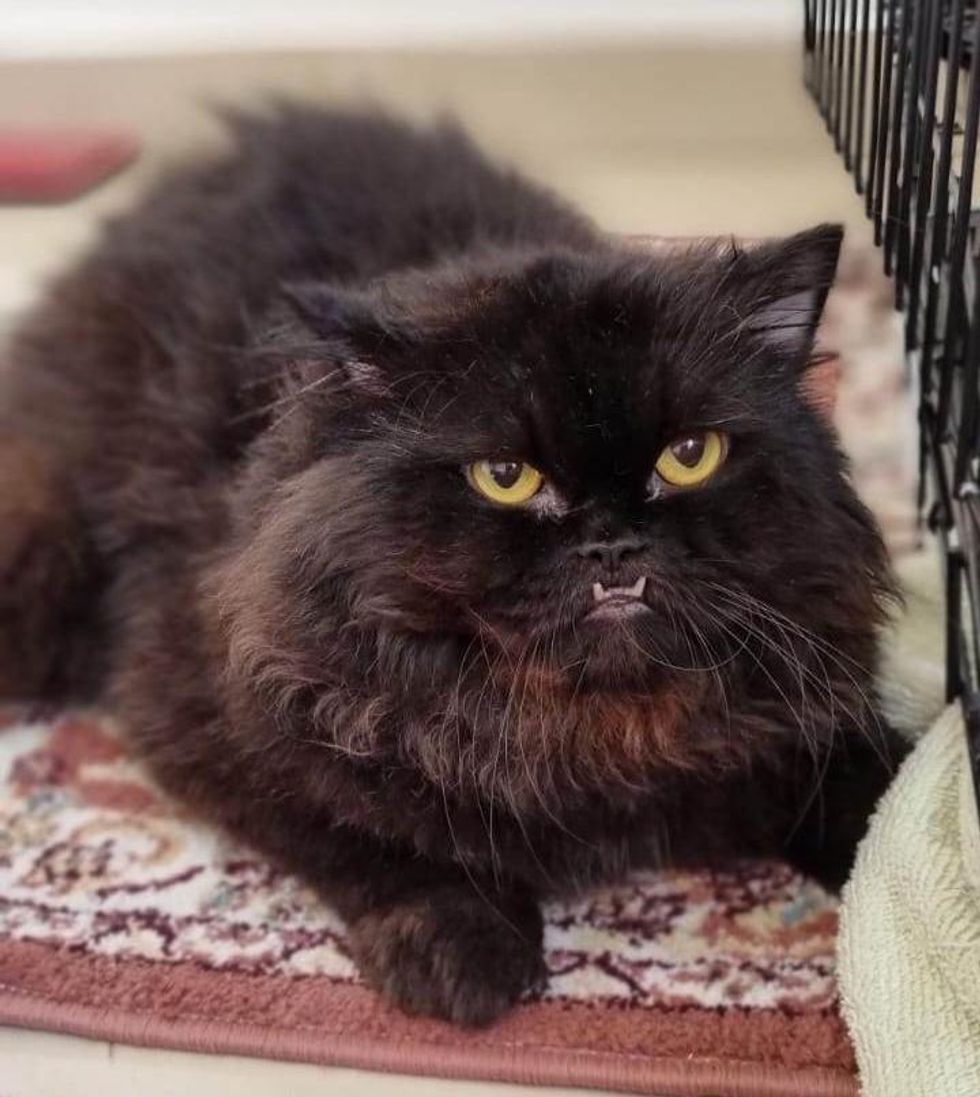 He liked to extend one of his front paws and tap on his human ever so gently to get what he wanted. Dracula had been starved of affection for so long and was determined to make up for lost love.

With a safe abode, good food and care, he healed up nicely and his fur grew back to its original glory. 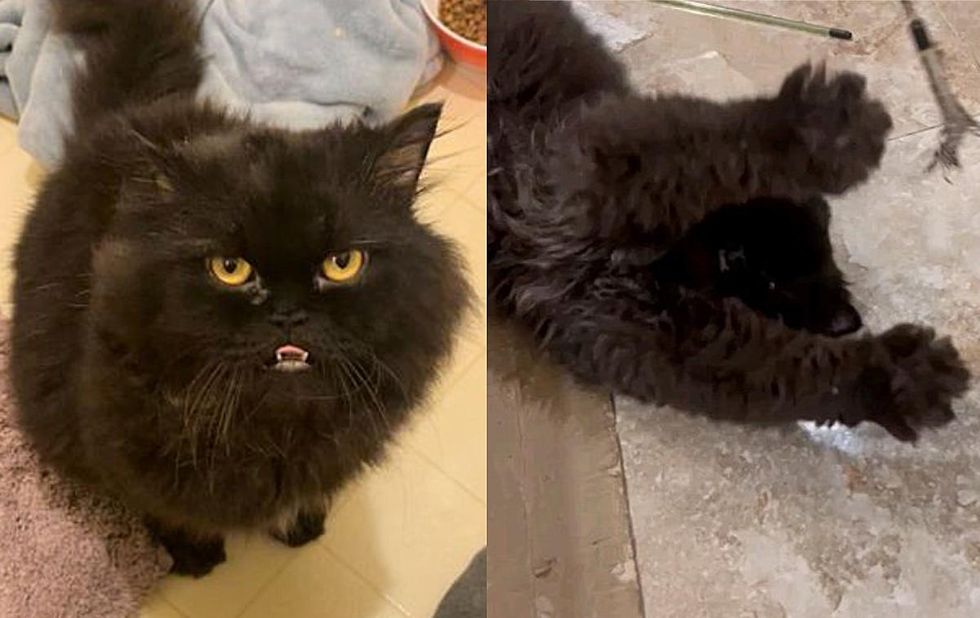 He is very gentle and adores snugglesFriends for Life Rescue Network

Dracula turned into a “giant bear” with a sweet, gentle heart and a penchant for snuggles.

Kuwait Animal Aid rescues abandoned animals from the streets of Kuwait, and works with many rescue partners in the United States to help the animals find their forever homes. 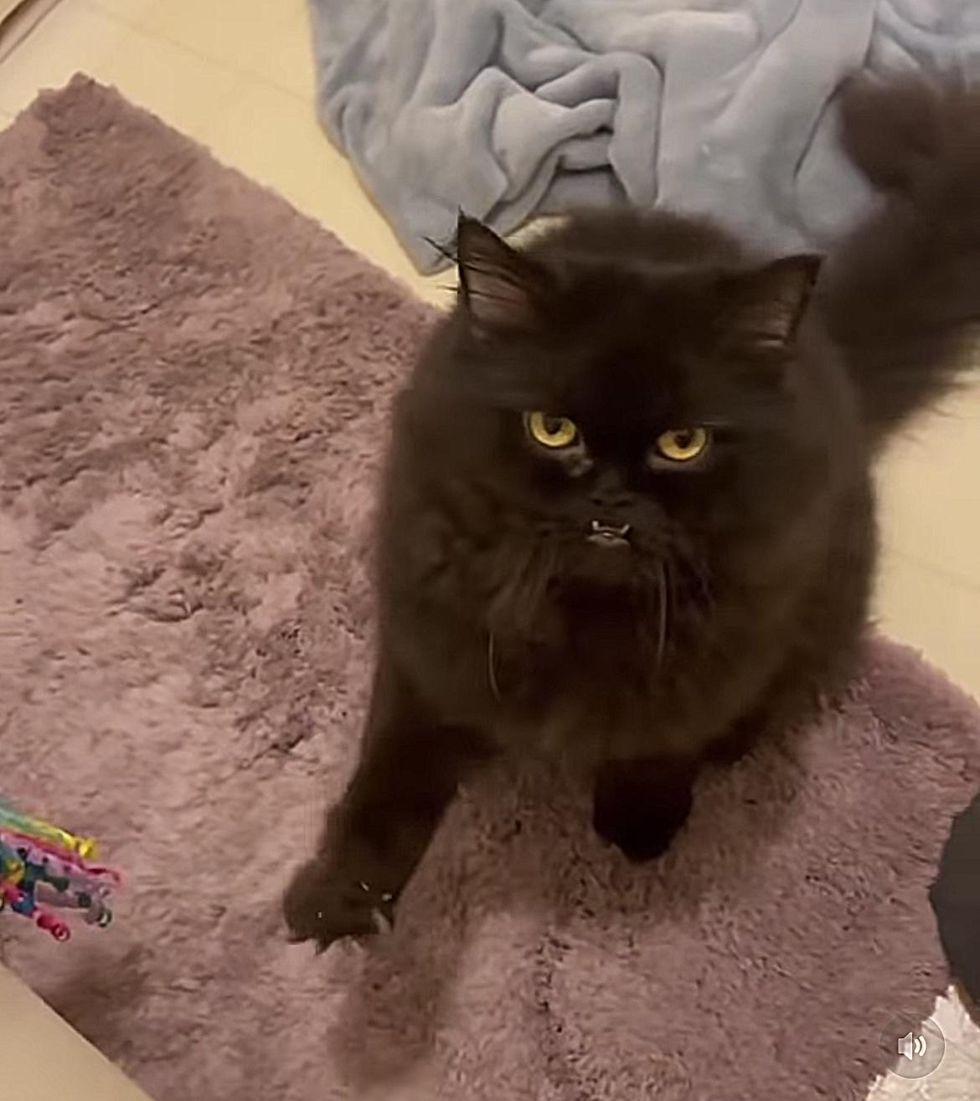 Dracula was flown across the ocean and arrived at Friends for Life Rescue Network (in Southern California) a few days before Christmas. He was immediately welcomed into a loving home by his new foster mom, Jane.

“When I first got him, he was super chill. He hung out in my half bathroom and barely made a noise,” Jane told Love Meow. 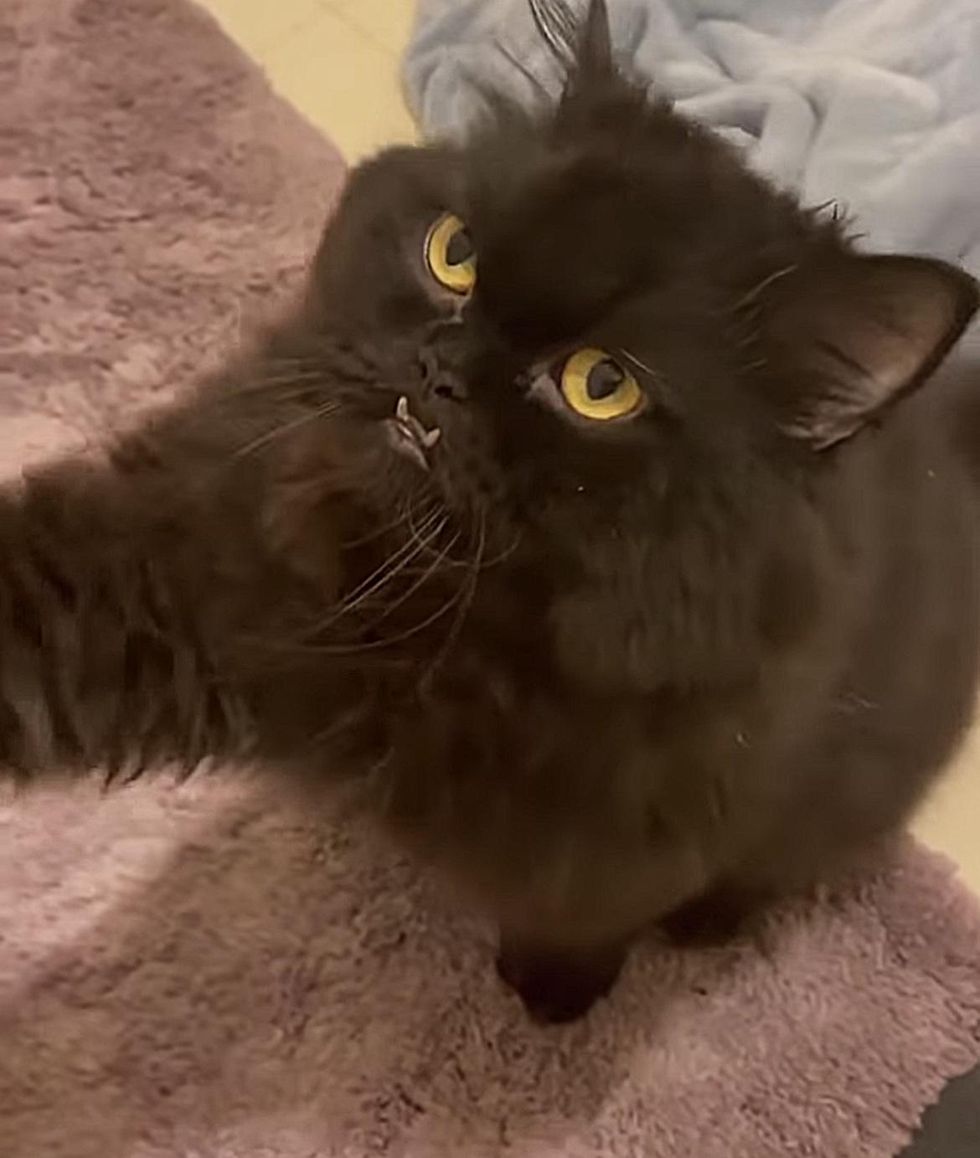 Jane would go in and spend time with Dracula to help him acclimate to the new surroundings.

“He’s always purring and very friendly. He’s not afraid to let you know he missed you. Sometimes when I walk by him, he puts his paw out to try and play.” 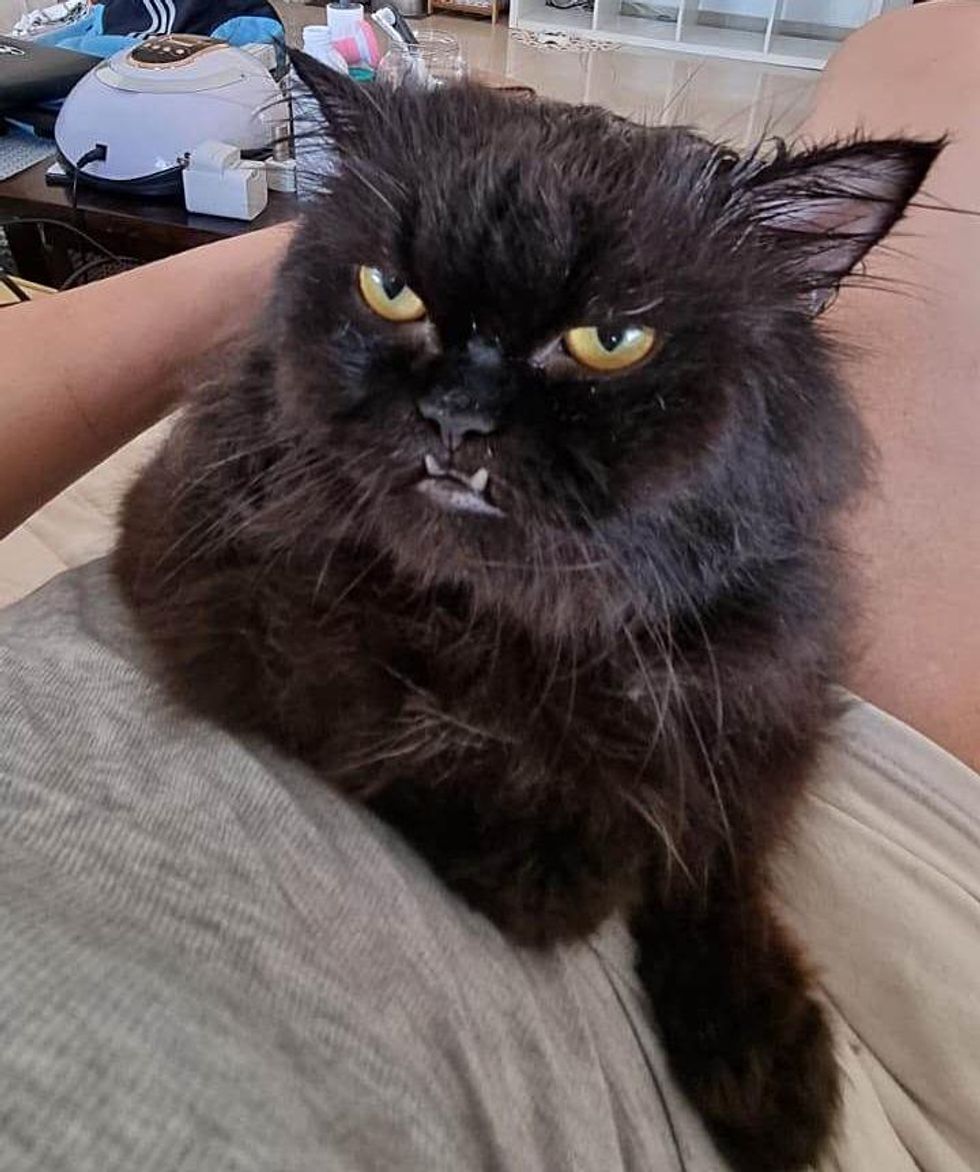 Dracula got to enjoy the holidays in the comfort of a loving home. He learned that sitting on a warm lap brought him joy and that he would never have to worry about food and shelter. 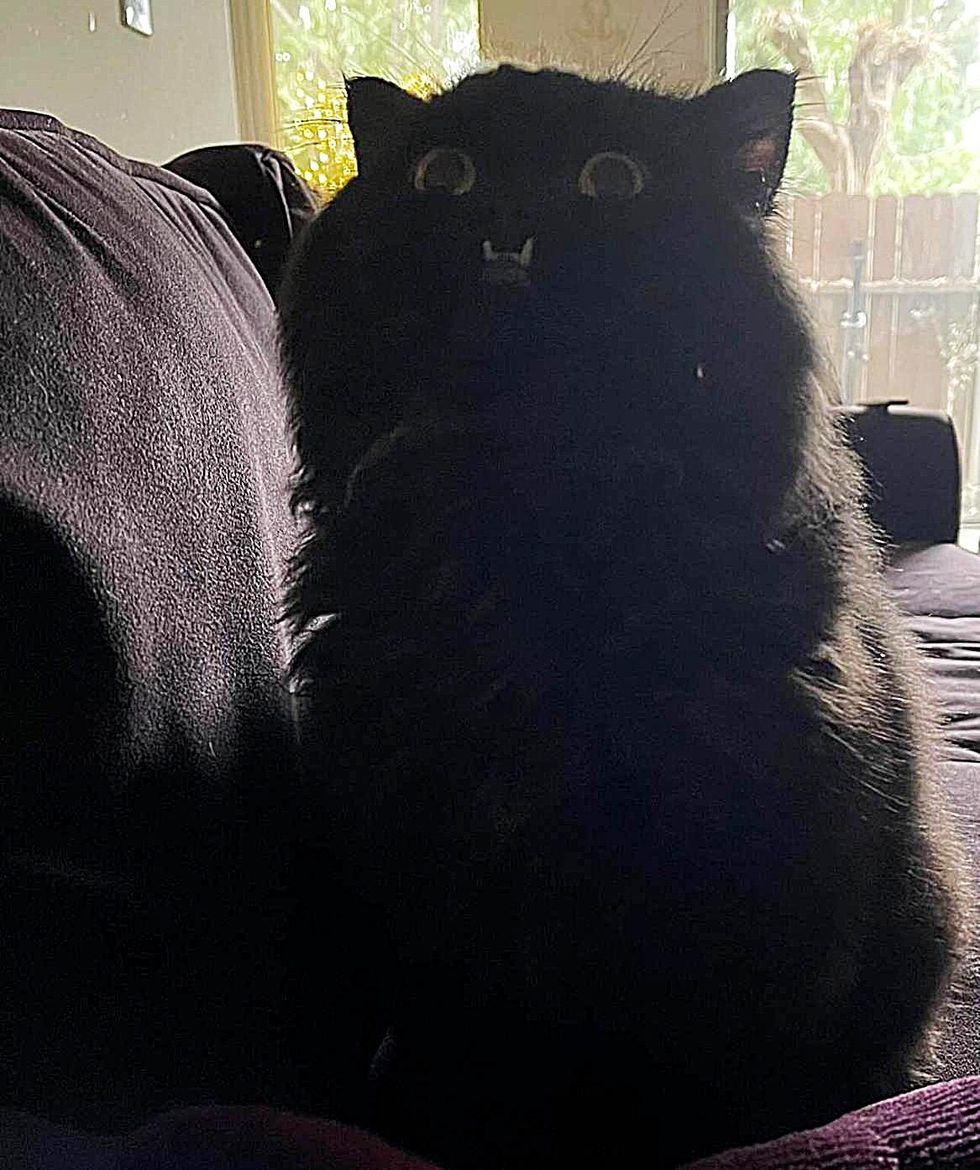 He is the sweetest boy, a giant teddy bearFriends for Life Rescue Network

“His favorite toy so far has been this little mouse. He goes crazy for it. He loves getting his head and face rubbed. I think he might be the perfect cat,” Jane added. 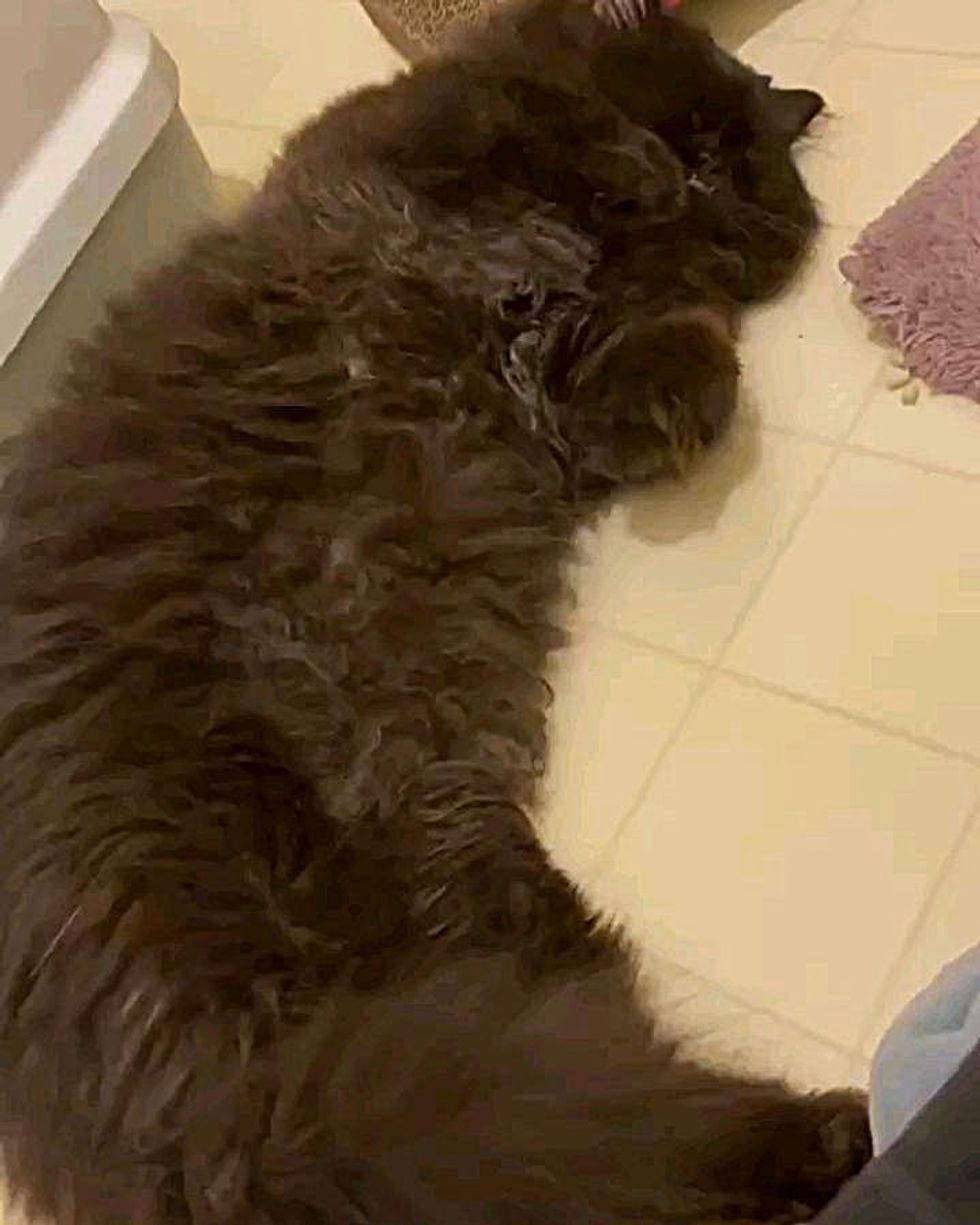 Dracula loves his new life as an indoor cat and indulges in plenty of face rubs and snuggles every day. 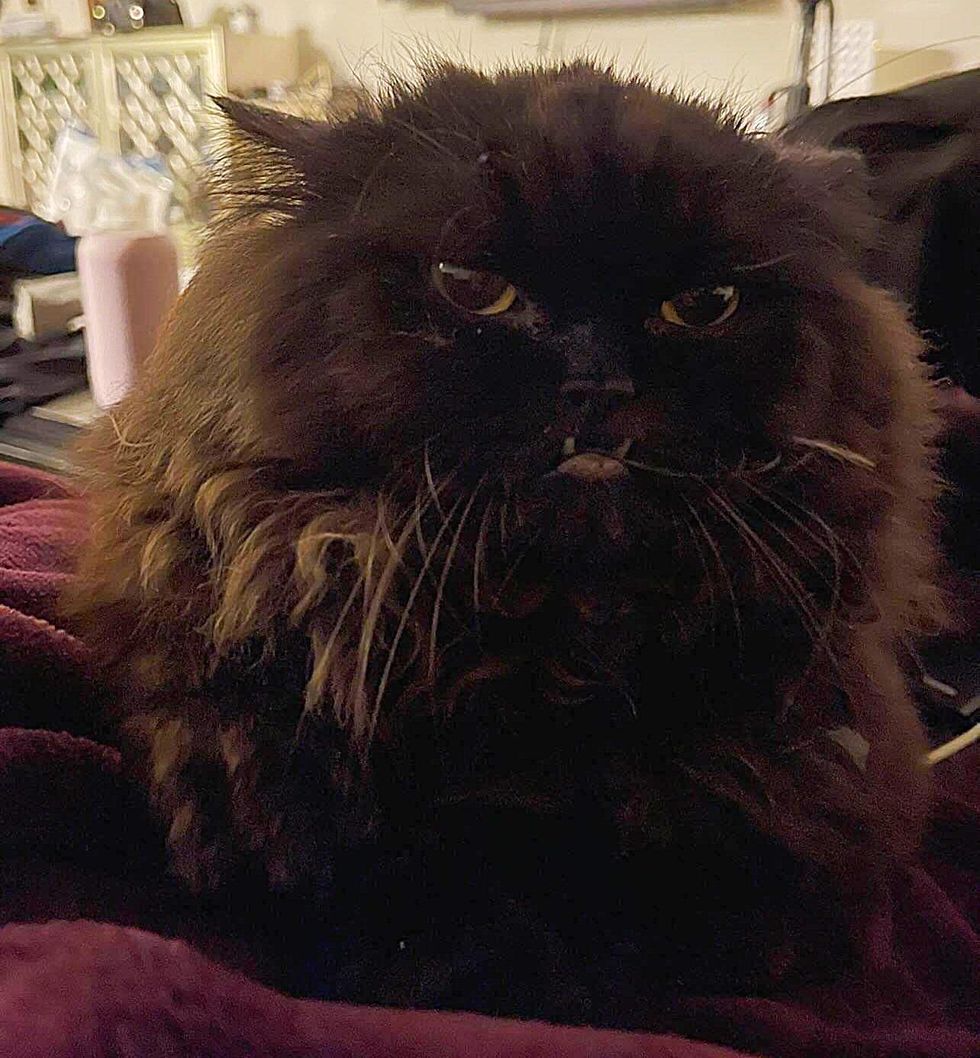 Related story: Cat Roaming the Streets Most His Life, Shows Up Outside a Window As He’s Ready for Change

Can Cats Tell If You’re Pregnant?