Cat Waits Outside a Home and Decides to Move in, Now He Has Many Things to Cuddle

A cat waited outside a home one day and decided it was time to move in. Now, he has many things to cuddle.

Stefany and her mother, animal rescuers from Canada, have helped many stray or abandoned cats in their area. Through their local rescue, Chatons Orphelins Montreal, they get them fixed, vetted and find them good homes.

Over time, many strays have found their way to their yard for food and shelter. One day, a new face showed up outside in a distance, eyeing on the spread of cat food.

He appeared to be very shy and waited along the perimeter until Stefany went back inside. 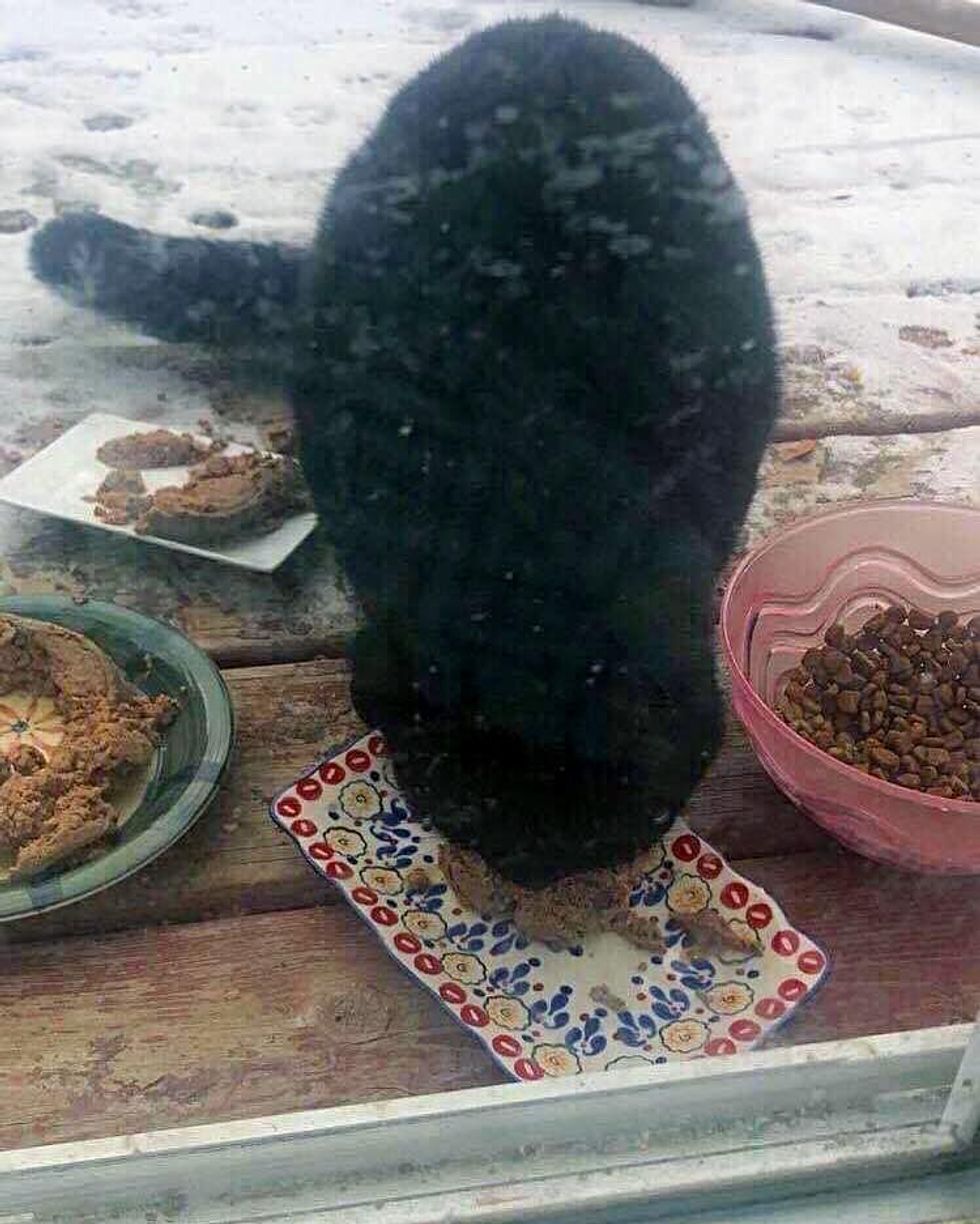 He showed up outside a home for foodChatonsOrphelinsMontreal

“He then came to devour everything with a voracious appetite. After that, he kept coming back for more,” Celine Crom of Chatons Orphelins Montreal shared.

As time went by, the cat became bolder and more comfortable around his food providers. When the temperature dropped to bitter cold, he returned, but this time, he had a different plan. 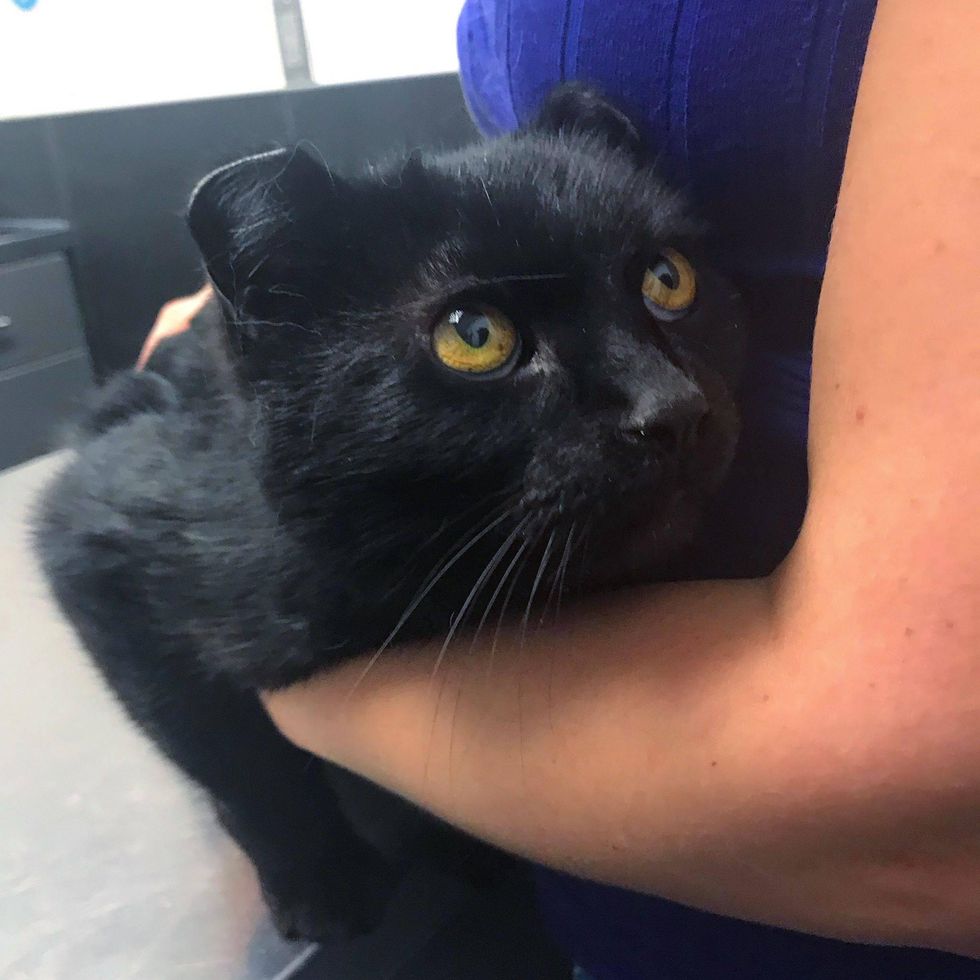 He decided to move indoors one day and never looked backChatonsOrphelinsMontreal

“He waited in the yard until Stefany came out with the food. When she opened the glass door, he walked straight into the kitchen. He threw himself at her feet and never once tried to run away.”

Stefany picked him up and cradled him in her arms. She was pleasantly surprised that the cat didn’t resist her affection. She gave him a room complete with a litter box, a bed, and food. After stuffing his face, he curled up in his new crib and fell fast sleep. 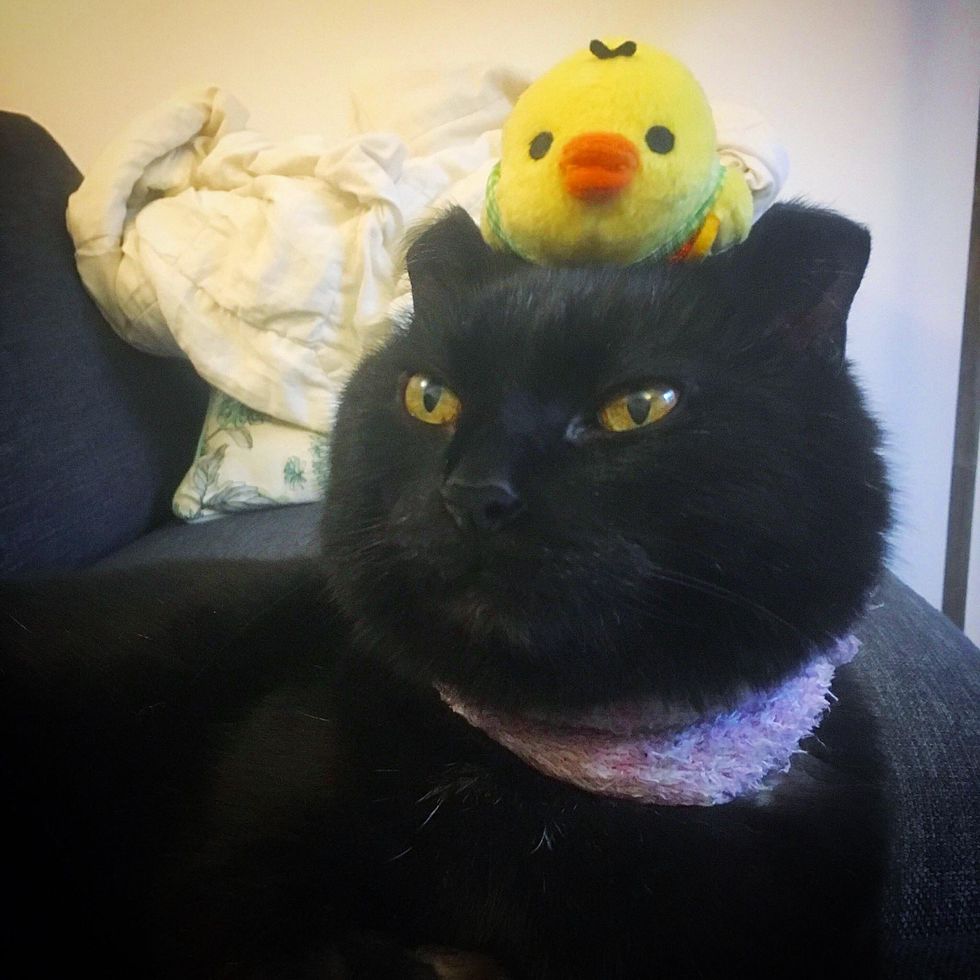 The cat was named Oscar, and he came with a pair of ears that seemed to have weathered several harsh Canadian winters, with scars from frostbite. It was clear that he didn’t belong in the outdoors as he was eager to be loved.

“He showed tremendous gratitude towards his rescuers. He would rub his face against their cheeks and wanted to cuddle with them all the time,” Celine shared. 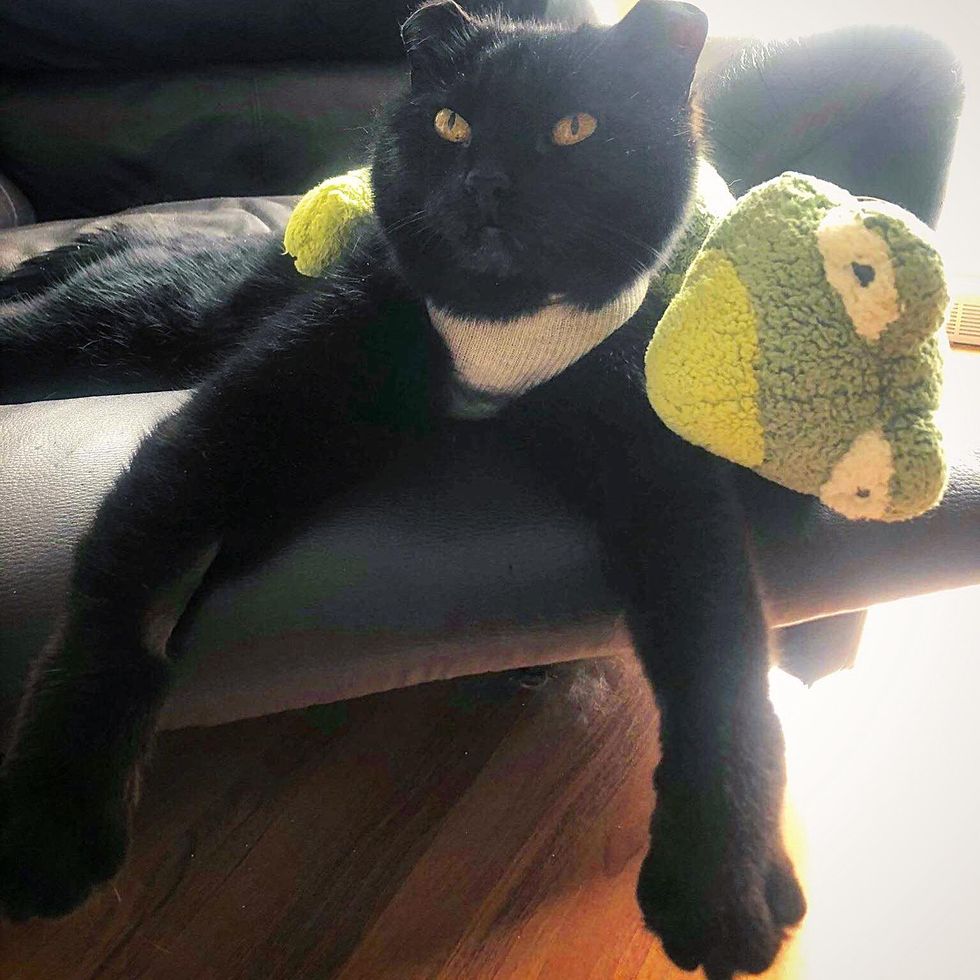 Oscar was given many snuggle toys to keep him companyChatonsOrphelinsMontreal

Stefany soon discovered that Oscar had a lump in his neck, which turned out to be a cyst (possibly due to an old injury).

After surgery to remove the mass, Oscar started his healing process in a foster home with volunteer Gabrielle. He donned a neck scarf or a sweater to protect his stitches. 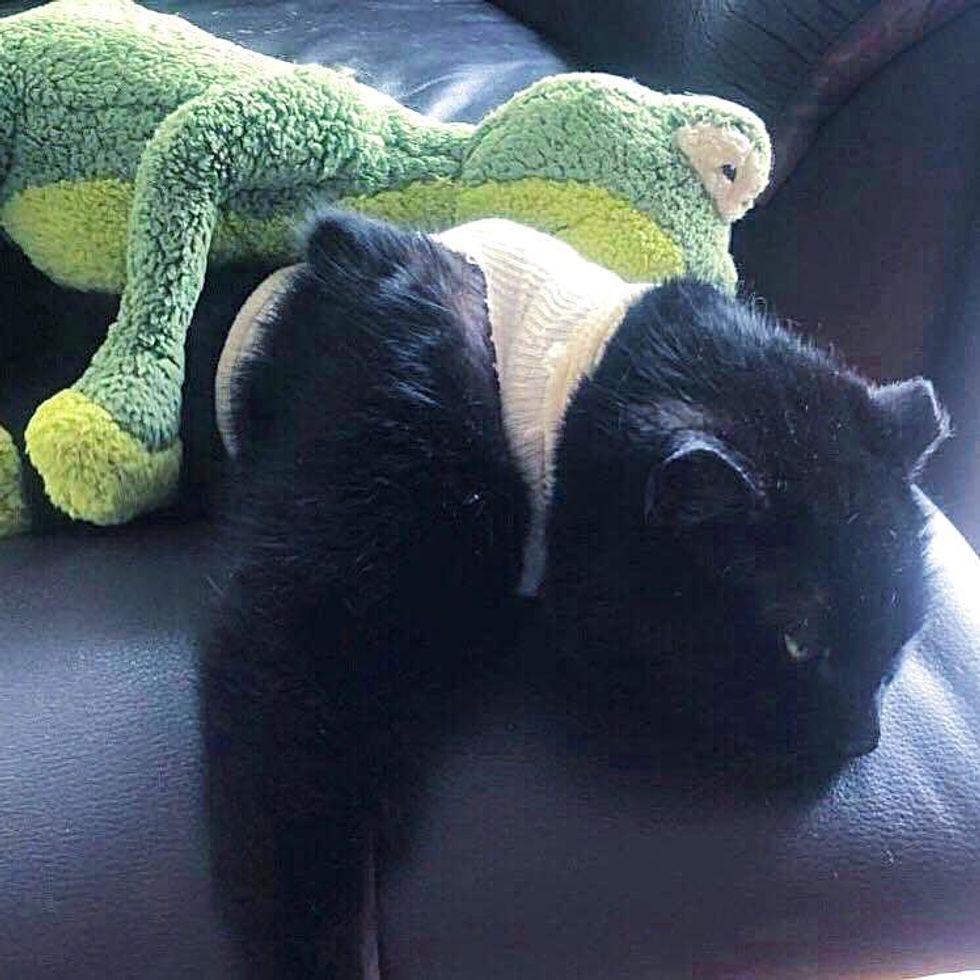 While he was on the mend, he was gifted plenty of snuggle buddies to keep him company. He would cuddle with his trusty frog and snooze next to his tweety bird.

“He slept a lot at first. As he recovered, he became curious about everything around him, and constantly asked for attention.” 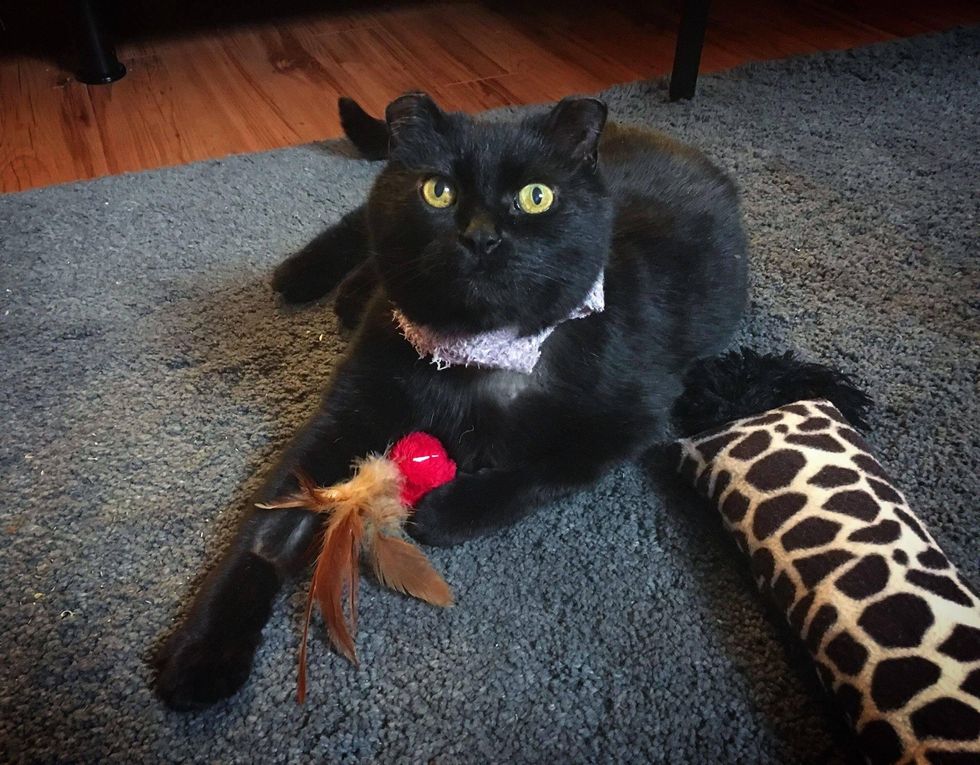 Nothing makes Oscar more jovial than being cuddled by his people. He will nuzzle into their hands to signal that it’s time for a hug.

“Gabrielle showered him with all the cuddles she could supply.” 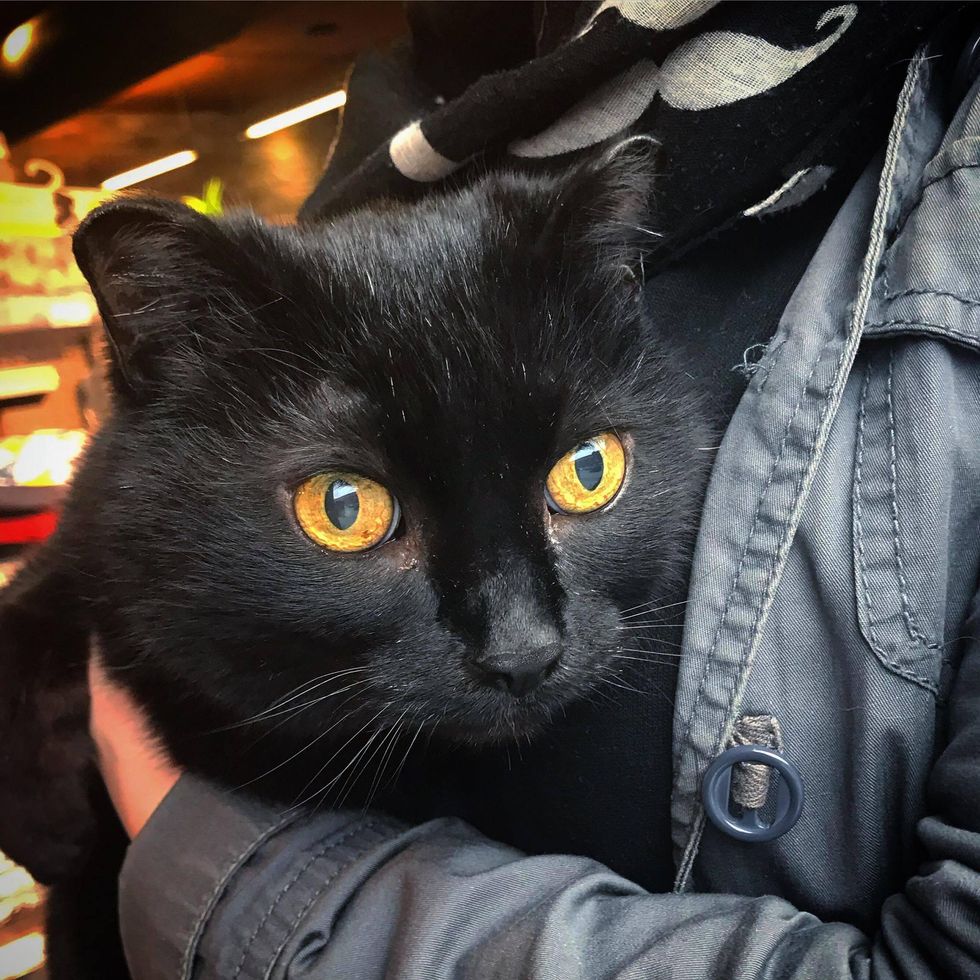 Nothing makes him happier than being cuddledChatonsOrphelinsMontreal

After a few weeks in foster care, a family opened their hearts to Oscar and welcomed him into their loving home. The sweet boy was overjoyed to have a place of his own and people to love on forever. 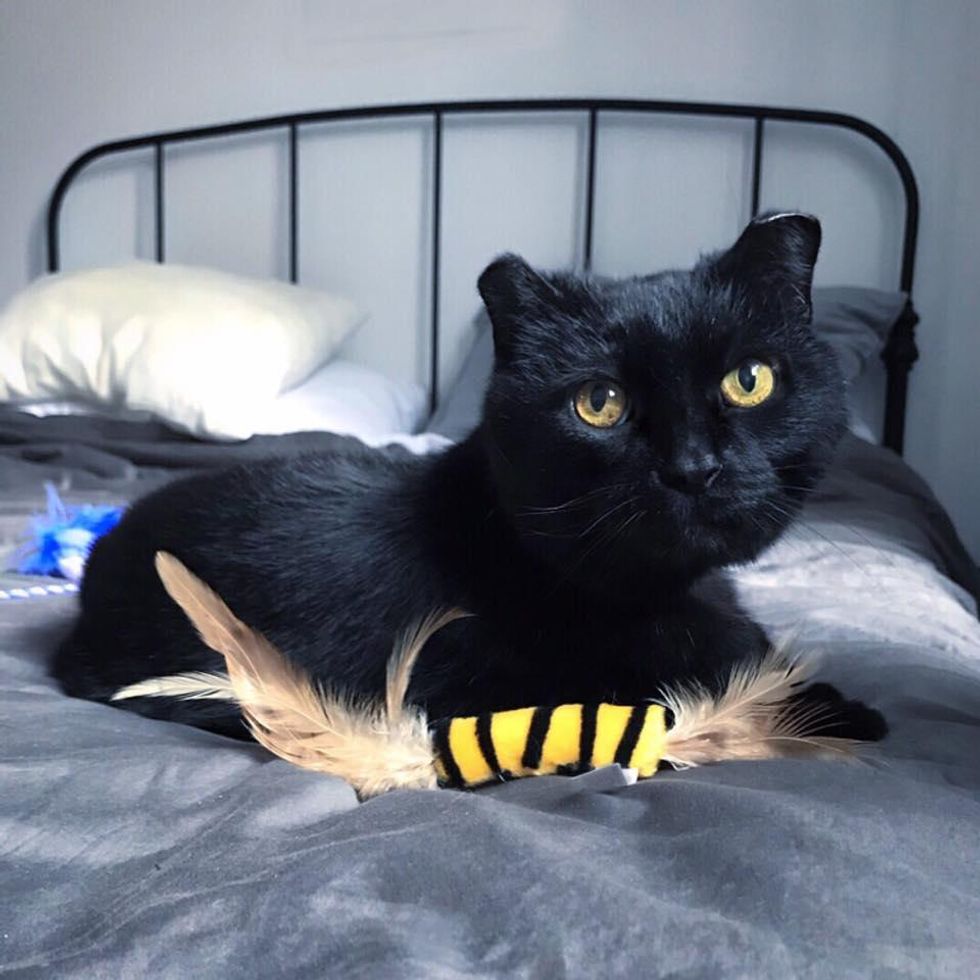 Oscar has found his forever homeChatonsOrphelinsMontreal

Now, he gets endless cuddles from his loving humans, and has fur siblings to hang out with every day. 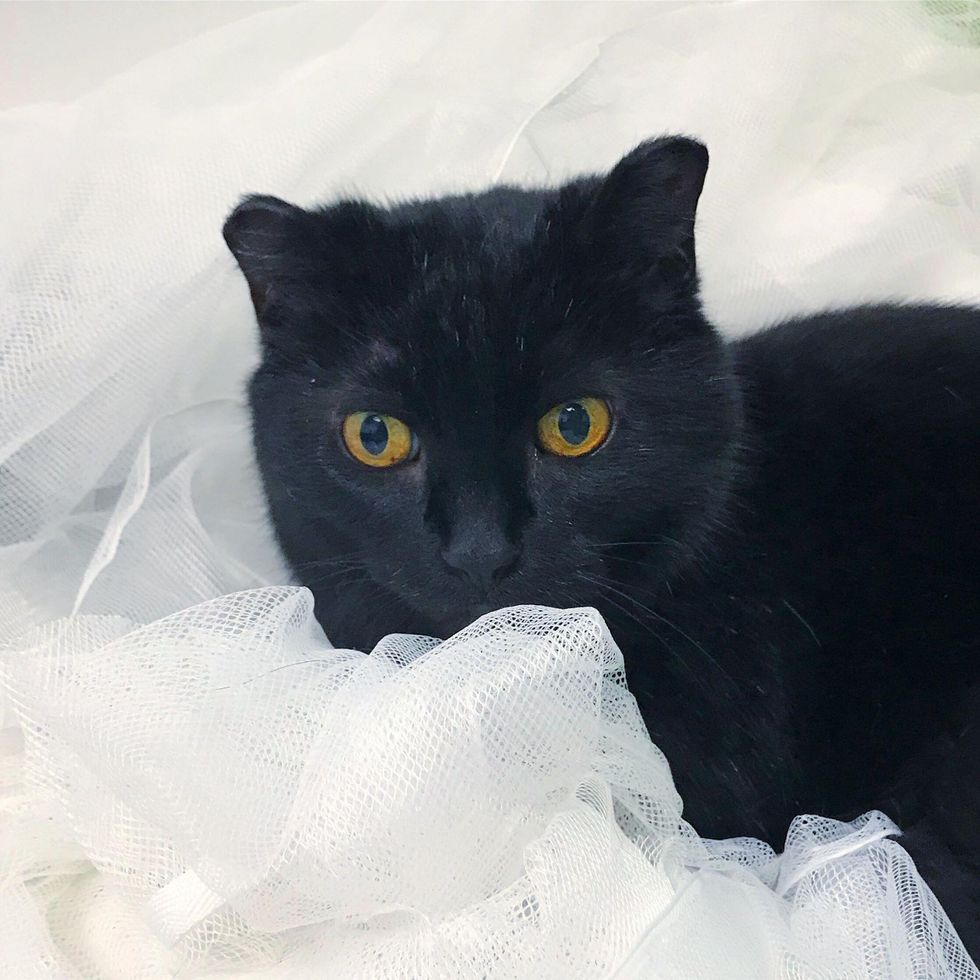 Related story: Lonesome Kitten Comes Running to a Litter of Four and Decides He’ll Be Their New Brother

How can I Keep my pet Entertained Indoors?

What Colors Can Cats See?

What Colors Can Cats See?

Stray Cat Leads Store Owner to Kitten During the Cold, Now They Have New Year in Comfort and Warmth