Two kittens stand like humans and always have each other through their journey to a very happy ending.

Caroline Grace, founder of Baby Kitten Rescue, was contacted about two orphaned kittens who had been found outside.

Their cat mother never returned for them. When the finder scooped them up, she noticed that both kittens had limb abnormalities. They were in rough shape and suffered from a host of health issues.

Caroline took them in without hesitation and started giving them supportive care and feedings around the clock. 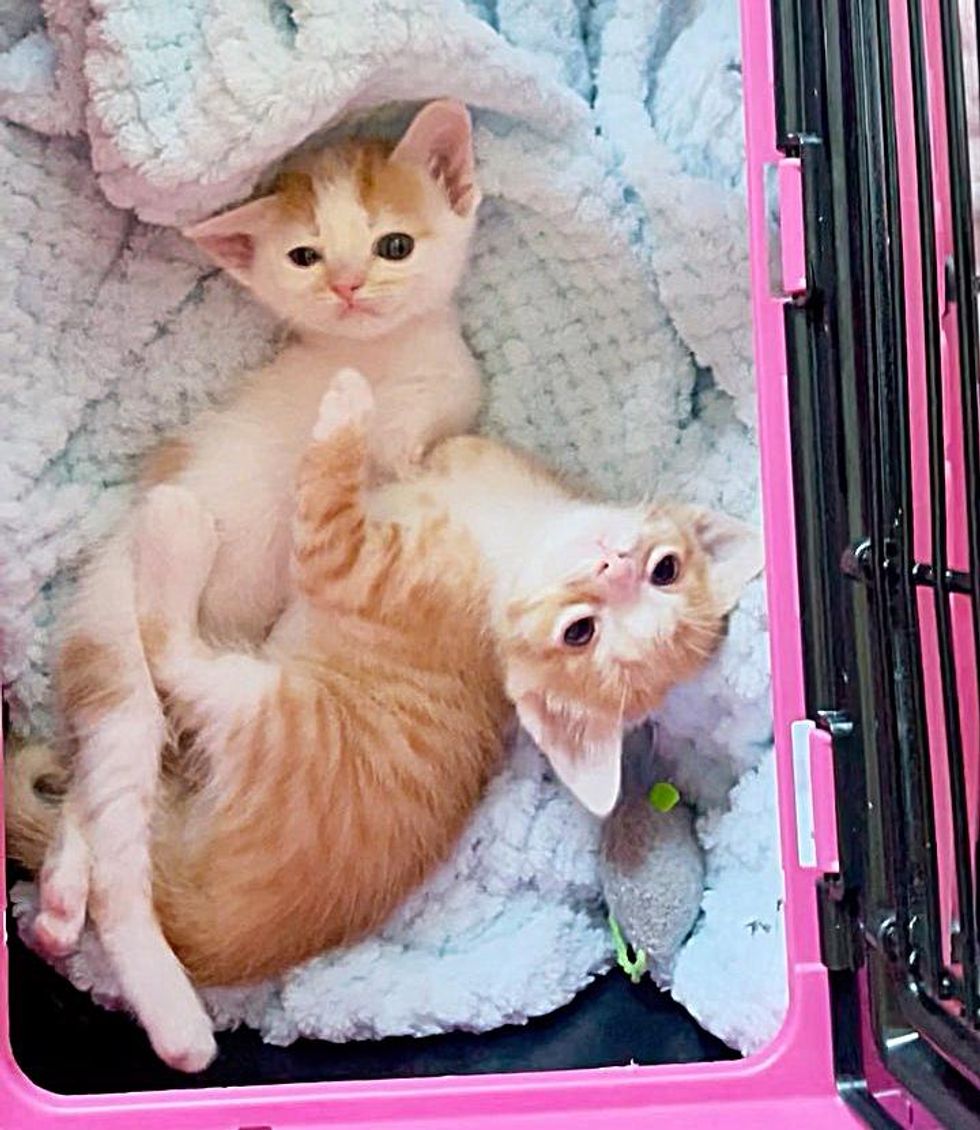 They were found outside as orphansBabyKittenRescue

With painstaking efforts and plenty of TLC, the kittens were on the mend. In just a few days, the white and orange kitten, Bunny, kicked her sickness to the curb and regained her ravenous appetite.

No more pesky fleas, runny noses, and upset stomaches as the two scrambled back up like warriors. 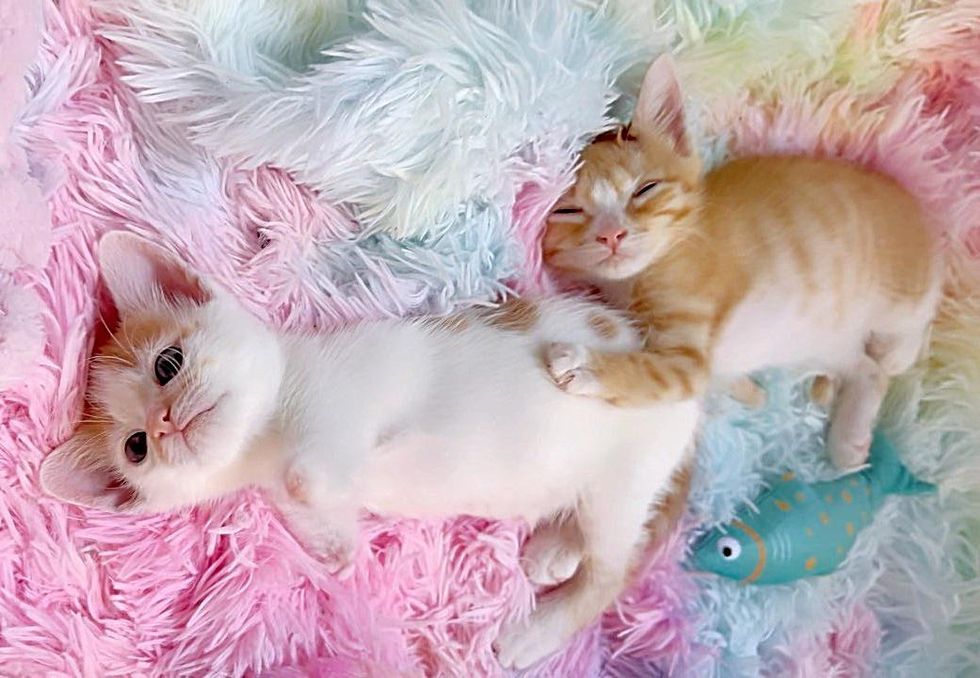 Bunny was born missing her two front limbs, but as she worked up her strength, she figured out how to stand and hop around on her hind legs.

Her brother Otter (orange tabby) came with several congenital conditions: hydrocephalus (fluid builds up in the head) and an encephalocele, in which part of the brain protrudes through the skull. 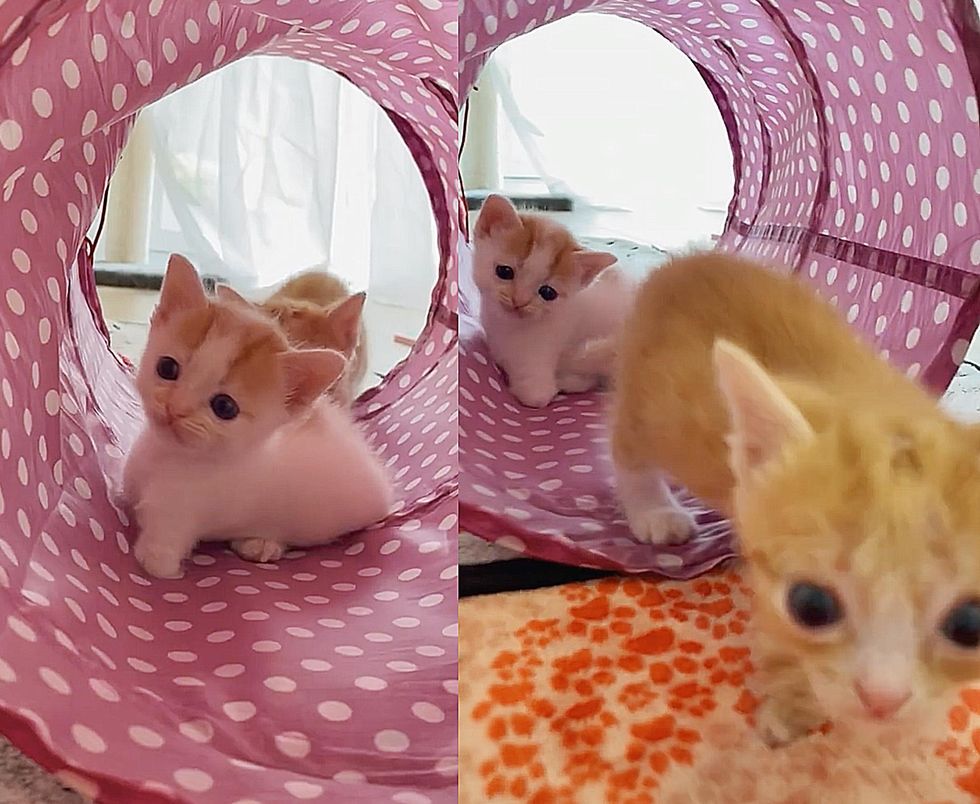 They didn’t let anything hold them backBabyKittenRescue

Otter’s condition is extremely rare, and he would need protection for his brain. When he was big enough, he would require surgery to correct the hole in his skull.

A kind person offered to make a custom-fitted helmet, and it worked like a charm on the sweet boy. 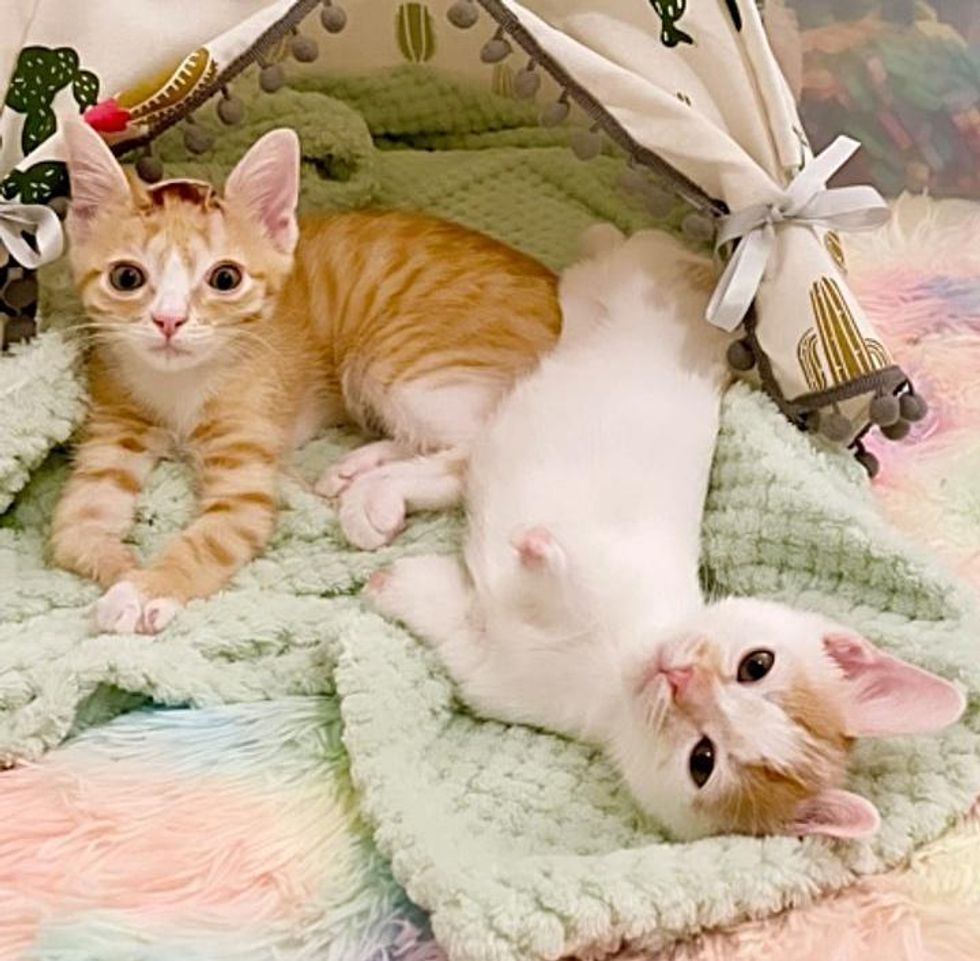 Otter also has limb abnormalities, but he is not in any pain and doesn’t let anything hold him back. He is enamored with his sister and will wrap his body around her to sleep.

Once they graduated into a spacious playpen, their playful, boisterous side came right out. “They were discovering toys, and they were both using the litter box,” Caroline shared. 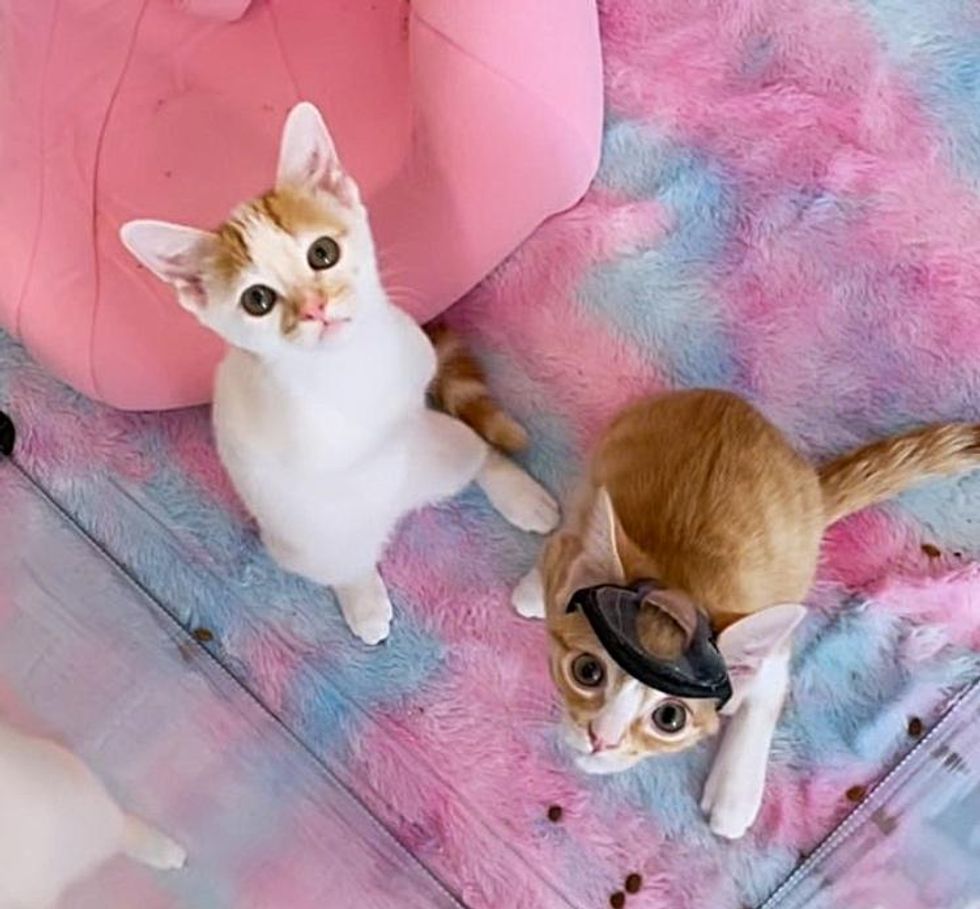 Otter wore a custom-made helmet to protect his brainBabyKittenRescue

“Bunny was starting to stand on her back legs. She was getting stronger and more stable.”

One day, she managed to single-handedly pull off an impressive escapade by pushing through one of the nursery panels with only two hind legs and a ton of might. 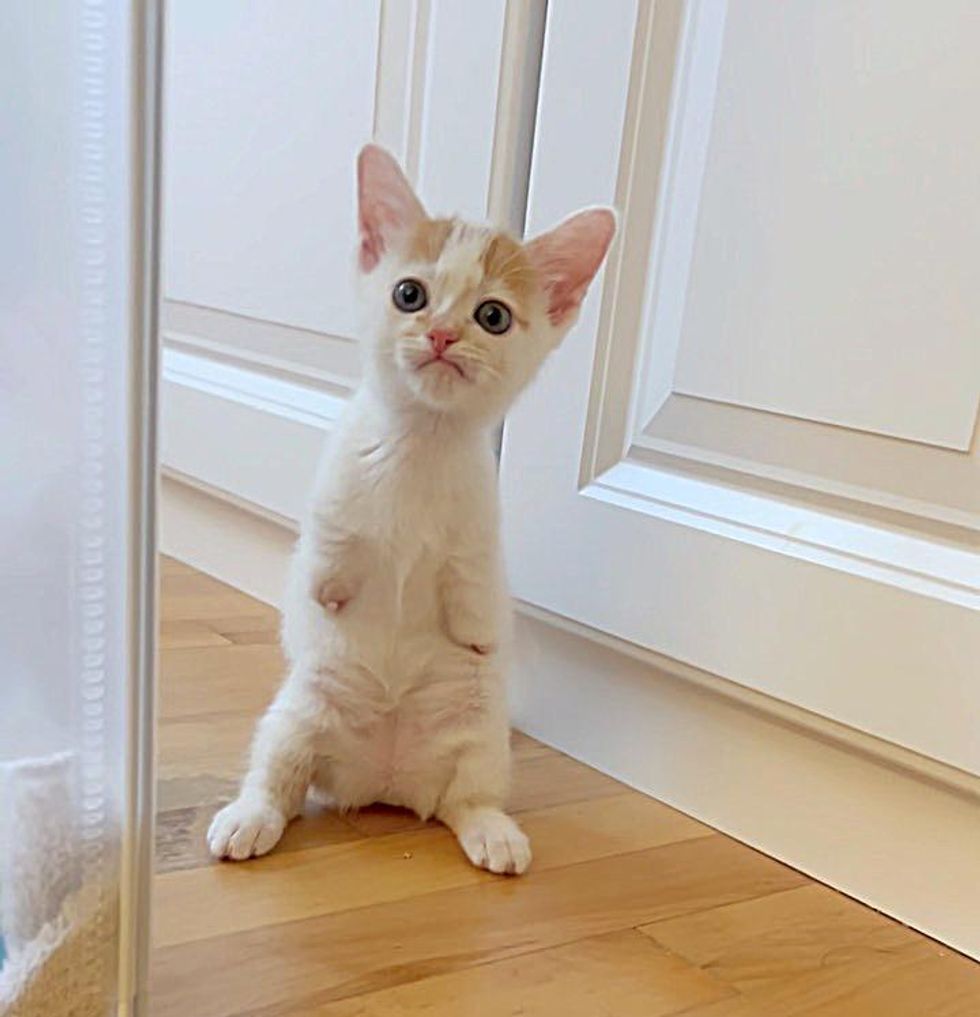 Bunny can walk on her hind feet like a proBabyKittenRescue

With a special care routine, treatment, and a safe, padded environment, Otter made incredible strides each day. Remarkably, he recovered from hydrocephalus.

“He is braver at trying new things, while Bunny typically watches him first, then tries it. If he’s stressed (such as being on a car ride), Bunny will calm him down by staying relaxed and snuggling him.” 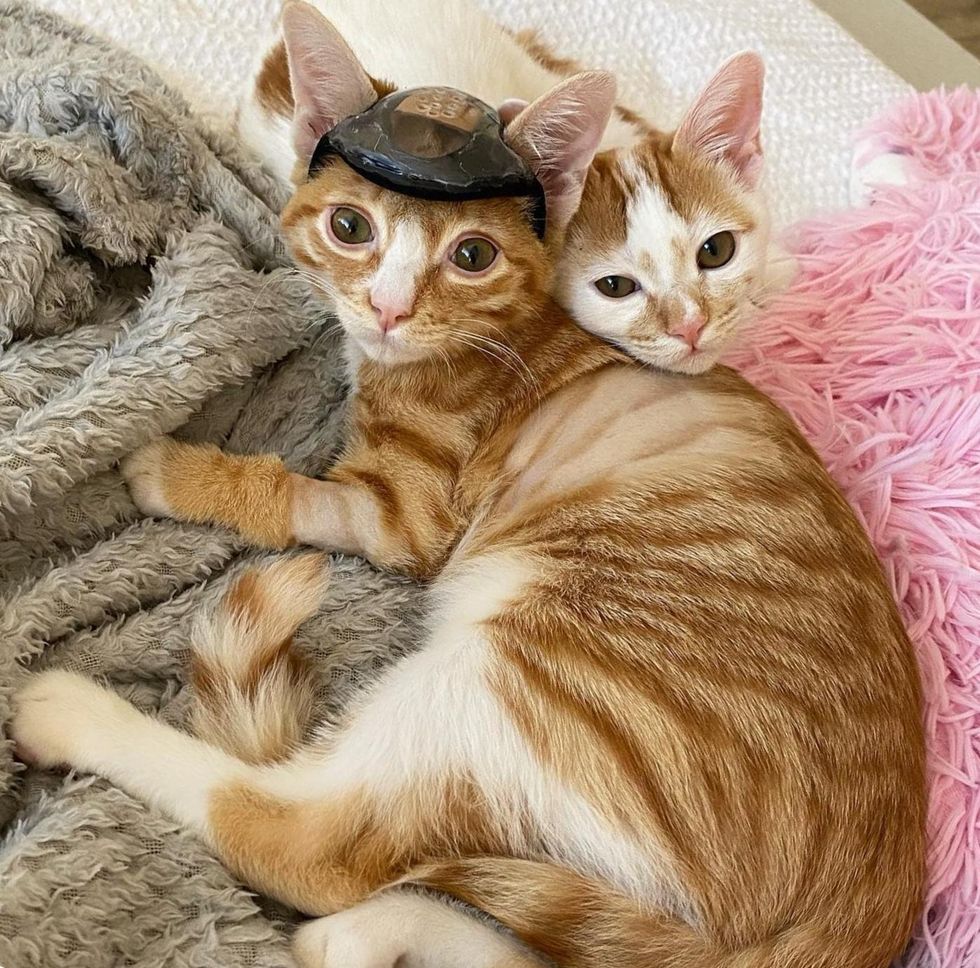 “It’s become clear that they are bonded and need to stay together.”

Otter grew into a beautiful tabby cat and was ready for his cutting-edge surgery at UC Davis, where they would repair the opening in his skull. The procedure went smoothly with no complications. 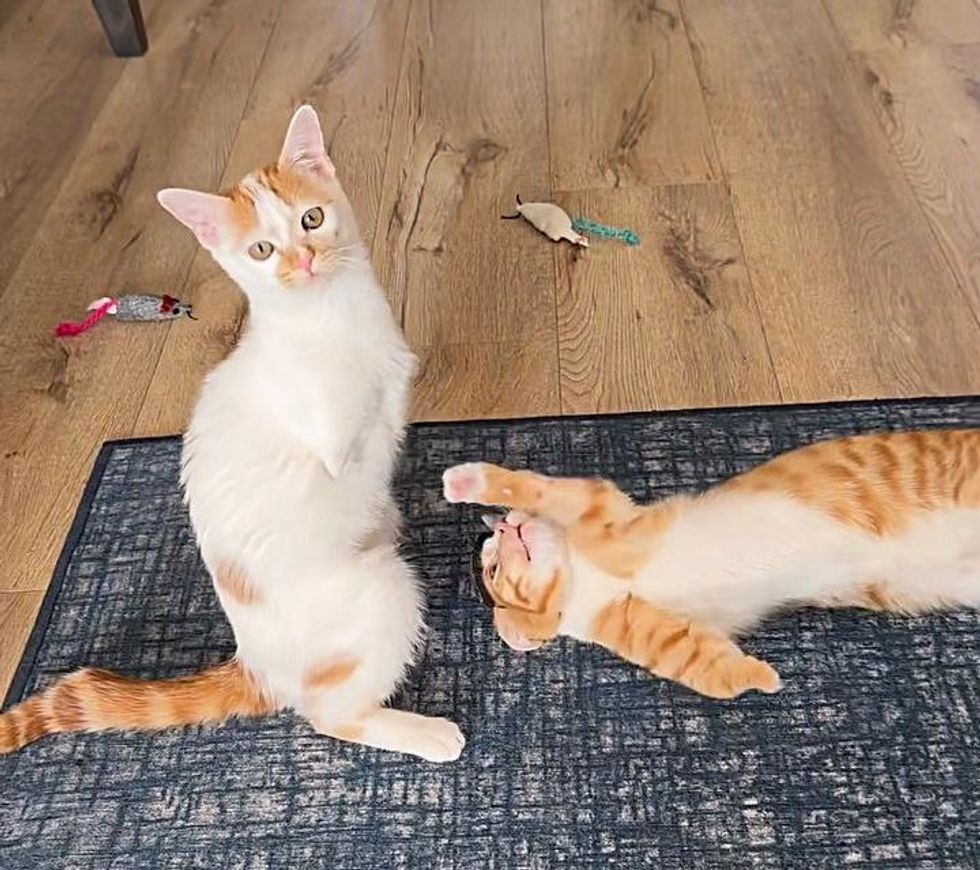 Over the next few weeks, Otter continued to heal alongside his best friend, Bunny, who cheered him on and kept him company. “He is truly a little miracle boy and I’m in awe of his strength, resilience, and tenderness.”

Now, Otter no longer wears his helmet since he has his “titanium skull”. 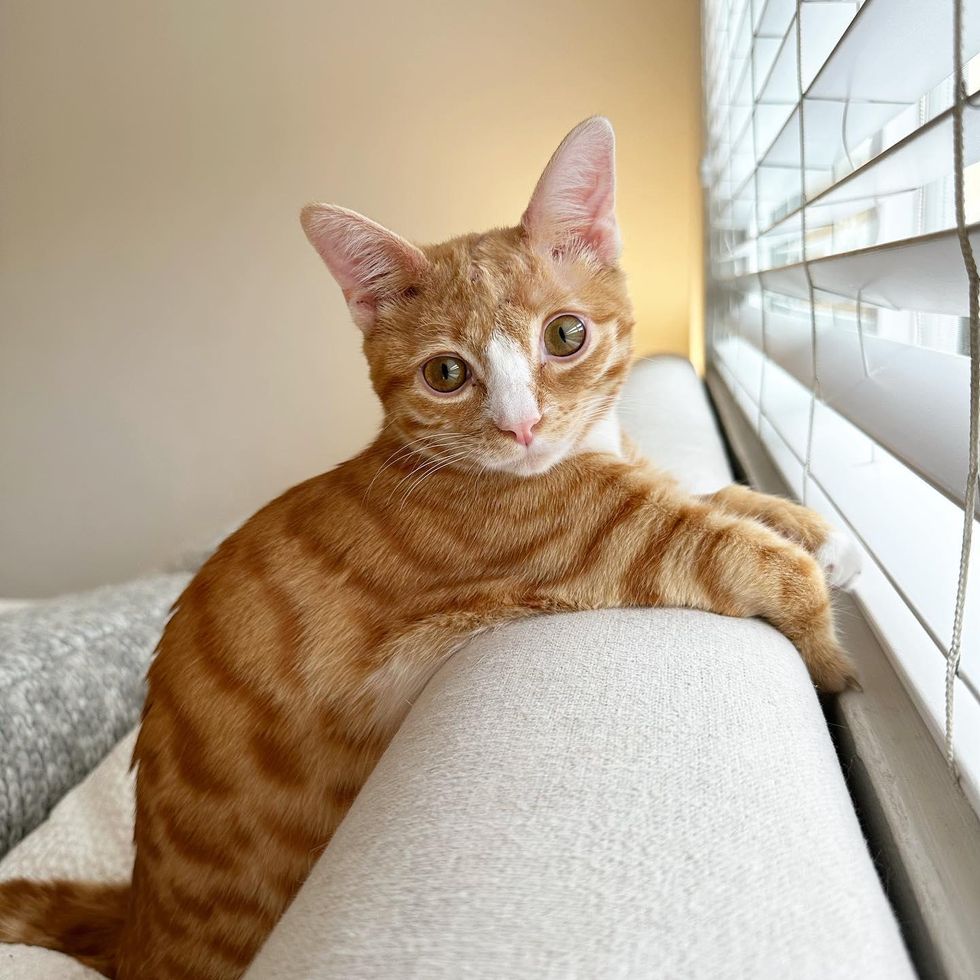 Otter has made a remarkable recovery and is now helmet-freeBabyKittenRescue

“These babies never cease to amaze me. The way they’ve adapted with their disabilities with such ease and joy is truly inspiring to watch.”

After a long journey full of challenges and triumphs, Bunny and Otter are set to embark on their next chapter in life — their forever loving home. 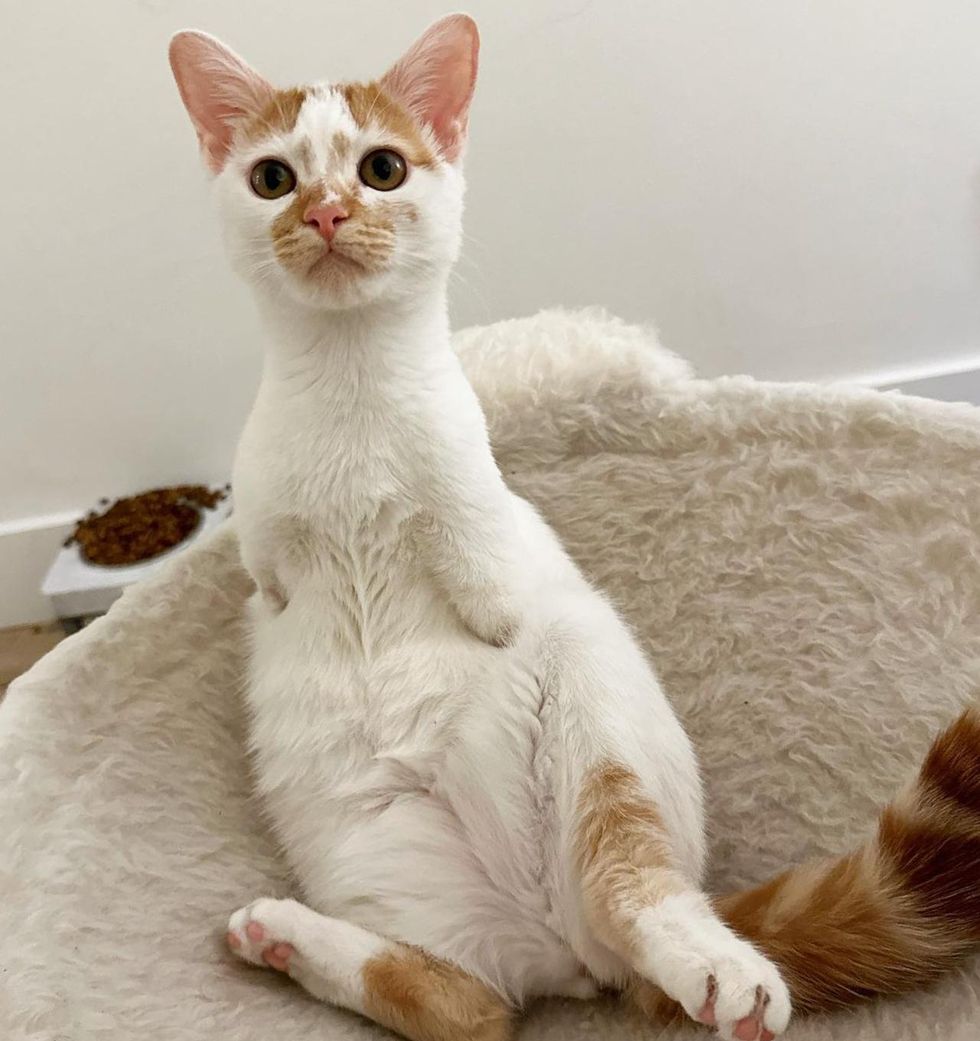 Bunny has blossomed into a happy, cuddly purr machineBabyKittenRescue

They will have a wonderful home with Megan who is head over heels for them. When she first had a meet-and-greet with the kittens, they instantly connected and knew it was meant to be.

“I had full body chills at that first meeting,” Caroline said. 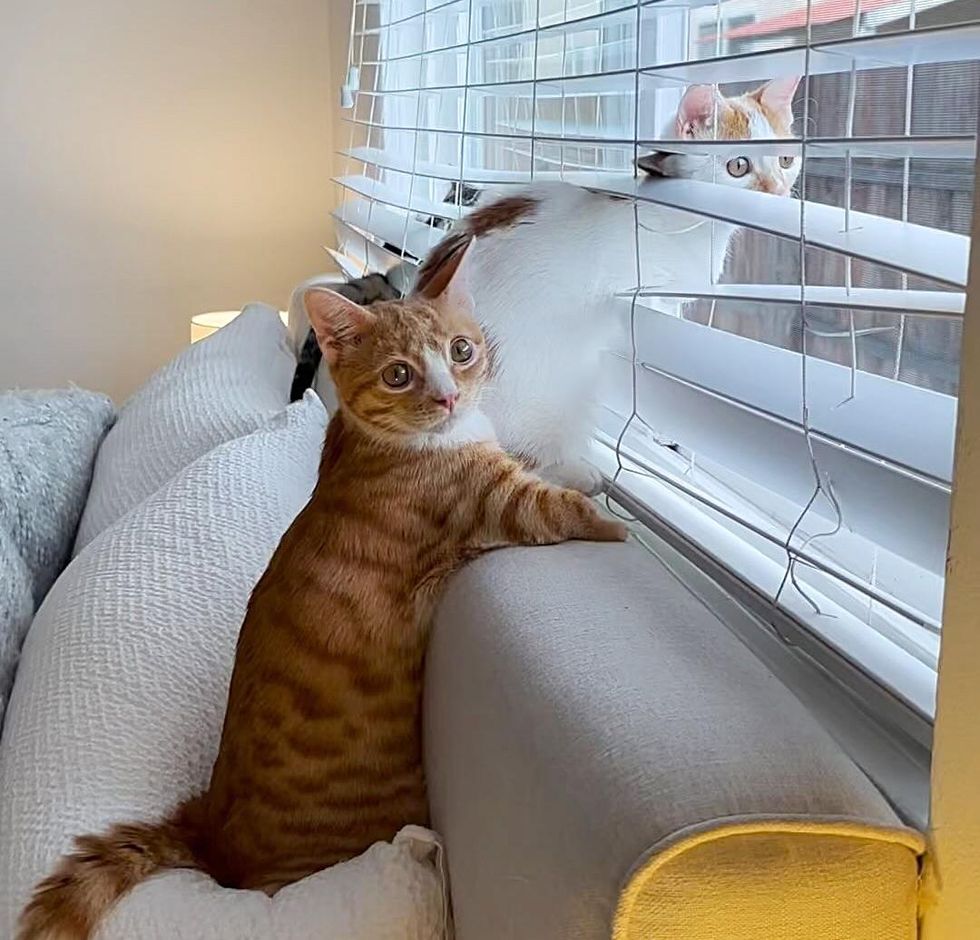 They like to watch Bird TV together by the windowBabyKittenRescue

“Bunny and Otter have captured hearts all over the world and shown that special needs animals can live full and happy lives. They are an inspiration and will continue to be.” 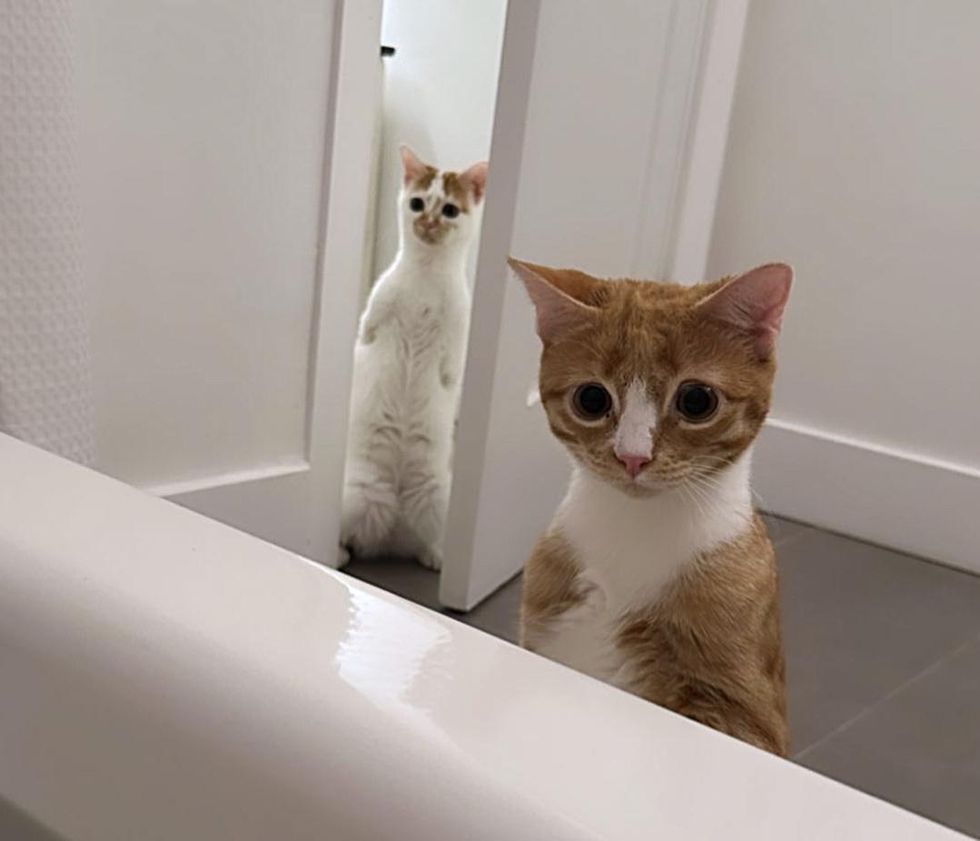 They are inquisitive and like to do everything togetherBabyKittenRescue

Search Launched for the UK’s Most Marvellous Moggy